The chattering-class panic over Covid raves

The condemnation of quarantine raves has nothing to do with the virus. 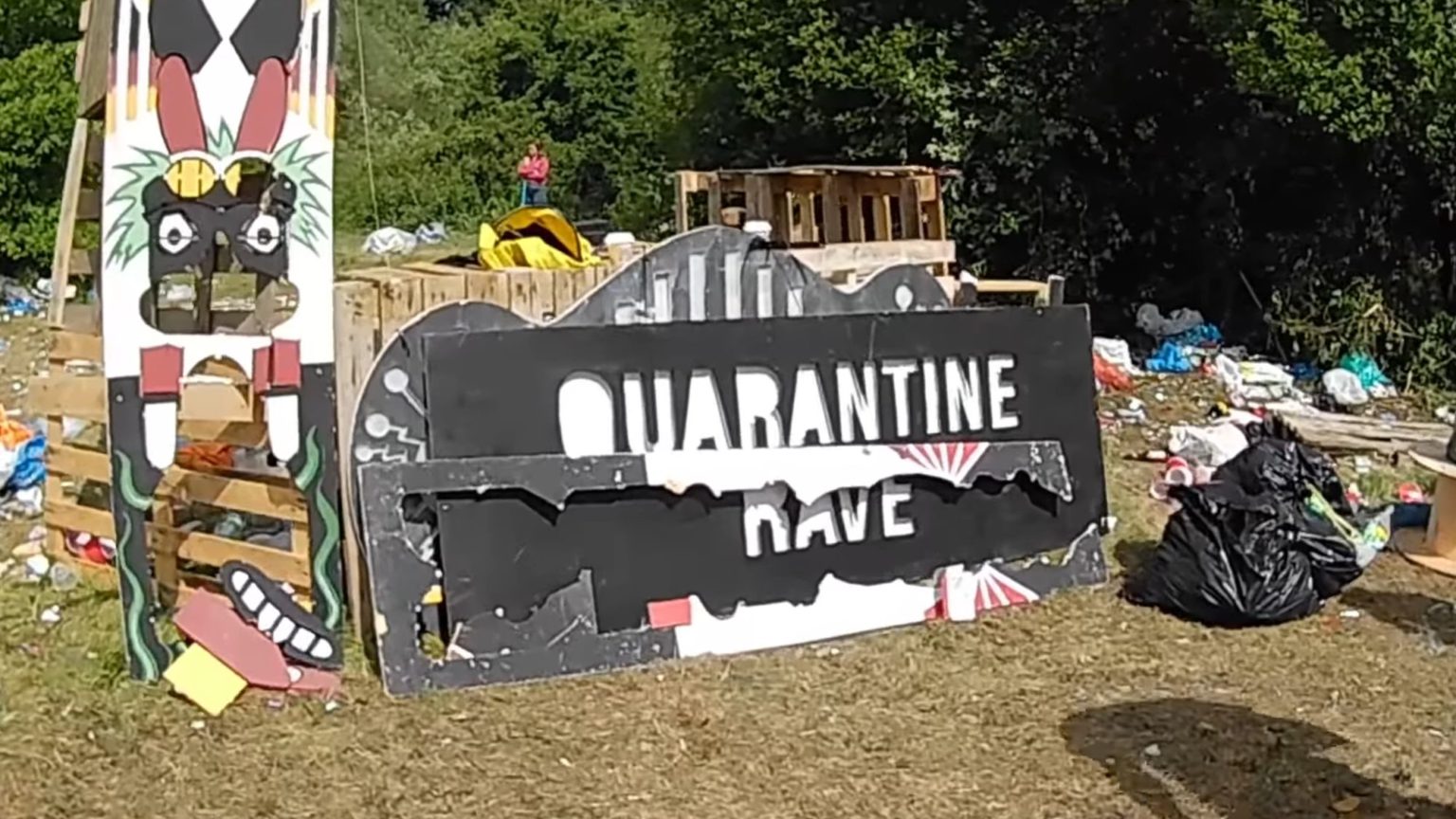 After the Covid-19 pandemic led to the forced closure of bars and clubs, as well as the cancellation of big outdoor festivals, there has been a revival of illicit raves all over the UK.

The first major ‘quarantine rave’ took place in Daisy Nook in Greater Manchester. Some 6,000 youngsters attended the event. It’s like the summer of 1988 all over again, when acid house and warehouse parties were everywhere. And there have been equally outraged condemnations from the authorities and the press to boot.

Since the Daisy Nook event, there have been other quarantine raves in Carrington, Lichfield, Kirkby, near Liverpool, and Stokes Croft, near Bristol. It’s not difficult to work out why these raves are happening now. Thousands of young people have been cooped up in lockdown since March. All of the major festivals have been cancelled for the summer and people are itching for socialising and fun. Even for a social-media generation, viewing smartphones and box sets can’t really compensate for a big night out. That desire to let off steam has intensified the longer the lockdown has been put in place. The Black Lives Matter protests were one way to seek a release from the lockdown – quarantine raves have been another.

But while the #BLM demos and protests have been praised for their righteous social action, ravers and their nitrous-oxide balloons have been condemned. Police have quickly dismantled a number of raves and have issued threats against further gatherings. Even older acid-house heads have been quick to denounce the ravers as ‘Covidiots’. For instance, Alon Shulman, author of The Second Summer of Love: How Dance Music Took Over the World told the Guardian: ‘If we’re putting vulnerable people at risk due to coronavirus, that’s not in the spirit of the summer of love.’

Doctors have been wheeled out to condemn the ravers as irresponsible risk-takers. Apparently, a lack of social distancing combined with an increase in sweat drops flying around will lead to a spike in Covid-19. These idiot ravers will be ‘responsible’ for extending the lockdown, they say. However, when the same causality between mass gatherings and Covid infections was raised in relation to the BLM protesters, we were told that the protests would not lead to the spread of infections. As it happens, there hasn’t been an increase in the rate of infections after the BLM protests. This is largely because the young are less likely to contract the virus or transmit it.

So why doesn’t this logic apply to ravers out in the sticks? What is it about young ravers rather than young protesters that causes such indignation? Thirty years ago, it was the Sun, the Mirror and the Daily Mail that ran moral-panic stories with upside-down ‘smiley faces’ to show their disapproval of raves. Now it’s the Guardian that is discovering its inner tabloid with headlines like: ‘Off their Heads: the shocking return of the rave.’ ‘With the stakes so high, history may not be kind to these young ravers’, the paper warns.

Since the lockdown began, condemning so-called Covidiots has become a pastime for curtain-twitchers who believe themselves to occupy the moral high ground. As with the targeting of ‘lumpen’ beachgoers last week in Bournemouth, liberal opinion is quick to condemn those people who they hate, even when they are obeying the lockdown rules, while supporting those they like, even when they are not.

A concern over the rate of infection has very little to do with it. To these liberals, provincial ravers in nowhere places such as Lichfield and Daisy Nook are full of the type of uncouth proles who the authorities should disperse or arrest. The reporting on the quarantine raves is a classic example of how criminal behaviour is constructed in the eye of the beholder. One lockdown-breaker is a hero while another is a selfish idiot.

Regardless, whether it’s beachgoers in Bournemouth, raves in Bristol or the BLM protests, young people have clearly had enough of the inhumane lockdown. If you’re keeping teenagers and twentysomethings in a state of house arrest for three months, it shouldn’t be surprising that they will find ways to let off steam. Rather than arguing for the government to maintain lockdown restrictions, all young people should be allowed to take their lives and their summers back. And this should apply to protesters and ravers alike.

Neil Davenport is a writer.