The hatred for ‘Karens’ is out of control

The ritualistic humiliation of white women shows how poisonous identity politics has become. 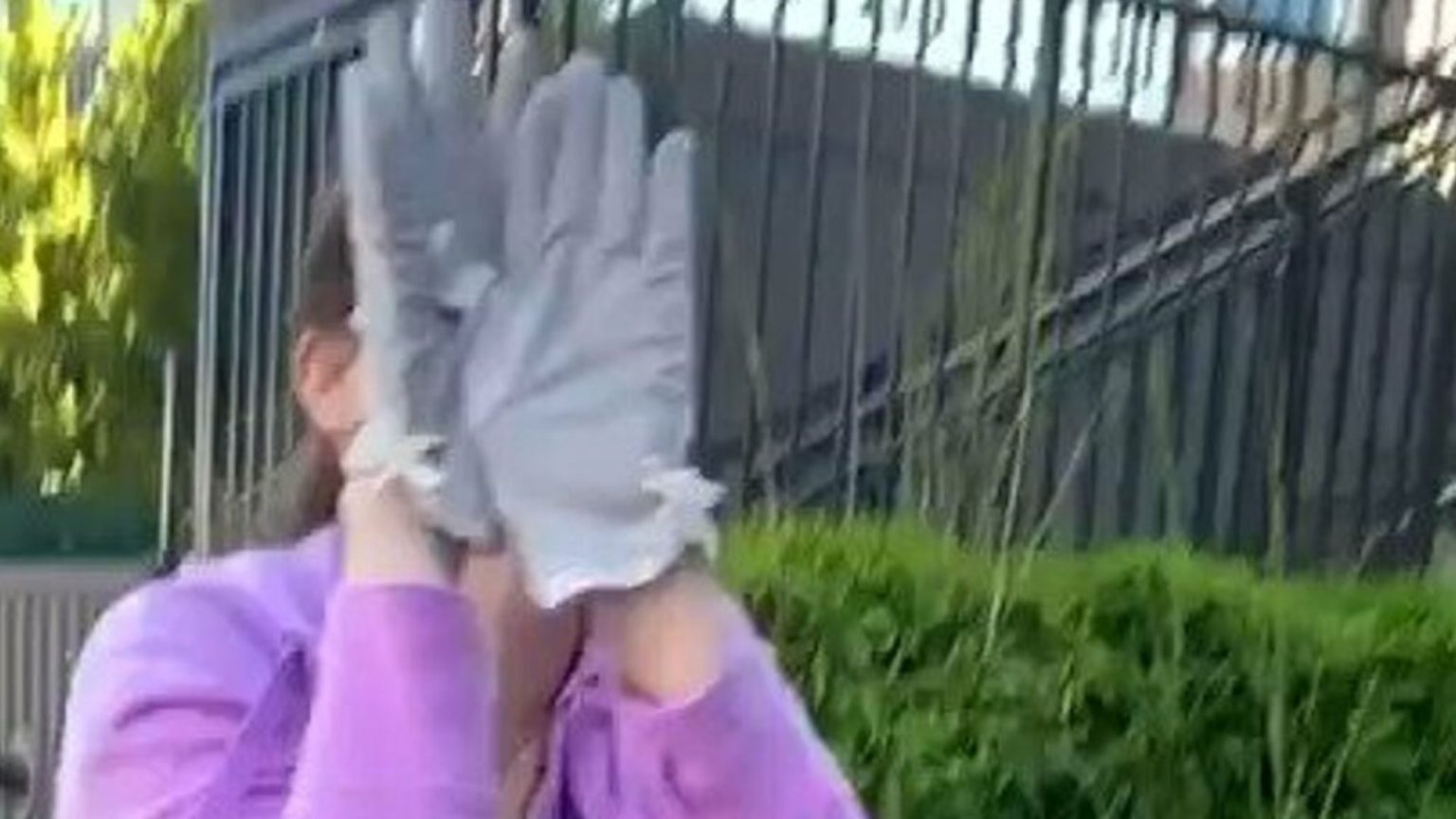 It’s 2020 and one of the most popular trends on the internet is the ritualistic humiliation of women. Specifically of white, usually middle-aged women. They’re called ‘Karens’. And the hatred for them is off the scale. It has become a bloodsport. Mobs of the supposedly virtuous love nothing more than to hunt these women down, film them, post the content online, and then sit back and watch as the women’s lives are destroyed by armies of Karen-haters. Women have lost their jobs, gone into hiding, issued desperate, Salem-like denunciations of themselves in a bid to save some shred of their reputation. Let’s call it what it is: modern-day witch-hunting.

The latest witch to be ritualistically humiliated by the Karenfinder Generals is known only as Leah. Her public shaming has actually caused controversy, suggesting that the wheels might finally be coming off the Karen-hating juggernaut. The shaming ritual took place in Seattle this time, when a black man called Karlos Dillard followed the woman to her home after they allegedly got into an argument while driving their cars. Dillard says Leah stuck her middle finger up at him and called him a nigger. Leah says this didn’t happen. It later transpired that Dillard has something of a history of hunting down ‘Karens’ and accusing them of saying things they didn’t say.

The video makes for deeply disturbing viewing. The woman is incredibly distressed. She shakes and weeps as Dillard films her and humiliates her. What makes it even more chilling to watch is that this woman – unlike some of the Karens previously caught on camera – knows exactly what is happening. She knows that she has found herself at the metaphorical stake; she knows she is being named and shamed as a witch and that her life could completely fall apart. ‘He wants to say I’m a Karen’, she weeps as she covers the license plate of her car in a desperate effort to remain anonymous and protect herself from the mass harassment, threats of violence and potential job loss that always follow the exposure of a witch to the baying virtue-signallers of social media. We are witnessing a woman fighting for her life.

The power dynamic in the video is striking. The new racialists of the regressive left and the identitarian movement would have us believe that the white woman has all the power. She is higher up than the black man on these people’s ridiculous, politically illiterate, class-ignoring identity lists in which every racial and gender group is ordered according to whether they are privileged (bad) or oppressed (good). Even the fact that the woman is weeping is held up as proof of her privilege and power. She is, according to the new regressives, using her ‘white women’s tears’ to signal her dominion over a black man who merely wants justice for the fact that she allegedly flipped him the bird. This is patent nonsense, and anyone who still retains the ability to think independently knows it is. The power in this chilling video lies entirely with the man wielding his cameraphone as a tool of humiliation, of public shaming, akin to when someone in the 1600s would point a finger at a woman and declare: ‘I saw her cavort with the devil.’

The most important thing here is the question of where the Karenfinder Generals derive their power from. It comes from the insatiable appetite among identitarian reactionaries for mis-speakers or wrongthinkers they can ritualistically denounce and destroy. It is this warped social-media appetite for spectacles of shaming, for being part of a virtual mob that takes to task an allegedly evil person, that bolsters and empowers people like Karlos Dillard. It is reported that he has a strange obsession with Karens and he is even selling anti-Karen t-shirts through his Instagram page. This speaks to the extent to which Karen-shaming has become a kind of industry. There are memes, there is branded clothing, and there are of course the videos of exposed and shattered Karens which are watched and shared millions of times. Dillard was able to reduce Leah to a weeping wreck desperately trying to remain anonymous because of this broader, entrenched and increasingly misogynistic culture of seeking out white women to revile and tear down.

One of the great ironies of the witch-hunting of Karens is that the people doing the filming and public shaming are far more Karen-like than the women they humiliate. The Karen prejudice is built on a view of certain middle-class, often middle-aged, white women as uncouth and arrogant and given to complaining. They always want to ‘speak with the manager’. But no one wants to ‘speak with the manager’ as gleefully as the Karenfinder Generals. Their entire mission is to report on ‘problematic’ people to the managers of acceptable thought, to the bosses of correct-think: the new PC elites. Their thirst for tearing people down for doing or saying something wrong utterly overshadows the instinct to complain that any middle-class white woman might have.

Consider the recent Central Park incident in which a woman called Amy Cooper called the cops on a black man called Christian Cooper (no relation) and claimed that he was harassing her when in truth he was reprimanding her for letting her dog off its leash in a part of the park where you’re not meant to do that. Amy behaved badly in this incident. But as Robert A George argued in the New York Daily News: ‘[Christian] is the “Karen” in this encounter, deciding to enforce park rules unilaterally and to punish “intransigence” ruthlessly.’ Amy Cooper’s life has been shattered by this Karen-shaming incident: she lost her job and her dog.

Or consider the case of Lisa Alexander, the CEO of a San Francisco-based cosmetics company who was recently filmed by a Filipino man after she asked him why he was writing ‘Black Lives Matter’ on the wall outside a private residential property. Alexander may have been wrong to presume that this Filipino man couldn’t possibly live in one of these plush private residences, but she is polite, patient and not remotely racist during their encounter. At one point the man even suggests that she call the police and she looks shocked and says: ‘I don’t want to call the police.’ And yet she was put online, shamed across the world, lost business as a result, and then issued a self-denouncing confession in which she accepts, essentially, that she is a witch. ‘I did not realise at the time that my actions were racist’, she said. ‘I am taking a hard look at the meaning behind white privilege and am committed to growing from this experience.’

It all gets more Salem-like by the day. Just as accused witches of old could never deny the accusations against them – denial often carried a greater penalty than confession – so Karens today must immediately confess to the sin of racism if they want any hope of at least partially saving their reputations and their futures. As in earlier outbreaks of witch-hunting, Karen-hunting puts women into a bind. If they deny the charge of racism, that is held up as proof of just how racist they are. If they confess to the charge of racism, that is of course also proof of their foul, evil minds, of their possession by the demon of race-hatred. Lisa Alexander’s confession of wickedness and promise to re-educate herself on the evils of white privilege sums up how religious the identitarian outlook has become. She is in essence on her knees begging for salvation, pleading for redemption, offering to do the intellectual penance of learning the horrible truth about her ‘white privilege’ – that is, her sinful state, her fallen nature.

This week Meghan Murphy wrote about the misogynistic origins of Karen hate. She traced the emergence of anti-Karen sentiment in sexist threads on Reddit, naturally. Murphy is completely right when she says that a ‘male-centred’ left has ‘successfully made woman-hating trendy’. But the cult of Karen-finding also speaks to how regressive the entire identitarian worldview has become. This new, supposedly left outlook has become toxic and cult-like. It has nothing to do with analysing inequality in society or positing a vision for a freer, fairer future. Instead it deals exclusively in the politics of denunciation and censure. It shames wrongthinkers, humiliates problematic whites, rages for the censorship of anyone who holds views that differ from the BLM view, and casually, happily destroys anyone judged to have committed a thoughtcrime.

Most importantly, the identitarian cult has turned the accusation of racism from a considered charge made against people who genuinely demonstrate racist behaviour into a kind of religious denunciation of anyone judged to be difficult, wrong or simply white. Which of course means the accusation cannot be countered by rational means. Once you have been seen cavorting with the devil, even though you didn’t, it’s game over. Your life will fall apart. This is why Karen-shaming is such an important thing to challenge: because it speaks to the entirely regressive nature of a new left that thinks in terms of sin and punishment rather than political analysis and social change.