Why don’t the zombie media apologise and resign?

Their abuse of the truth is far worse news than anything Dominic Cummings did in Durham. 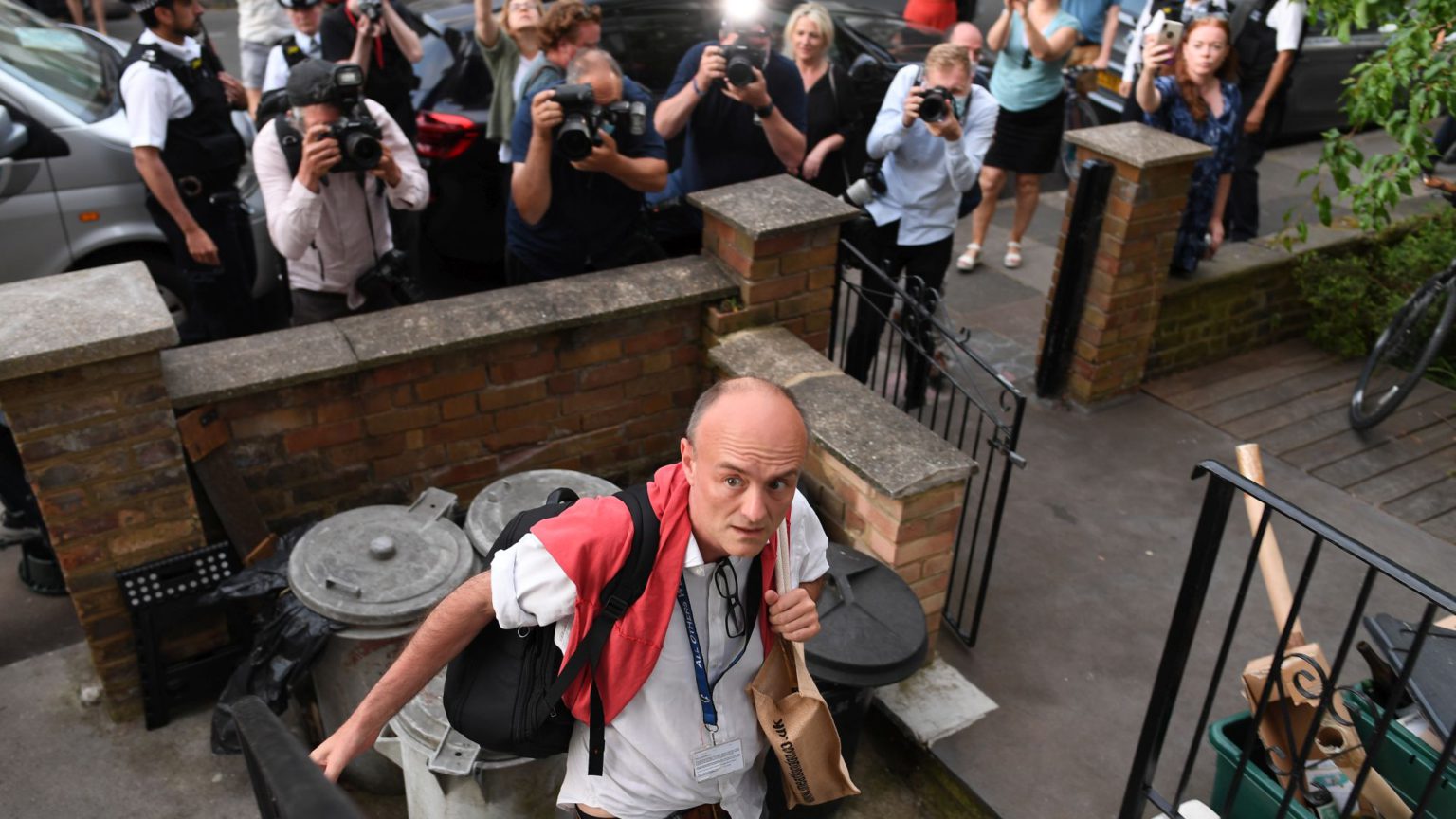 The Dominic Cummings affair has confirmed one more casualty of the terrible coronavirus crisis. After a long and lingering decline, it seems time to announce the death of objective journalism and the pursuit of truth in much of the British media.

Nobody has to like Cummings, special adviser to Tory prime minister Boris Johnson. But there is no justification for many media outlets’ frenzied, one-eyed, pitchfork-and-noose-waving witch-hunt of him in recent days.

Indeed, after Cummings’ unprecedented press Q&A yesterday, where he refuted the major media allegations against him and batted away demands that he say sorry and step down, one question remains: why don’t the Remainstream media apologise and resign?

After all, leading newspapers and broadcasters have been exposed as unethical serial ‘truth twisters’, to borrow the phrase from that bitter Remainer civil servant on Twitter. Yet the zombie media staggers on, lashing out at anything or anybody associated with Boris and Brexit.

It would have been right and proper for the news media to ask serious questions about Cummings’ 250-mile trip from London to County Durham in north-east England during the lockdown. Unfortunately, the agenda-obsessed, axe-grinding wings of the UK media were not interested in asking serious questions. They were already certain that Cummings must be guilty of breaking the lockdown law because, well, he’s ’orrible Dom, isn’t he?

So from Friday, the Labour-supporting Guardian and Daily Mirror cooperated to publish a series of reports asserting an escalating charge sheet against Cummings: that he had not only shown contempt for the lockdown by visiting his parents in County Durham, but was also being ‘investigated by police after breaking coronavirus lockdown rules’. Worse, they assured us on Sunday, even after returning to work in Whitehall he had ‘ignored lockdown rules for a SECOND time to visit parents’.

Outrageous! Off with his baldy, beanie-hatted head! Just one problem. The damning allegations turned out to be essentially untrue.

As Cummings detailed on Monday, he had not waltzed off up north to pop in on his ageing parents while suffering with coronavirus. Fearful that both he and his wife would be too ill to look after their child, he had taken his family to self-isolate in separate accommodation on the family farm, where his sister left food outside the front door and his 17-year-old niece was on voluntary standby to care for the child in an emergency.

Moreover, as made clear in a clarifying statement from Durham police issued shortly before Cummings’ press conference, he had not been investigated or even spoken to about breaking lockdown rules. Instead the local law had merely given his parents some security advice around his stay there. Police apparently had no other concerns about Cummings’ actions.

And to top it all, there is no evidence to support the killer allegation that Cummings had flagrantly returned to County Durham to visit his parents on a second occasion, this time apparently with no excuse at all. This story, based on one witness who claimed to have seen a man fitting his appearance, was splashed across the front pages of the Guardian / Observer and Mirror, and broadcast as headline weekend news by the BBC and everybody else. Yet as Cummings spelled out, he was working back in London on the dates in question, a claim he said could be backed up by his phone and tracking data and, no doubt, by the CCTV that covers the capital.

Here’s the thing. The Cummings-obsessed media that have been screeching about principles, rules and ethics for days quickly turned out to be feckless and footloose with their own moral standards and the principles of good journalism. They plastered the news with ‘facts’ that were false and ‘evidence’ that was anything but, all because it suited their biased pursuit of Boris’s man. That is far worse news for democracy and a free society than anything Cummings might have done in Durham.

Objective journalism might be dead in some powerful arms of the press and TV. Yet in the face of the facts, the zombie media carries on with its zealous crusade. As the unprepossessing Cummings outlined his case on Monday, you could almost sense some wiser heads starting to see that things were not quite as they had assumed.

Other leading media lights, however, ploughed on down their furrow of endless outrage regardless, demanding again and again to know why Cummings refused to resign from his position or to apologise to the public for, err, not doing anything wrong. These modern crusaders in journalists’ garb appear more interested in spouting soundbites that they can tweet than in discovering the truth; more concerned with accumulating online followers than unearthing the facts of the matter.

Many people might be sympathetic to the argument that there should be no special treatment for Cummings as a government adviser. Yet the ‘special treatment’ he has enjoyed from the media involves being singled out for a kicking. The reason for this particular attention is, of course, Brexit.

The Remainstream media despise ‘Dom’ as a major figure first in the victorious Leave campaign and then in Boris’s triumphant ‘Get Brexit Done’ election campaign. It is no surprise whatsoever to see that those getting most carried away with the campaign to have him hanged, drawn and quartered are arch Remainers in politics – with the Lib Dems and SNP fronting the lynch mob – and in the media, such as the Guardian, Mirror and BBC.

Their loathing of the democratic vote for Brexit means the gloves come off when there’s a chance of hitting Boris or Cummings, however far below the belt. It has been nauseating to see the media effectively egging on lowlife abusive ‘protesters’ outside the Cummings family home. Some have sunk even lower. The Guido Fawkes website reported that one self-styled Guardian reporter and ‘champion of the underdog’ had chalked an insulting message on Cummings’ street, then photographed the daub as ‘news’. Imagine the reaction if, say, a Sun snapper had done that outside Jeremy Corbyn’s home?

Talking at Monday’s media event about reports of many people being angry at his behaviour, Cummings said, ‘There is understandably anger, but a lot of that anger is based on reports in the media that have not been true. People have shouted at me in the street, “Why did you go back to your parents?”, but I didn’t do that.’ When another hack demanded to know what he would say to the new Tory voters in northern seats who now reportedly want him to go, Cummings calmly replied that he would tell them they ‘should not believe everything they read in the newspapers or hear on the TV’.

It is fair to assume that neither of those statements appeared in many zombie news headlines.