The scaremongerers must be defeated once more if we are to recover our freedoms. 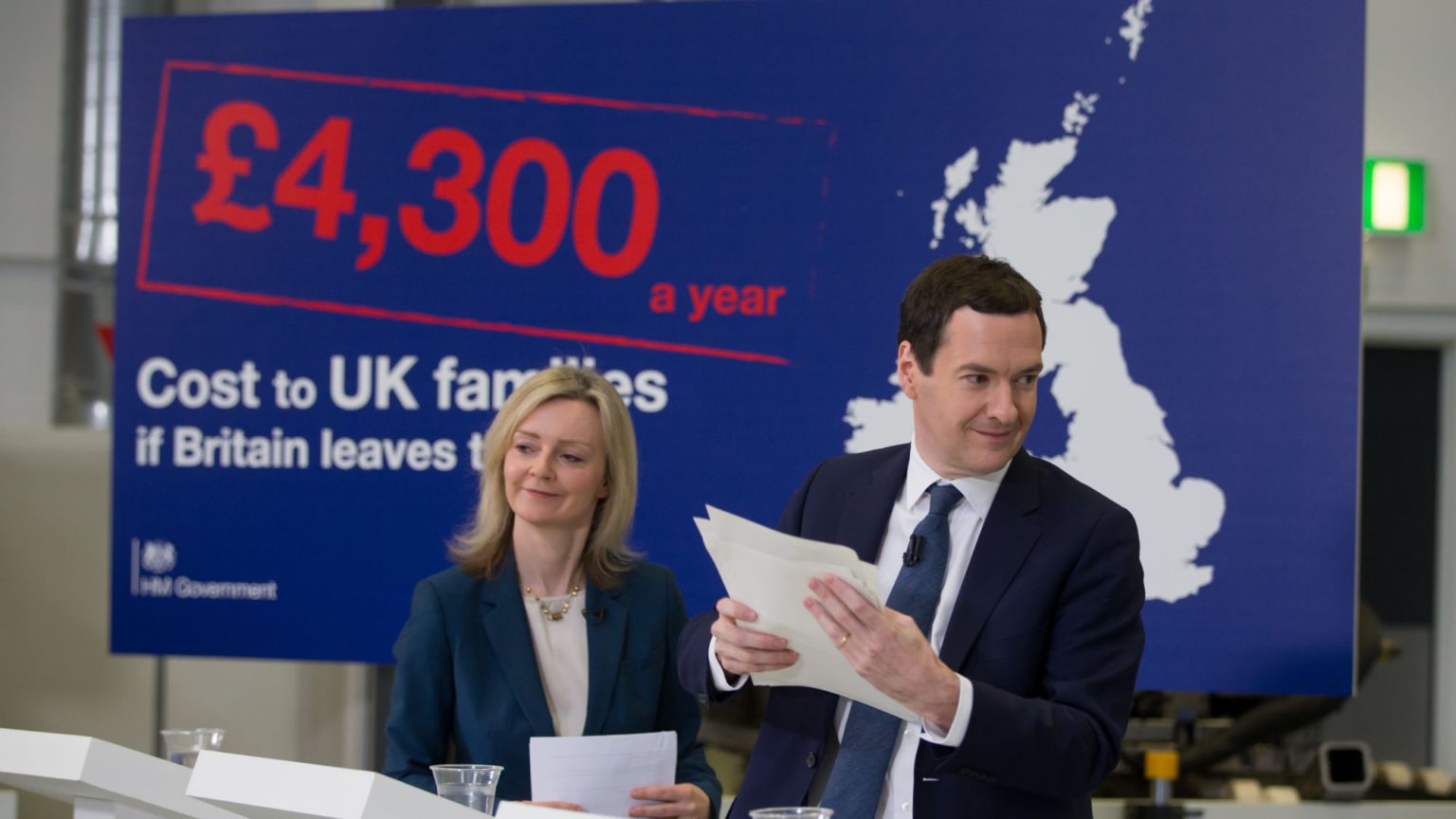 Lockdown sceptics are the latest group to be cast out by the mainstream and labelled as heretics. We have all seen what happens to those who dare to question the most extensive and widespread restrictions to everyday life ever imposed by a British government. The klaxon sounds, the red lights flash, and the Angry Brigade descend. And that is just the social aspect. Some critics of lockdown have faced censorship – YouTube has removed videos and Facebook has removed posts which are critical of lockdown.

Supporters of the present lockdown measures claim that Covid-19 presents an unprecedented risk to public health. But there is much about this crisis that is far from unprecedented. In fact, the government and the media’s response is starting to resemble Project Fear. Despite its defeat in the battle over Brexit, Project Fear is alive and well in the age of Covid.

In the run-up to the 2016 EU referendum, the message from the Remain establishment was clear: vote Leave, and there will be a recession. Jobs will disappear, companies will flee the UK and the average household will be thousands of pounds worse off. The then prime minister even warned that Brexit could trigger a third world war.

Once we actually voted to get out, the hysteria amplified. There were warnings of shortages of medicine and food. The NHS began to stockpile body-bags. Some medical experts even predicted an outbreak of ‘super-gonorrhoea’. Sex sells, I guess.

The cry was that the referendum result must be ignored or rerun to save the country. Apparently, people didn’t know what they were voting for the first time round. They were lied to. They were thick. They were racist. But most of all, a ‘hard Brexit’ – a term invented after the vote itself – could not be allowed. (The meaning of ‘hard Brexit’ changed depending on who you asked – the EU used ‘hard Brexit’ to refer to No Deal, whereas many Remainers used it to mean any kind of departure from the Single Market or Customs Union.) If such an exit were to happen, we were told, we would run out of everything and the country would grind to a halt – all because some idiots in Sunderland wanted their country back. It was simply not permissible.

The refusal of enough voters to buy into the ever-more desperate cries of the flailing Europhile elites meant, blessedly, their efforts ended in failure. It is now widely accepted that Brexit will happen, even by the once enthusiastically pro-Remain Labour leader Keir Starmer. But no sooner had Project Fear been defeated than it was revived by Covid-19. It is a strange irony indeed that a deadly virus has given new life to an otherwise moribund political movement.

Lockdown fanatics cannot understand why anyone would disagree with them. They conclude that their opponents must be stupid, ignorant and extremely right-wing. They say that those who oppose the lockdown would not hold the views they do if they had any real understanding of the issue at hand – or if they had any compassion for those suffering from the virus. Sound familiar? At heart, it is the same refrain that was deployed against Brexit – my opponents are simply dumb and nasty.

What is most striking about all this is that the screechers have not learned their lesson. After years of ever-more absurd fearmongering, which ultimately ended in demoralising failure, they have decided to double down and use the same tactics again. The 2019 election post-mortem seems to have concluded that people were not listening, and therefore the shouting must be made louder. It appears that the more clearly people reject the scaremongerers, the more hardline they become.

That the fearmongers seem uncomprehending of any pushback against lockdown simply demonstrates how utterly convinced they are that they have a monopoly on the truth. How can they be surprised that, after years of crying wolf, some people do not trust their predictions anymore?

In the case of coronavirus, the scaremongers hit detractors with their apparently superior understanding of ‘the science’, which they present as a monolithic and unified gospel. They hold up Professor Neil Ferguson’s apocalyptic modelling as proof they are right. Of course, it is now abundantly clear that his prediction of half-a-million deaths was way off the mark.

On this, as with many issues, the fanatical scaremongerers live in a world of make-believe, in which everyone important agrees with them. Scientists and doctors who take a different approach – of whom we are seeing an increasing number – are viewed as the enemy because they undermine these people’s claim that they have all the clever people on their side.

There have always been reasons to be concerned by coronavirus. Some restrictive measures were no doubt necessary to slow the spread of infection and lessen pressure on health services. Similarly, it is understandable for people to worry about the economic impact of Brexit.

But telling the public that they face Armageddon if they do not follow your instructions is a dangerous and reactionary approach to politics. It has already done great damage to the elites in this country by revealing their contempt for ordinary people. It has demonstrated that they do not trust us. And it has shown them up for what they often are – just as at-sea in predicting the future as the rest of us.