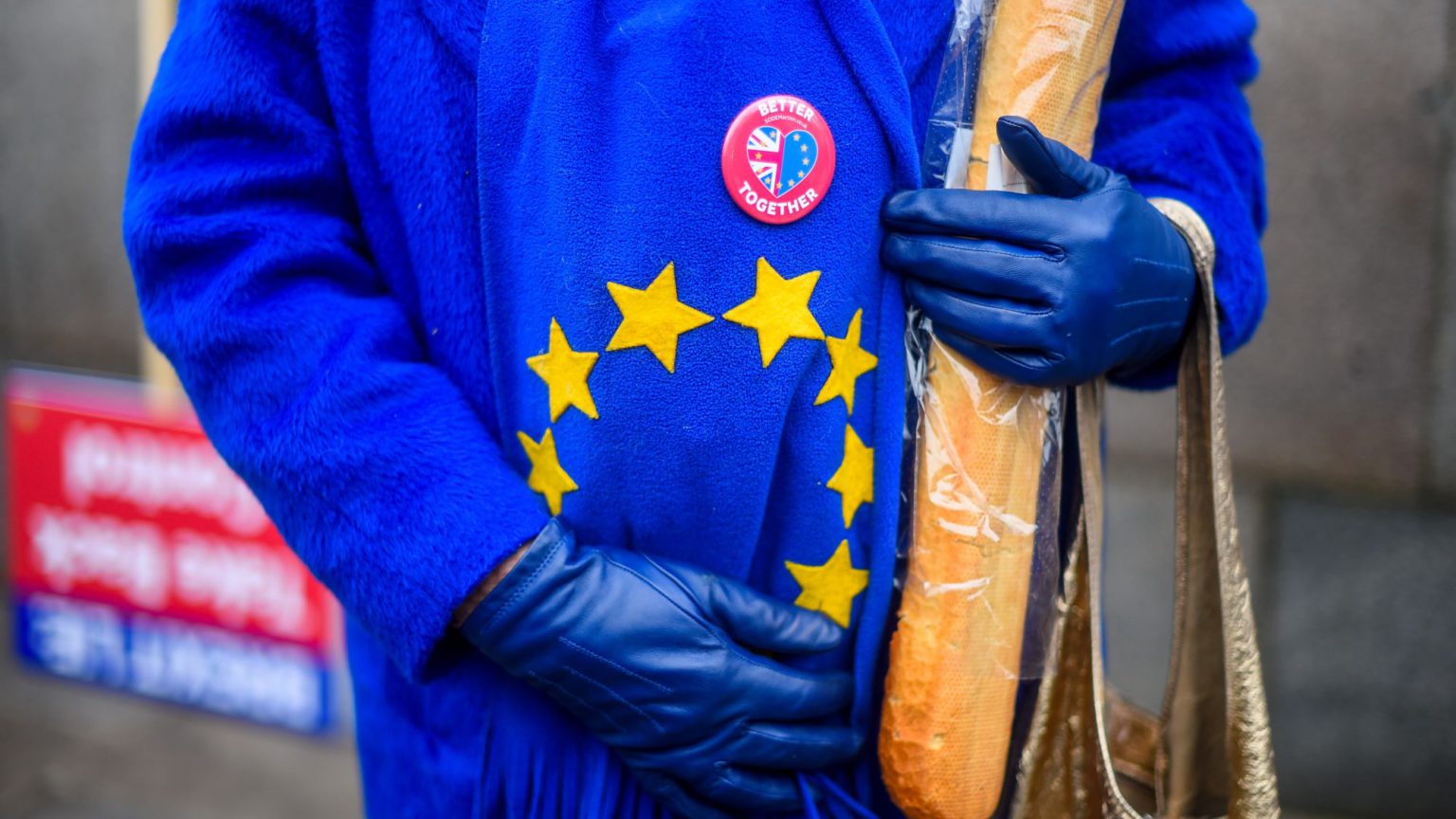 One of the most enduring myths of recent years is that the pro-Remain, pro-EU movement is the home of tolerance, open-mindedness and intellectualism. The reality is that notable elements within it are aggressively anti-democratic and spectacularly uninformed. There is also a dark ‘Fortress Europe’ underbelly to the Remainer movement, which scoffs at the thought of the UK rebalancing its global interests by strengthening political ties with developing Asian and African members of the Commonwealth.

The Remain campaign, supposedly outward-looking and internationalist, supported EU free-movement arrangements that created a two-tier British immigration system, in which predominantly white European migrants were the beneficiaries of preferential treatment. Meanwhile, non-white Brexiteers have been subjected to racially motivated Remain slurs for ‘stepping out of line’ on issues such as immigration and border security. Indeed, some Remainers have even dubiously cited non-EU migration as a factor in the Leave result being delivered back in June 2016.

More recently, in an insulting act of historical revisionism, the worst elements of the pro-EU brigade sought to reframe the defeat of Nazism in the Second World War as a ‘collective European effort’. In doing so, they completely disregarded the contribution that Americans, South Asians, Caribbeans, Africans, Brazilians, Canadians, Australians and New Zealanders made to that fight. By the end of the Second World War, the British Indian Army had become the largest volunteer army in history. The King’s African Rifles (KAR) was involved in military campaigns against Italian forces in East Africa, Japanese forces in Burma, and the Vichy French in the 1942 Battle of Madagascar. At the D-Day beach landings, American and Canadian forces joined their British counterparts in the Allied invasion of Normandy under Operation Overlord. Australia supported efforts against German and Italian aggression as part of the British Commonwealth and Empire, as well as fighting alongside the UK and US against Imperial Japan in the Asia-Pacific region. New Zealand was involved in various theatres of war, too, including the Mediterranean, North Africa and the Pacific. And it remains a little-known fact that Brazil sent an expeditionary force to support the Allied Forces’ Italian Campaign.

One of the most moving images I came across on the recent VE Day anniversary was of two elderly gentlemen, Alford Gardner and Lionel Roper. As young men, both travelled from Jamaica to join the Royal Air Force (RAF) during the Second World War. It is war heroes like these, born and raised in the Caribbean, who are, in effect, whitewashed by the #FBPE set’s Eurocentric views of the war.

The argument made by some Remainers, that VE Day should be celebrated in the UK as a ‘European Day’ of continental solidarity, obscures the contributions of non-European servicepeople to the broader Allied effort to defeat Nazism. It also conveniently ignores the reality that two of the main aggressors defeated in the war – Germany and Italy – are two of the larger EU member states by population. During the war, another major member of the EU, Spain, gave the go-ahead for the creation of the Blue Division – a Spanish volunteer unit that assisted Nazi German efforts on the Eastern Front. Belgium – the home of the EU’s Brussels bureaucratic machinery – originally espoused an official policy of neutrality.

Leading Remainers routinely caricature Brexit voters as Little Englanders, driven by fact-free, irrational jingoistic impulses. But this is precisely what many Little Europeans on their own side are guilty of.