We don’t need a lockdown to enforce good behaviour

The public has internalised the spirit of the rules. Now we must be free to find our way out of this. 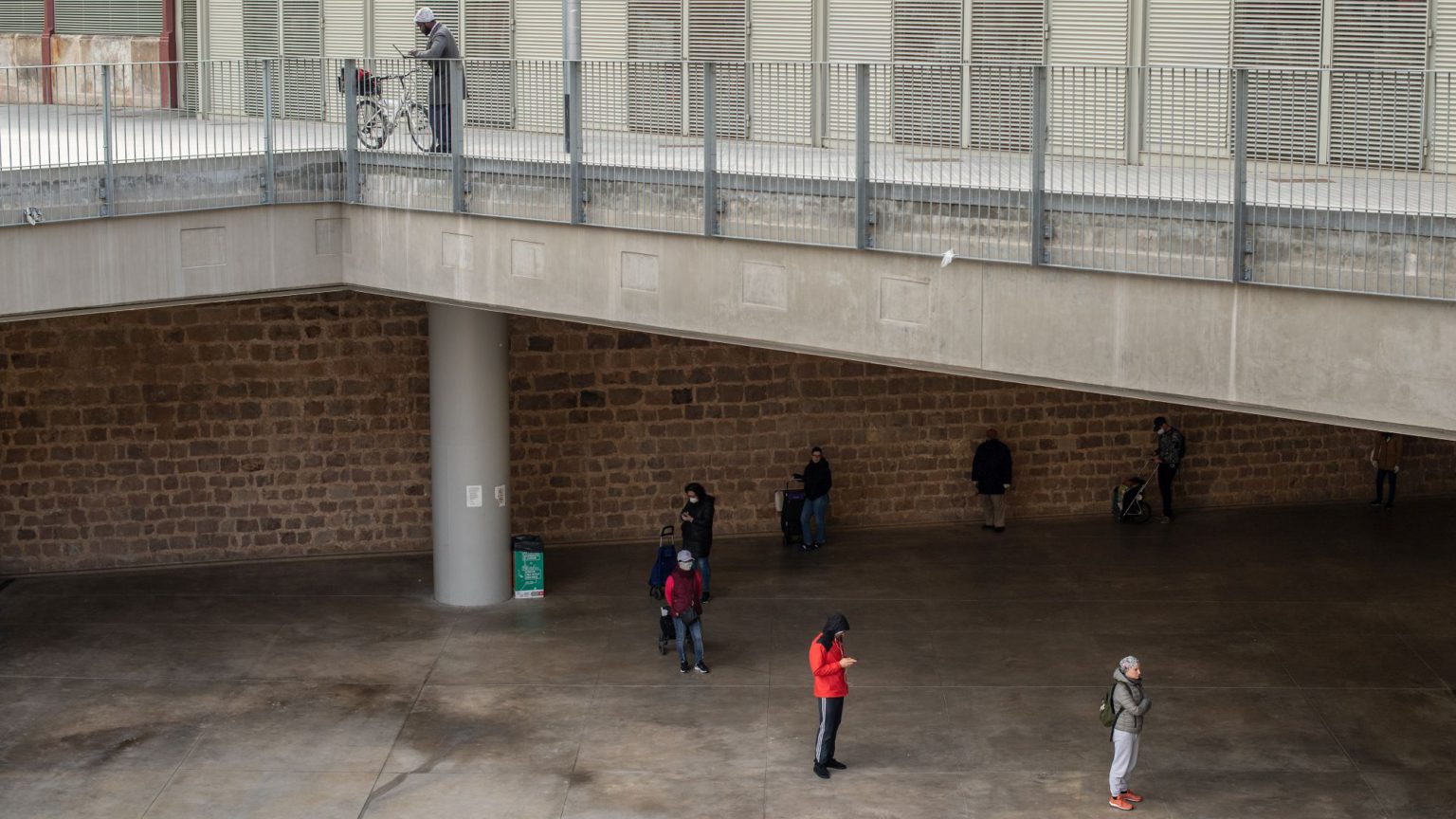 Widely reported research from King’s College London suggests that 48 per cent of people can be characterised as ‘accepting’ of lockdown (following the rules and coping reasonably well), while 44 per cent are ‘struggling’ with it, but remaining compliant. Only nine per cent are described as ‘resistant’ – less worried about the virus, and less likely to follow the restrictions.

As someone who is very much ‘struggling’ with the loss of autonomy inflicted by lockdown, and deeply sceptical of the rationale for continuing with it, I would love to believe that the surveys showing continued public support for lockdown have got it somehow wrong. I look at the increasing numbers of people wandering about in my town, and listen to the cars roaring outside my house, and wonder whether people are in fact ‘resisting’ – but in their own personal way. Are they pretending they support lockdown while carrying on as normal in their own lives?

But that really would be wishful thinking. People might be chatting to each other more freely when out on their daily walks, but they are not going to work. They are driving around locally, but the trains that run behind my garden remain stubbornly empty. Teenagers are going for walks in pairs – a sight made more incongruous by the conspicuous absence of groups of kids hanging out or playing football in the park. Interactions in shops, and the queues outside them, are friendly, considerate, and tedious. The schools are empty. Nothing is ‘normal’ – things just seem less tetchy and abnormal than they did six weeks ago, when nobody knew how to behave with each other.

Is this a bad thing? Well, it’s certainly not how I want to live the rest of my life. But at the same time, there is something about people’s capacity to get on with this strange, submerged version of living that speaks to our ability to navigate social relationships in trying times. At the moment, a toxic combination of an infectious disease, official rules and cultural trends is working very hard to pull us apart, and yet people are still managing. Acknowledging this might go some way to tempering the trepidation with which the government, and the public, seems to be approaching life post-lockdown.

In her classic 2004 book, Watching the English, social anthropologist Kate Fox skilfully describes the myriad implicit rules that govern our behaviour. These are not laws that regulate from above. They are part of an ingrained etiquette. Fox shows how the subtleties of class distinction weave into all features of behaviour and conversation, and how people deploy an armoury of indicators of disapproval to keep others in line (for example, the under-the-breath tuts aimed at queue-jumpers). The book is acutely embarrassing to read, but also heart-warming for its acknowledgement that people don’t need officials to write the rules of behaviour on the wall: people can work them out themselves, thank you very much.

The UK government’s initial approach to the Covid-19 crisis was a self-consciously pro-social strategy. It relied on people to accept the need to modify their behaviour and conventions to reduce the transmission of infection: avoiding hugs, handshakes and crowded social gatherings. It was awkward and confusing at first, particularly when odd forms of behaviour were proposed as alternatives (did anyone actually get with the elbow bump?). But it was striking, too, how much people tried to take it on and muddle through. Confronted with a major and novel threat to their own health and that of others, people were willing to find different ways of relating to one another for a while.

When this approach was suddenly ditched in favour of an official, centralised strategy of lockdown, the dynamic shifted. Now we had a rule book – which was certainly easier to follow, as it removed the moral responsibility for working out for ourselves what to do. Given the ramping-up of fear and panic that provided the context for this new strategy, it is perhaps not surprising that many welcomed it at the time. But its appeal also shifted. It became less of a pro-social approach than an anti-social one, which boiled down to the instructions to Stay Home, protect others from ourselves (Save Lives), and support an institution (Protect the NHS).

That is not to say that people became anti-social. True, there has been the curtain-twitching ‘Covidiot’ shaming on social media, people snitching on neighbours to the police, and some really bad driving on the empty roads. But at the same time, local voluntary groups have continued to support people by delivering groceries and prescriptions, and people have been going out and about in the community and engaging with each other – albeit at the prescribed ‘safe distance’.

Within the constraints of a prolonged lockdown, communities have worked through a new set of social rules, which express both compliance with official guidance and sensitivity to others’ fears. One example is what my dad has termed the ‘Covid dance’ – the way in which people spontaneously jig out of each other’s way, while smiling and thanking each other. This is different to the fearful swerve of the early days, which expressed the sense that others were a threat. Now, it is a ritual expressing that we know how to behave in this particular context.

In different times, this would provide for reassurance about the ease with which we could move out of lockdown. The rules of social distancing have become internalised as a norm – hopefully a temporary one, but one that may be necessary while the threat of Covid-19 persists. The big problem now is a dissonance between how people are behaving and how it is anticipated they might behave. In other words, it is a problem of bad faith.

Partly, this bad faith comes from the government and the media. Panicking in the face of media pressure, the government threw out its pro-social strategy, which relied on individuals taking moral responsibility for their actions, in favour of a rule book. Now, when considering how to come out of lockdown, it feels compelled to construct another rule book, in the form of a micro-managerial ‘exit strategy’. It has to do this because any success that can be claimed for lockdown relies on making a claim that the official rules were right, and that people followed the official rules.

The government has at least resisted media demands to crack down further on alleged, or hypothetical, breaches of the official rules by pointing to data showing that people are generally complying. But for all the press-briefing charts showing how infection levels have fallen while people have obeyed the order to avoid public transport, there is no space for recording the impact of people’s implicit sense of responsible behaviour. That sense of genuine community spirit is made invisible by the need to justify the anti-social measures.

Framing the ‘solution’ to Covid-19 in terms of the need for official rules has led to a further problem of bad faith – which we are now seeing in the surveys reflecting people’s ambivalence about moving on from lockdown. Put bluntly: when lockdown is lifted, people don’t really trust each other to behave sensibly any more. Having been infantilised by a set of official rules, there is a suspicion that the official rules are the only things keeping our behaviour in check; that when the lid comes off, everyone will be engaging in a crazed, hyper-sociable performance of ‘normal’.

Yet we know this is unlikely. Partly, it is because of the extent of fear that now surrounds the possibility of contracting the virus – a level of fear that, as David Spiegelhalter and other scientists have explained, for most people runs way out of proportion to the actual personal danger they face from Covid-19. Unfortunately, this fear is likely to keep people cowed, cautious and indoors for some time.

But also, and more positively, it is because of the kind of behaviour we have seen in the ‘Covid dance’ and also in the careful, low-key ‘flouting’ of the letter of the law – people talking to each other in socially distanced groups on the pavement, children showing off their new biking skills to grandparents outside their houses, cafes gradually opening to provide take-away coffee and ice-cream, pubs offering take-away beer. This is not about people getting around the law, so much as demonstrating their ability to make and observe their own rules, which allow community life to keep going. It is not ‘resisting’, but not passively accepting either. We might call it ‘adapting’.

In the journey out of lockdown, these adaptive forms of social behaviour will be far more resilient and effective than whatever is laid down by some Byzantine exit strategy. But for that to work, the government has to trust us, and we have to trust each other. We have to start getting out more and pushing against official rules that increasingly make no sense in order to do the things that we value. We need to navigate our own way through this next fearful phase. The only way back to social life is through living it, and no government document can tell us how to do that.

Jennie Bristow’s Stop Mugging Grandma: The ‘Generation Wars’ And Why Boomer-Blaming Won’t Solve Anything, is published by Yale University Press. (Buy this book from Amazon(UK).)