The dangerous rise of rule by experts

Politicians have abdicated all responsibility and society is paying a huge cost. 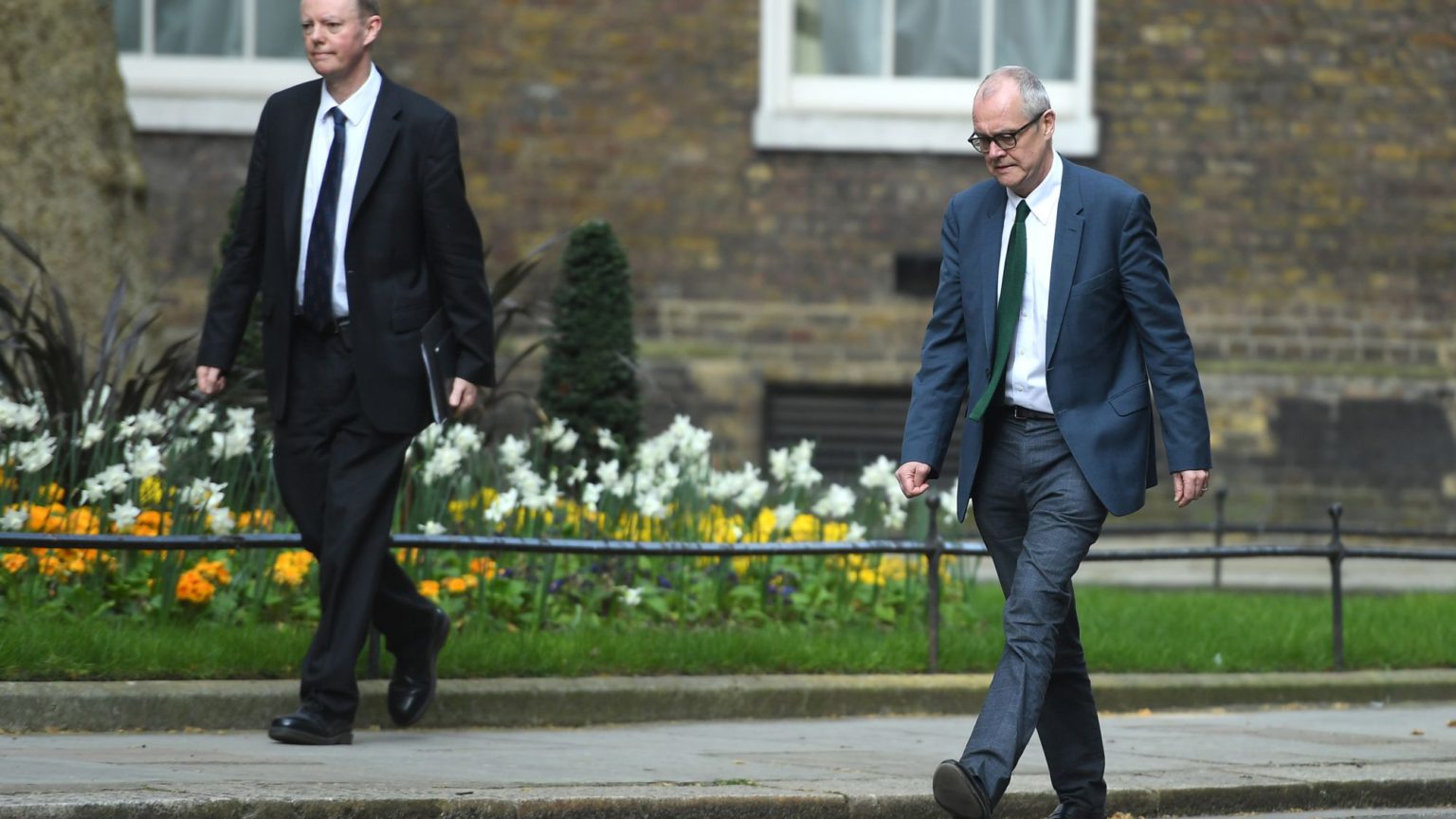 As the Covid-19 crisis has progressed, one thing stands out above all else: experts, not politicians, are leading the fightback. This is a real problem. Not because expertise is unimportant or that science is not fundamental to defeating Covid-19 – far from it. But right now, politicians are on tap, rather than on top. And this demonstrates a political dislocation of Biblical proportions. It demonstrates that political cowardice, rather than leadership and judgement, lies at the heart of the government’s battle against Covid-19. And we are going to pay a heavy price for this in the years ahead.

Expertise is critical. Political leadership is, too. But they are not equal and never can be. Political leadership and the setting of goals must come first because it is only through this that expertise can fulfil its remit. Setting an endpoint based on political judgment can then allow expertise to be brought to bear on solving the problems that lie ahead. Having a vision of the future that goes beyond the immediacy of battle also helps to determine which expertise is needed. Expertise should be a means, not an end.

The importance of this is demonstrated in the decision that led to the lockdown. ‘Flattening the curve’ became the priority in order to avoid the collapse of the health service. This has since become the incontrovertible tablet of stone brought down from the science mountain, before which we have all had to kneel and pray. Back on earth, however, there is a moral dilemma which still remains at the heart of the battle: should the demands of healthcare experts trump the demands of the economy? After all, the healthcare system is not separate from the economy. It is a crucial part of it. Yes, the healthcare system saves lives, but the economy provides the material basis of everything we need to live. The damage done to the economy could easily cost more lives worldwide than Covid-19. This dilemma is a real one. But science, especially when dealing with an unknown virus under enormous uncertainty, cannot provide the answer to this dilemma. Epidemiologists and microbiologists can offer specialised and informed insights into what it will take to beat the virus. But when it comes to resolving competing interests involving fundamental moral ambiguities – between the choices posed by a deadly pandemic and a deadly economic depression – we need political judgement.

This is where things have fallen apart. The experts have set the goal, and the politicians have cast themselves in the role of their spokespeople. Things started well in the UK, when Boris Johnson, publicly flanked by his scientific advisers, correctly argued for a more nuanced political approach, informed by what the science was able to suggest. But this approach has steadily given way to a retreat behind the experts. Expert advice has become a substitute for exercising political judgment and leadership. The scientific experts who should have been playing second fiddle to government-led judgment have become the orchestra’s conductors. The authority of the expert has expanded into the vacuum of absent political leadership.

The importance of this cannot be underestimated. This approach has mystified expertise and set it up for a huge fall. Expertise cannot provide certainty in a crisis defined by uncertainty. The politicisation of the health crisis has already fuelled an acrimonious blame game in which the experts stand to come out worst of all. Many scientists are understandably voicing their concerns publicly. The authority of expertise could take serious damage.

The absence of political leadership has also led to an acceptance that there is no alternative. The government says ‘the science’ makes its actions inevitable. This can only be true if you assume that politics does not exist, and that the critical division of labour between expertise and political judgment can be ignored. But the examples of Brazil and Sweden show that things can be done differently.

President Jair Bolsonaro has been notable not only for his single-minded focus on Brazil’s economy, but also for how he has not allowed health experts to dictate policy. He has insisted that the risk from Covid-19 is low (which, incidentally, the science now confirms) and has argued that keeping the economy open is more important than locking Brazil down. He fired his health minister, Luiz Henrique Mandetta, who insisted that Brazil follow the same lockdown strategy being pushed by experts in the US, the UK and across Europe. This challenge to his political authority could not be allowed to stand precisely because it undermines a vision of where he thinks Brazil and its economy need to be on the other side of the Covid-19 battle. Whatever you might think about Bolsonaro – who has certainly made some moronic comments about the virus – he is exercising courage and political judgment that is noticeably absent elsewhere.

In Sweden, prime minister Stefan Löfven, following the advice of Anders Tegnell, the head of Sweden’s Public Health Agency, has insisted on a more relaxed approach to social distancing in order to protect the economy while mitigating the impact of the virus. Although the pressure has mounted in the face of a rising death toll, which has seen Löfven alter his original stance, he still stands out as a politician willing to stand by his expert-informed judgment, while following his instincts and leading from the front.

Of course, we will see if either of these approaches results in better or worse outcomes. No one knows. As the health crisis has become politicised, vital insights are in danger of being lost. Criticising these leaders for daring to be different might satisfy the needs of each side of the culture war. But it prevents us from learning anything from this experience. The Swedish example might show us a way out of dealing with a virus which cannot be permanently suppressed before we have vaccines. It might also stave off subsequent disasters by moderating future peaks, with fewer of the human costs associated with a lockdown. In locked-down countries, the threat remains that we have merely delayed the inevitable spread and that sheltering populations rather than slowly cultivating herd immunity will lead to rapidly rising infection rates once these countries reopen. And then we will be back to square one, but severely weakened by economic collapse this time.

The costs of the absence of political courage and leadership are therefore immense. The responsibility for this rests with the political class. When faced with world war, political leaders like Churchill and Roosevelt were quick to mobilise their societies around the goal of a military victory based upon moral and political values that would inform the postwar world. Uncertainty and the prospect of defeat, especially in the early years of the war, was a daily reality. But through a belief in the rightness of the battle for freedom and democracy – values that would be instilled in the postwar order – societies were rallied to pull in the same direction. The endpoint included planning for life beyond military victory. It was not about mere survival. This was especially the case in the US, which eyed a new world order in which it would reign supreme. Whatever we might think about that politically, the point it demonstrates was that experts and resources were all mobilised as part of an objective – they did not set the objective. Political judgment was the catalyst, not the outcome, of expertise.

For example, by 1941, the US State Department had been reorganised and centralised around researching and planning how America could stabilise the world economy and reorder international relations after the war. The Manhattan Project highlights the differences between now and then. Experts like Albert Einstein and Hungarian-born physicists Leo Szilard and Eugene Wigner may have brought uranium and its potential to produce an ‘extremely powerful bomb of a new type’ to the attention of Roosevelt’s government. But the Manhattan Project this gave rise to was not an expert-led initiative. It formed a key plank in the political war effort set by the government.

When President Roosevelt approved the atomic programme on 9 October 1941, he created the Top Policy Group to control it. He put himself in charge along with other senior politicians, science experts and the chief of staff of the army. Interestingly, he never attended a meeting – something that today’s Sunday Times would have no doubt written a damning scoop on. The point is, Roosevelt did not have to. His authority was clear, as was the political remit of the project. Yes, experts drawn from many fields realised the project, but this was in their capacity as collaborators engaged in a common struggle to achieve a political goal. The experts were marshalled and mobilised by political authority, not their claim to special status. There was no expert spread beyond the confines of specialised knowledge, either. It was a division of labour determined by political objectives. What is more, the second-guessing of every strategic decision, political point-scoring and ‘gotcha’ journalism of today would have been frowned upon as a threat to a common purpose.

One only has to recall one of Churchill’s famous sayings to highlight the difference between then and now. When criticised for taking decisions that failed, he quipped: ‘Perhaps it is better to be irresponsible and right, than to be responsible and wrong.’ We need politicians who have the courage to be irresponsible in order to be right – to insist that political judgment trumps expert opinion. Playing it safe and hiding behind experts, which the media might regard as responsible, could well be the most irresponsible approach of all. And we will all pay a heavy price for it.