Why I won’t be clapping for the NHS

Our national religion is getting in the way of a debate about the government’s coronavirus measures. 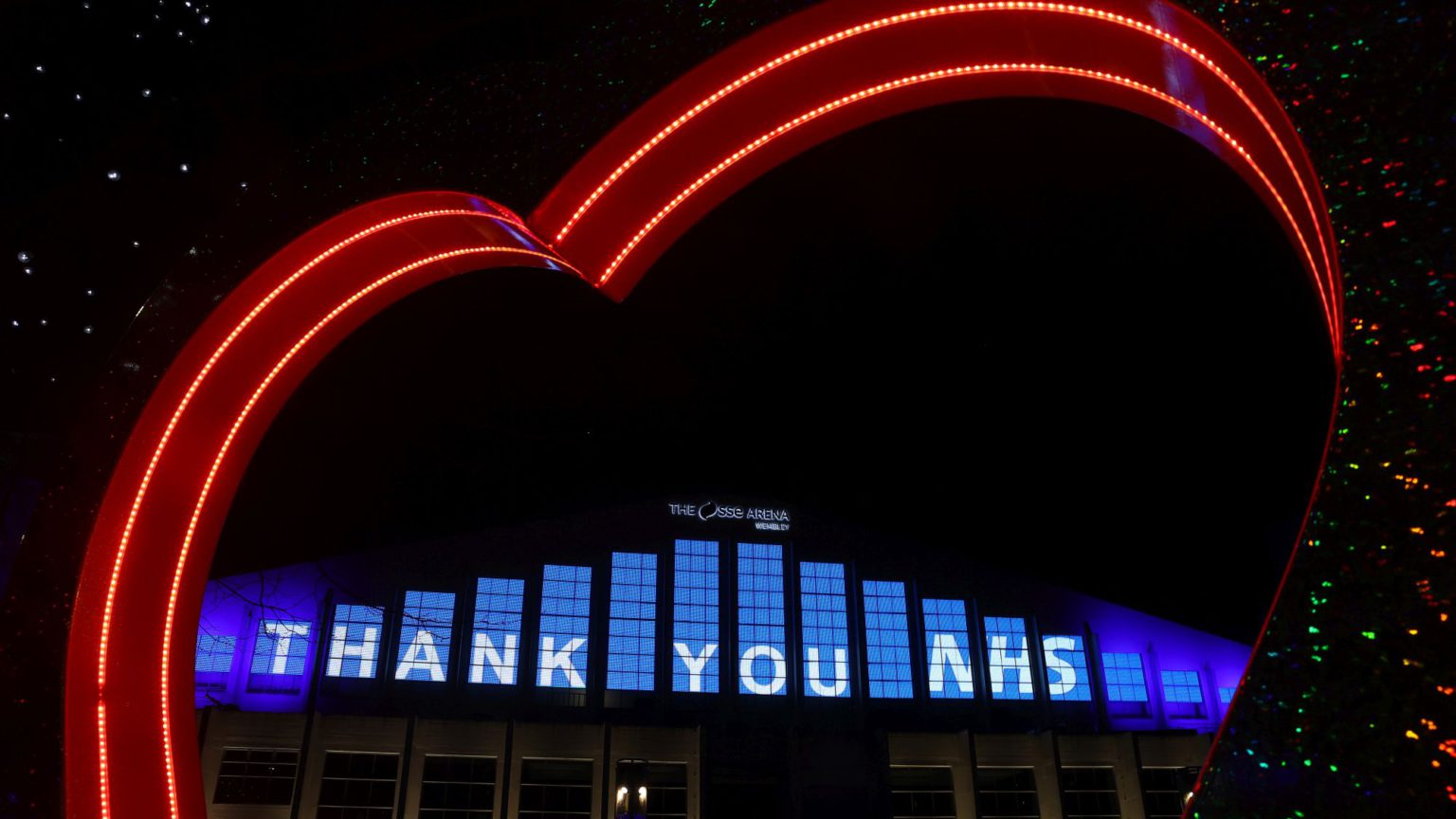 In times like these, individual emergency and medical workers are undoubtedly heroes, as is anyone putting their life on the line for others. But those berating us until we bow down before the NHS logo and give thanks and praise to this mediocre institution are not heroes. Most are well-meaning, but they are also overbearing and evangelical. And inadvertently or not, they could be using our collective, unquestioning faith in the NHS to justify the most authoritarian government measures and to shut down debate.

The NHS has long been described as our ‘national religion’, and during this crisis we are being ordered to resign many of our individual rights, obey the increasingly power-hungry cops, and stay at home to ‘save our NHS’. We must obey to save the national faith, and not just that, we must also worship, by clapping in the street. Others are waving flags from their homes and cars. Bridges and buildings have been painted in NHS colours, and every major political party, and even corporations like Deliveroo, are repeating the line.

Like the majority of the electorate, I believe in the concept of the NHS. Some fundamental commodities, like education and healthcare, should be available to all. But I am also a heretic in that I see our faith in the NHS as blinding us to any rational, nuanced or progressive policy conversation in this area. Any criticism of the NHS, or suggestion that other nations might do healthcare better than us, is electoral suicide and is quashed before it is even considered.

Religions and faiths are based on conviction supported by censorship, rather than knowledge backed by evidence. And our faith in the NHS, like other faiths throughout history, is suppressing debate and stunting progress. Just look at the UK’s shameful cancer and infant mortality rates. This faith is dangerous and it costs lives, but in the coronavirus lockdown, it could also cost us our freedom. Every faith has demons in its narratives, and the virus now plays that role.

The high priests of the NHS church are now mobilising (see Piers Morgan’s Twitterfeed) and, combined with the new coronavirus doomsday dogma, they are creating a terrifying and powerful narrative which ideologues and authoritarians are all too keen to push. The Lib Dems were quick out of the blocks to call for Brexit to be stopped because of the crisis. Corbyn said the coronavirus response proved his economic policies right. Guardian writers say it proves the need for the BBC and a ‘big state’. People on the hard right, who want ever-harsher law-and-order policies, see confirmation of their own biases here, too. All are opportunists and none should be trusted.

By some predictions, the virus could cut tens of thousands of lives short in the UK. But knocking a few per cent off national GDP and rocking the economy into a recession, as well as confining millions of people to their tiny flats, could, in my view, shorten the lives of many thousands more if these extreme measures are allowed to continue for too long. At some point, we may decide lockdown is doing more harm than good.

The current fever for a harsh lockdown, backed by NHS worship, could make our reasoning on this point skewed. Coronavirus deaths will happen on NHS hospital floors, in sight of cameras, and played out on newspaper front pages. Celebrities and voters will be wailing and politicians taking note. Meanwhile, deaths linked to the joblessness, homelessness, debt and depression caused by the lockdown will happen later, away from the cameras and minds of politicians. Those people will be sad, lonely, destitute and more easily ignored.

These deaths will also be impossible to count, quantify, or predict. Such tragedies are complex. A dear friend of mine, recovering from years of family loss and legal issues, had recently met new mates, sobered up, and signed up to run a marathon, helping him to look forward and recover. Now, the marathon is cancelled, his support network is distant, and he is drinking again. I worry for him. Other friends have already lost jobs, cars, flats and futures, as well as years of their life expectancy, I do not doubt. These people matter, as well as the elderly and the NHS.

You can still advocate for more public resources for healthcare, fight for proper protective equipment for frontline staff, and lionise the individual heroism of doctors and nurses, while also deeply mistrusting ‘our NHS’ and the politicians currently hiding behind it and bowing to public hysteria. And you can still think the authorities are doing a fine job and making difficult decisions, while also criticising their choice of action, as Professor John Loannidis, Professor John Lee and Lord Sumption all have.

In fact, in times of rapid accrual of state power, scrutiny from dissenting voices is more crucial than ever. But these voices are currently being shouted down, drowned out, and dismissed as killers and wrong-headed opponents of the sacred NHS.

This is why you won’t see me clapping from my doorstep for the NHS. While individuals deserve praise, I believe they are being used by cowardly politicians who are afraid of scrutiny. The NHS as an institution is already suffering because we are afraid to criticise it. And now we are on the cusp of losing touch with reality during this crisis. I do not wish to be part of the mania which is working to silence a much-needed and open debate.