Why is the man who fabricated the ‘pee tape’ treated as a credible expert source? 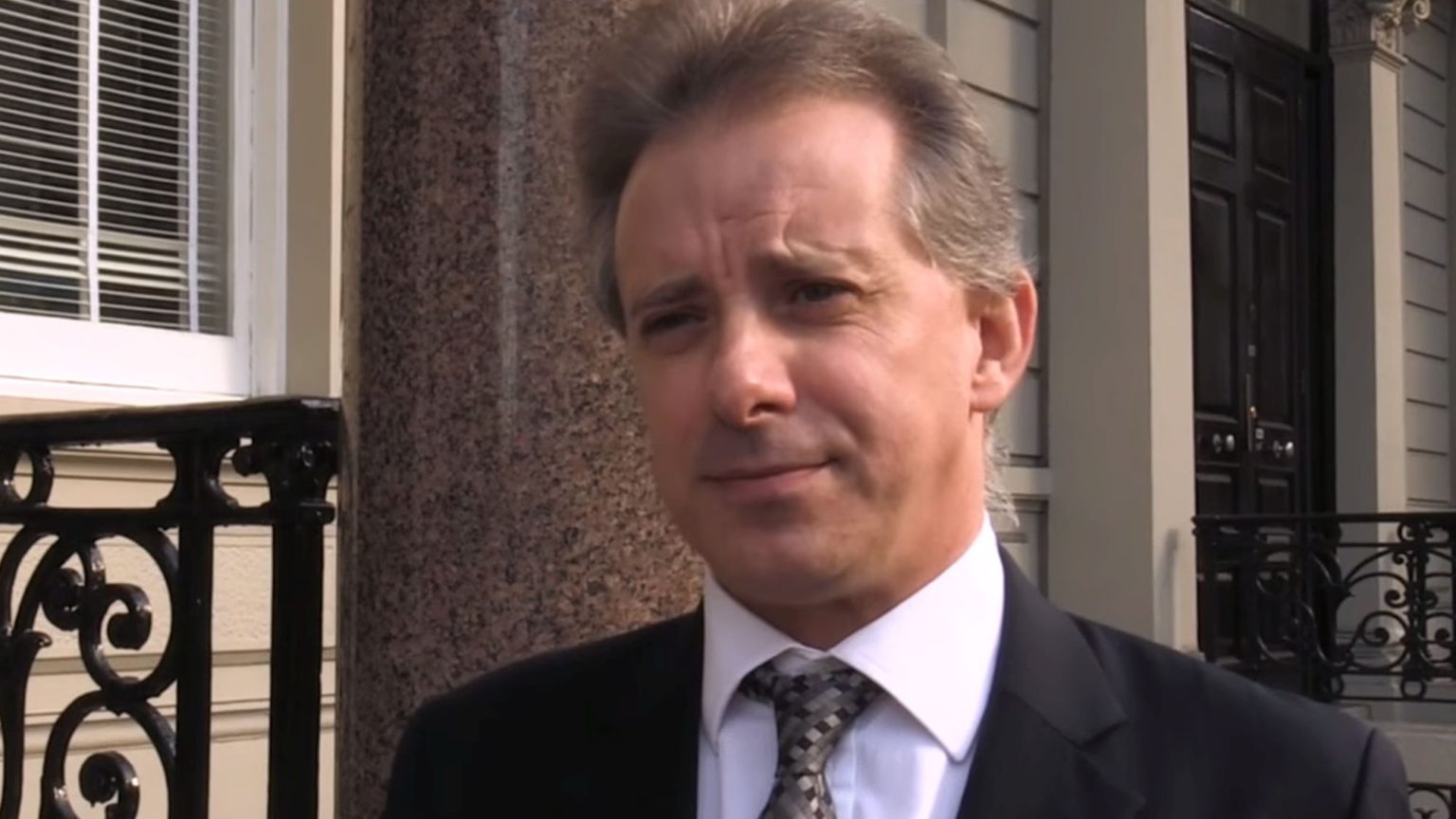 British spy Christopher Steele is in hot water over the lies he told to undermine Donald Trump’s 2016 presidential campaign – and rightly so.

I met Christopher Steele once back in 2006 when he was investigating the poisoning of former Russian agent Alexander Litvinenko. Litvinenko had been an officer in the Russian FSB. He was tasked with infiltrating Chechen gangs in Moscow, and then later with interrogating Chechen separatists in their attempted independence movement. I interviewed Litvinenko about his days in the FSB. After he fell out with his bosses at the FSB, Litvinenko moved to London, where he dedicated himself to retailing stories – some true, some not – about his former employees.

It seems more than likely that Litvinenko was poisoned by Russian agent Andrei Lugovoy who met him shortly before he fell ill and died. That was the determination of the British government who sought Lugovoy’s extradition, though this was refused by the Russians. Elizabeth Teague at the Foreign and Commonwealth Office invited me in to talk about my interview with Litvinenko and the circumstances surrounding it. Teague introduced me to Steele. She said he knew more about Russia than anyone else.

Steele seemed to be an unremarkable man and, as the conversation carried on, I thought perhaps he was a bit of an idiot. He was convinced that the Putin regime in Russia was amateurish in comparison to his predecessor Boris Yeltsin. It is not a judgment many Russians would share – whatever they think of Putin. Yeltsin is best known for selling off Russian state assets to overseas investors (who ripped off the government). What Steele probably meant was that Yeltsin was better for Britain and the West, whereas Putin was reluctant to bend Russia’s interests to the West.

Maybe my initial judgement of Steele was unfair. He could have been playing his cards close to his chest. His main purpose in talking to me seemed to be to find out about any Russians I knew. But the strange turn his career took in 2016 does not do much to improve his reputation.

During the 2016 US elections, the Democratic National Committee commissioned research on the then Republican nominee, now president, Donald Trump. They employed a US-based intelligence firm, Fusion GPS, who in turn subcontracted the work to a British-based firm, Orbis Business Intelligence. Orbis’s co-founder was Christopher Steele. Apparently Steele was now working as a private individual. It is commonplace for Britain’s MI5 to use private companies as front organisations, so how seriously we should take Orbis’s independence is hard to tell.

In any event, Steele clearly sweated his old Russia contacts for tittle-tattle to plump out the hit piece on Trump. And clearly, his status as a ‘former’ British intelligence officer lent the report gravitas. The report was dressed up as a ‘dossier’ and shown as a briefing document to a number of media outlets in an attempt to influence their reporting on Trump. You might have thought that there was enough of a case to be made against Trump’s right-wing policies, but the DNC and the Hillary Clinton campaign seemed much more drawn to digging up personal dirt on Trump.

Steele’s crazy ‘dossier’ did just that. It told absurd and extravagant stories – all pointing to the unfounded claim that Trump was in fact a Russian asset and had been for decades. The dossier made wild claims about Russian interference in the US elections. Most eye-catching was the claim that Trump, on a visit to Moscow for the 2013 Miss Universe contest, had booked himself into the same Ritz-Carlton Hotel room that the Obamas had once stayed in. Trump is then alleged to have procured some prostitutes to urinate on the bed. More outlandish still, Steele alleges the incident was filmed by Russian spies and that the Russian state was using the ‘pee tape’ as kompromat against Trump.

Steele’s sources were mostly fantasists from the hinterland of espionage or disgruntled Russians and Americans who had tried to do business in Russia. Pointedly, many of these sources hedged their claims with qualifications that the stories were third-hand and that they could not verify them. Steele briefed journalists from the New York Times, the Washington Post, Yahoo! News, the New Yorker and CNN. No proper newspaper ought to have published these claims. Indeed, they were not meant to be published verbatim – they were only meant to create rumours which would seep into reporting, and therefore blacken the Republican candidate in the election campaign.

The allegations about the Moscow hotel room, however, were just too eye-catching to ignore (indeed, that is surely what they were manufactured to be). Rumours swept through Washington’s reporters. Many people were ‘in the know’ and the temptation to publish was just too great. To Steele’s horror and embarrassment, Buzzfeed published the entire dossier, verbatim.

Since its publication, the Steele dossier has been ripped apart for its unsubstantiated and untrue claims. In 2017, the former British MP Rupert Allason went through the Steele dossier and judged it a ‘fabrication’. (See Tim Shipman’s recent account in The Sunday Times.)

Since his election, Donald Trump has been at odds with a Democratic congress that largely rejects his legitimacy as president. Politically inspired investigations into Trump began even before he was elected, with an intelligence-agencies investigation into alleged Russian ties starting in July 2016. In May 2017, Robert Mueller was appointed as a special investigator to examine Russian interference in the election. Most recently, there are the impeachment hearings currently underway in the Senate. These investigations have all thrown light on Christopher Steele and his Walter Mitty-like dossier.

None of the investigations has shown any plausible case that the president is a Russian asset or even that Russia’s security services interfered in the US elections. But for die-hard Clinton supporters, there is no smoke without fire and many of them purport to believe every unsubstantiated allegation against Trump.

More intelligent Democrats have understood that the attempt to bring down the president by smearing him is simply counterproductive, affirming Republicans’ belief that the investigations are politically motivated. The smears therefore make it harder to make the political case against Trump’s presidency, which ought to be compelling.

In Britain, Christopher Steele has understandably been lying doggo, aware no doubt that he has made some powerful enemies. He still has some supporters in the British media, however, in particular Luke Harding at the Guardian. Many of Harding’s speculative and fantastic Russia stories are indebted to Steele as a source. Harding’s implausible claim that Trump’s campaign manager Paul Manafort met with Julian Assange in the Ecuadorian embassy to collaborate on undermining Hillary Clinton sits uncorrected on the Guardian website to this day, despite the total lack of corroborating evidence.

Sky News’ foreign-affairs editor, Deborah Haynes, continues to refer to Steele as an impartial Russia expert. And the Observer’s Carole Cadwalladr, obsessed with conspiracy theories about Russian interference, recently said that when Steele talks, ‘we should listen’.

These journalists should all be ashamed. The belief that the hand of Russia lies behind political changes in the West is as paranoid and reactionary as the belief that the Jews run the White House. Both are conspiracy theories that stop us from seeing that Donald Trump and his supporters are American, not imported from overseas.

There is no doubt that Vladimir Putin’s regime is illiberal and repressive. But it is not responsible for what goes wrong in the West. That is down to Western governments and politicians. People like Steele will end up besmirching everyone that has anything to do with them – and speed the day.​