They campaign as national populists, but govern as cosmopolitan technocrats. It can’t last. 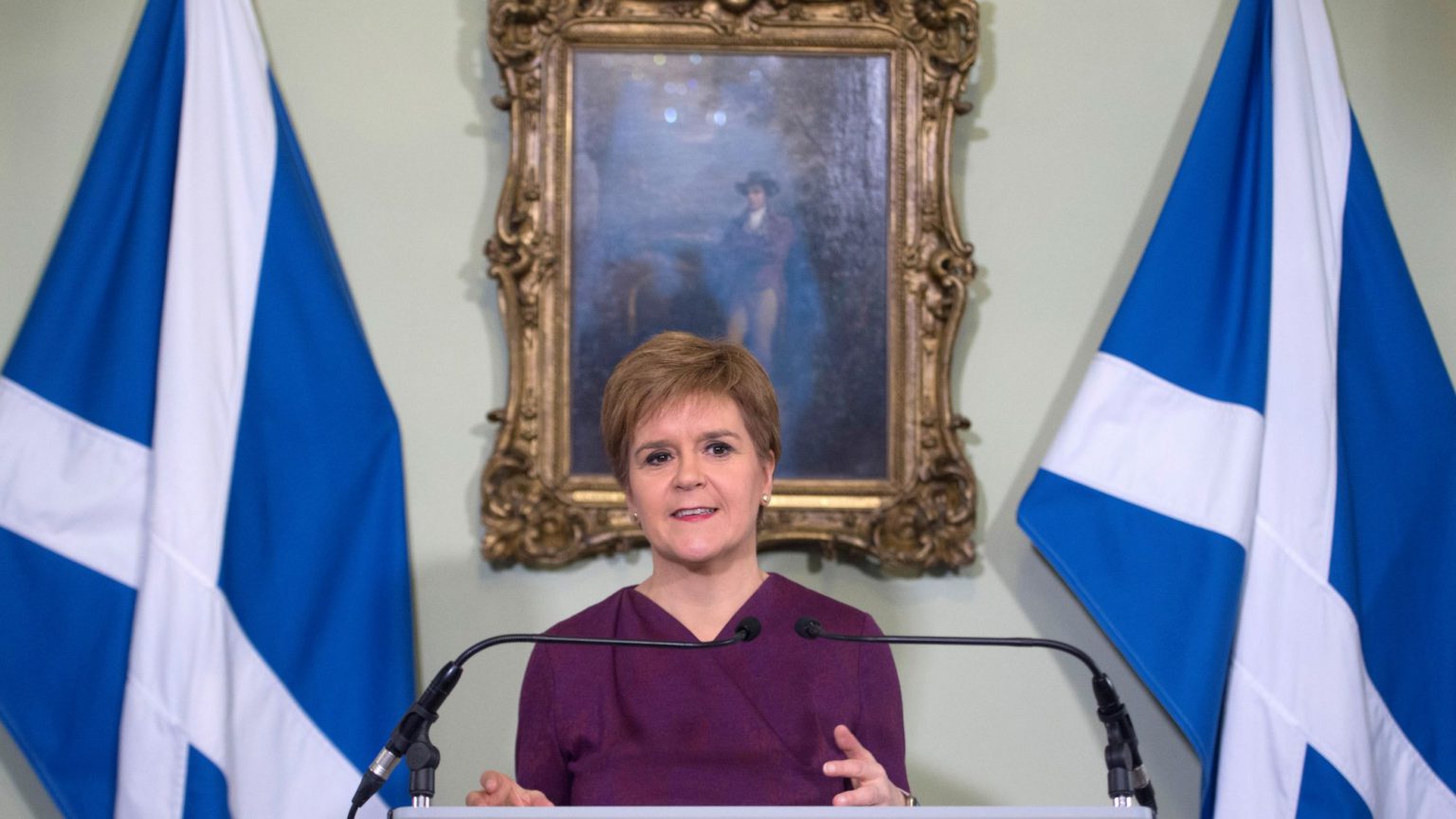 The rise of the Scottish National Party has been remarkable. In the recent UK General Election, it won 48 of the 59 seats in Scotland (albeit with only 45 per cent of the vote). Back in 2010, the SNP won just six seats, compared to the Labour Party’s 41. In 2019, Labour won only one seat. In this respect, we can see that the SNP has replaced Labour as the dominant party in Scotland – no mean feat for a group of politicians who not so long ago were known as the Tartan Tories.

In part, the SNP’s rise can be explained by the collapse of the once distinct political outlooks of left and right. The Labour Party no longer represents labouring people and there is no labour movement, as such, for Labour to represent. In many respects, the Labour Party is past its sell-by date (as are the Tories) and this has provided the space for an alternative to emerge.

In Scotland, unfortunately, this alternative came in the form of the SNP. At a time when there are few big ideas in politics, the SNP has one defining idea – that Scotland could genuinely be different by going for independence from the UK.

The SNP now presents itself in a more social-democratic, leftist way than it once did. It has also harnessed the anti-Tory sentiment that is common up north through the relentless condemnation of all things ‘Westminster’. The political chasm between the voters and the almost alien world occupied by politicians is reframed as a purely geographical problem, as something stemming from the toffs down south.

As a Brexiteer and a democrat who lives in Scotland, I found the success of the SNP in the last election frustrating. Boris Johnson’s Tories won in England and Wales under a pro-Brexit, pro-democracy banner. But in Scotland, the SNP won with an overtly anti-democratic ‘Stop Brexit’ campaign.

But despite their recent successes, the Scot Nats should be wary of resting on their laurels. There are many contradictions within the SNP project, which, if they were to properly come to the surface, could be the party’s undoing.

Writers examining the rise of populism and the new divisions in contemporary politics have identified three new areas of conflict. First, the rise of technocratic governance, which clashes with demands for popular democracy. Secondly, the rise of the supranational, as opposed to the nation. And lastly, the clash between cosmopolitanism and community. To a great extent, the SNP presents itself as being on the side of popular democracy, the nation and the community. But in reality, it is far more representative of the global, cosmopolitan, technocratic new elite.

The SNP represents the new technocratic elite as much as – if not more than – any other UK political party. You see this in the Scottish Parliament in Holyrood, where the SNP has been in government since 2007. The SNP MSP’s comfort zone is the committee room, sitting with like-minded lawyers, heads of charities, academics and experts, formulating policies in an echo chamber, at a distance from the electorate.

But at the same time as being part of this aloof class of technocrats, the SNP claims to be the voice of the people, defending popular democracy against those in ‘Westminster’ who suffocate the voice of Scotland. The SNP tries to promote the idea of nationhood, and to engage with a national desire for more control over the country. It pretends to represent democracy and freedom, promising a vision of a new nation built upon the sovereignty of the Scottish people, breaking from the shackles of Tory England.

This is all totally unconvincing – not least because the SNP is wedded to the European Union, a supranational bureaucracy that undermines national sovereignty. Indeed, leading SNP figures, such as MEP Alyn Smith, portray the EU in the most remarkable, Disneyfied way imaginable, in which the EU is responsible for everything from world peace to workers’ rights. The SNP is among the most pro-EU political parties in the UK. This is strange considering the party is meant to be about nationhood and taking back national control for the Scottish people. With its craven love of all things Brussels, the SNP is the least convincing national independence movement in the history of national independence movements.

Similarly, the SNP is able to tap into a sense of community, of tradition and commonality, between people. David Goodhart’s idea of the ‘Somewheres’ captures this sentiment well. Many SNP supporters want a sense of belonging, of groundedness to a certain place, and of Scottishness. But at the same time, SNP MPs, MEPs and MSPs seem deeply uncomfortable and suspicious of the people of Scotland – a fear and loathing of ordinary people that is shared across the global cosmopolitan elite.

SNP politicians are chronically politically correct, prone to looking down their noses at ordinary people, and always on the lookout for new laws and regulations to control people’s speech and personal lives and relationships (see the now-defunct Named Person legislation or the recent smacking ban).

These contradictions are yet to play out properly, but there is a growing sense of confusion about what the party is for. For example, many SNP supporters and voters hate the politically correct, nanny-state dimension of the SNP. The party has a tendency to patronise the public and to interfere in their daily lives (their drinking, eating and parenting habits and use of language), and this aggravates many people. There is also a sense of frustration among Scotland’s voters about the poor state of many public services that the SNP is responsible for, from education to health and policing.

At the moment, the SNP has managed to avoid confronting these contradictions. SNP politicians stand for election as populists shouting ‘power to the people’, while running Scotland through committees and experts. The party campaigns for an ‘independent’ Scotland, but one that will be subsumed into the European Union. And it stands as a defender of democracy, while pushing the anti-democratic policy of stopping Brexit.

The SNP has benefited from the collapse of both the Tories and Labour in Scotland. It acts as a kind of anti-matter, feeding off the end of class politics and masquerading as the people’s party. Logically, the many contradictions of the SNP should result in a split, or the emergence of new political parties. For the people of Scotland, let’s hope so.