Why would anyone commemorate the Black and Tans?

The Irish government’s ill-fated plans to commemorate the RIC are part of a broader war on history. 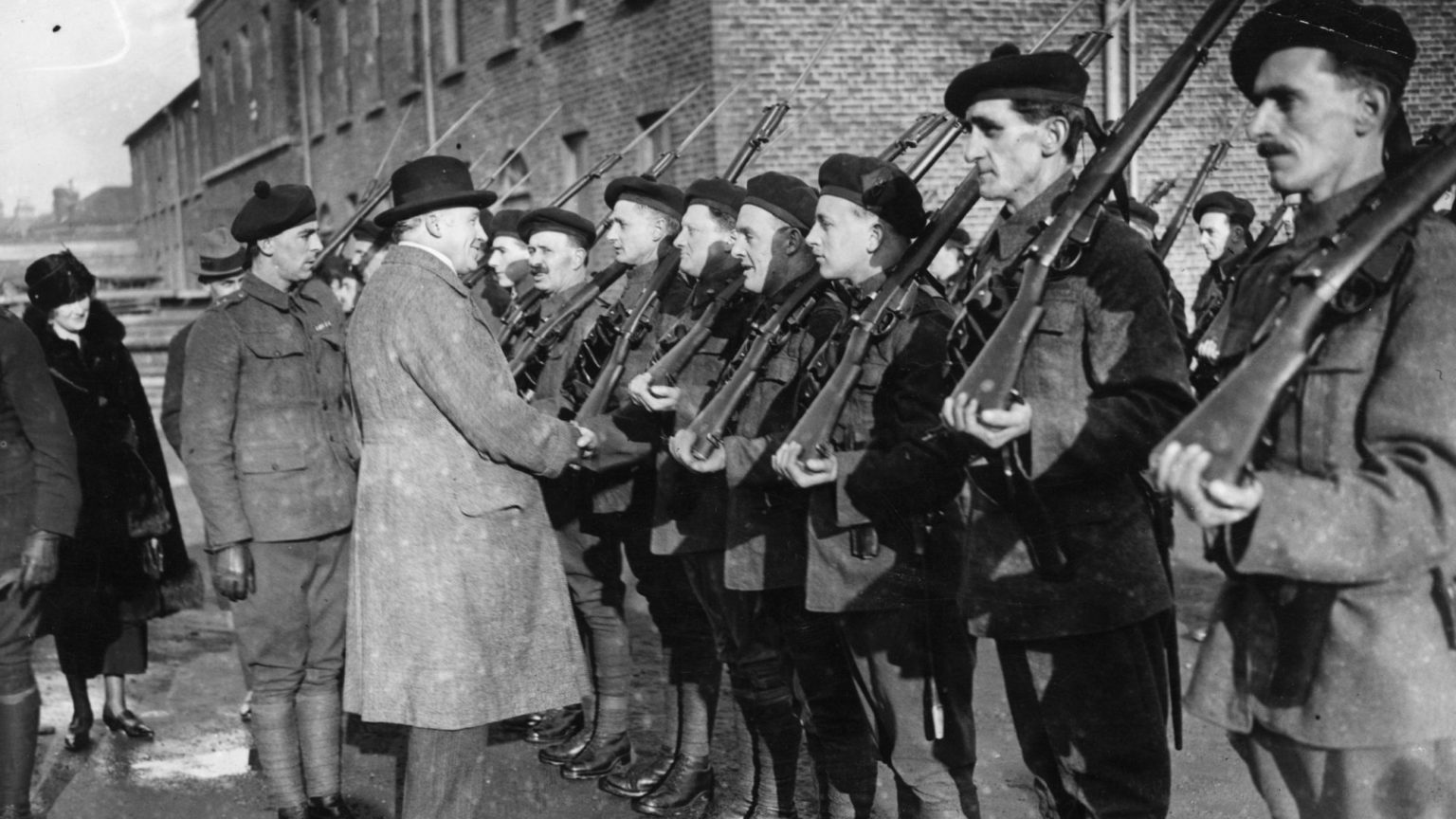 ‘Come out Ye Black and Tans’, the rebel song by the Irish band the Wolfe Tones, hit the top of the British and Irish iTunes charts last week. Renewed interest in the Tones followed the Irish government’s announcement of (since-cancelled) plans to commemorate the Royal Irish Constabulary (RIC) and the Dublin Metropolitan Police (DMP) with a state ceremony. A hundred years ago, in January 1920, the infamous ‘Black and Tan’ uniformed English soldiers were recruited into the RIC’s ranks as reinforcements during the Irish War of Independence. The Black and Tans were later joined by other English ‘Auxiliaries’ to strengthen the violent campaign against Irish independence fighters.

The Irish government has been rightly lambasted for its attempt to commemorate the RIC. The RIC, protecting British imperialism in Ireland, was on the wrong side of the war. And Black and Tans, in particular, are still widely despised in Ireland for murdering, raping and terrorising Irish civilians and for hunting down Irish rebels.

The Black and Tans made up only part of the RIC contingent, and some members of the RIC may have had little to do with the British state’s campaign against Irish freedom fighters. But the planned celebration of the RIC and the DMP seems to have made no such caveats.

Ireland’s Taoiseach, Leo Varadkar, said he was ‘disappointed’ that there had been planned boycotts of the event. He compared it to the commemoration of soldiers who died in the First World War. It would only be ‘right and proper’ to do the same for ‘police officers who were killed’, he said.

This is not the first time the question of commemorations has descended into farce in Ireland. The planned RIC party was part of the government’s ‘Decade of Centenaries’, which aims to ‘ensure that this complex period in our history, including the struggle for independence, the Civil War, the foundation of the state and Partition, is remembered appropriately, proportionately, respectfully and with sensitivity’.

Plans for the commemoration of the 1916 Easter Rising were widely mocked. They included a video, sanctioned by the Irish government, that was part tourist board, part Riverdance. It also featured footage of the Queen of England, Ian Paisley and David Cameron, and made no mention of the actual events of the Easter Rising, which led to Ireland’s independence. After much outcry, a second video was produced – this time with added pictures of the Irish Proclamation of Independence, but nothing of the actual participants in the Rising, people like Padraig Pearse or James Connolly. Professor of Irish history Diarmaid Ferriter aptly described it as ‘embarrassing unhistorical shit’.

Fine Gael’s culture minister Josepha Madigan announced plans for the commemorations of 1920 two weeks ago in Cork, the city burned and pillaged by the Auxiliaries in December 1920. She told RTÉ: ‘We’re remembering all of this with the legitimacy of all traditions and we have to value mutual respect and historical authenticity… There are different narratives, different memories and different sides.’

The government’s Decade of Centenaries programme also promises to lump sanitised commemorations of Ireland’s fight for independence with the Gallipoli landings, the Somme and the battles for workers’ rights. This desire to commemorate everything equally has made the act of commemoration totally meaningless.

In fact, the row over who and what to commemorate in Irish history tells us far more about Ireland’s current political elite than it does about the past. The prospect of celebrating the anniversary of 1916 and championing the Fenian rebels mortified the Irish elite, who are keen to move away from what they view as the ‘petty nationalism’ of the past.

The unwillingness properly to celebrate national independence – and instead declaring both sides to have equal value – is what led to the ill-fated attempt to commemorate Irish coppers. Even if you ignore the Black and Tans, the RIC does not have a happy history. It was initially set up in the early 1800s. RIC men were used as muscle during the Tithe War of the 1830s, protecting English landowners during the famine. They were rewarded by Queen Victoria for quelling the 1867 Fenian Rising. And that’s all before their bloody role in defending British interests in the struggles of the early 20th century.

The DMP was no better – their ‘G-men’ (detective division) spied for the British crown in Dublin Castle. In the famous Dublin Lockout of 1913, when Jim Larkin sought to unionise workers, the DMP backed the bosses and battered the workers – killing two people. As historian Donal Fallon points out on his podcast, Three Castles Burning, it was ‘their job to infiltrate radical nationalist organisations… When the Easter Rising collapsed, it was the G-men who were crucially important in identifying their leaders for execution.’

Putting on a state-sanctioned celebration of the armed wing of British imperialism in Ireland is not celebrating ‘the legitimacy of all traditions’ – it is pretending history didn’t happen. In our grievance-obsessed culture, in which we are never done hearing about past wrongs and the need for reparations, it is curious that the bloody and unresolved history of British rule in Ireland is often wilfully ignored.

The Wolfe Tones have vowed to sing ‘loud and proud’ outside the commemoration, should Fine Gael be stupid enough to reschedule the event. The iTunes charts aren’t exactly a scientific means of judging political sentiment, but anyone arguing that support for Irish independence is merely an expression of a petty nationalism of the past would be wise to think again.