Understanding the uprising in Chile

The protesters are angry about many things – including the state’s brutal crackdown on dissent. 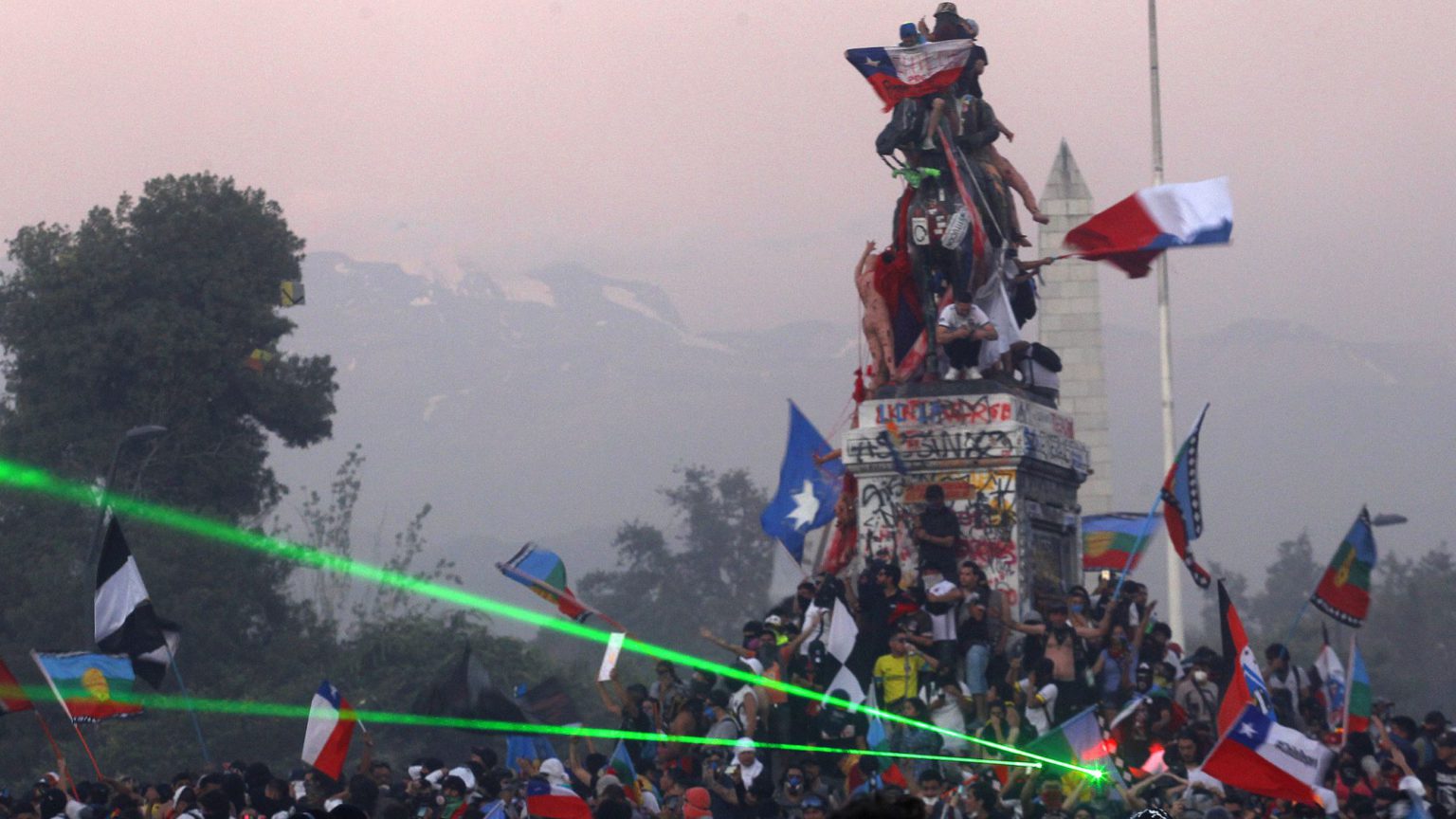 However, the violent response to the protests that have engulfed the country since early October has tragically brought to an end the era of Chilean exceptionalism heralded by the fall of the Pinochet regime in 1990.

The protests started over a modest rise in public-transport fares in the capital, Santiago. They have since ballooned, pitting over 3.7million protesters (around one-fifth of Chile’s population) against the government, police force (called the Carabineros) and armed forces. As with other leaderless mass protests around the world, the demonstrators have been expressing discontent over a variety of issues.

Rising living costs, income inequality (an index in which Chile scores much less well), low wages and pensions, poor education and healthcare systems, privatisation and corruption scandals – all are cited as major concerns by the protesters. Their goals are equally diverse: demands include improvements in education, healthcare and pension reforms, wage increases, the resignation of President Sebastián Piñera and the replacement of the dictatorship-era constitution.

According to INDH, a human-rights campaign group, 352 people have sustained eye injuries after the security forces deliberately fired pellets, tear-gas canisters and water cannons at their heads. Thirty-three have lost all sight in one eye and two have been blinded in both. Twenty-six people have died in the unrest, at least five of whom were killed by security officials. Close to 2,000 people have been shot by the police and by the army, often indiscriminately and, in some cases, with military-grade weaponry.

Other charges against the Chilean security forces include torture, sexual abuse, rape and running over protesters with vehicles. Over 2,800 people have been hospitalised since the protests began. Many of the injured have been first-aid workers, journalists or simply passers-by.

It is understandable that the Carabineros and army were called in – unfortunately, as with other spontaneous mass demonstrations, the Chilean protests attracted their share of opportunists early on, with vandalism, arson and looting proliferating. But instead of enforcing law and order, the Carabineros have set out to punish. ‘The intention of the Chilean security forces is clear: to injure demonstrators in order to discourage protest’, said Amnesty International. The growing catalogue of their misactions suggests that the violent response has been sanctioned – or, at the very least, ignored – by those higher up in command.

The protesters have now added the security forces’ violence to their growing list of grievances, resulting in a vicious cycle of protests and repression. Amid the mayhem, President Piñera’s pronouncements and actions have been beyond satire. ‘We are at war against a powerful, implacable enemy that does not respect anything or anyone and that is willing to use limitless violence and delinquency, even when it means the loss of human life’, he said, referring, of course, to the protesters.

In late October, Piñera dismissed his whole cabinet. His own resignation, however, was not forthcoming. His past condemnations of human-rights abuses by the Venezuelan authorities have not aged well – ironically, Piñera has blamed the Chilean protests on Venezuelan subversion, seemingly oblivious to the similarity between the respective actions of the Chilean and Venezuelan states.

Nor has his tactlessness been lost on the protesters. Having declared Chile an ‘oasis’ prior to the protests, he later commented: ‘It was true at the time. But life is full of surprises, and that is what is so wonderful about life.’

Piñera has since acknowledged that the Chilean security forces ‘committed abuses and crimes’ and has assured that ‘there will be no impunity’. He has also proposed a number of reforms and promised a constitutional referendum next year. However, his adoption of a more conciliatory position came rather late in the day and there is also unhappiness with the procedural aspect of drafting a new constitution. It is no wonder many Chileans remain in the streets and that Piñera’s approval rating currently sits at just 10 per cent.

There is no clear cure for Chile’s malaise: whereas some on the left have called for less neoliberalism and more environmentalism, others on the right believe the solution lies in more of the former and less of the latter.

One thing can be agreed on, however: the Chilean authorities have shown that violently repressing protests often has the opposite effect to the one intended. Instead of suppressing them, it swells them. Let the lesson of the once-shining star of Latin America be a wake-up call to repressive regimes the world over.