The Lib Dem leader won’t even say if she believes there are men and women. 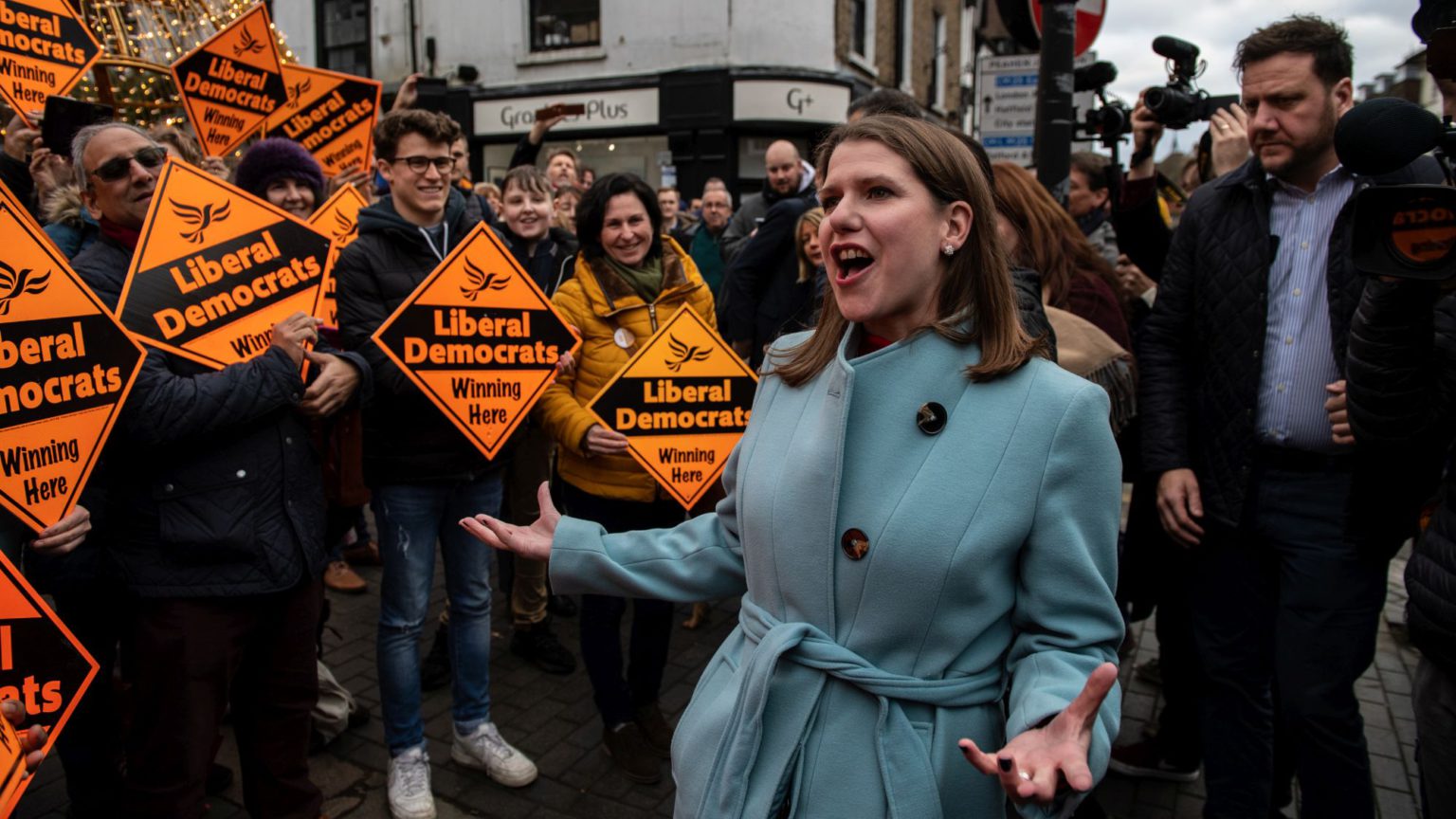 Liberal Democrat leader Jo Swinson is not known for taking a nuanced approach to issues. Brexit? Bollocks to it. Single-use plastics? Ban them. Differences in biological sex? Not really a thing.

The Lib Dems’ manifesto pledges on gender and equality have raised some eyebrows. The party promises ‘complete reform of the Gender Recognition Act’; it says it will ‘remove the requirement for medical reports, scrap the fee and recognise non-binary gender identities’. It will also bring in an ‘X’ gender option for passports, extend equality law to prevent discrimination against ‘gender identity and expression’, and require schools to introduce gender-neutral uniform policies.

In short, the Lib Dems have marked themselves out as the party that will heed the demands of extreme trans activists by reshaping laws, norms and truth itself.

This has all caused quite a stir. But it was a frosty exchange on the Today programme yesterday that really revealed just how extraordinary the Lib Dem view on gender has become. Swinson was asked if she believes that biological sex exists – that is, in the words of presenter Justin Webb, that ‘there are men and women, males and females’, and a ‘vanishingly small number of people who are indeterminate because of chromosomal abnormalities’.

Humbly repeating several times that she was ‘not a scientist’, Swinson insisted that things are not ‘as binary as is often presented’. She compared the discrimination against trans women – by which she means they are currently not legally allowed to become women through simple self-ID – to the treatment of gay people in the past. When pushed on the problem that automatic self-ID would compromise women-only spaces, including women’s refuges, Swinson said that individuals should be judged on a case-by-case basis.

She was then asked about the physical difference between male and female bodies, particularly in terms of strength, and whether feminists are right to suggest that this is a good reason for keeping men out of women’s prisons or rape-crisis centres. Swinson replied: ‘I don’t think that there should be some kind of hierarchy of equality.’ She continued: ‘Trans women are some of the most vulnerable women in our society.’

It was a car-crash interview. Perhaps the most telling point was when Swinson tried to cast aspersions on those who raise critical questions about this issue – a tactic that will be familiar to anyone who has tried to have an open discussion about gender. Reprimanding Webb for questioning her proposals, she said: ‘I think there is a demonisation of a community going on here and I often find that the media is complicit in it.’

Like most of their political plans, the Lib Dems’ views on gender identification are undemocratic and out of step with the majority view. Contrary to Swinson’s ahistorical comparison, we are not living in the early 20th century, when discrimination and abuse against individuals who refused to adhere to rigid gender or sexual norms were more commonplace. Thanks to historic fights for equality, it is now widely accepted that it is wrong to mistreat someone on the basis of how they talk, dress, who they sleep with or what they call themselves. We should continue to argue for everyone’s right to be who they want to be.

But this does not mean denying biology and smearing all opposing views as ‘bigoted’. Trans women are not automatically inclined to violence, as some of the more alarmist, so-called ‘TERFs’ might argue. However, removing medical and legal distinctions between the sexes does raise serious questions about the protection of sex-segregated spaces. Many commentators scoff at discussions of toilets or changing rooms as right-wing alarmism. But there are many women who are capable of being sympathetic to trans people while also wanting to maintain women-only spaces and opposing the idea of ‘gender neutrality’ in schools. They understand that sometimes gender and sex are important distinctions.

The debate around gender recognition has turned toxic. Disagree with someone like Swinson and you’ll be accused of conspiring in the demonisation of a vulnerable community. Thankfully, though, the Lib Dems’ views on gender are entirely unrepresentative of the public at large. Most people have a balanced take on these issues – it’s the mad platitudes from people like Swinson that make discussions of gender and freedom more difficult.