The woke elitism behind the left’s media-bashing

Corbynistas are convinced that the little people have been brainwashed by billionaires. 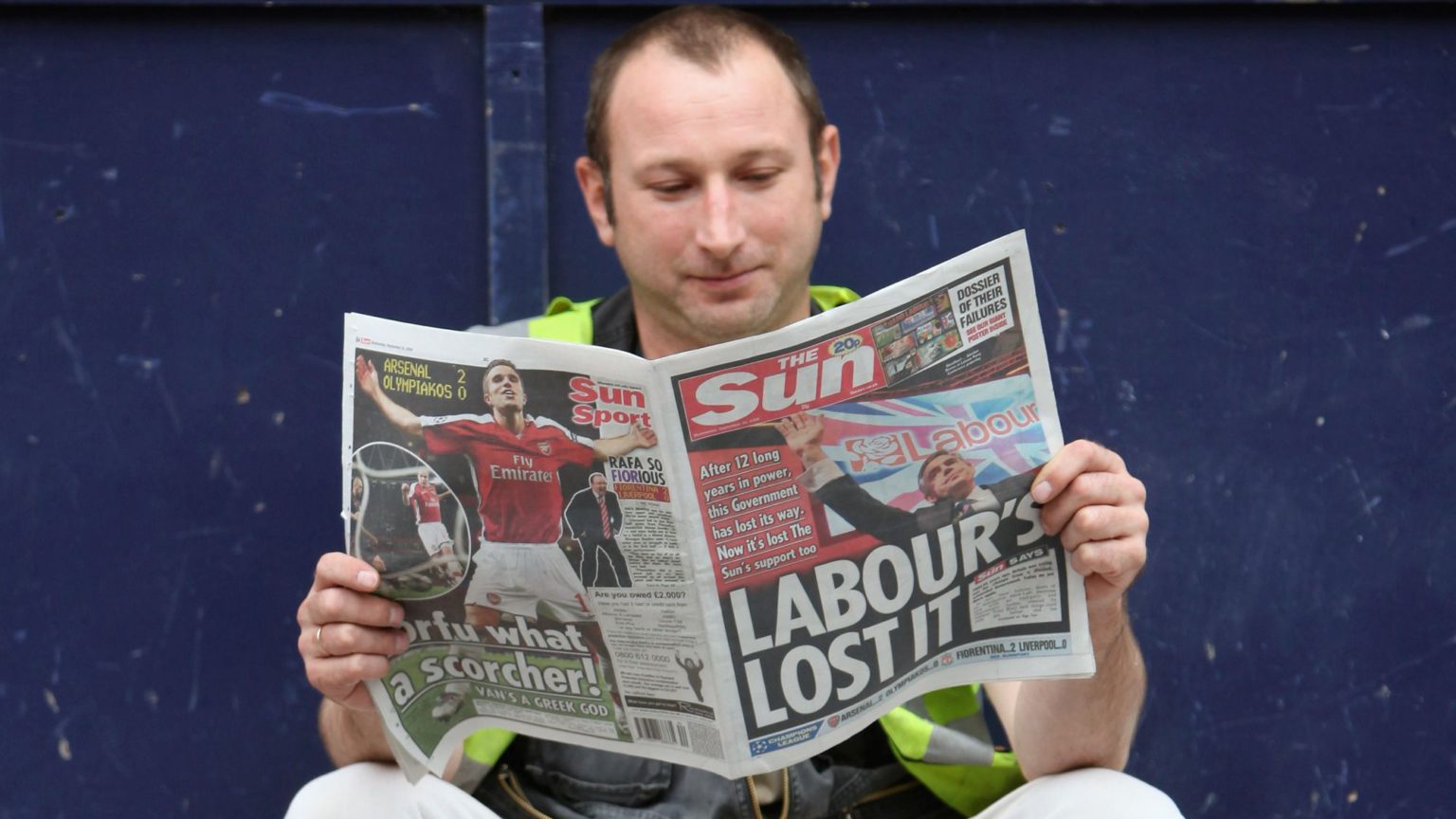 There’s a piece of graffiti that sums up the woke left’s view of ordinary people. It says: ‘When the British working class stop reading right-wing news, we will see progressive change.’ There it is. In black and white. Scrawled on a wall somewhere but frequently shared on social media by supposed progressives. One sentence that captures why so many modern left-wingers, and in particular the Corbynistas, are so obsessed with the press – because they think it has hypnotised the fickle masses and polluted the plebs’ brains with horrible right-wing ideas. Make no mistake: when the left rages against the media, it is really raging against the masses.

Media-bashing has resurfaced with a vengeance over the past couple of weeks. It isn’t hard to see why. The polls don’t look good for Labour. Some are predicting a wipeout, especially in Labour’s traditional working-class strongholds. And as has been the case for a good 30 years now, when political events don’t go the left’s way – or rather, when the dim public lets the left down – the knives come out for the media.

Corbynista commentators are railing against the ‘billionaire media’. ‘Billionaires control the media, and it’s undermining democracy’, say the middle-class left-wingers of Novara Media. How? Because these billionaires are ‘tell[ing] you what to think’. You, the gullible, ill-educated throng, that is; not us, the well-educated, PhD-owning media leftists at Novara who can see through the lies peddled by evil billionaires.

There has also been the mad fuss over the BBC’s editing of a clip from its Leaders’ Question Time that had the consequence of removing the audience laughter in response to Boris Johnson’s comment that trust is important in politics. This caused inexplicable meltdown among Momentum types. They accused the Beeb of behaving like Boris’s own Pravda. The Lib Dems reported the BBC to Ofcom (anything to distract from Jo Swinson’s career-endingly awful performance on the same show, eh?).

Paul Mason is talking about the BBC’s erasure of a couple of seconds of laughter as if it were the worst act of propaganda of modern times. The BBC has buckled under the pressure and admitted it made a ‘mistake’ – even as it explained, very convincingly to anyone who knows anything about the media, that the clip was only ‘shortened for timing reasons’ so that it could be included in a news bulletin.

And on it goes. Corbynistas never tire of moaning about the tabloid press in particular, which they think is pumping backward and racist ideas directly into the masses’ brains. Such leftish media-phobia has been around for a few years now. It really took off in the 1980s, when Labour kept losing to Thatcher. Rather than assess what Labour was doing wrong, and why it was losing so many of its working-class voters, left observers preferred to blame the Sun, in particular, for corrupting the little people’s minds. The people who were really being insulted here were not the Sun’s owners, editors and writers (if anything, they were being complimented for their powers of persuasion); no, it was the Sun’s readers, who were infantilised, robbed entirely of their agency, reduced to mere vessels that can be filled with propaganda by Murdoch and his employees.

So it was that Polly Toynbee denounced the ‘malign influence’ that Murdoch has over voters. During the Leveson era, Labour’s Tom Watson spun this line even further, insisting that Murdoch ‘orchestrate[s] public life from the shadows’. This is the language of the conspiracy theorist.

Among more radical leftists, like Noam Chomsky, elitist media-bashing has, if anything, been even more intense. Chomsky says the mass media has reduced people’s ‘capacity to think’; it trains us in the ways of ‘irrational jingoism’. The end result is a public gripped by ‘irrational attitudes of submission to authority and group cohesion behind leadership’. This elitist idea now finds expression in the Corbynista camp, all of whom have of course devoured Chomsky’s ideas about the ‘manufacture of consent’ – not realising, or perhaps not caring, that many of these ideas emanate from the anti-democratic theories of the early 20th-century American elitist Walter Lippmann.

From the working-class vote for the Tory Party to the victory of Brexit in 2016, the response from the left has been the same every time: the people were hoodwinked, brainwashed even, by nasty redtops or the mind-enslaving algorithms of Facebook. This fury with the media both lets the left off the hook for its own intellectual and political failings and also pushes further one of the most poisonous ideas of our time – that ordinary people aren’t cut out for serious political decision-making; that they lack the mental and moral capacity to think independently; that they can be easily directed to vote against their own interests. This is a deeply anti-democratic and paternalistic argument, and it is now undoubtedly one of the reasons so many voters are turning away from the left. After all, why would you vote for people who think you are a moron who is just one Mail editorial away from turning into a violent xenophobe?

‘When the British working class stop reading right-wing news, we will see progressive change.’ By pushing ideas like this, the left is getting its excuses in early. It is already writing the narrative for when – if – Corbyn’s Labour doesn’t do well. It won’t be Corbyn’s fault. It won’t be Labour’s fault. It won’t be the fault of a Momentum movement that has devoted itself to overturning the vote for Brexit and keeping us in the EU. No, it will be your fault – you stupid, gullible, un-woke consumers of the problematic media. This is the left’s message going into the final weeks of the election. And then they wonder why so many are saying: ‘Oh shag it, I’m voting Tory.’