Is it against the law to protest against Anna Soubry?

A woman has been convicted of ‘harassing’ Soubry by protesting against her. This is deeply troubling. 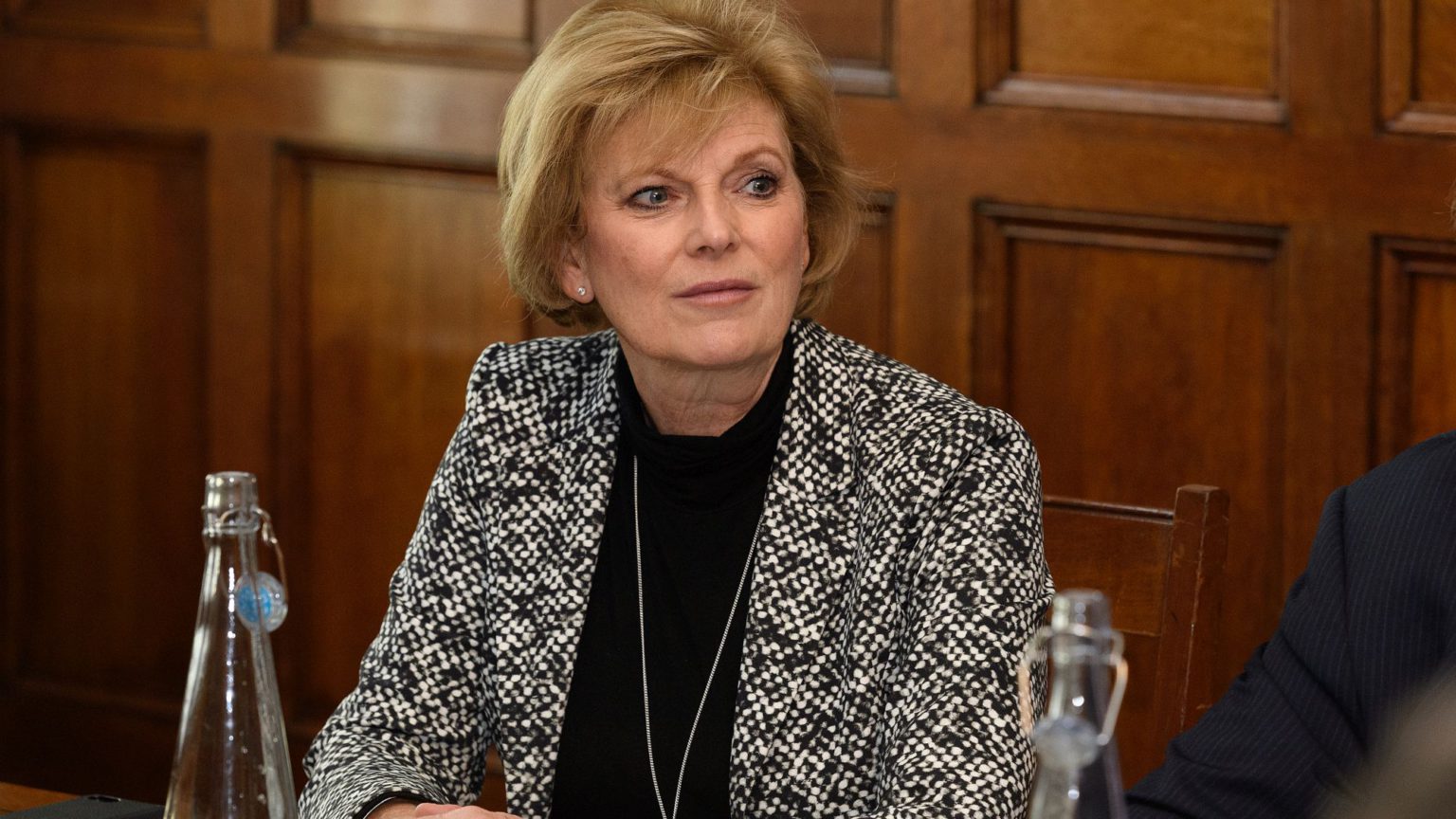 Is it against the law to protest against Anna Soubry? It looks like it is. A court has found a woman guilty of causing Ms Soubry to feel ‘alarm and distress’ by interrupting her public meetings and calling her a traitor during a live TV interview. In the words of the judge, the woman was ‘driven by anger at Ms Soubry’s political views on Brexit’ and that anger made Ms Soubry feel harassed. This is a deeply disturbing verdict. It should worry everyone who believes in the political right to challenge MPs and the broader elite.

The individual in question is Amy Dalla Mura, a somewhat eccentric member of the nationalist party, the English Democrats. She is known to lurk close to live TV interviews and interrupt politicians. What’s more, she is standing for the English Democrats in Broxtowe, Soubry’s seat. So Soubry has taken to court and successfully convicted one of her challengers in the General Election. That feels wrong and anti-democratic. Worse, the judge, finding Dalla Mura guilty of harassment, decided to ban Dalla Mura from the constituency of Broxtowe. Graciously, she is still allowed to contest the seat of Broxtowe, but she is not allowed to visit it and she is not allowed to mention Soubry – the incumbent MP – in any of her campaigning literature. This feels like an intolerable judicial intervention into the sphere of politics.

The truth is that Dalla Mura’s actions would strike a great many people as political activity, not harassment. Westminster Magistrates’ Court heard that she turned up to a meeting Ms Soubry was speaking at in parliament and ‘repeatedly interrupted her’. She filmed and live-streamed the event and her own interruptions. She also stood behind Ms Soubry during a live TV interview for Newsnight and called her a traitor. The judge said this kind of behaviour was ‘oppressive and unacceptable’.

Anyone who has ever spoken at a meeting that is disrupted by protesters will know how irritating it is. Having myself faced hostile protesters at Oxford, Cambridge and elsewhere, I know it isn’t pleasant. Having also taken part in media debates in which I’ve been shouted down – including by Soubry! – I know how annoying that can be too. But oppressive? Alarming? A matter for the courts? That is way over the top. Dalla Mura may, in the words of one of the witnesses, be a ‘troubled’ person, and she may, as the judge said, be ‘angry’ over the betrayal of Brexit, but she did things which would previously have been accepted as part of the rough and tumble of democratic politics.

Left-wing people frequently invade public meetings and shout down Tory speakers. Filming oneself confronting a politician is now par for the course in public life. Shouting things at politicians as they give live TV interviews has become perfectly normal in recent years. Consider the Stop Brexit man, Steve Bray, who has been standing outside Westminster for ages and barking stupid slogans at every pro-Brexit politician who is speaking to the TV cameras. Is that harassment too? Is that oppressive and unacceptable?

Protest, confrontation and, yes, anger are all a key part of politics. Citizens must have the right to engage with representatives, including angrily. That a magistrate is passing judgement on an individual’s ‘anger at Ms Soubry’s political views on Brexit’ is what is truly alarming in this case. People have a right to be angry about what Soubry and other politicians have done to the vote for Brexit – they have betrayed it, blocked it and demeaned it, and in the process they have caused immeasurable harm to democracy in this country. People must have the right to express anger about it in a peaceful way.

This is a very worrying case. It potentially sets a dangerous precedent. When anger at MPs can be refashioned as harassment, the right to protest itself is called into question. When judges can instruct candidates in an election to stay away from the constituency they are contesting, the independence of the political sphere is called into question. Dalla Mura may have caused Ms Soubry to feel alarmed – the rest of us will feel alarmed by the seriously anti-democratic and illiberal consequences that this verdict could have.