Why Extinction Rebellion seems so nuts

The more dogmatic environmentalism becomes, the more it loses touch with reality. 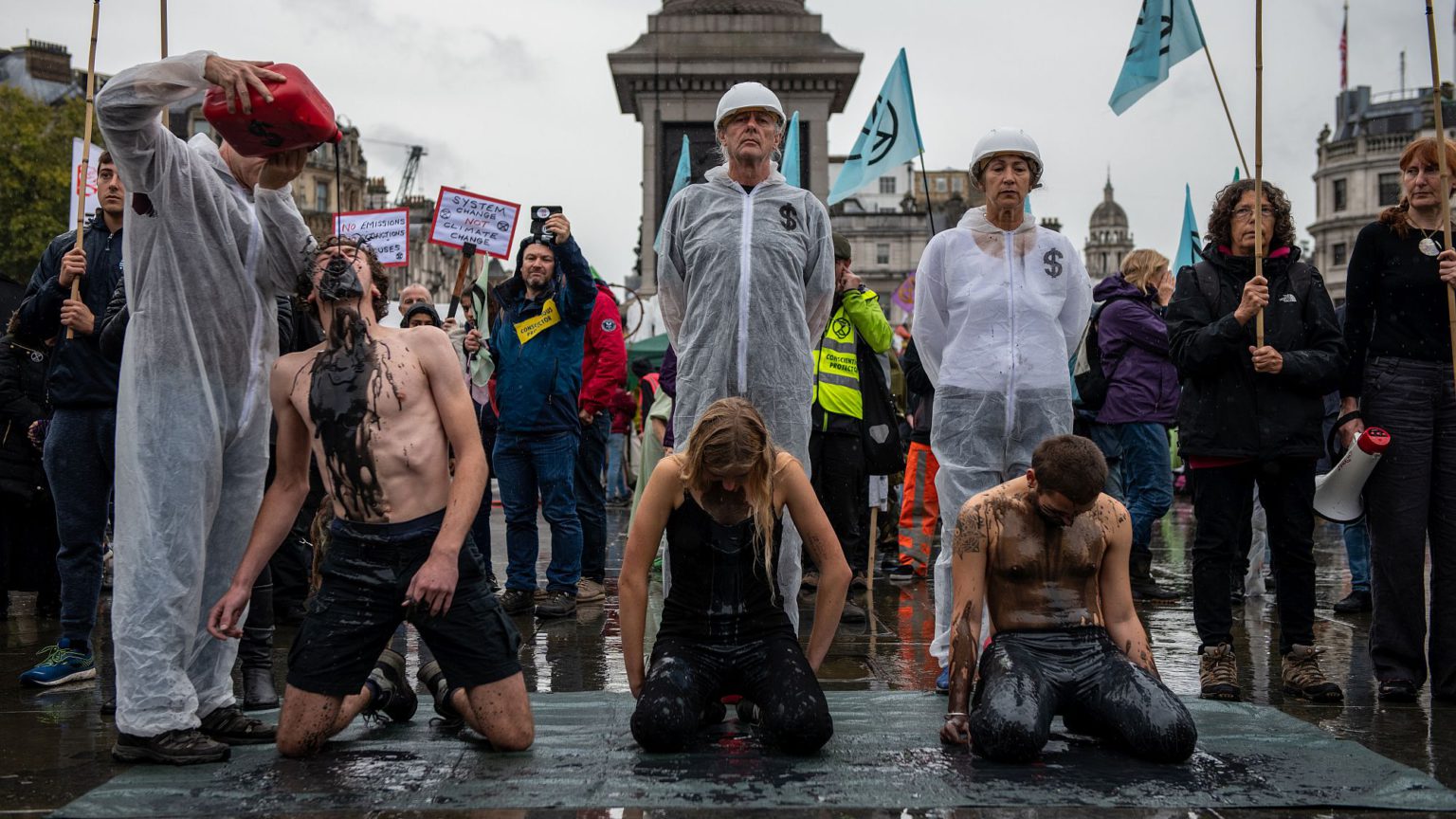 This is an edited version of a short speech Brendan O’Neill gave at the Battle of Ideas festival in London on 3 November 2019.

One of my favourite political events this year was the Battle of Canning Town. This was the moment when Extinction Rebellion decided to send its painfully middle-class agitators to a working-class part of East London early in the morning to lecture and inconvenience people who just wanted to get to work. What could go wrong?

Quite a lot, it turned out. There were many wonderful moments. The two posh greens who climbed on top of a Tube train at Canning Town were mocked and eventually dragged down. A commuter can be heard branding one of the protesters a ‘ponytail weirdo’. Elsewhere on the Tube system that day, commuters pointed out that the London Underground is run on electricity and is therefore pretty eco-friendly. ‘Are you that fucking stupid?’, one asked a smug-looking couple of XR agitators. ‘No wonder you can’t get jobs…’

But the best moment came during the Battle of Canning Town, during that clash between working people and eco-elitists, when one of the commuters shouted at the protesters: ‘The world is not coming to an end!’ I thought that was brilliant. This woman was just trying to get to her job and yet she found herself having to act as the voice of reason against the new hysteria. And she rose to the occasion wonderfully. She said what many of us know to be true: humankind does not face extinction.

The reason I admire the Battle of Canning Town is that it represented a potential turning point in modern green politics. It was really the first time in a long time that eco-hysteria was subjected to public judgement, to democratic rebuke, to the rational scepticism of the people. For far too long green ideology has been insulated from public challenge and public debate and this has allowed it to become increasingly eccentric and even unhinged. The Battle of Canning Town represented a reasoned, bottom-up pushback against the protected hysteria of modern environmentalism.

This is the thing I find most fascinating about Extinction Rebellion: its very name is a lie. Those two words themselves are untrue. Humankind does not face extinction, and all reasonable people know this. We know that there is nothing in the IPCC reports – which themselves are often over-the-top – to justify XR’s harebrained claims that we have 12 years to save the planet, and if we fail billions of people will die. They’ve just made this up.

As for the second word – ‘rebellion’ – this is a lie, too. Extinction Rebellion is not a rebellion. Rather, its ideology and misanthropy are entirely in keeping with the outlook of mainstream politics and popular culture. From the educational sphere to Hollywood’s output, from the political elite to the worlds of advertising and publishing, the ahistorical, anti-human idea that mankind is destroying the planet and will be punished by Weather of Mass Destruction for having done so is entirely accepted, and increasingly unquestionable, in fact.

Extinction Rebellion is not an edgy, radical movement. It is the militant wing of capitalist society’s loss of faith in itself. It expresses in an outward, colourful, pseudo-protesting form the intellectual and moral rot of the capitalist system itself, which now prefers to freak out over the ‘human footprint’ on the planet than to remake the world in the image and the interests of at least a certain section of humanity.

There are two striking things about Extinction Rebellion. The first is that it expresses the same old incorrect, disproven claims of conservationism and environmentalism that have been doing the rounds for decades. And the second is that it does this in an increasingly intemperate, morally unanchored and even apocalyptic fashion. We need to explain why this is.

On the first point – XR makes the same fundamental mistake as every naturalist misanthrope in history. It views population growth and humanity’s use of resources as variable and everything else, most notably human ingenuity, as fixed. This means its basic maths, not to mention its morality, is wrong.

It means XR makes the same mistake as Thomas Malthus did, and as the early 20th-century eugenicists did, and as 1970s eco-extremists did. It sees humankind as merely a consuming force, never as a producing or imaginative one. This is why Malthus failed to foresee the Industrial Revolution, which obliterated his claims that humankind would starve; and this is why 20th-century eugenicists failed to foresee the Green Revolution and its feeding of vast numbers of human beings; and this is why contemporary eco-alarmists fail to see, or simply ignore, the potential of the Nuclear Revolution – because these people have a jaundiced view of mankind as merely a user, an exploiter, a drain, which means they rarely appreciate mankind’s capacity for production and discovery and invention.

But XR expresses this old morally illiterate, scientifically dubious view of mankind in a strikingly new way. Its language is, to be frank, deranged. It says Africa is on fire, which is a lie. It says billions of humans will die in the next few years, which is not true. It says we are running out of resources – another myth. The linguistic shifts are remarkable. Greens have gone from talking about climate change to climate emergency to climate breakdown to climate catastrophe. These are not scientific terms; they are moralistic terms that express a fearful and often quite unstable view of humanity’s impact on the planet.

Why is XR like this? Because for too long green thinking has been insulated from debate and confrontation. Censorship has been deployed to deflect criticism from the green ideology. Anyone who raises questions about eco-misanthropy is branded a climate-change denier and efforts will be made to expel him or her from public life. The tragic environmentalist outlook has been forcefielded against rational, serious challenge, and in such a criticism-free vacuum green thinking has become more estranged from reason and more apocalyptic in outlook.

Censorship is the midwife of stupidity, and more importantly of dogmatism. When religious or political or moral ideologies are insulated from critique, they become dogmas. They become belief systems that are cleaved to, not because they have been tested and discussed in the public sphere, but because their adherents just know that they are right. These are the perfect conditions in which arrogance and intellectual hollowness can flourish, and in which defensiveness and fury become the default responses to any challenge from outside.

That is what has happened to environmentalism. It has been protected by the establishment against questioning and ridicule. Until the Battle of Canning Town. That’s the beauty of that battle – how quickly green hysteria crumbled in the face of simple scepticism. ‘The world is not coming to an end…’ This was the light of reason shining into the dark, dogmatic recesses of green ideology. Let’s have more of it.