Trump, butt out of our election

The US president should not be pontificating about the makeup of our next government live on air. 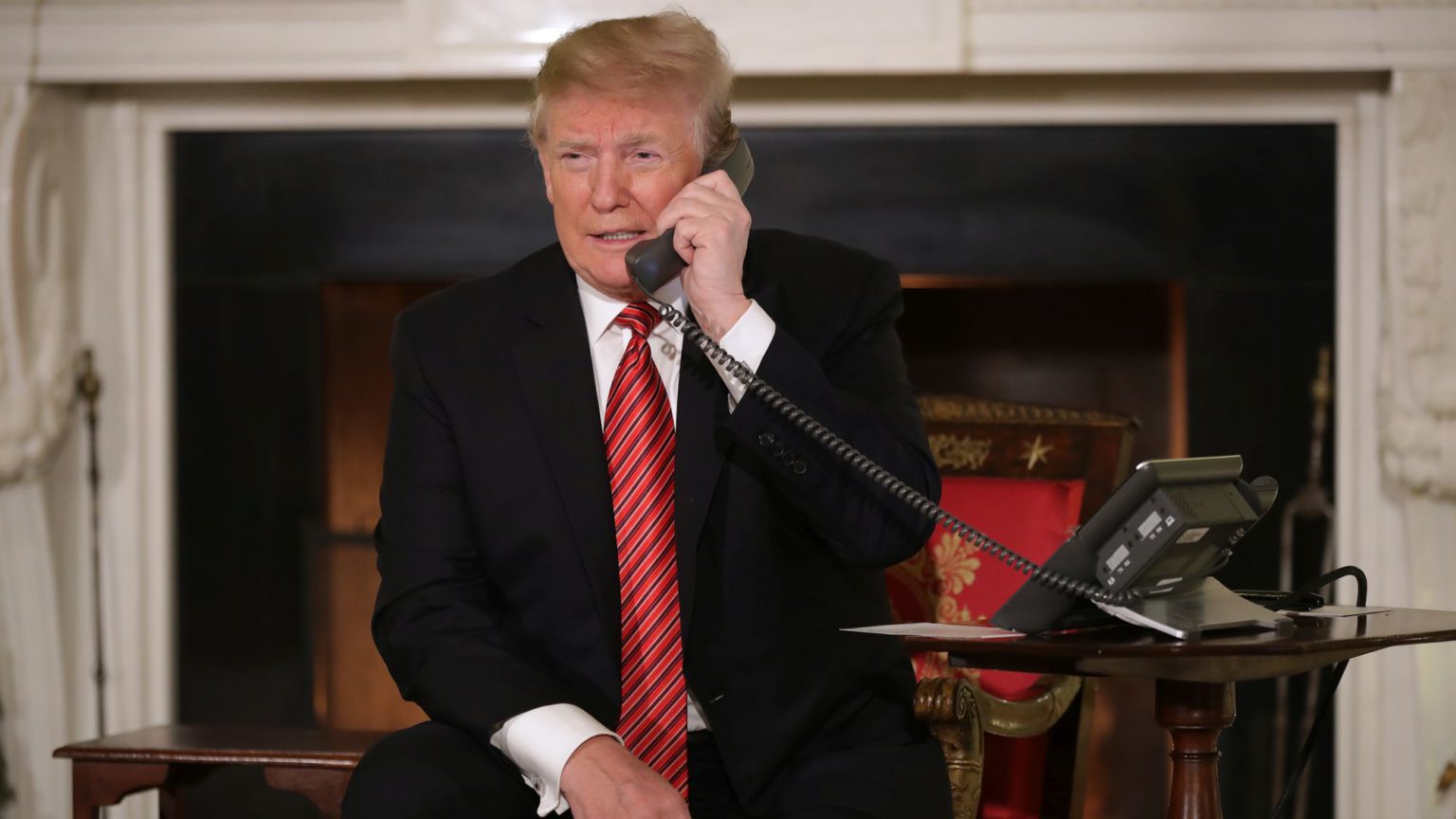 In the radio coup of the year, perhaps the century, LBC managed to get US president Donald Trump to call in to Brexit Party leader Nigel Farage’s show last night.

The interview is a classic of the Trump genre, full of digressions, self-aggrandisement and the odd bit of patent bollocks: he repeated his claim that he predicted the result of the Brexit referendum the day before it was announced while opening his golf course at Turnberry in Scotland (the opening was in fact the day after the result).

But he also barged into our upcoming election by effectively picking out his dream-team future government live on air. PM Boris Johnson’s Conservatives have long ruled out a pact with Farage’s Brexit Party. And Trump said he wished the two Brexiteers would ‘get together’ to form an ‘unstoppable’ electoral pact:

"I wish you two guys could get together" – President Trump appeals to Nigel Farage to do an electoral pact with Boris Johnson. https://t.co/zlpBP94h4J via @YouTube

Trump also voiced his concern that Johnson’s re-negotiated Withdrawal Agreement might block a trade deal being done with the US. And he had some choice words for Jeremy Corbyn. He nodded to Corbyn snubbing the state dinner during his UK state visit earlier this year, and said the Labour leader would be ‘so bad for your country… he’d take you in such a bad way’.

World Exclusive: President @realDonaldTrump told @Nigel_Farage, Corbyn "would be so bad for your country, he'd take you into such bad places" #TrumpOnLBC pic.twitter.com/bbECEYbYSC

He should butt out. Foreign leaders should not be weighing in on the political affairs of other states, let alone a supposedly close ally. Brexiteers were rightly furious when President Barack Obama was wheeled out by the Remain campaign, to say we’d be at the ‘back of the queue’ for a trade deal with the US if we voted for Brexit. And we should be just as furious today about Trump playing fantasy cabinets on our airwaves.