Why won’t they say that Baghdadi was evil?

Too many feel unable to condemn the dead ISIS leader in strong moral terms. 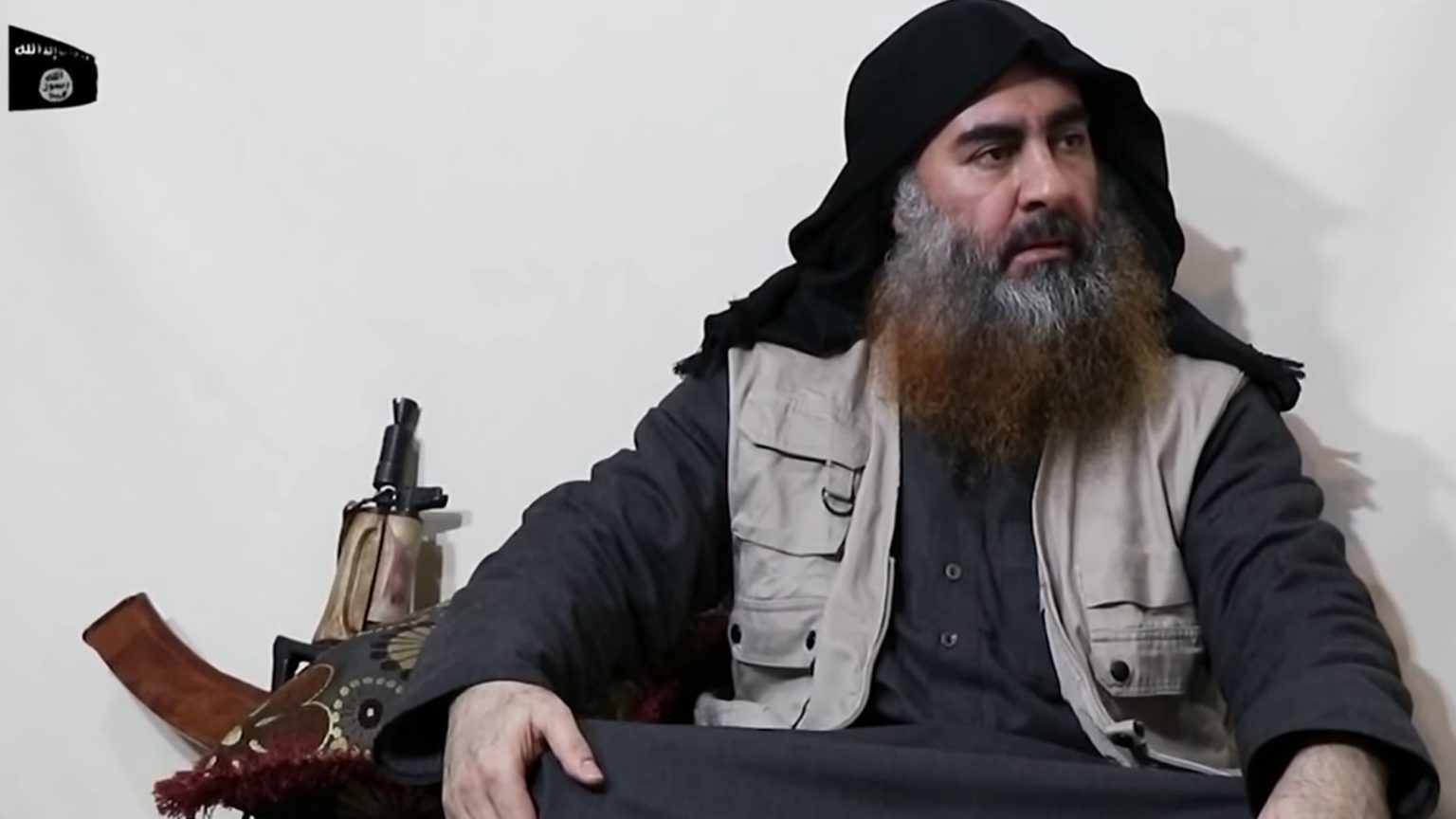 This was the second headline the Washington Post chose for its report on the death of Baghdadi. It was easily the most misleading, given that this ‘austere religious scholar’ was also a terrorist-in-chief who urged his global adherents to seek out ‘infidels’ and cave their heads in with rocks.

Many have rightly mocked the Washington Post’s soft-soap approach to the leader of a mass-killing machine. But as spiked pointed out, other outlets were equally rose-tinted, with one describing him as a ‘promising young footballer and student of the Koran’, and another telling ‘a rags-to-riches story of “a little-known teacher of Koranic recitation” who transformed himself into the “self-proclaimed ruler of an entity that covered swaths of Syria and Iraq”’.

This desire to humanise Baghdadi, to demystify him through biographical mundanity (‘shy’, ‘studious’, ‘not great with ladies’), is understandable. Nothing human should be alien to us. Grasping his personal evolution, the political and social conditions in which he and his followers’ jihadism prospered, is a necessary task.

And that really should not be downplayed. Baghdadi consciously sought the annihilation of those whom he and his movement deemed unpure: the apostates and the infidel. And, of course, the Yazidis. The mission of ISIS, writ large in the takfir doctrine to which its adherents dedicate themselves, is near-enough genocidal. Yes, some unbelievers were permitted to live in the Islamic State, as long they paid a punitive tax, and accepted their enslavement. But many weren’t. Gratuitous slaughter tended to be ISIS’s preferred modus operandi. What’s more, Baghdadi encouraged the soldiers of his Islamic State to revel in it, to embrace the act of annihilation. Decapitating prisoners or garrotting apostates became a gruesome rite of passage, a means for the jihadist to perform his own purity and zeal, sometimes in front of cameras.

We therefore can and should call Baghdadi evil. That defines him. Not his youthful bookishness, his useful left foot, but his wilful destruction of human life.

The reluctance to condemn Baghdadi as evil, the willingness to downplay that which morally set him apart, is not just a failing among obituarists, or even among certain sections of the Western media. It also speaks of the Western elites’ lack of moral clarity more broadly – a lack brutally exposed in its confrontation with ISIS.

Of course, there was a ready acceptance that ISIS was a barbaric movement. After all, it was responsible for countless terrorist atrocities, attempted genocides, and gratuitous, self-aggrandising murders. But simultaneously, there was always a sense among Western political elites that Western states and traditions were really not much better. It meant that a morally relativising pall hung over the West’s response to ISIS’s barbarism.

This came to a head in February 2015, a few months after ISIS had terrorised the Yazidis and imposed its murderous regime on vast swaths of Iraq and Syria. President Barack Obama said at the National Prayer Breakfast that: ‘Lest we get on our high horse and think this is unique to some other place, remember that during the Crusades and the Inquisition, people committed terrible deeds in the name of Christ… [And] slavery and Jim Crow all too often [were] justified in the name of Christ.’

‘Lest we get on our high horse.’ Obama was effectively refusing to condemn ISIS in moral terms because he felt that the US and its allies were not much better. Terrible deeds had been carried out in the name of Christ just as they were being carried out in the Middle East in the name of the Prophet. There may have been some logic to Obama’s position (although the ahistorical equivalences drawn really don’t hold up). But it wasn’t logic that was really informing his position. It was the implosion of all semblance of moral authority. It was the growing sense that the one-time leader of the free world was no longer in a position to judge a barbaric, murderous cult, ‘lest we get on our high horse’.

Many criticised Obama at the time. But this inability to pass moral judgement was not Obama’s alone. It was (and is) increasingly shared by Western political and cultural elites. They believe that to condemn militant Islamists is to indulge Islamophobia; that to extol the virtues of Western civilisation is to approve of instances of Western barbarism; that to judge Western culture superior to that served up elsewhere is to support racism.

This retreat into an unthinking moral relativism was not a conscious decision. Rather, it was prompted by the corrosion of the sources of Western elites’ moral authority. The certainties of the Cold War are long gone. And the blundering, ethically veneered interventions in Iraq, Libya and Syria designed to resurrect them only further drained what was left of the West’s moral authority. In its near absence, Western elites experienced moral disorientation. And it left them often paralysed before ISIS, incapable of justifying either the most meagre of boots-on-the-ground interventions then, or the most severe condemnations of Baghdadi now.

Of course, there is the current US president, Donald Trump. His embellished grandstanding speech, celebrating the dog-like death of the ‘whimpering’ Baghdadi, sounded like an attempt to revive some of that long-lost U-S-A moral confidence. But it jarred with the prevailing mood music, composed as it is of moral grays and historical regrets. Pundits and politicians compared it unfavourably to Obama’s quiet, clinical response to Osama bin Laden’s death. Trump’s was too ‘vivid’, too full of ‘John Wayne bravado’.

That wasn’t the real problem with it. No, the real problem was that Trump’s showmanship was no substitute for sincerity. Like his predecessor, he lacks any real moral clarity. Hence, just a few days ago, he said, cynically and ignorantly, that the Turkish Kurdish Workers’ Party (PKK) is worse than ISIS, no doubt as a sop to his ally, Turkey’s President Erdogan. Trump no more knows where he ought to stand on ISIS than Obama did.

It seems that in death, just as in life, Baghdadi continues to expose and exploit the moral disorientation of Western political elites.

Tim will be speaking at the sessions ‘The rise of conspiracy theorists’, ‘The crisis of trust in institutions’ and ‘What can we learn from the Enlightenment?’ at the Battle of Ideas festival in London this weekend. Get tickets here.