Our leaders say the Islamic State threatens civilisation – why won’t they fight it? 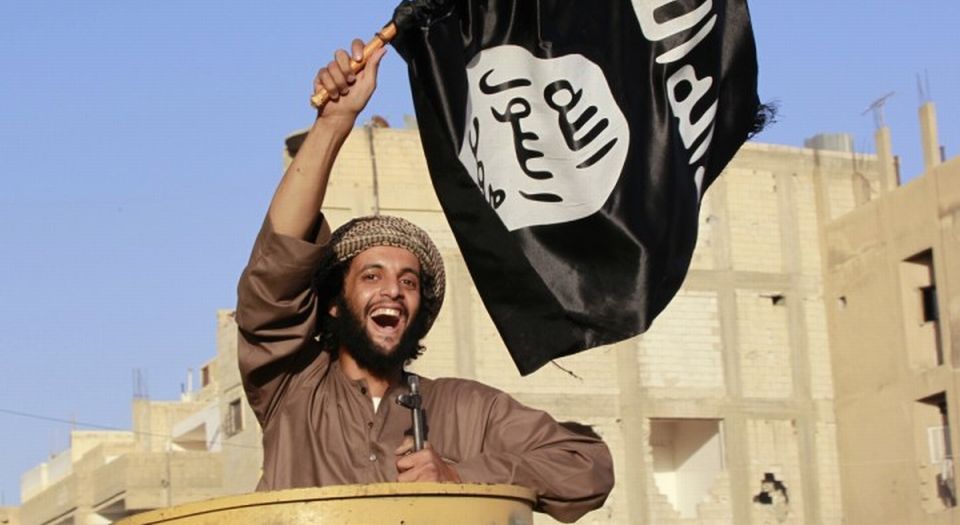 Has anyone else noticed the colossal disconnect between Western leaders’ rhetoric on the Islamic State and their proposed action against it?

With their words they tell us IS poses the greatest threat to Western civilisation. This bloody cowboy statelet is an ‘imminent threat to every interest we have’, says US defence secretary Chuck Hagel. This ‘death cult’ is a threat not only to the people of Iraq and Syria but to ‘the whole world’, says Australian PM Tony Abbott. Fighting IS is the ‘greatest struggle of our generation’, says Canada’s foreign affairs minister, adding: ‘[The IS] worldview is a direct challenge to the values of Western civilisation.’ IS is ‘the most serious threat’ the Western world faces right now, says British PM David Cameron.

And how do these leaders of the West, these fretters over the future of Western civilisation, plan to tackle this barbaric pseudo-state that is apparently a challenge to every interest we have? With some airstrikes. And by arming the Kurds. That’s it. There will not, as President Obama emphasised with gusto during his address to the American people last week, be boots on the ground. This great struggle to defend the values of the West ‘will not involve American combat troops fighting on foreign soil’, he said.

In short, this is a generational struggle that will involve very little struggle, a fight to defend civilisation that will involve next to no fighting. Our leaders ramp up the rhetoric – talking about the need to galvanise the West and its allies against what the Canadian minister calls ‘one of the most barbaric terrorist groups the world has ever known’ – while making clear that no Westerner, not even our soldiers, will be expected to put themselves in harm’s way to guard the gates of civilisation from these ‘barbarians’. We won’t fight them on the beaches (or rather, deserts); we’ll just bomb them from the air and leave the messy business of hand-to-hand combat to the ill-trained, already stretched Kurds. Let the Kurds defend the ‘values of Western civilisation’.

This disconnect, this alarming disparity between what our rulers say about IS and what they are willing to do about IS, captures brilliantly the contradictory nature of modern Western military intervention. On one hand, our leaders are inexorably drawn to foreign fields, seeking there what they severely lack at home: a sense of mission, of purpose, the kind of moral clarity that comes from being a self-styled defender of good against wickedness, which is increasingly difficult to achieve in the low-stakes, post-ideological, relativistic mush of contemporary domestic politics. But on the other hand, their aversion to risk, and most importantly their aversion to loss, especially loss of life, means they aren’t willing to do very much in those foreign fields, beyond dropping a few bombs, arming a few local militias, and hoping for the best.

In short, the very same crisis of political conviction that propels them to seek a quick moral kick in the foreign sphere in the first place also means that they hold back in those foreign spheres: they stay high up, or in their barracks, and do everything they can to avoid getting bogged down or suffering loss. They talk a good fight against ‘evil’, but rarely fight it. We end up with the worst of all worlds: Western rhetoric turns local, relatively small-scale conflicts into cosmic Culture Wars between civilisation and wickedness, which ramps up the ante and intensifies tensions; and Western cowardice, our leaders’ unwillingness to put their weapons where their mouths are, unwittingly ends up strengthening the West’s enemies, allowing them to exploit to great effect the reluctance of the West to engage, to commit and, most of all, to sacrifice.

The IS crisis exposes the moral hollowness of Western intervention. It confirms that the main aim of Western sabre-rattling in foreign fields today is not to achieve any tangible territorial or realpolitik goal, but rather to get a short-term hit from posturing against forces described as evil or as an existential threat. So IS provides at-sea Western leaders and activists and observers with that thing they have continually craved in the post-Cold War, post-politics era – the rush that comes from contrasting oneself to a deeply unpleasant, menacing, backward force; the chance to advertise one’s devotion to democracy and civilisation by holding press conferences to denounce a foreign outfit that so clearly opposes these things. Yet when it comes to going beyond the press-conference stage – when it comes to sending men, women, machines and weapons to face down this dark foreign force that reminds us how important and allegedly fragile Western civilisation is – things come unstuck, our leaders clam up, new lines are drawn. They’ll drop a bomb and arm a Kurd to show how passionately devoted they are to defending the ideals of the West, but no more.

There are two problems with this sort of loss-averse, commitment-phobic Western interventionism. The first is that it is very unlikely to defeat IS in any meaningful way. Currently, Western powers are embroiled in a global game of ‘whack-a-mole’ – hitting from the sky IS positions in one part of the Middle East only to see the group emerge elsewhere. So IS is whacked in Iraq, yet it re-emerges, stronger in some ways, in parts of Syria. The things that are required thoroughly to defeat a group that is apparently ‘a threat to every interest we have’ – including infiltration of said group, hand-to-hand combat with it, the seizing of its territory, the assumption of political dominion over its territory, and the arrest and trial of its leaders – have all already been written off as involving too much time, hardship and commitment for a West that prefers PR to war.

And the second problem with the West’s rhetoric-heavy but military-lite intervention in Iraq, and maybe Syria soon, is that it unwittingly emboldens IS. The military squeamishness of the modern West, the West’s lack of stomach and heart and desire for anything like a full-on fight – even when the ‘values of Western civilisation’ are apparently under threat – acts as a red rag to IS, encouraging it to continue fighting in the face of external powers that might slam it in press conferences, and occasionally from the skies, but which are unlikely ever to turn up with guns blazing. Indeed, IS’s grotesque beheading videos seem directly designed to taunt a West that is utterly averse to loss, that is allergic to the idea of committing life or limb to this fight to defend the the West from barbarism. IS knows that the public execution of just one Westerner will profoundly rattle a West that feels its values being undermined but which is stunningly reluctant to sacrifice anyone or anything to defend those values. Western leaders’ moral cowardice is the best weapon IS currently has.

Some claim Western politicians’ reluctance to get embroiled in a boots-on-ground war against IS is down to the Iraq experience and a ‘lack of stomach’ for another war in the Middle East. There’s far more to it than that. The sad semi-war against IS speaks, not simply to post-Iraq moral malaise, but to a far more profound, deep-rooted crisis of values and vision in the modern West, and to an all-encompassing culture of fear holding our leaders back from taking risks, devoting men to tasks, and throwing their weight behind big and meaningful fights. All those Western leaders who say the values of Western civilisation are threatened by IS but who are reluctant to send combat troops to fight IS – either they don’t really believe that the values of Western civilisation are under threat or they don’t believe these values are worth fighting hard for. I think it’s a combination of both, but it’s mainly the latter.

And so they hope that the Kurds will fight to the death to defend our way of life. This is another disastrous consequence of the war-lite against IS: it turns the Kurds into almost the sole defenders of ‘the values of Western civilisation’ against ‘one of the most barbaric terrorist groups the world has ever known’, which in turn makes the Kurds into IS’s most hated enemy. If, God forbid, IS makes gains into Kurdish territory, we can expect a bloodbath – Kurds being slaughtered as a result not only of IS barbarism but also of Western moral and military cowardice.