The forgotten victims of ISIS

Five years on from the Sinjar massacre, the Yazidis deserve our support more than ever. 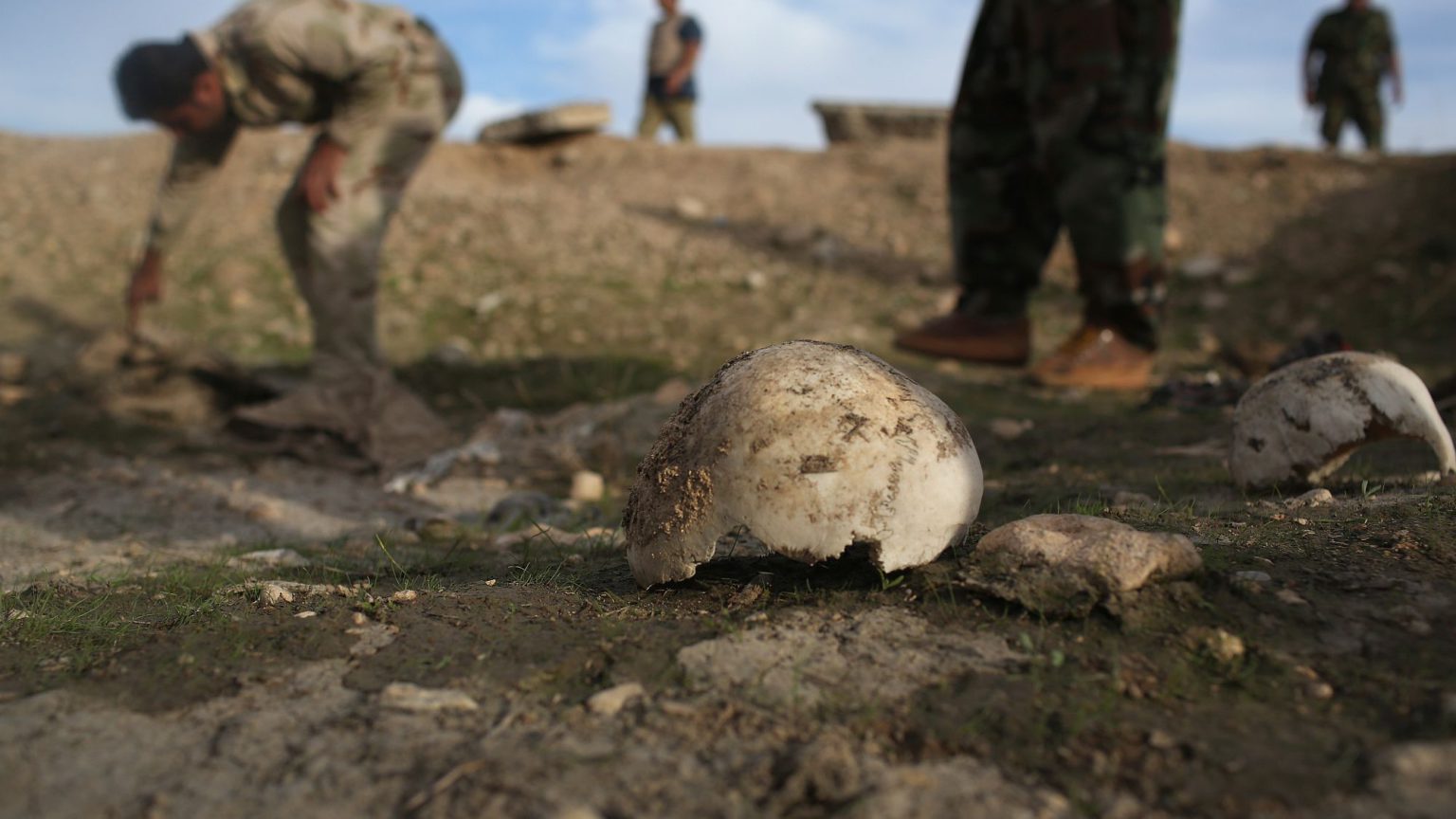 In the early hours of 3 August 2014, groups of armed men, black ISIS flags fluttering in the breeze, left Mosul and Tal Afar in Iraq, and Al-Shaddadi and the Tel Hamis region in Syria, to begin what was to be a barbaric assault on the Sinjar region in north-west Iraq. Their objective wasn’t territorial. It was near enough genocidal. They wanted nothing less than to eradicate Sinjar’s majority Yazidi populace, be it through murder or enslavement and conversion.

It’s not the first time the Yazidis have faced an existential threat. In the course of their long history, Yazidis, who follow an ancient monotheistic precursor to the Abrahamic religions, have been repeatedly persecuted and massacred, and their beliefs deemed Satanic, heretical. But rarely has the existential threat been as viciously and systematically executed as it was five years ago.

That morning, however, the mainly Yazidi inhabitants of Sinjar town, and the hundreds of villages spread out around the base of Mount Sinjar, were oblivious to the approaching barbarity. As a 2016 UN report puts it, Kurdish Peshmerga, who, in the absence of Iraqi security forces, offered a semblance of law and order in Sinjar, had been ordered to retreat at the news of ISIS’s approach. But the message had not filtered through to those to whom they offered protection. And, so, when ISIS arrived, they did so with very little forewarning.

With no time to organise anything approaching resistance (although some did try), many Yazidi families had little choice but to attempt to flee to the inhospitable slopes and plateaus of Mount Sinjar itself. Others, encouraged by their Arab neighbours and friends, remained, running white flags above their homes. There was no good option. ISIS pursued those who fled, and rounded up those who remained.

The Yazidi families ISIS caught and rounded up were, firstly, separated. Men and pubescent boys taken one way, and women and children the other. Many of the men and teenage boys were, then, either shot in the head or had their throats slit. Their corpses were often left where they fell, outside their homes or by the side of the road near ISIS checkpoints. Those who survived, usually by ‘converting’ to Islam, were then taken away to be used as slave labour elswhere in ISIS’s then rapidly growing caliphate.

Yazidi women and children suffered a different but equally brutal fate. Women and girls (some as young as nine) were sent to holding sites, where they were treated and sold off as chattel, and then, sometimes, sold on again at a profit. Many were bought by or given as gifts to ISIS fighters, where they were then subjected to daily rapes and beatings. If they had young children, their threatened punishments were a means to frighten recalcitrant mothers into submission. ISIS had other plans for young Yazidi boys. They were to be child soldiers, mere collateral to be deployed on the battlefield.

Thousands of Yazidis did manage to make it to the relative safety of Mount Sinjar. Once there, however, ISIS laid siege. By the time the Kurdish YPG units from Syria had carved out a corridor from Sinjar to Syria, it was too late for many. Temperatures of 50 degrees celsius and a chronic shortage of food and water had taken their toll.

Murder, rape and slavery. Such was the awful fate of many Yazidis under ISIS.

Even today, after the fall of the Islamic State, it is difficult to calculate the cost of ISIS’s barbarism. Mass graves are still being discovered, and half of some 3,500 Yazidi women abducted by ISIS remain unaccounted for. We do know that nearly 7,000 Yazidis were enslaved, and that 400,000 were displaced, mainly to camps in northern Iraq. But there remains much that remains unreported or underreported about the Yazidis’ continued suffering.

And that is what is troubling about the legacy of what happened five years ago. Then, it was a news story that dominated the global political agenda. Indeed, ISIS’s attack on the Yazidis was the prompt for the West, led by the US, to focus its military operations in the region on ISIS. Yet, today, what happened to the Yazidis – the massacres, the enslavement, the systematic violence – remains out of focus and largely forgotten. Much unwarranted ink may have been spilled in support of Shamima Begum, the self-selecting and unrepentant ISIS bride from London, but little attention has been given to some of the main victims of ISIS’s miserable rise. This is an indictment of the moral compass of too many in the West.

And, make no mistake, the Yazidis do deserve attention and support. Not least because the legacy of what ISIS did continues to cut deep. Many Yazidis have been unable to return to Sinjar. Sinjar town itself remains as ISIS left it, in ruins and riddled with ‘improvised explosive devices’. More damaging still is the plight of those formerly enslaved women with children born of ISIS fathers, who, following a ruling of the Yazidi Spiritual Council, now know that such children would not be welcomed back in the Yazidi community. As a result, many women, unable to leave their children, now either remain in disease-ridden internment camps with their former ISIS owners close by – two prisons in one – or have sought refuge elsewhere, away from what remains of family and friends.

And, then, of course there is the well-grounded fear of the return of ISIS – its fighters, now beardless and conventionally dressed, just waiting for their chance to strike back.

Moreover, as Pari Ibrahim, founder and executive director of the Free Yezidi Foundation, points out, the persecution and isolation of the Yazidis is not merely attributable to ISIS. For too long, they have been treated by the Iraqi state as second-class citizens, without adequate political representation; and, for far longer, their religious beliefs have been viewed by Sunni and Shia alike as, at best, suspicious, and, at worst, with fear and loathing. Much, therefore, needs to be done in Iraq to ensure the Yazidis’ future finally diverges from its persecuted past.

So, five years on, ISIS’s attempt to massacre and enslave the Yazidis continues to exert a baleful influence over their future. That is why they deserve our political support and focus in a way other supposed victims of Islamic State, like the ISIS brides, really do not.