Votes for 16-year-olds is a completely undemocratic idea

The establishment wants to use teens as a stage army against adult voters. 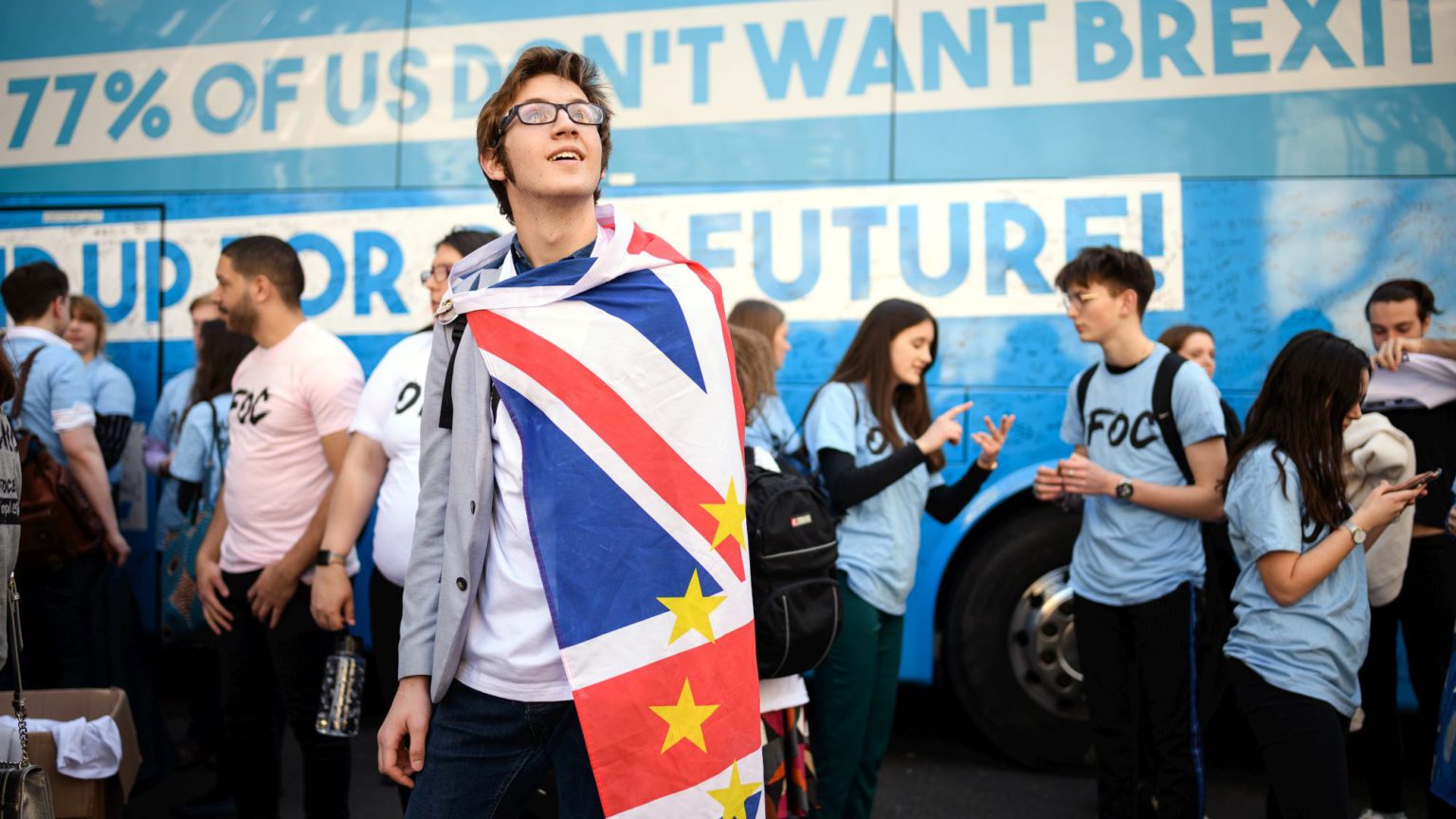 Have you ever noticed that everyone who thinks 16-year-olds should have the right to vote is about 48? You never see actual 16-year-olds agitating for the vote. No teen is leaping in front of the queen’s horse in protest at their disenfranchisement (thank God – don’t do that, kids). There are no Chartist-style gatherings of tens of thousands of pimply youths demanding a democratic voice. St Peter’s Square in Manchester hasn’t been swarmed, 1819 style, by legions of Fortnite fans and Billie Eilish devotees who want ballot-box power.

No, the only people you hear banging on about Votes for 16s are follicly-challenged peers in the Lords, weathered Guardian columnists who were 16 back when Sid Vicious was still alive, and twentysomething Corbynistas who still think of themselves as ‘youths’ even though literally every generation before theirs had got married, had kids, done 10 years in a tough job and possibly lost a limb in a war by the time they were 28. Rather puts your achievements as an ‘influencer’ in perspective, eh?

A cynic might say that 16-year-olds’ stark failure to march or fight or in anyway put themselves out for their own democratic rights is proof that they’re a bit lazy. And they wouldn’t be entirely wrong. We all remember being 16. The stroppiness, the lethargy, the ability to sleep until 3 (man, I miss that). Also, let’s not be fooled by the sight of middle-class 16-year-olds waving insane climate-change placards outside parliament, many of whom were, ahem, inspired to do so by their right-on schoolteachers and Guardianista mums and dads anyway. Most 16-year-olds just aren’t that interested in politics. Which is fine.

But the cynic would nonetheless only be half-right. He’d be missing the bigger picture. Which is that the reason it is mostly oldies who are passionate about Votes for 16s is because they are the ones who invented, from pure cloth, this mad idea of enfranchising teenagers. Unlike working-class male suffrage or female suffrage, votes for kids is not a bottom-up, grassroots, real movement. On the contrary, it is a cynically engineered slogan that emanates from establishment types who really just want to use kids as a political stage army against pesky adult voters. Especially on Brexit: Remainer youths vs ageing Brexiteers – that’s the nauseating plan here. Votes for 16s is, quite possibly, the most cynical and anti-democratic idea in Britain right now.

Ever since Brexit, when the chattering classes and political establishment got their first-ever taste of things not going entirely their way (welcome to our world!), there has been talk of giving the vote to 16-year-olds. Sounding more like Kevin the Teenager than many actual teenagers do, political observers and activists insisted it was so unfair that under-18s couldn’t vote in the referendum, not least because they would have to live with the consequences of Brexit for far longer than all those nasty, old, blue-haired pensioners in the provinces who voted for the bloody thing.

That the sanctification of youth and the idea of youthful voting went hand-in-hand with outright ageist bile against 50-plus Brexit voters showed that the post-referendum Votes-for-16s blather was never about ‘giving rights’ to young people. Rather, it was about finding a way of countering and tempering the political decisions made by adults. It was about undermining the democratic choices made by men and women. Especially those older, often working-class men and women who – shudder – voted for Brexit. Fundamentally, Votes for 16s was, and still is, about generational gerrymandering. It’s about marshalling a new, quite unwilling generation to the task of outweighing, out-voting and ultimately silencing other generations who actually want the vote and cherish the vote.

Now, with a General Election looming, if Remoaner MPs will let it loom, Votes for 16s is once again on the lips of people who haven’t been 16 since The Smiths existed. ‘Teenagers are changing the world, they should be allowed to vote’, says Buzzfeed, which I’m pretty sure isn’t read by anyone under the age of 27. An Observer columnist cites Greta Thunberg as proof that young people can make an impact and so maybe they should have the right to vote. To many others, though, someone like Greta is a good example of why young people shouldn’t be voting. She embodies that teenage tendency towards binary moralism, towards viewing everything in terms of good and evil, and also that morally immature urge to punish transgressors – in this case, the selfish, destructive adults who transgress nature’s boundaries and plunder her bounty. Greta and the broader climate-alarmist youth movement actually speak to the incompatibility of the teenage mindset with the cool, rational task of casting a vote.

But this is precisely why so many establishment adults want 16-year-olds to have the vote: because they believe they can exploit teens’ unformed morality and sense of childish vengeance against actual, problematic adults. Labour and the Lib Dems both want Votes for 16s. Scotland under the SNP has already experimented with such votes. Having lost the backing of so many reasoned adults – especially among the working classes, in Labour’s case – these parties now see uncritical youths as an easier, more malleable army of ballot-box support. It is the very definition of cynical. They expect teens will be more pro-Remain and possibly more pro-Labour than older voters, so they want to sign them up. Sick of the electorate, they want to fashion a new one. Can’t we just dissolve the people and elect another, as Brecht quipped about the GDR?

Votes for children would be entirely anti-democratic. It would undermine the seriousness of the vote. It would not be about expanding the franchise to an oppressed group who are crying out for it (16-year-olds are neither oppressed nor crying out for the vote). Rather, it is about using teens to thwart the franchise enjoyed by adults courtesy of hundreds of years of struggle. It is about weakening the right to vote. Establishment figures pitting teenagers against adults in an effort to silence difficult democratic ideas – anyone who speaks of such a brazenly elitist and quite ugly exercise in the same breath as the Suffragettes and the Chartists ought to be ashamed of themselves.