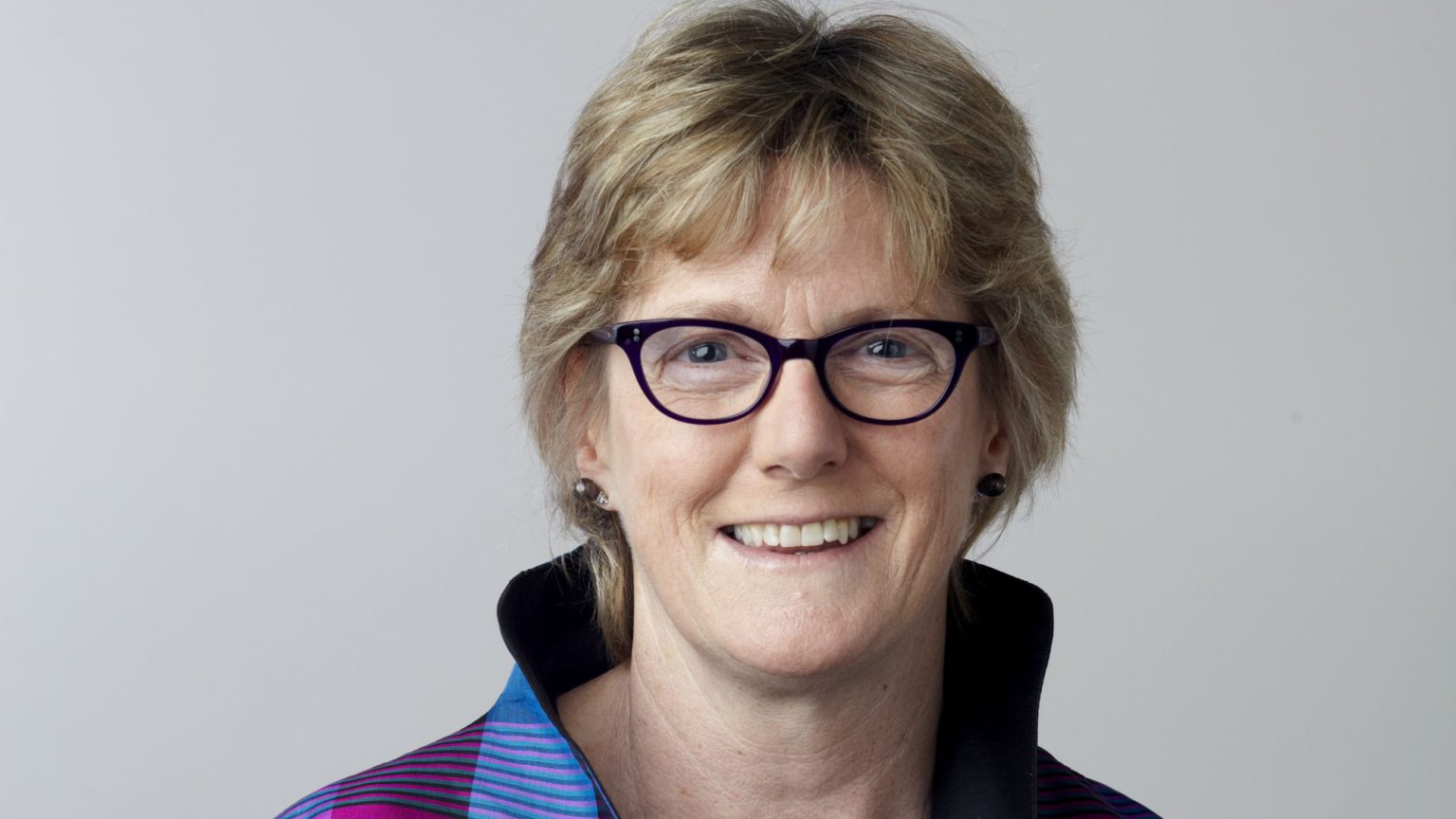 The once sensible chief medical officer was radicalised by the public-health lobby.

Just when you thought she had gone away, Sally Davies is back – and louder than ever. When she finally stepped down as the UK’s chief medical officer last month, after a long farewell tour, I naively thought we had seen the back of her. But then that’s what I thought about John Major and Gary Barlow in the 1990s, so I should be used to disappointment by now. Some people just don’t know when they’re not wanted.

Dame Sally seemed to revel in her reputation as a bossy, nanny-state scold in her nine years as Britain’s ‘top doctor’. So it’s been a shock to discover that she was self-censoring all that time. Freed from the constraints of her £205,000-a-year government job, she is now able to say what she really thinks, and it’s scary stuff.

Last week, she called for a ban on eating and drinking on public transport (with a generous exemption for ‘fresh water’ and breastfeeding). This week, she jumped on America’s anti-vaping bandwagon and demanded a ban on flavoured e-cigarette fluids (ie, nearly all of them). At this rate, she will be proposing full rationing and mandatory marathons by Christmas.

Looking back on Davies’ time as chief medical officer, it is strange to be reminded that she was not always like this. When she took the job in 2010, she did not have a particularly tough act to follow. Her predecessor, Liam Donaldson, had become a mildly risible figure thanks to his Chicken Little predictions of looming pandemics. In 2005 he predicted that bird flu would kill between 50,000 and 750,000 people in the UK alone. In the next 10 years 407 people died from the disease, none of them in Europe.

In 2009, he described swine flu as the ‘biggest challenge [to the NHS] in a generation’. He predicted that a third of the UK population would come down with the virus and there would be up to 65,000 deaths. The government duly spent £1.24 billion preparing for an imaginary plague. It ordered 226million face masks, made plans to dig mass graves, and spent £473million on tens of millions of doses of Tamiflu – an antiviral drug of questionable efficacy.

In the event – despite the coldest winter for 30 years – there were fewer deaths than in the average flu season. Only six million doses of Tamiflu were ever used and the final death toll from swine flu was 457, and most of those people had underlying health conditions. Even so, the death rate in Britain was higher than it was in Poland where the government refused to buy Tamiflu at all.

Following these embarrassments, a period of quiet reflection by the chief medical officer was welcome. And rather surprisingly, that is what we got when Sally Davies took the reins. Unlike Donaldson, who campaigned vigorously for minimum alcohol pricing and the smoking ban, Davies was initially reluctant to become the face of British killjoyism. Aside from occasional warnings about antibiotic resistance, she barely appeared in the newspapers at all in those first few years. The hectoring authoritarianism with which she later became synonymous was nowhere to be seen. In contrast to Donaldson’s championing of the smoking ban, Davies largely kept out of the plain-packaging debate. When asked about a sugar tax, she described it as a ‘last resort’, admitted that similar taxes had failed in other countries, and said she would prefer ‘people to take individual responsibility’.

By 2014, Davies’ reluctance to endorse the full apparatus of the nanny state was beginning to irritate the increasingly hardline ‘public health’ lobby. Lancet editor Richard Horton was among those who called on her to become more political. And, bit by bit, she did. In October that year, she supported an outrageously illiberal proposal from Lord Darzi to ban smoking in London parks and other outdoor spaces (which was dismissed as ‘bossy and nannying’ by Boris Johnson). She also began to express more firmly her longstanding suspicion of vaping, claiming that there was insufficient evidence to support e-cigarettes in smoking cessation and telling smokers that they ‘really ought to just stop’. At a Public Health England event the same year, she opined that ‘smokers should just grow a backbone’.

Nevertheless, she maintained that obesity and smoking were ‘individual choices’ and that ‘it’s very important we don’t sidestep that by becoming a nanny state.’ It was not until 2016 that she fully transitioned into the lemon-sucking, statist puritan we know today. After heading up a rigged process to lower the drinking guidelines, she appeared on the radio to declare that the benefits of moderate alcohol consumption were an ‘old wive’s tale’ and that there is no safe level of drinking. Many people rightly suspected that this was a lie, and the manner in which she delivered the new advice was widely mocked. The Times produced a memorable cartoon of Dame Sally as a demonic Mary Poppins screaming ‘Do what I say or die!’. The Daily Mail rifled through her social-media accounts to find photos of her enjoying beer, wine and champagne, with the implication that Britain’s top doctor (who ‘has been terrorising moderate drinkers’) was a bit of a hypocrite.

Silly though the Mail hitjob was, it was the first time Davies had been described as the UK’s ‘nanny-in-chief’. The nickname stuck and, although she would later tetchily complain that it was sexist, she seemed to relish the attention. Doubling down on her morbid anti-drinking message, she urged women to ‘Do as I do when I reach for my glass of wine – think “Do I want the glass of wine or do I want to raise my own risk of breast cancer?”’

She has since claimed to be ‘aghast to read about how crisp packet sizes have increased’ (they have actually shrunk). She has opposed moderating the language used in letters sent out to the parents of children who are classified as obese, insisting the word obese ‘is a physical description’ (it isn’t). She complained that women ‘eat one or two biscuits too much each day’. And she suggested that airlines charge passengers according to body weight, adding that it would be ‘quite a clever way’ of taxing fat people. She later claimed that the latter proposal was a joke, but it was becoming increasingly difficult to tell.

Once again, the goody-two-shoes lifestyle she promoted left her open to the charge of hypocrisy. She talked the talk but, quite literally, did not walk the walk. As part of her push to get people exercising, she claimed to get off the bus two stops early to nudge her into walking, but it was soon revealed that she spent £5,000 a year on taxis, including on journeys that could be made on foot in 20 minutes. After comparing obesity to terrorism, and describing soft drinks as ‘easily avoidable sources of added sugar’, the Mirror revealed that she spent £100 of taxpayers’ money on lemonade, ice cream and high-calorie snacks for a single meeting. Even her advice to turn electronic devices off at night did not escape scrutiny, with the Sunday Express getting the scoop that she had sent three emails after 9pm in the month before issuing her warning.

As tabloid exposés go, these were on the frivolous side. But they illustrated the near impossibility of living a government-approved lifestyle.

Davies’ finger-wagging warnings were irksome. But her political demands were too illiberal to be shrugged off. In the past year alone, she has called for a ban on e-cigarettes being ‘smoked’ [sic] in public places. She has called for the sugar tax to be extended to milkshakes. She wants so-called ‘junk food’ advertisements banned before 9pm. And she wants taxes on food that is deemed high in sugar and salt. (‘Do you want to call that nanny state?’, she asked, perhaps rhetorically: ‘If so I am chief nanny.’)

Now relieved from official duties, her policies have come to resemble the fevered dreams of Katie Hopkins. The idea of banning snacks on public transport attracted most of the media coverage last week when her parting shot – Time to Solve Childhood Obesity – was published. But it was only one of a number of swivel-eyed proposals, including a cap on the number of calories in meals sold in restaurants and cafés; restrictions on multi-buy offers such as three-for-two; an end to businesses claiming advertising as a tax-deductible expense if the product being advertised is ‘unhealthy’; a ban on restaurants calling themselves restaurants if Dame Sally doesn’t approve of their food; a total ban on outdoor advertising for food deemed to be high in fat, sugar or salt; ‘smart technology’ to stop cars exceeding 20mph in urban areas; the creation of ‘health zones’ around schools (whatever they are); and tobacco-style plain packaging for food. Yes, food.

Davies’ time as chief medical officer, therefore, stands as a cautionary tale about the dangers of radicalisation. She may have come into the job with the same soft prejudices of other members of the Islington elite. She may have had a touch of the God complex that afflicts some doctors. But she was not a raving lunatic. It was only after she had been surrounded by the headbangers of the ‘public health’ movement for a few years that she became a full-blown pocket dictator.

We must now hope that Dame Sally’s long goodbye is over so that she can focus on her new role as special envoy on antimicrobial resistance, a job for which she is highly qualified, and keep her hands off our food, drink and e-cigarettes.