Forget saving the planet – we need to save Greta from the death cult of environmentalism. 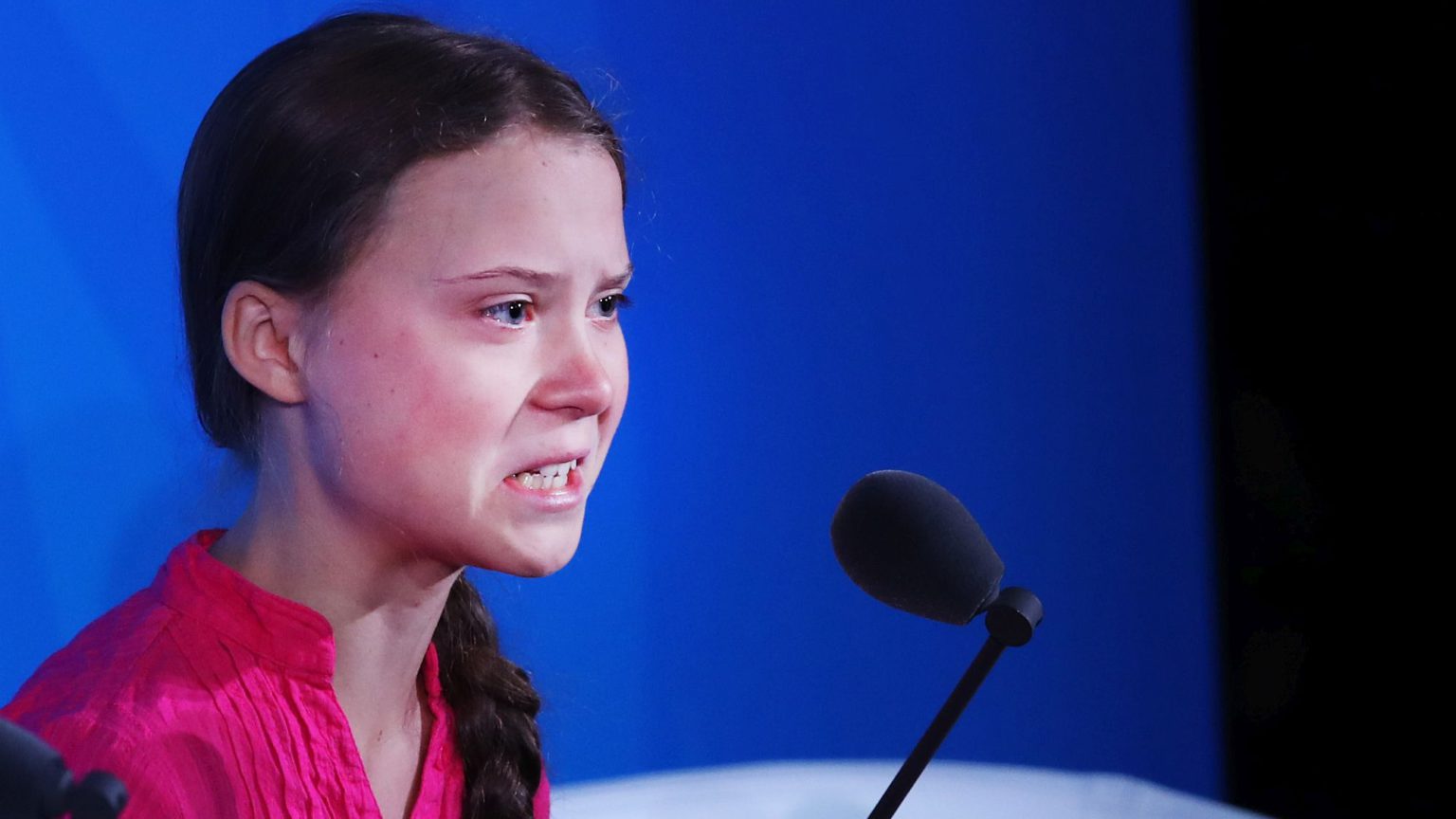 Any adult who cheered Greta Thunberg’s speech to the UN yesterday should be ashamed of themselves. Her emotional rant was a deeply disturbing spectacle. It revealed a young woman, a girl, in essence, who is in the grip of terror, of a morbid, debilitating belief that life as we know it is coming to an end. You could not have asked for firmer proof that the green ideology is seriously screwing up the next generation by pumping them with fear and panic and a deranged belief that the end of the world is nigh. It isn’t the planet that needs saving – it’s Greta. She needs to be saved from the death cult of eco-alarmism.

It was a truly sad sight. Greta, 16, spoke through tears. And her tears were understandable given she believes life on Earth is being suffocated and murdered by greedy, marauding mankind. She berated the gathered heads of state. ‘You have stolen my dreams and my childhood… People are suffering. People are dying. Entire ecosystems are collapsing. We are in the beginning of a mass extinction and all you can talk about is money and fairytales of eternal economic growth. How dare you?’ With each nightmarish word, with each unhinged dystopian prediction of doom, her voice wobbled and her emotions span out of control. It was a public meltdown. And of course the politicians applauded it – perversely, they love nothing more than being told how awful they are by a petrified, disorientated girl.

Who did this to Greta? Who turned a bright and curious 16-year-old schoolgirl into a prophet of horror, into a young woman who admits to feeling terror and who believes the Earth is on fire? Adults did. The green-infused educational, political and cultural elites did. The people who have been feeding kids a narrative of eco-fear for years did this. Their secular Armageddonism, their wilful exaggeration of every problem mankind faces, their marshalling of the politics of fear to try to force people to change their allegedly wicked, eco-harmful behaviour – all of this has convinced many young people that the future is dark, mankind is doomed, and there is no point even going to school, far less planning one’s life, because we will all be dead soon. They did this to Greta, and to others, and it is unforgivable.

The extent to which adults have indoctrinated kids with eco-nihilistic fear was made clear in the words of the UN general-secretary Antonio Guterres. Opening the UN Climate Action Summit yesterday, at which Greta made her frazzled, tragic speech, he said: ‘Nature is angry.’ What is this superstition? It is positively pre-modern. This anthropomorphising of nature is central to the eco-alarmist outlook. It presents everything from forest fires to floods as punishment for humankind’s sins, as nature’s payback to the pox that is humanity and our ‘fairytales of eternal economic growth’, as Greta describes it. In Biblical times, freak weather and plagues of locusts were viewed as God’s punishment of human beings’ sinful behaviour; now we hear talk of ‘weather of mass destruction’ and ‘angry’ natural events that are apparently Gaia’s punishment of us for committing the sin of economic growth. The words change, but the backwardness and hysteria are eerily similar.

Greta Thunberg is admirable in many ways. She is driven and articulate. But it is patently clear now that she is being exploited. She is being pushed to the forefront of the most fearful and superstitious movement of our times. She has been turned into the chief spokesperson for doom, the mouthpiece of eco-misanthropy, a soothsayer of the horrors humankind will allegedly bring upon itself. The aim seems to be to make environmentalism an unquestionable, untouchable ideology. Witness how anyone who raises even a peep of criticism of eco-nonsense will now be asked: ‘How dare you criticise Greta and the other brave climate-striking children?’ These kids are being used as moral shields by adults to protect the increasingly bizarre politics of environmentalism from interrogation and criticism. It is dizzying in its cynicism.

And it is destructive, too. Destructive of public debate, destructive of critical discussion, and destructive of the kids who are being dragged into this terrifying, miserabilist worldview to play the role of a stage army to adult society’s own loss of faith in mankind and in economic growth. Enough. Set Greta free. Stop instructing her in the cult of fear and let her go back to school and to a normal youthful life. If you really must have a child speaking at the UN, how about a teenager from Africa or India who believes economic growth is not a fairytale but absolutely essential to their liberation from poverty? We’ve all heard more than enough from middle-class Westerners who think economic growth is oh-so-horrible. Let’s hear from someone in the teeming billions around the world who profoundly disagree with this downbeat, anti-human, Western-centric crap.