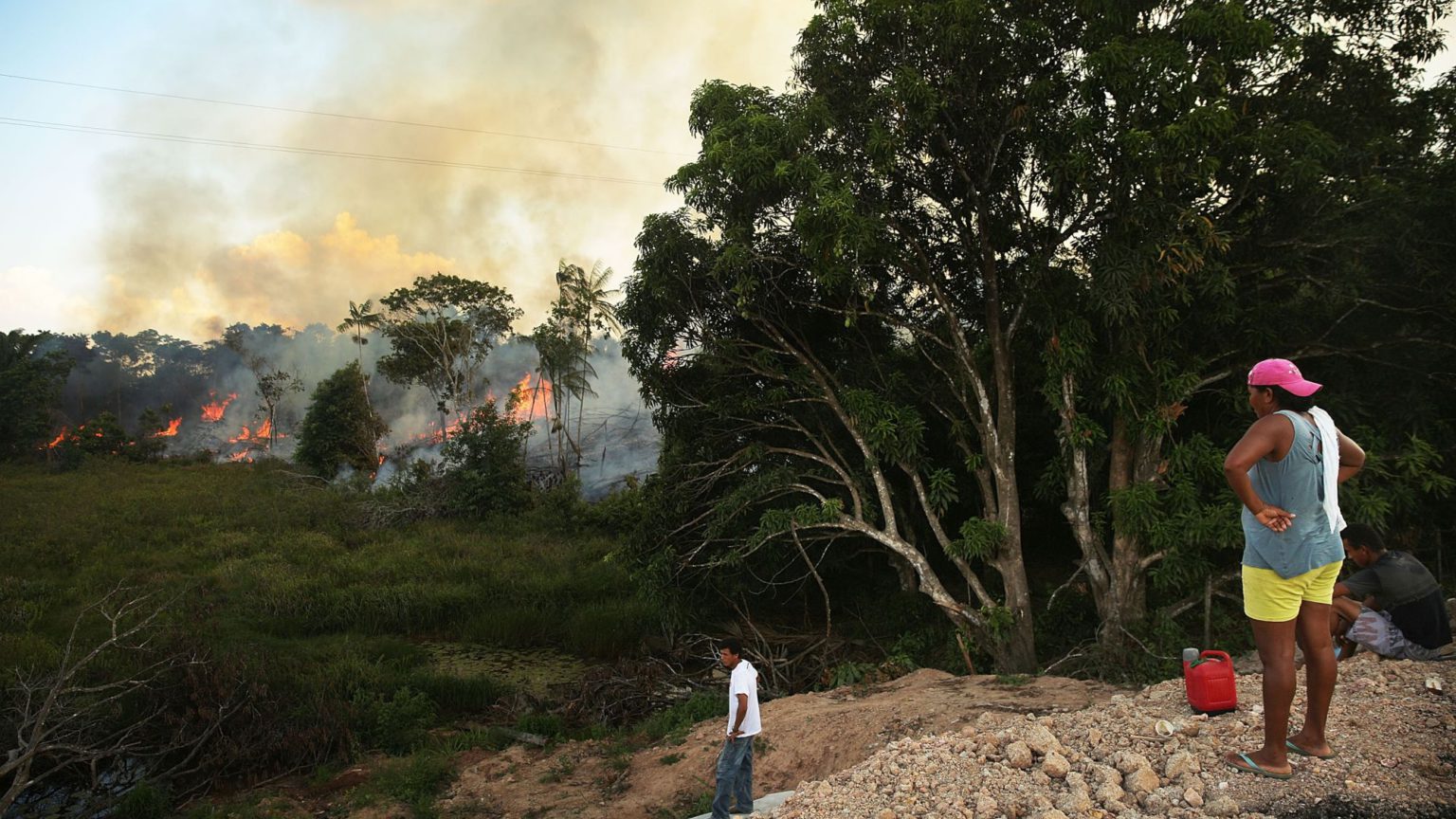 Why shouldn’t Brazilians burn down trees?

The Western hysteria over the rainforest fires is riddled with colonial arrogance.

Every now and then the environmentalist mask slips. And we get a glimpse of the elitist and authoritarian movement that lurks beneath the hippyish green facade. The hysteria over the rainforest fires in Brazil is one of those moments. As well-off, privileged Westerners rage against Brazil for having the temerity to use its resources as it sees fit, and as they even flirt with the idea of sending outside forces to take charge of the Amazon, we can see the borderline imperialist mindset that motors so much green thinking. In the space of a few days, greens have gone from saying ‘We care about the planet!’ to ‘How dare these spics defy our diktats?’. And it is a truly clarifying moment.

You don’t have to be a fan of Brazilian president Jair Bolsonaro, and spiked certainly isn’t, to feel deeply uncomfortable with the Western outrage over his policy on the rainforest. Observers claim the Amazon is experiencing its highest number of fires since records began. That those records only began in 2013 should give the Western hysterics pause for thought – this isn’t the historically unprecedented End of Days event they claim it is. There are always fires in the Amazon, some started by nature, others by human beings logging or clearing land for farming. Some of the current fires were started by people who need wood or land – how dare they! – while others are just part of the natural cycle.

More tellingly, NASA has attempted to counter the hysteria. Its data suggests that, while the number of fires might be larger than in the past few years, ‘overall fire activity’ in the Amazon is ‘slightly below average this year’. How striking that the people who wave around NASA reports when making their case that mankind has had a terrible impact on the planet are ignoring NASA’s reports that there is less fire in the Amazon this year in comparison with the past 15 years.

The Brazil-bashers will not be convinced by reason. To them, the fact that there have been 74,000 fires in the Amazon between January and August is proof that human beings – well, stupid Brazilians – are plunging the planet into a fiery doom that will make Revelations look like a fairy story in comparison. The earth is ‘being killed’, greens wail. ‘Our house is burning. Literally’, says French president Emmanuel Macron, committing the grammar crime of saying ‘literally’ when he surely means ‘virtually’. Unless the Elysée Palace really is on fire?

Leonardo DiCaprio says ‘if the Amazon goes, we the humans will go’. So Brazil is killing us all. Bolsonaro, by giving a green light to development in the rainforest, is holding a gun to mankind’s head, apparently. No wonder Macron has suggested holding an international conference on how to save the rainforest, while some greens have said we need to intervene. Westerners going overseas to rescue natural resources from the ignorant natives? Yes, that went so well in the past.

The discussion about the rainforest is not only unhinged, using Biblical language to describe fairly routine events. It is also riddled with a colonialist view in which people in the developing world are presented as irresponsible and destructive, while Westerners, like the leader of France, are held up as the saviours of nature and mankind. This expresses one of the key ideas in the environmentalist movement – that the developing world cannot possibly industrialise and modernise as much as the West has, because if it does the planet will die. Hence eco-Westerners’ fury with ‘filthy’ China, their loathing of Modi’s promises of modernity in India, and now their rage against Bolsonaro for elevating economic development over natural conservation. They cannot believe these idiot foreigners are defying green ideology and seeking the kind of progress we Westerners already enjoy.

Indeed, the current fuming over Bolsonaro and the rainforest fires has been a long time coming. When he spoke at Davos in January, one headline summed up the response: ‘Bolsonaro alarms climate activists with pro-business speech.’ Environmentalists were horrified, the Guardian reported, that Bolsonaro ‘stressed that protecting his country’s unique ecosystem has to be consistent with growing the economy’. That is, Bolsonaro had the gall to suggest that the eco-sanctification of the entire rainforest ran counter to Brazil’s own need to develop – via agriculture, logging, urban expansion, and so on – and therefore a better balance would have to be struck between protecting ecosystems and achieving economic growth.

During the presidential campaign last year, Bolsonaro often argued that Brazil’s economic development was being stymied by ‘the world’s affection for the Amazon’. He said that companies interested in clearing parts of the rainforest would be allowed to do so. That he won the presidency suggests many Brazilians share his view that the Amazon has been sanctified at the expense of Brazilian growth and Brazilian sovereignty. And on this they are right, and the rich Western greens telling them to stop being so dumb and irrational are wrong.

For years, green-leaning NGOs have been swarming Latin America and using their clout to demonise and even try to reverse economic development. And Latin Americans rightly experience this as an assault on their sovereignty and aspirations. As early as 1972, UNESCO and WWF were writing to the Brazilian president, Emílio Garrastazu Médici, and warning him to halt economic activities in the rainforest. In the 1980s, there was an intensification of efforts by NGOs and outside forces to keep the rainforest as sacred ground that Brazilians shouldn’t interfere with. French president Francois Mitterrand even suggested Brazil should accept relative sovereignty, where a significant part of its territory – the rainforest areas – would be subject to international oversight. As one account describes it, many in Brazil came to see NGOs and others as ‘collaborating with foreign powers against Brazilian economic interests’. And it wasn’t only Brazil. Ecuador and Peru have both expelled foreign-funded NGOs over their agitation against development in forest areas and other natural areas.

Brazil is either a sovereign nation or it isn’t. If it is a sovereign nation, then it has every right to pursue economic growth as it sees fit. The rainforest belongs to Brazilians. A Brazilian approach that boosts economic development while keeping a close eye on the natural environment sounds like a good one. But it horrifies Western greens who are allergic to any kind of meaningful economic development. Under the guise of environmentalism they are pursuing the ugly old colonial goal of subjugating non-Western nations to their rules and diktats. And that’s far more horrifying than a few fires in the Amazon.