We can’t let EU officials decide the make-up of the next Italian government. 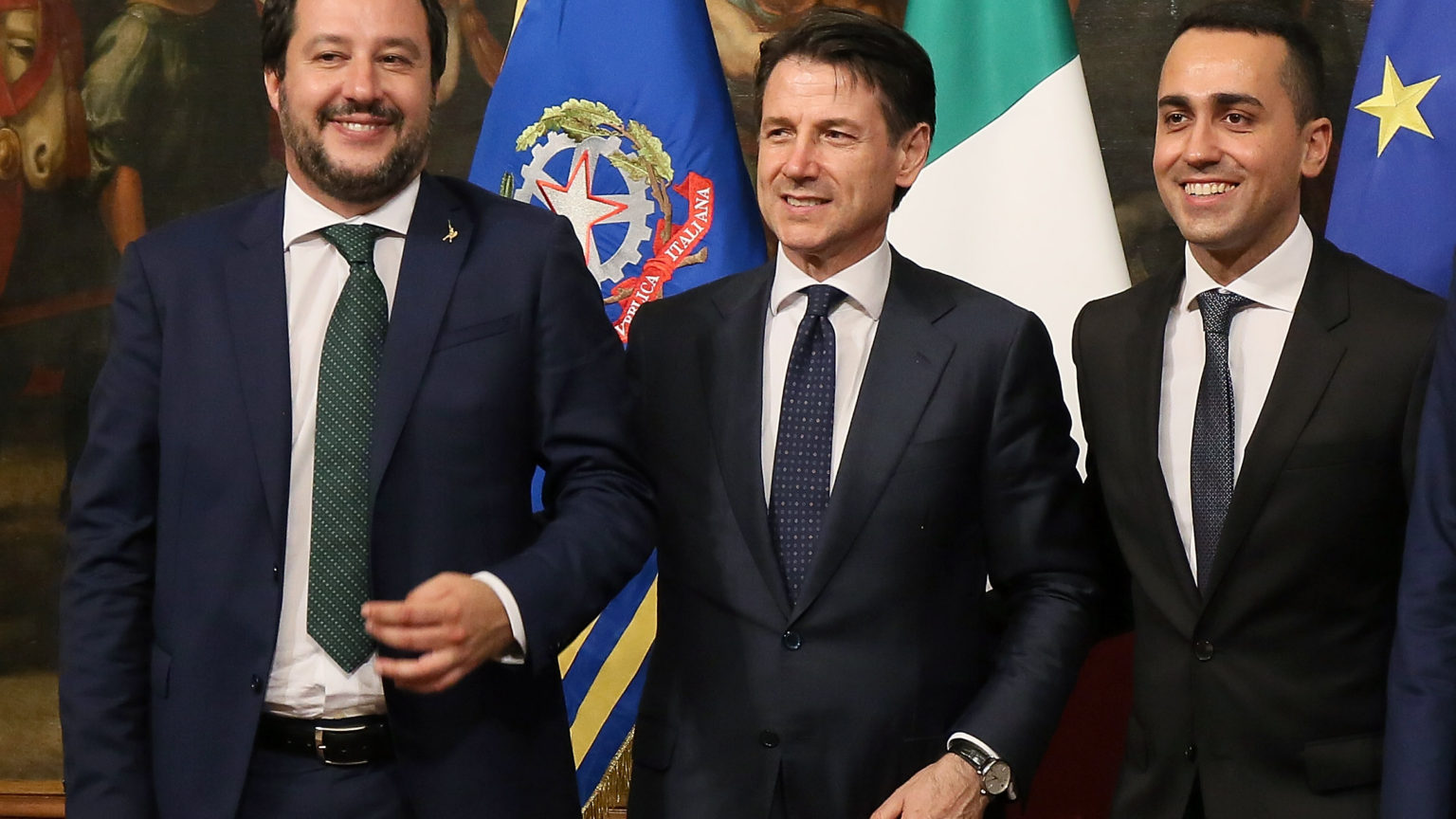 The Italian prime minister Giuseppe Conte resigned this week. He announced his resignation ahead of a proposed vote of no confidence in the government. That vote was called for on 8 August, by Matteo Salvini, the deputy prime minister and leader of the League. Bizarrely, the League withdrew the proposed vote of no confidence at the end of a Senate debate on the government, which came across as a desperate, last-ditch effort to hold on to governmental power. Now, Italy’s president, Sergio Mattarella, will decide whether to hold an election or form a caretaker government or a new coalition government. His consultations with party representatives are taking place as I write.

The fall of the current coalition government – comprising the League and the Five Star Movement – was not a surprise. The parties disagreed on many things. Their most recent falling-out was over the completion of a high-speed train link between Turin and Lyon. The League voted in favour of finishing the link while the Five Star Movement voted to stop the project. This was consistent with the parties’ differing positions on the train link during the General Election in March last year.

Indeed, they were opponents during that election campaign. It was only after three months of post-election negotiations with President Mattarella that they managed to form the coalition government. Mattarella, of course, used his negotiating position to ensure that some of the key ministers in the new government were people with pro-EU views. In particular, the League was kept away from the economy ministry, in order to prevent the enactment of its election pledge to take Italy out of the euro. Eight unelected technocratic ministers were appointed, including the ministers of the economy, defence, foreign affairs and the prime minister, Conte.

So there is much that is positive in the fall of this largely undemocratic government. It gives rise to the chance for a new election. Yet in his speech to the Senate announcing his resignation, Conte declared that Salvini did not have a ‘sense of the rules’, and he berated the League for ‘drumming’ for elections. This would be ‘offensive [to] the activity of the government’, he said.

Clearly, the unelected Conte sees elections as an impediment to his role in government. He seems to be setting himself up for a broader pro-EU political career. But he has competition. Former prime minister Matteo Renzi has proposed a coalition between his Democratic Party and the Five Star Movement on the basis that ‘the populist government has failed’. This is remarkably arrogant: Renzi is not even leader of the Democratic Party, and he had to resign as prime minister in 2016 when he lost a referendum that he had turned largely into a vote about his leadership.

The Democratic Party leader, Nicola Zingaretti, initially ruled out a Democratic / Five Star coalition, but this could change during the talks with President Mattarella. Similarly, Romano Prodi, the former EU Commission president and Democratic Party grandee, has called for a pro-EU coalition government led by the Democratic Party and Forza Italia, which is led by former PM Silvio Berlusconi. It is also possible that Forza Italia could form a coalition with the League and the far-right Brothers of Italy, though Mattarella is unlikely to consider this option since he is a strong critic of the League and Salvini. However, it would be considered questionable, to say the least, if Mattarella favoured a coalition that excluded the League – the League currently has a 38 per cent approval rating among voters, while Five Star has just 17 per cent.

Alternatively, Mattarella may opt to appoint a non-political, technocratic government, which he tried to do initially after the General Election last year. We are told that elections would be ‘offensive’ to the business of government – but an appointed technocratic government would be truly offensive to democracy and the Italian people’s right to decide what happens next.

When Salvini and his League won the highest share of the vote in the EU elections in May, and were coming top in opinion polls, Salvini believed that all this voter approval would help propel him to lead a new government. If a snap election is held and he wins a majority, he may well achieve this ambition. Otherwise, it is President Mattarella, in consultation with the EU, who will decide the next government.

Salvini, as elections become a real prospect, should reflect on his ditching of his election pledges to leave the euro and stop EU sanctions against Russia. He has lambasted the EU with rhetoric while capitulating to it in terms of policy. If populists really want to represent the voters, they need to follow through on the pledges they make to the people rather than compromising with the EU elites.