Salvini’s success and the crisis of the EU

Italy is a thorn in the EU’s side – it should now go further and withdraw from the Eurozone. 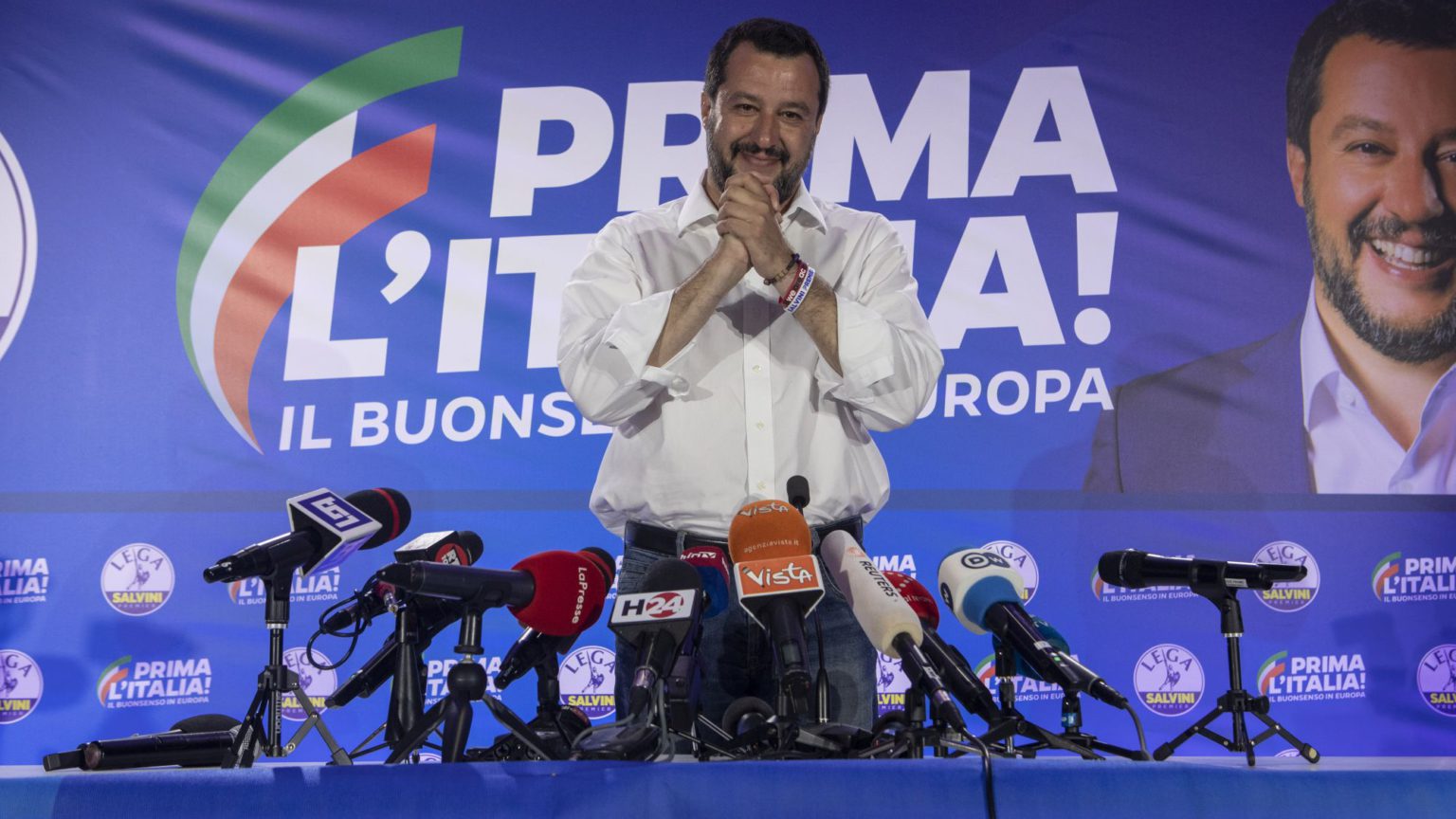 The European Parliament election results in Italy have had a significant impact, domestically and internationally.

Under the leadership of Matteo Salvini, the League has been transformed from a regional separatist party, once known as the Northern League, into a national party winning votes across the country. It is largely supported by Italians living in towns and villages outside the main cities. On Sunday, the only cities where the League won a majority of the vote were Venice, Verona and Padua, none of which has a population greater than 300,000, and all of which are in the League’s Veneto heartland.

The League has benefited from the decline of Silvio Berlusconi’s Forza Italia and the Democratic Party. But it also picked up votes on Sunday due to the weak leadership of the Five Star Movement by Luigi Di Maio. He initially blamed abstentionism for Five Star’s poor showing, despite turnout hitting 55 per cent, on par with the EU elections of 2014. Di Maio has now called for a vote of no confidence in his leadership of the party, which could trigger the break-up of the governing coalition.

Whatever happens to Di Maio, Sunday’s election drastically changes the balance of power in the governing coalition in favour of the League. Even before the EU elections, there had been speculation that League leader and deputy prime minister Matteo Salvini would end the coalition and call an election in the hope of leading a new government. Recent public squabbles between Salvini and Di Maio have added to this speculation.

Salvini and Di Maio share the post of deputy PM, while also having a ministry each. If Salvini wants to be prime minister, a post currently held by the technocrat Giuseppe Conte, he would either need to win a majority in a General Election or form a new coalition. But other potential coalition partners, including the centre-right Forza Italia and the far-right Brothers of Italy, performed poorly in Sunday’s EU election.

In the short term, Salvini has indicated that he wants to use his strengthened position to aid his legislative priorities, including a security decree that would limit the rights of immigrants. His other priorities — tax cuts, regional autonomy and infrastructure — will put the coalition under more strain and could lead to an election. These all have budgetary implications, which means it may bring the government further into conflict with the EU as well.

As a Eurozone country, Italy is formally required to abide by EU Stability and Growth Pact (SGP) rules, including limiting any budget deficit to less than three per cent of GDP. Even though Italy’s government set a budget within this limit last autumn, the European Commission sent the Italian government a letter, threatening an unprecedented fine for failing to move towards debt reduction. This is despite the fact that other countries, including France and Germany, regularly break Eurozone budgetary rules.

As economic growth has continued to flounder, and as his popularity has risen, Salvini has vowed to break the three per cent rule to create jobs and boost the economy with higher spending. In response, another letter has been issued by the EC, warning the government that it could be fined over its spending and debt. After the result on Sunday, Salvini said he had a mandate to ‘discuss revising these old, obsolete parameters’.

With tensions rising between Italy and the EU, Italy’s bond yields rose sharply between 27 and 29 May, adding to the costs to Italy of servicing its high public debt of 132 per cent of GDP. Salvini reacted by proposing a new role for the European Central Bank to ‘guarantee’ government debt to keep bond yields low. He added that ‘failed’ EU fiscal rules should be rewritten. Moreover, he wants to choose a candidate for the executive board of the ECB to push the bank to fund investment. Yet the backing of all EU leaders is required for a change to the ECB’s mandate.

Buoyed by his result in the EU parliamentary election, Salvini will continue to challenge EU rules and procedures on budgets and migration. But the Eurosceptic populist alliance that the League belongs to in the EU Parliament is a minority against a majority of pro-EU parties. It will be very difficult for it to challenge EU legislation. Plus the parliament is toothless anyway: MEPs cannot propose legislation. Meanwhile, the European Commission is currently holding talks with heads of government over who should be its next president. But the League is not participating in these talks.

Salvini will find it difficult to change EU rules and ECB policies. He may live to regret dropping his old pledge to leave the Eurozone. The best option for Italian voters now is a leader genuinely committed to withdrawing from the EU entirely.