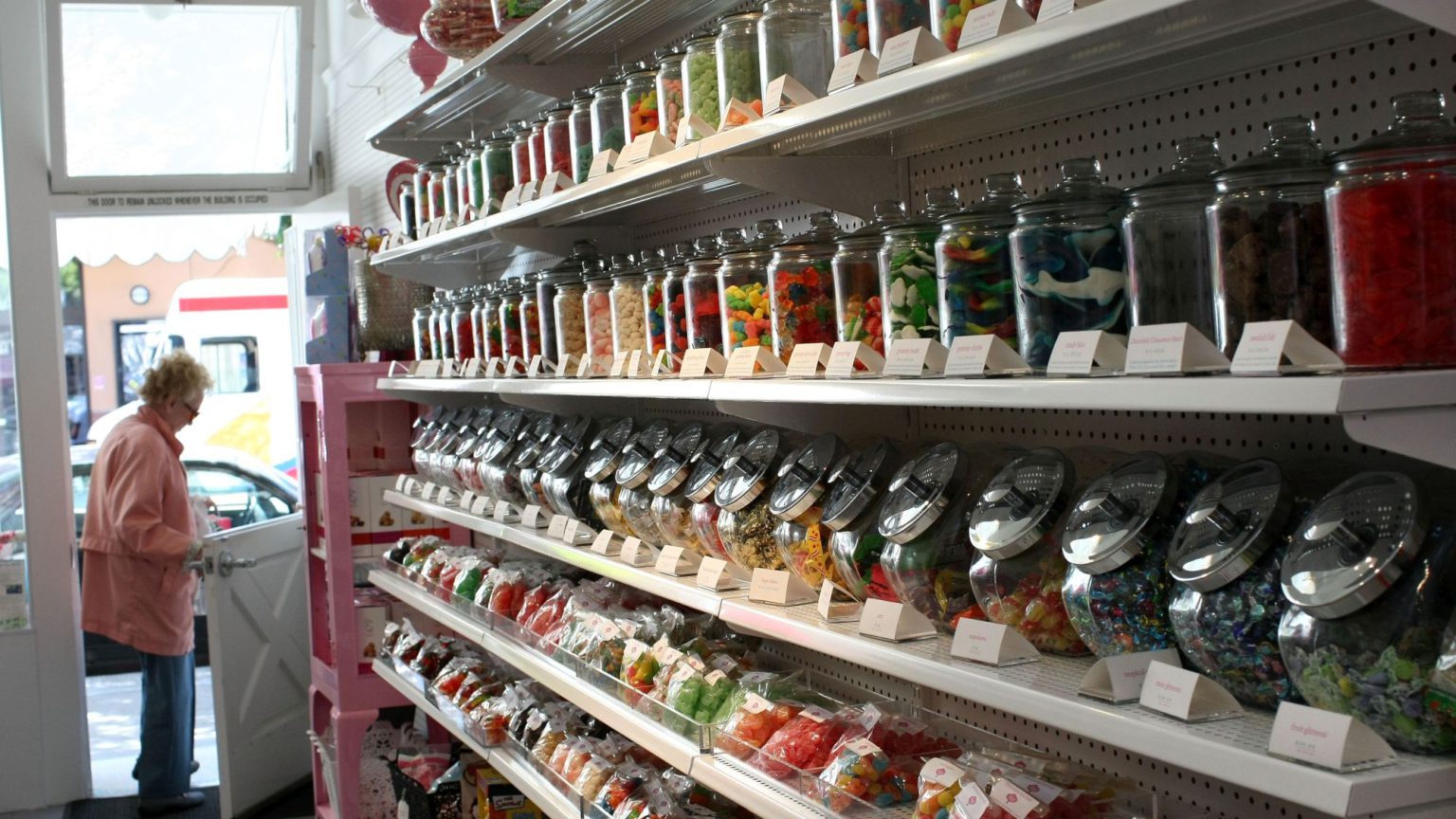 The government’s madcap plan to cut our calories

Food reformulation is the most cretinous, authoritarian public-health policy yet.

Of all the bad policies that have flown under the radar while the country has been consumed by Brexit, none is more bizarre than food reformulation. Imagine a policy dreamt up by Caligula and implemented by the Politburo and you still wouldn’t capture the barking-mad insanity and bureaucratic dogmatism of Public Health England’s flagship anti-obesity policy.

The basic idea is cretinously simple. People are obese because they eat too much, but it is difficult to get them to eat less, so the government has instructed the food industry to remove 20 per cent of the calories from food. Food companies have been told to do this ‘voluntarily’ by 2024 or face further regulation and a legally binding target — ie, it is not really voluntary.

The calorie-reduction target is effectively a fat-reduction target, as it comes on top of a diktat demanding a 20 per cent reduction in sugar content by 2020 and a long-running salt-reduction scheme. This leaves protein, fibre, complex carbohydrates and artificial sweeteners as the handful of food groups of which the government still approves, but using them as substitutes to appease Public Health England poses a number of intractable problems. Protein, fibre and carbohydrates contain the same amount of calories per gram as sugar, so they would not reduce the energy content of food even if they were realistic replacements, which they are often not. Artificial sweeteners are a hundred times sweeter than sugar and are only really useful substitutes in soft drinks where texture and weight do not matter. To be used in food, something else must be used to add volume, and that brings us back to the problem above. In any case, most people prefer the taste of sugar.

The food-reformulation scheme is presented as a collaboration between Public Health England (PHE) and the food industry, but since PHE doesn’t know the first thing about food manufacturing – or even, it seems, basic cooking – it amounts to a government agency barking orders from its bunker while the companies try to explain that it’s a bit more complicated than that. In the four years since the sugar-reduction target was set, reality has repeatedly collided with the bureaucrats’ plans. The proposal to take sugar out of jam, for example, had to be abandoned when PHE learned that it is a legal requirement for jam to contain at least 50 per cent sugar.

Initially, the idea was for industry to reformulate cakes, biscuits and sweets with magical, low-calorie ingredients, but when these proved elusive and it was explained to PHE that you can’t replace sugar in a Mars bar with aspartame, the agency allowed the companies to reduce portion size instead. Hence the shrinkflation that has been particularly noticeable in the confectionery sector in recent years. There is more to come as the 2020 deadline approaches, with Cadbury’s Fudge, Chomp and Curly Wurly among the chocolate bars that will get smaller next year.

Reducing portion size has given the industry a get-out-of-jail-free card for some foods, but for the many products that do not come in standard sizes, such as sauces, cereals and baked beans, the problem remains. Reformulating to meet PHE’s targets is either physically impossible or only possible by making a product that nobody wants to eat.

Public Health England has charged food manufacturers with the task of ‘finding innovative ways to lower the calories in the food we all enjoy’, as if this were a novel idea that had never occurred to the industry before; as if the only thing holding the industry back from finding this Holy Grail was a lack of government targets. PHE seems unaware that supermarket shelves are full of low-calorie, low-fat and low-sugar versions of popular brands, most of which do not sell particularly well because they are not as tasty as the original recipes. Any company that invented a tasty, low-sugar chocolate bar would become fabulously wealthy. The financial incentives have been in place for decades. It has not happened because it is not possible.

At the heart of the reformulation delusion is an ignorance of market forces, a deep suspicion of industry and a naive faith in the power of bureaucracy to remedy supposed market failures. One of David Cameron’s greatest mistakes as prime minister was creating Public Health England in 2013. This quango, which relieves the taxpayer of over £4 billion a year, was always going to attract ideologues and activists from the clown show that is ‘public health’ academia. These people are relatively harmless when confined to their echo-chamber conferences and rinky-dink journals, but are a menace when allowed off the leash. At Public Health England, they have real power and influence. It is telling that the only ‘stakeholders’ from civil society involved in the reformulation work are Action on Sugar and the Obesity Health Alliance, two mouthpieces of the fanatical Graham MacGregor, who flood the media with hysterical claims about the ‘shocking’ levels of various ingredients in normal, everyday food.

As Josie Appleton showed in her superb report for the IEA last week, these activist groups are the outriders of reformulation, working hand in glove with PHE to soften the public up for further interventions in the food supply. The bone-headed approach of these extremist pressure groups has been bought wholesale by the apparatchiks at PHE. They allow no room for personal autonomy. As they see it, the public will buy whatever products the food industry throws at them. For some mysterious reason, the industry has traditionally chosen to put lots of unnecessary fat, sugar, salt and, er, calories in these products. Therefore, all the government needs to do is to tell them to use saccharine and brown rice instead and the British public will lose weight without even noticing.

It is the kind of idea you might hear from someone who owns a collection of bongs, but thanks to Public Health England it is official government policy. As if to mask the essential stupidity of the scheme, PHE has introduced layers of bureaucracy and issued hundreds of pages of technical notes to give it the veneer of science. Once the calorie programme is fully underway, there will be no fewer than 299 different targets, covering most food products sold in shops and supermarkets as well as the dishes served in pubs, cafés and restaurants.

The preposterous way in which these targets are created is a classic illustration of the dead hand of the state. PHE bundles a bunch of dissimilar products together, takes the average calorie count and knocks 20 per cent off. Voila! There’s the food industry’s target for cakes or sandwiches or whatever. This often leads to targets being set far below anything the market can withstand. The slides below show the calorie distribution of crisps, pizzas and savoury biscuits on the UK market, with PHE’s target way to the left. 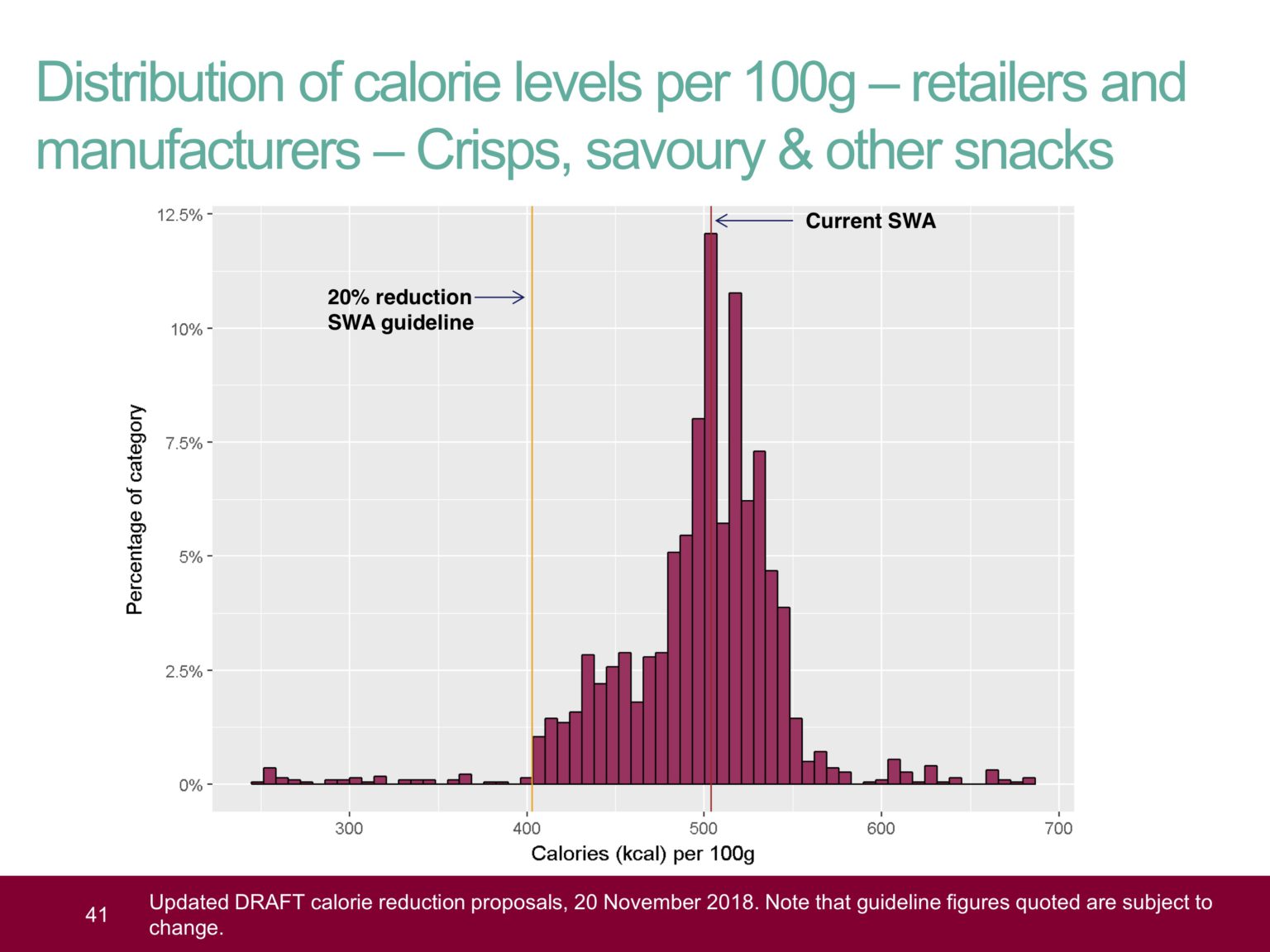 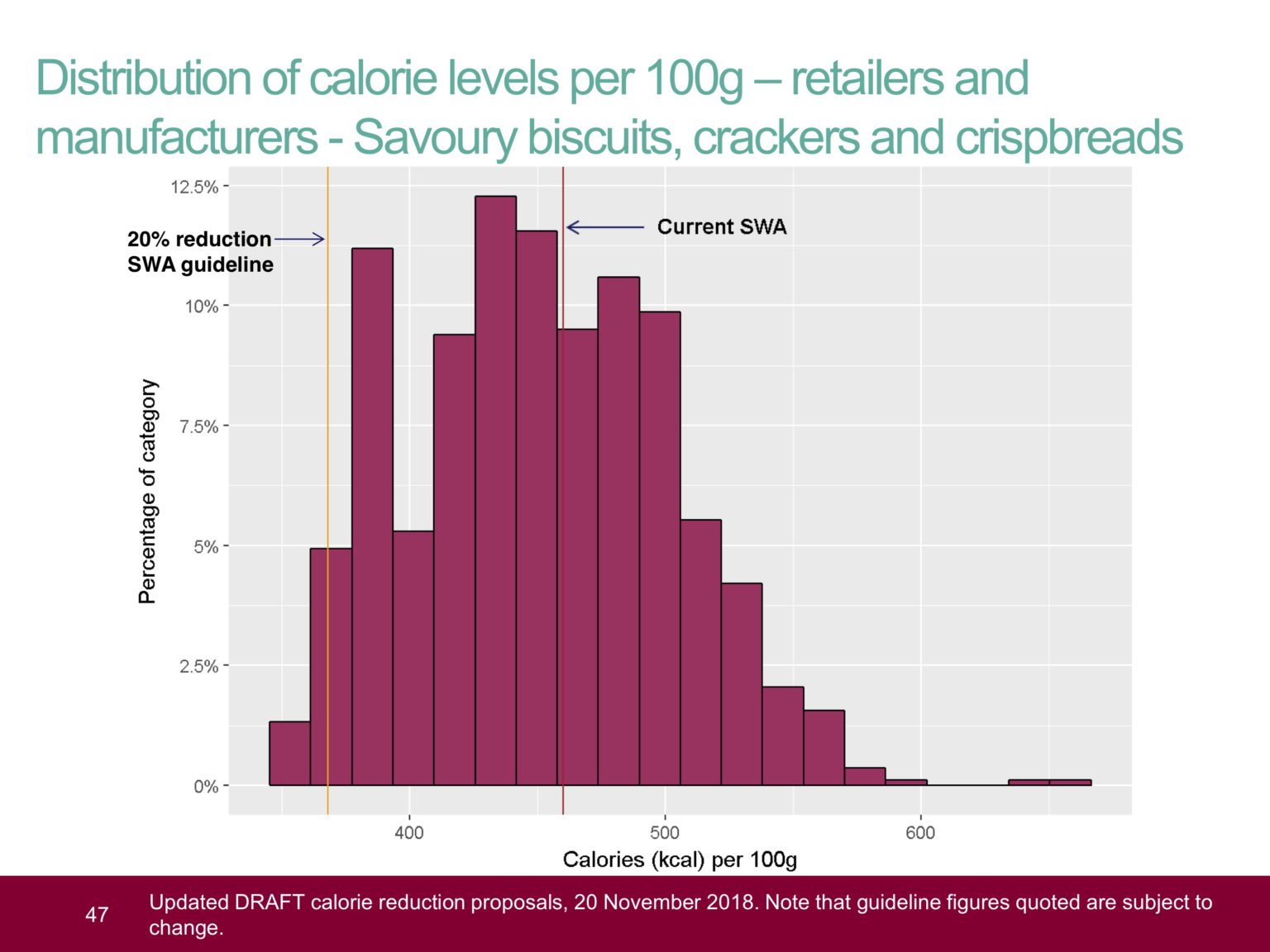 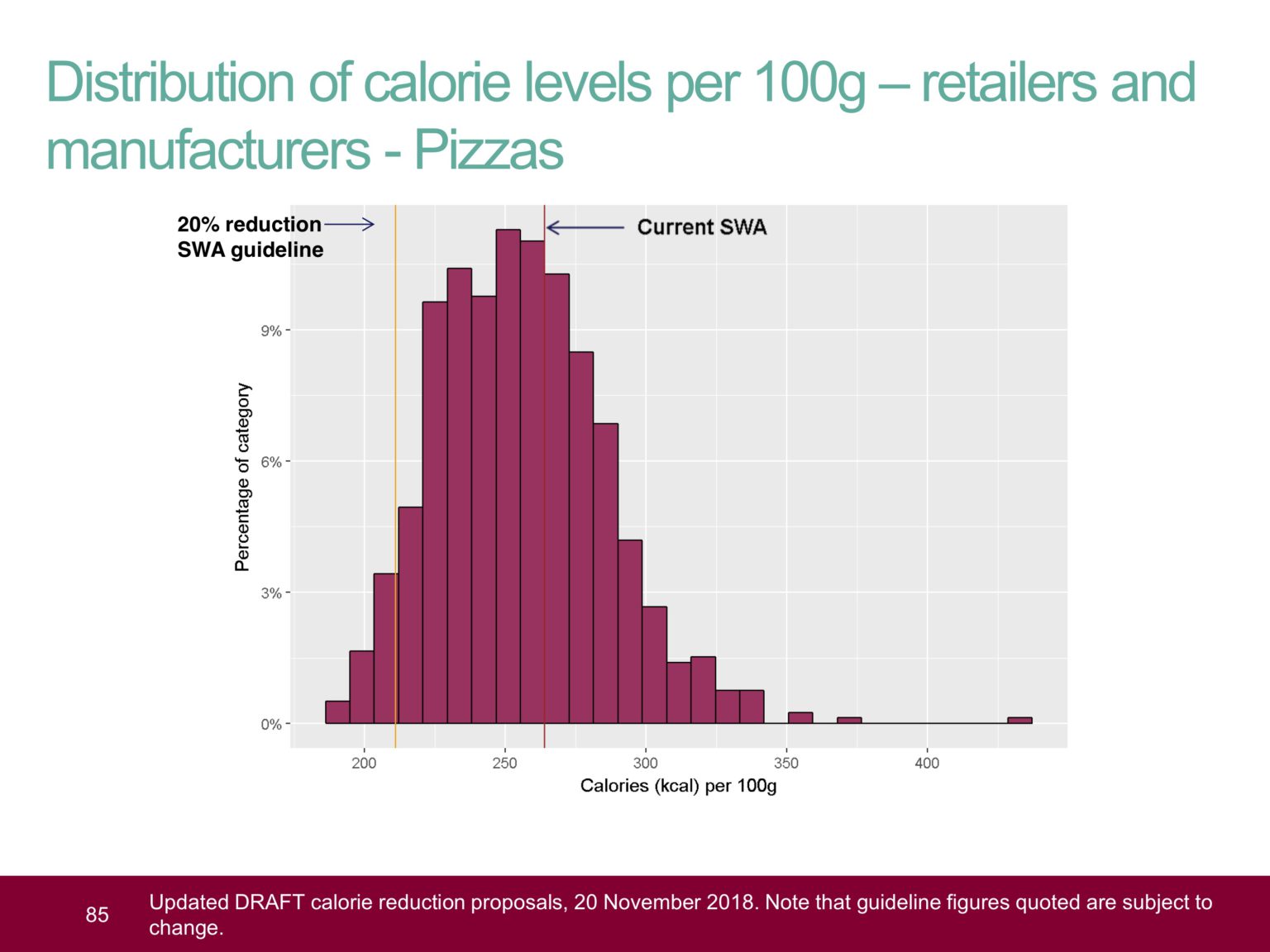 In an effort to demonstrate that such radical targets are achievable, PHE’s henchmen at Action on Sugar issue frequent press releases applauding whichever brand has the lowest sugar content and demanding every other brand drop to the same level. These are usually chalk-and-cheese comparisons, putting cheap, artificially sweetened ice cream up against delicious, luxury ice cream, or contrasting specialised biscuits for diabetics against market-leading brands.

PHE adds to the confusion by throwing fundamentally different products into the same category to create meaningless averages, taking off 20 per cent and handing the final figure to food companies as an evidence-based target. For example, PHE’s ‘sweets’ category includes nougat (which contains nuts and egg whites), popcorn (which is 50 per cent fibre) and boiled sweets (which are almost entirely made of carbohydrates, mostly sugar). The amount of sugar in these ‘sweets’ ranges from 0.1g to 99g per 100g, leading to a nonsensical average of 60.6g per 100g and a ludicrous target of 48.4g. If enforced, this would mean taking a large part of the confectionery market off the shelves.

Could the government not simply advise people to avoid eating sweets if they are trying to lose weight instead? A crazy idea, I know, but it has the advantage of recognising human agency and respecting free choice. It is also less likely to end in tears than Public Health England’s madcap attempt to remake the food supply according to arbitrary numbers spewed from a spreadsheet.

Britain is the only country to be attempting such an assault on the food supply, and no wonder. Its many absurdities are only beginning to come to light. The public has only begun to encounter the fruits of reformulation and they are not impressed.

State control of recipes is what you get when the ‘public health’ lobby is given free rein. In the next few years, it will become clear that ‘reformulate’ is a euphemism for degrade and destroy. By the time this farce has played itself out, the British public will be ready to reformulate Public Health England.

Christopher Snowdon is director of lifestyle economics at the Institute of Economic Affairs. He is also the co-host of Last Orders, spiked’s nanny-state podcast. Listen to the latest episode below: 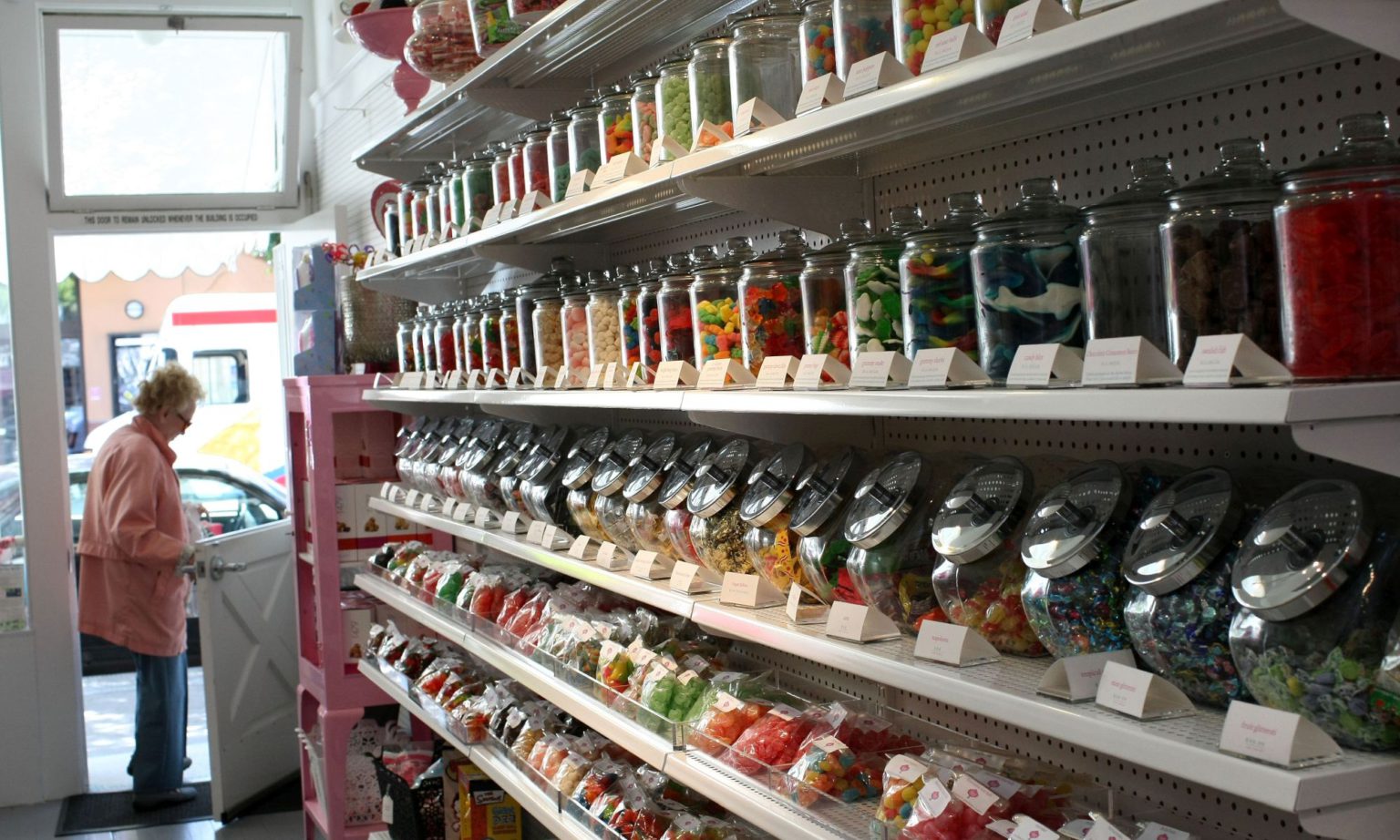