He explored the big questions without ever dumbing down. RIP. 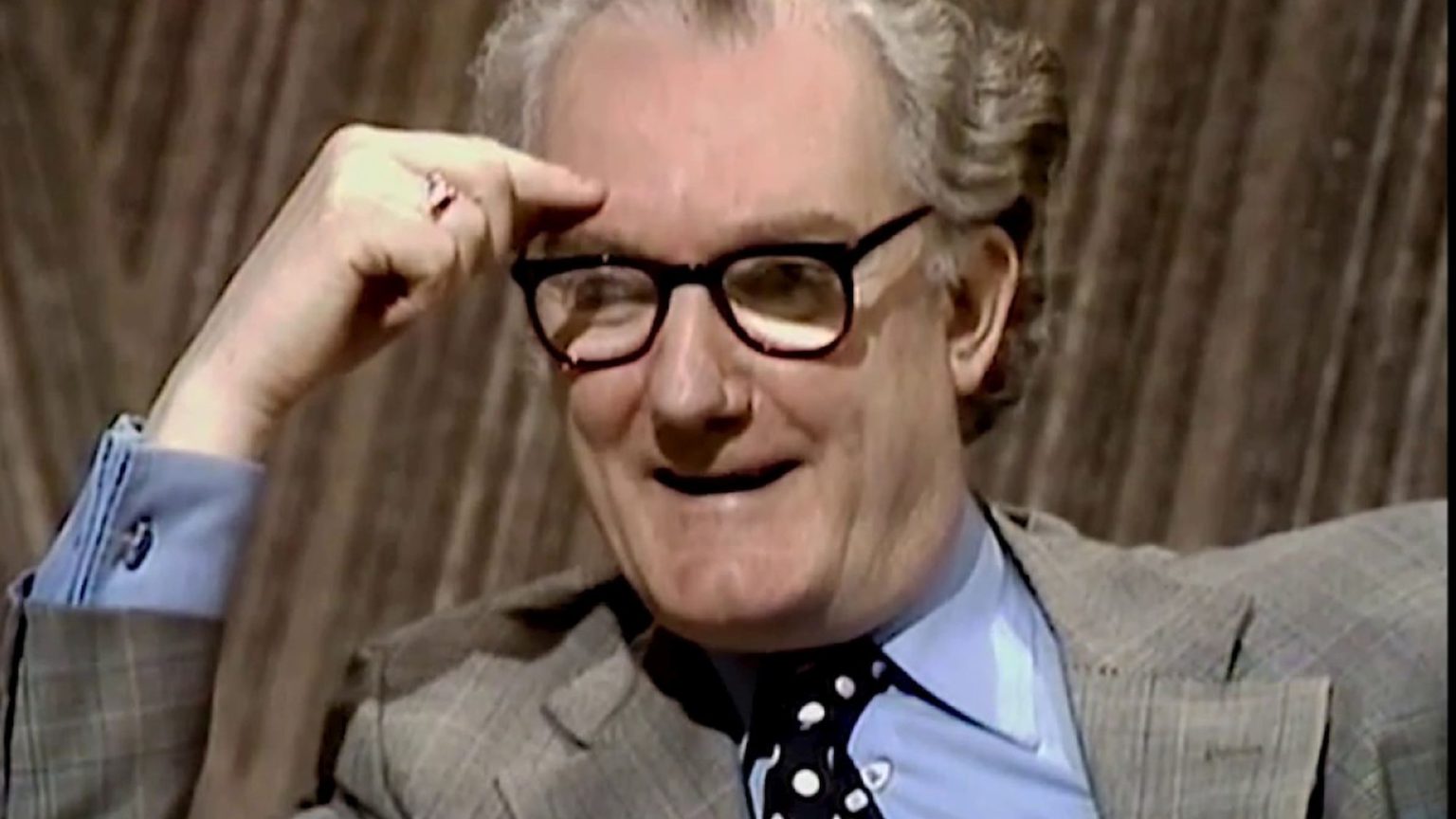 The author and broadcaster Bryan Magee was not a great philosopher, but he was a great populariser of philosophy and the great philosophers. Magee, who died last Friday at the age of 89, was a man of many talents, but he was best-known to the public for his two television series, Men of Ideas (1978) and The Great Philosophers (1987), in which he achieved the seemingly impossible feat of distilling the ideas of some of the great thinkers of past and present. And he did so without dumbing down.

The format was unglamorous, free from gimmickry and aesthetic decoration, with Magee, replete with plummy, cut-glass accent, talking one-to-one for an hour to the likes of AJ Ayer, Isaiah Berlin, Iris Murdoch and Noam Chomsky, about one central idea – invariably related to the meaning of life, the nature of existence, or the concept of knowledge.

The British public should have been daunted by such a prospect and ducked the challenge, but the outcome was the reverse: Men of Ideas attracted one million viewers per show in its 15 instalments, and it went on to win an award from the Royal Television Society.

It was thus no surprise that the format remained unchanged when The Great Philosophers was aired in 1987. Even the brown suits and beige furniture, then so out of place in the late 1980s, were retained. Here we had Martha Nussbaum extrapolating on Aristotle, Peter Singer on Hegel and Marx, and JP Stern on Nietzsche (all episodes can be found on YouTube). The format stands in stark contrast to the format we have become used to today, with a breathless presenter constantly on the move, transported from location to location, concluding his monologue by turning on his heel and walking into the distance. Magee taught us that ideas in themselves can be exciting.

Magee appealed to the British public not merely because of his communication skills, but also because he addressed the big, classic questions of philosophy, questions that all of humanity has asked and will continue to ask: Why is there something instead of nothing? What is knowledge? What is language? What is time? Where do we go when we die?

When he went to Oxford to study philosophy in the 1950s he was grievously disappointed at what was on offer. Linguistic analysis was all the rage, with philosophers such as JL Austin, Gilbert Ryle and PF Strawson teaching that all Western philosophy was based on linguistic mistakes or misunderstandings. ‘Professional philosophy as I discovered it for the first time in the Oxford of the early 1950s’, he recalled in his 1997 memoir Confessions of a Philosopher, had ‘pretty well abandoned philosophy’s traditional task of trying to understand the world’.

Magee, who had been both fascinated and terrified by the mystery of existence, took it as his mission to rescue philosophy from cold logical positivism or the trivialities of linguistic analysis. For him, philosophy was about asking the big questions. This may be a daunting task, but one ever-more alluring for being so.

Dare to be a heretic

‘Highly politicised’ transgender rights groups are pressuring school counsellors and mental-health workers and putting children at risk, a gender-identity expert told the Observer at the weekend. ‘The trans political agenda has encroached on the clinical environment’, said Marcus Evans, former governor of the Tavistock and Portman NHS Foundation Trust, which runs a gender counselling and transition clinic. ‘Young people need an independent clinical service that has the long-term interests of the patient at heart. To some extent, this requires a capacity to stand up to pressure… from the young person, their family, peer groups, online and social-networking pressures and from highly politicised pro-trans groups.’ Evans said experts live in fear of being labelled transphobic if they do not affirm a child’s belief that they have been born the wrong sex.

Every society needs its taboos, and today being ‘transphobic’ is one of the most grievous accusations an individual can face. This is why the extreme trans lobby is throwing its muscle around, aware as it is of the shame, ostracism or threat to his or her livelihood that awaits anyone found guilty of ‘transphobia’. Our society is conformist, herdlike, cowardly and terrified of unfashionable opinions – and they know it.

Our society doesn’t genuinely and thoroughly accept diversity of opinion. Human beings have a desire to censure and punish incorrect behaviour or use of taboo words, and we will always find a means of doing so. The worst reaction is compliance and self-censorship. The best reaction is to dare to be a social leper.

In the popular 1990s comedy series The Fast Show there used to be a recurrent sketch called ‘Jazz Club’, loosely based on The Old Grey Whistle Test, in which the pretentious and smooth presenter Louis Balfour would praise the next act in nonsensical jazz-speak and baffling musical terminology. But every time the act would prove to be appalling, their music being a ludicrous and awful experimental cacophony. The message of ‘Jazz Club’ was that jazz is the pits. And the message is right.

So it is alarming to read reports this week that jazz is becoming fashionable again, especially among the young. Spotify told the Guardian that about 40 per cent of jazz-listening on the streaming service is done by people under 30, with the percentage holding steadily since 2014. It reported that the number of jazz listeners in this age group has risen year on year since 2016.

The only form of jazz that is remotely entertaining (or remotely jazz) is ragtime music, a lively and spritely proto-genre that enjoyed popularity in the first two decades of the 20th century. But otherwise jazz is appalling, narcissistic music, in which the emphasis is always on the individual performer, who isn’t so much entertaining the audience with his music as torturing it with his embellishments.

And it is cacophonous, with modern or experimental jazz sounding like acoustic death metal, with someone having thrown a load of instruments down a stairwell and calling it a tune.

But what about trad-jazz, you might protest? Isn’t that smooth and mellifluous and pleasing to the ear? Perhaps, but it’s also for unctuous, lecherous morons and creepy lounge-lizards who are too stupid to be properly pretentious. People like Swiss Toni, for instance.