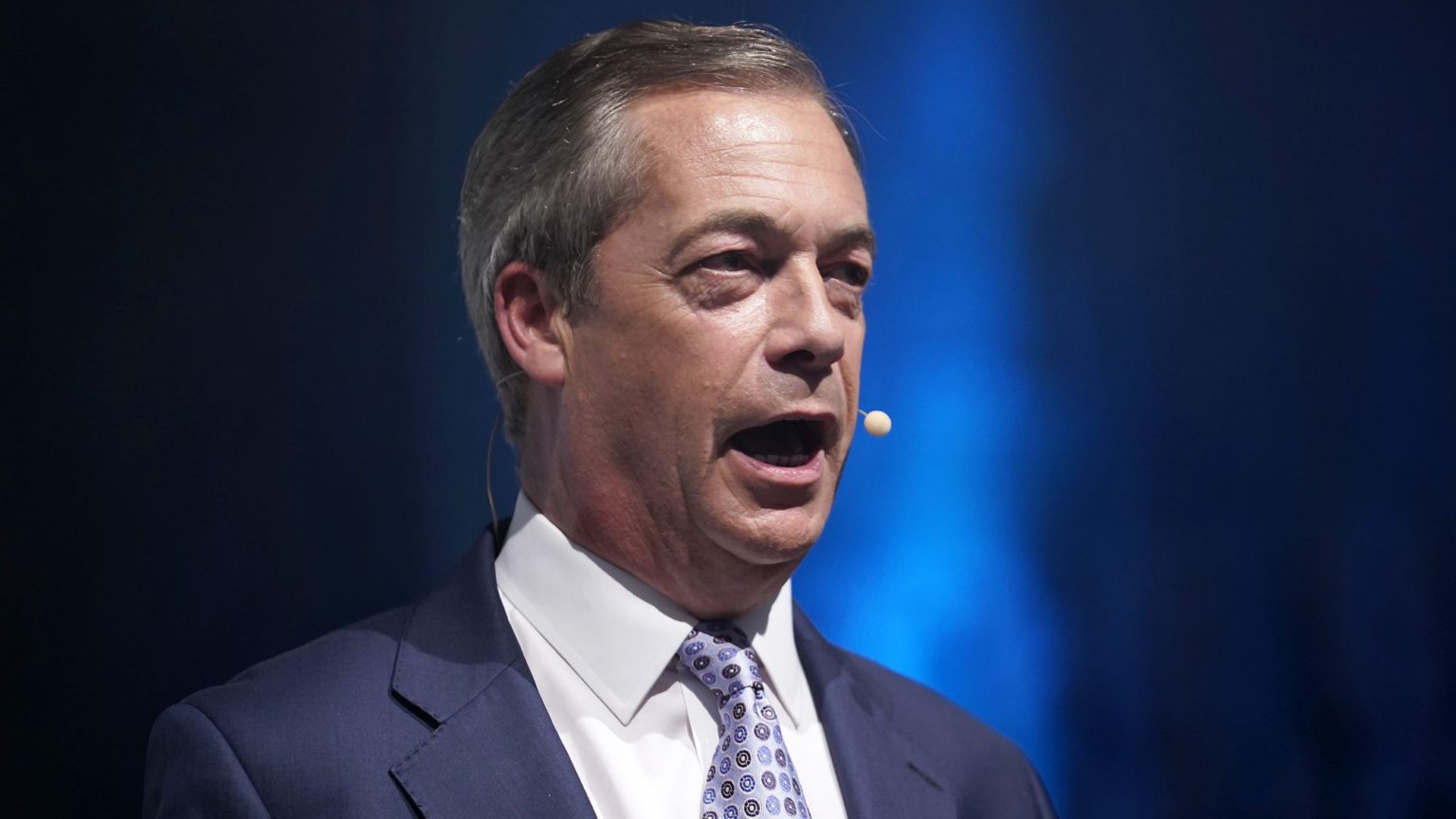 Is anyone going to comment on the fact that Silicon Valley heavyweights are now reprimanding British magazines for their political coverage? This alarming state of affairs became apparent last week when big players at Google, Twitter and Spotify wrote to Campaign, the UK-based global magazine that covers advertising and marketing, to chastise it for daring to carry a cover story on Nigel Farage. This article ‘was a step in the wrong direction’, the social-media giants decreed in their astonishingly arrogant letter to Campaign. If you needed any further proof that the tech elite has gotten rather too big for its boots, here it was.

It all kicked off when Campaign released its issue that had a photo of Farage on the cover, trailing a profile interview with him inside the magazine. The profile was fairly sympathetic. Campaign acknowledged that, like the best marketing gurus, Farage ‘knows how to get a simple message across with maximum effect’. Clearly, Campaign believes that a successful politician, one whose party used social media and political messaging to good effect in the EU elections in May, is an apt subject matter for a magazine that deals in the issue of changing minds and making a splash. But some of its high-profile readers and advertisers disagreed – in incredibly intemperate tones.

A group called Media For All wrote to Campaign effectively to tell it off for talking to the ‘wrong’ kind of politician – despite the fact that Farage’s party won the EU elections hands down, with more than five million votes. Media For All’s missive – which was signed by the managing director of Twitter, the marketing director of Google, the head of sales at Spotify, and numerous other big-hitting media capitalists – openly said Campaign was ‘wrong’ to publish the feature on Farage. The letter caricatured Farage to a ridiculous degree – it said ‘the playbook he and his political allies have employed… is about hate’. Apparently Farage and the Brexit Party do one ‘simple’ thing – ‘identify people who look different, mobilise anger against them and hold them up as the people everyone else should blame’. And thus it was outrageous for Campaign to talk to him.

This infantile, sixth-former view of the Brexit Party is not only insulting to Farage – it’s also insulting to the millions of people who voted for the Brexit Party just a couple of months before Campaign wisely thought that Farage would be worth talking to and working out. These arrogant overlords of the social-media and marketing worlds must have a pretty low view of ordinary voters if they think so many of us could fall for such a ‘simple’ political style that is all about ‘hate’. At least now we know why social-media giants like Twitter and Google have become so open to political censorship over the past couple of years – it’s because they are beholden to the warped woke view that sees anyone who is pro-Brexit or right-wing as hateful and who thinks it is ‘wrong’ to feature such foul people in respectable media outlets. That such casually censorious people are in charge of social media should concern us all.

Amazingly, things got worse: Campaign’s reaction to the letter was as mad as the letter itself. It completely buckled. Instead of standing up for its editorial right to speak with all sorts of people who are doing interesting things in the realms of messaging and influence, it cravenly begged for the big-hitters’ forgiveness. ‘We made mistakes in our approach. And we’re sorry’, the editor-in-chief Claire Beale said. Worse, she promised essentially to cleanse Campaign of the culture that allowed the Farage profile to happen. ‘We will also host a public forum where we can come together to address your responses and the issues we wish we had addressed more effectively in the piece’, she said. In short, a self-flagellating crisis meeting to work out how such a terrible error – an interview with a prominent politician! – could have happened. This looks like a really sad and pathetic capitulation by an editor to money-men. We can surely agree that it is a bad thing when advertising forces wield such influence over a magazine’s editorial output.

And make no mistake: this little-discussed case will definitely embolden the social-media and advertising elites who think they have the right to shape political discussion itself. Do you think Campaign will ever speak to a Brexity person again? Of course it won’t. It has been put on notice by anti-Brexit elites. When Google, Twitter and others think nothing of chastising media outlets for speaking to the wrong people, there could be a chilling effect across the media. The truth is that Farage went to the people, engaged with the people, and won millions of democratic votes. In contrast, these letter-writers, in their aloof, unaccountable worlds, come off increasingly like a menace to democracy and to open media debate.