The diminishing of the Holocaust 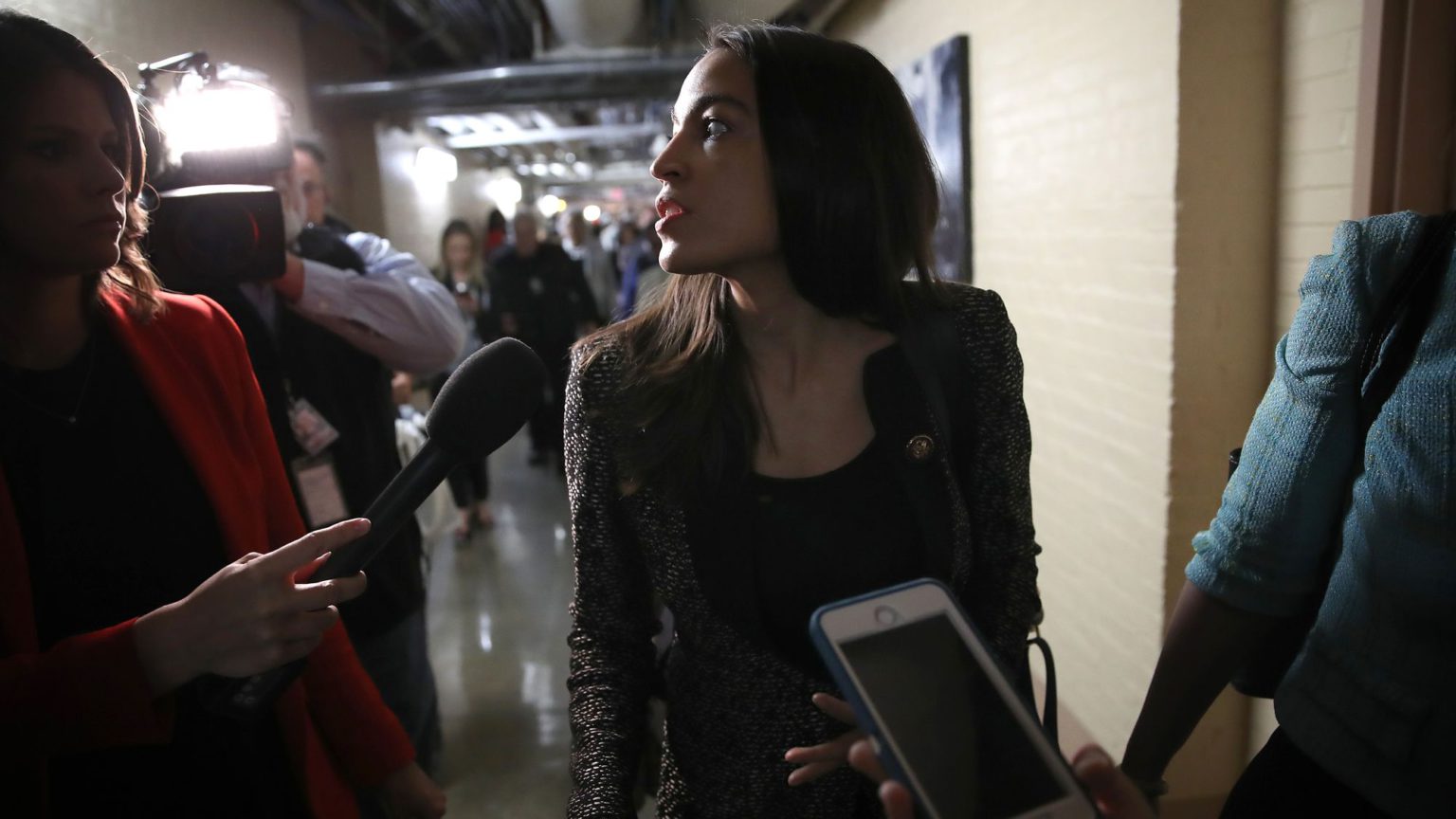 If you ever need to explain to someone what the word ‘disingenuous’ means, you could do worse than point them towards the army of tweeters currently defending Alexandria Ocasio-Cortez against accusations that she diminished the memory of the Holocaust with recent comments she made.

Ocasio-Cortez, or AOC, as she’s known, caused a Twitter-stir when she posted a video in which she described the detention centres holding undocumented migrants on America’s southern border as ‘concentration camps’. Her critics say she is outrageously drawing a comparison between 21st-century America and 1930s Europe and in the process undermining the unique barbarism of the Holocaust. Her defenders, who of course are legion among the social-media set and the chattering classes, are saying: ‘Duh. These migrants have been concentrated into a camp. That means these are concentration camps. It isn’t a Nazi comparison.’

This is the definition of disingenuous. Because AOC was comparing these detention centres to Nazis camps, not merely to concentration camps, and she was doing so explicitly.

‘This administration has established concentration camps on the southern border of the United States for immigrants, where they are being brutalised with dehumanising conditions and dying’, she has tweeted since the controversy over her comments exploded. She and many others are linking to an essay on the ‘global history of concentration camps’, which points out that camps in which huge numbers of people are held without trial – that is, concentration camps – have existed throughout modern history. They were set up during the Boer War; Japanese people were held in such conditions in the US during the Second World War. ‘It wasn’t only the Nazis who set up concentration camps’, they say.

And this is true. A concentration camp is different to a death camp. In the public consciousness, the term concentration camp may now be intimately, and perhaps exclusively, associated with the camps set up by the Nazis, but the fact is that other governments and regimes have also set up concentration camps over the past century and more. A death camp is different. These are the Nazi camps that didn’t merely concentrate people together but did so with the express aim of exterminating them in order to satisfy a demented programme of racial murder and racial purification – in this case, to rid the entire Earth of the Jewish people.

However, this semantic defence, that it wasn’t only the Nazis who set up concentration camps, doesn’t work in the case of AOC for one simple reason: she didn’t only refer to the southern detention centres as concentration camps – she also evoked the phrase ‘Never Again’. She said: ‘The US is running concentration camps on our southern border, and that is exactly what they are. If that doesn’t bother you… well… I want to talk to the people that are concerned enough with humanity to say that “Never Again” means something.’

Never again. Everyone knows what this means. Everyone knows what this phrase refers to. It is a Holocaust phrase. It has been traced to an epic poem written in 1926 by the Hebrew poet Yitzhak Lamdan, but it came into more common usage on some of the secular kibbutzes in the new state of Israel in the 1940s. It has since, of course, gone global, becoming the rallying cry of Holocaust memorial campaigns and Holocaust education. Say ‘Never Again’ and the vast majority of people will presume you are talking about one thing and one thing only – the Holocaust, the worst crime in history, something we want to ensure never happens again.

When AOC said ‘Never Again’, that was the moment at which she did explicitly compare immigrant detention centres in the US with death camps in Europe. She was arguing that the existence of these immigration centres represents a failure of the ideal of ‘Never Again’ – in short, their existence carries on the kind of evil humanity witnessed during the years of the Holocaust. Those arguing that she only said ‘concentration camps’, and therefore wasn’t drawing a line with the Nazi death camps, are being disingenuous, or they are flat-out lying, and they know they are.

So many questions are raised by AOC’s use of the Holocaust phrase ‘Never Again’ in relation to the immigrant detention centres run by the Trump administration. Were similar camps set up by the Obama administration concentration camps, too? If so, why didn’t leftists say so loudly and frequently when he was in power? But the biggest problem with AOC’s comments, and with the disingenuous apologetics of her supporters, is that this kind of thing does diminish the memory of the Holocaust. Unquestionably. It defames 21st-century America by suggesting that its relatively routine detention of undocumented migrants is on a par with the Nazis’ factory-like concentration of people for the purpose of destroying them. And it renders the Holocaust mundane; it reduces it to a mere bad event, an unpleasant episode – like the current immigration problem on America’s southern border, say. It effectively says: ‘The Holocaust wasn’t such a big deal. It was just another act of bad government. Similar things are happening now.’

This is not Holocaust Denial, but it is its close cousin – Holocuast Relativism. This is an intellectual scourge of the modern era: the relativisation of the Holocaust through the constant comparison of quite ordinary conflicts and events in the here and now to the utterly unordinary events of the 1930s. This has led to a chipping away at the singular nature of the Holocaust. Witness Muslim organisations refusing to take part in Holocaust Memorial Day until it agrees to include other genocides too, or Trump being referred to as literally Hitler by people who clearly don’t understand what Hitler was or what he did. Such Holocaust Relativism is a key motor of the new anti-Semitism, which is built primarily on the idea that the Jews need to stop moaning about their past experiences and recognise that the Jewish State is now as wicked as the Nazis ever were.

Well done, AOC and your defenders – you have just unwittingly contributed to a new form of racism whose very motor is the idea that the Holocaust wasn’t all that distinctive and so perhaps ‘those people’ should shut up about it.