The bizarre fallout from that assault on two lesbians

One of the lesbian victims says people only empathised with her because she’s white – how ungrateful can you get? 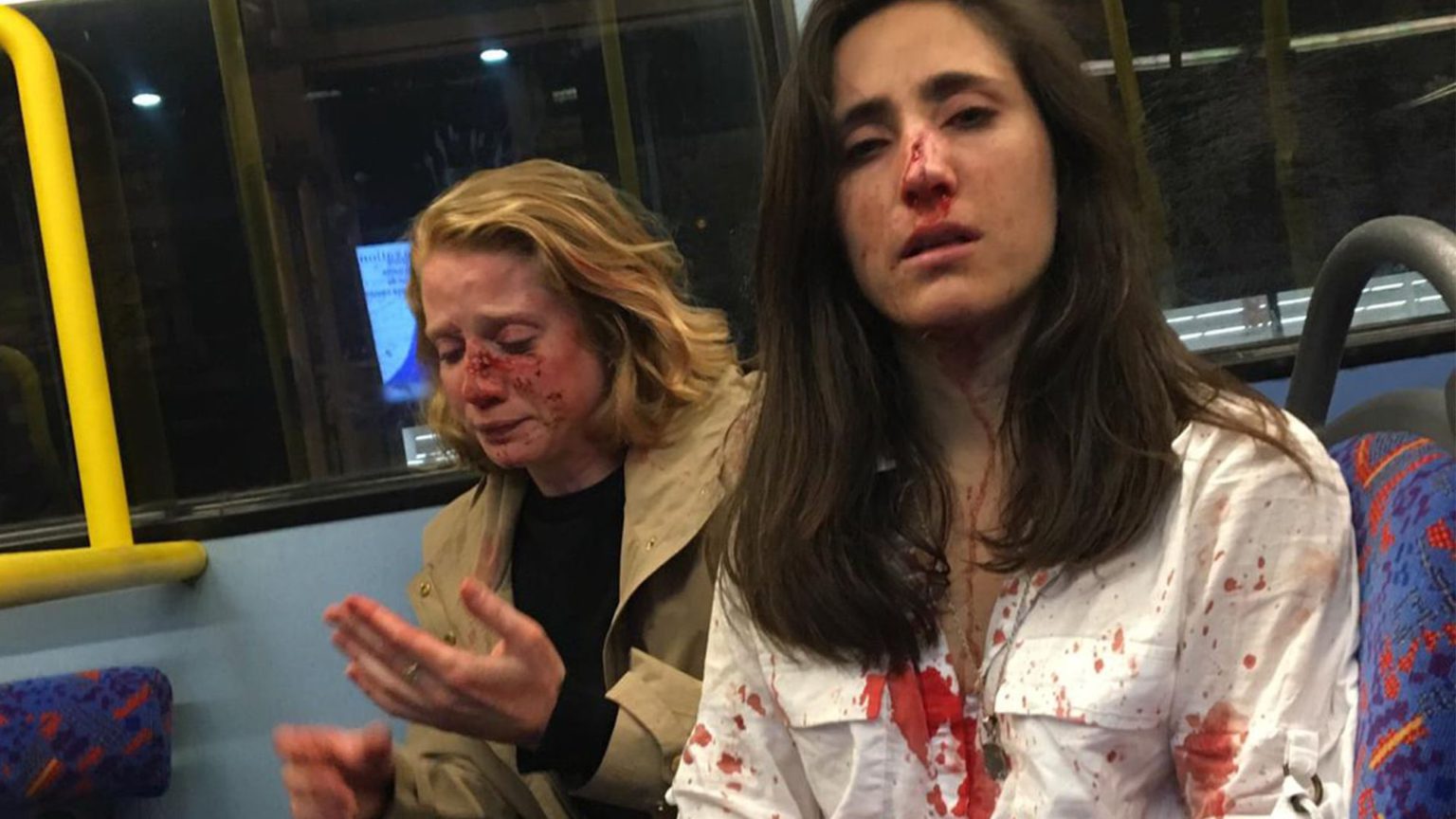 Talk about ungrateful. Brits, and people around the world, offered empathy and solidarity to the two gay women who were battered by thugs on a London bus. And yet now one of the women has turned around and told us we only care about them because they are white. It’s only because they are ‘two attractive, white, cisgender women’ that so many people and organisations gave a damn about them and tweeted about them, apparently. Thanks a bunch. We offer our human concern for your wellbeing and you tell us we’re being racist. We’ve reached peak identitarian bollocks.

The woman in question, who goes only by the name ‘Chris’, has written a piece for the Guardian. Natch. The intro lets us know what we’re in for: ‘The photo of me and my date went viral – but only as we’re white, feminine and cisgender.’ Translation: you racist, transphobic idiots wouldn’t have cared half as much if this had been two bloodied and bruised black women or trans women. The ‘commodification’ of ‘my face’ came at the ‘expense of other victims whose constant persecution apparently does not warrant similar moral outrage’, says Chris.

What is most striking about her piece is that she flagellates herself for her privilege. Yes, this woman who last month was badly beaten allegedly on account of her sexuality is now beating herself up in the national press over her privileged identity. She says she has ‘evaded much of the violence and oppression imposed on so many others by our capitalist, white-supremacist, patriarchal system because of the privileges I enjoy by dint of my race, health, education, and conventional gender presentation’. What a strange, self-hating mindset it must take to be victimised for your sexuality and then to say: ‘God, I’m SO privileged.’

Chris even does us the service of providing a list of people who are far less privileged than her and who us phoney empathisers should finally start noticing. It is ‘open season’, she says, on ‘people of colour, indigenous people, transgender people, disabled people, queer people, poor people, women and migrants’. This is classic virtue-signalling. She is engaging in the Oppression Olympics while making it clear she doesn’t deserve any gold medals in said Olympics because she is white, educated, cisgender, etc. A masterclass in identitarian showboating.

Ironically, while bemoaning her privilege, Chris and her partner have exercised the key privilege of our age – victim privilege. Witness how the liberal media have fallen over themselves to solicit the women’s opinions on political matters. They think Boris is unfit to be PM, one headline tells us. Commentators claim the attack on them shows how ugly Brexit Britain has become. What this isolated assault has got to do with Brexit is anyone’s guess, not least since the alleged perpetrators are teenagers who are not even old enough to vote and probably couldn’t care less about politics. Why are these women’s political opinions being sought out, anyway? We don’t ask victims of armed robbery or knife crime what they think of Boris Johnson getting into Downing Street, so why ask victims of a physical assault on a bus? It’s because they enjoy identitarian privilege; they are on the oppression scale and thus their views matter more than other people’s.

This whole affair confirms how ugly and divisive the politics of identity has become. This nasty new politics makes solidarity impossible. Even the offering of solidarity to two victimised gay women is treated as suspect, as being motored by racism or transphobia or privilege. In the identitarian sphere, where everyone is reduced to their race or sexuality and neatly ordered from Most Oppressed to Least Oppressed, solidarity cannot even be accepted by victims of assault anymore. ‘Why are you sympathising with me? Is it because I am white?’, Chris is effectively asking, like an identitarian Ali G – ‘Is it cos I is white?’. No, it’s because you are a human being, and while sections of the virtual left might have disappeared up the fundament of the anti-human, anti-solidarity politics of identity, the rest of us have not. In that photo, we saw two human beings unfairly abused and assaulted. Nothing more, nothing less. Stop imputing malice and prejudice into our humanist urge to empathise with other people.