The woman who screamed ‘Nazi’ at a Trump supporter has been hounded out of a job. 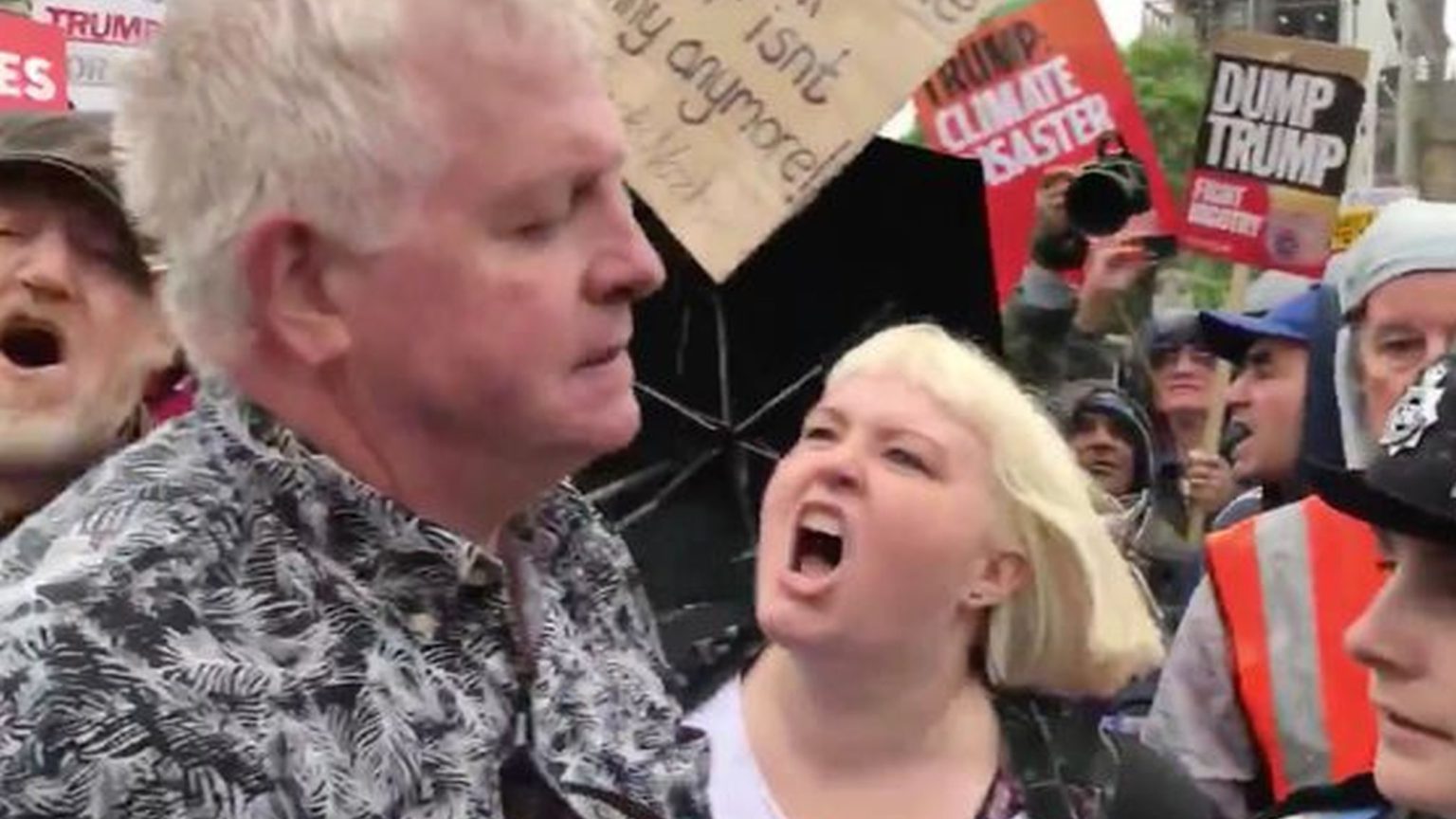 A viral clip did the rounds earlier this week of a Trump supporter being shouted at and milkshaked by protesters in London.

One woman with a blonde bob can be seen in the video screaming hysterically in his face. She quickly became a symbol of the British bourgeoisie’s particularly nasty case of Trump Derangement Syndrome, which spilled out on to London’s streets during his state visit this week.

Now, she’s been forced to leave a job.

In the hours after the clip hit the internet, people with too much time on their hands got to work to find out who she is. It turns out she is Siobhan Prigent. She runs her own consultancy business and most recently had a contract at University College London Hospitals (UCLH), coordinating clinical trials.

A petition did the rounds calling for her to be sacked and around 1,700 people signed it before she stepped down. The UCLH told the Mail that she left so as to save UCLH or the NHS any more ‘negative attention’. In less than 48 hours, the outraged became the target of outrage, and we all died a little more inside.

Reading the petition – now signed by over 3,000 people – is a reminder that snowflakery is now almost as bad on the right as it is on the left. What Prigent did was ‘an outrage’, it splutters, and the NHS should ‘not tolerate such behaviour’. It could have been written by a students’ union officer incensed that someone used the wrong pronoun.

What Prigent participated in was out of order and thorougly dumb, even if she didn’t see it that way. She tweeted an apology soon after the incident, but only after she had been thrust into the spotlight, signing off with ‘Please leave my family and friends out of it’. The petitioners say it clearly wasn’t genuine.

But who cares? Why do we even know this woman’s name? Why does it matter if she went home feeling like an idiot or went home convinced she just refought the Battle of Cable Street? The total lack of proportion in these online witch-hunts is one of the most bizarre things about them.

In the end, here’s what happened: some self-righteous twats were horrible to a middle-aged man for no good reason. It was a particularly mad episode, caught on camera, that seemed to encapsulate some of the most malign trends in our politics. Which is why I and others wrote about it. But it is nothing anyone should be losing work over.

Going by their fulminations on Twitter, it seems some right-wingers think this is about playing the left at its own game, as right-wingers have been the targets for myriad twitch-hunts in the past. But these people are just dressing up their own lack of principle and shrill, pearl-clutching authoritarianism as tactical nous.

Some are saying she was not some lowly nurse but a self-employed management consultant, and so we should have no sympathy for her. But given that precisely the same people are – rightly – outraged when prominent, well-off right-wingers lose certain positions, I’m not buying that argument here.

Indeed, one of the worst things about this case is that Prigent is a private citizen. Yes, she was on a protest, shouting mad things in public. But if every time we get a bit carried away on a demonstration we risk being filmed, identified and condemned by the social-media mob, everyone will suffer.

This is crowdsourced authoritarianism, and it has got to stop.