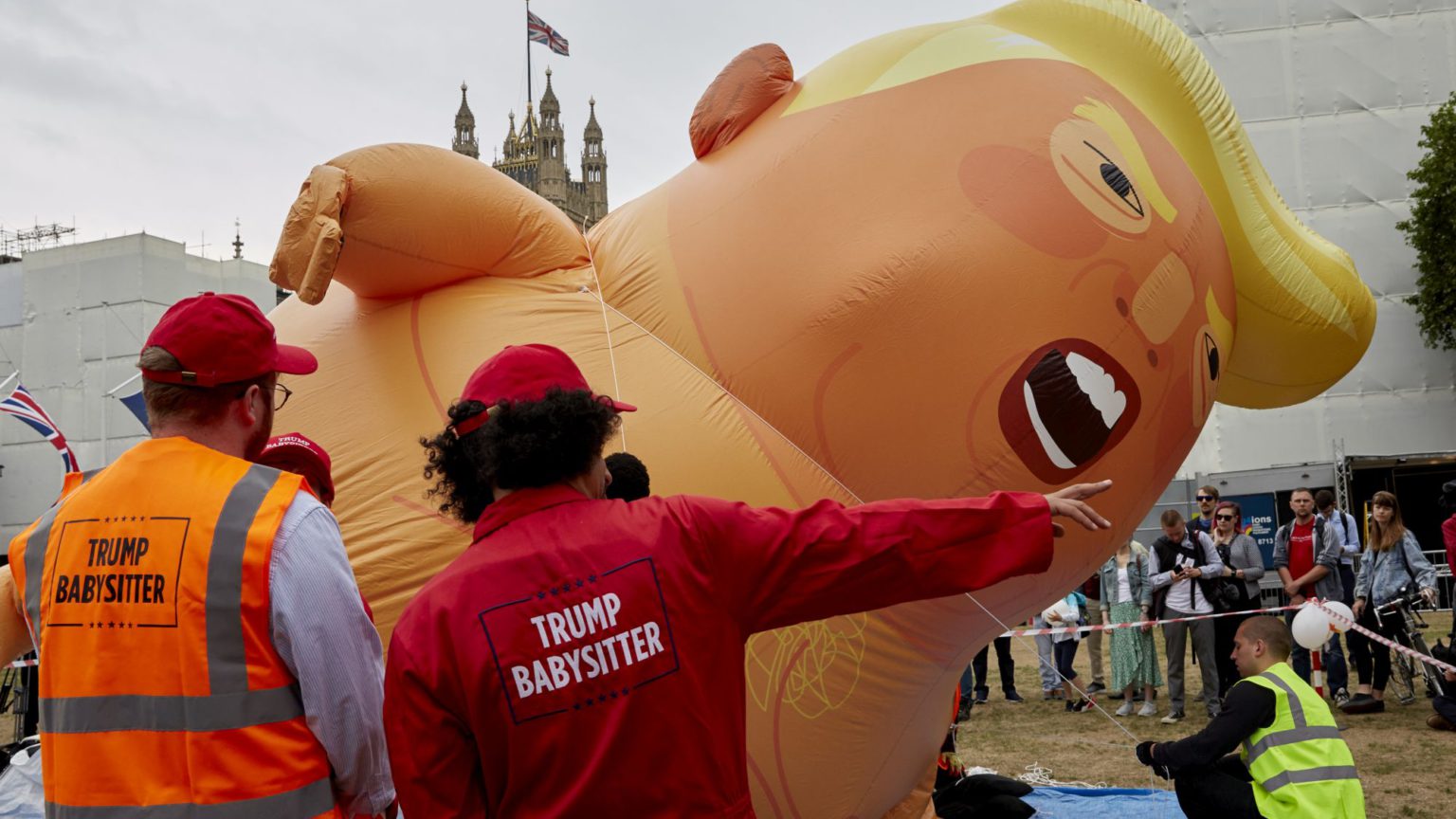 If you want to see just how entitled and arrogant Britain’s chattering classes have become, look no further than their indignation over Donald Trump’s tweets calling London mayor Sadiq Khan a ‘stone cold loser’ and mocking his diminutive stature. Trump posted his Sadiqphobic tweets (I’m amazed the PC set hasn’t started using the word ‘Sadiqphobia’ yet) as Air Force One was readying to land in London.

The tweets were an outrage against morality, decency, diplomacy and the United Kingdom itself, the hissy-fit-havers insist. ‘How dare Trump attack the lovely, progressive Sadiq?’, they cry in unison, as they accuse the orange oaf they love to loathe of demeaning the office of the president, weakening the special relationship, and coarsening public discourse.

There’s only one problem with their self-satisfied flapping over Trump’s online namecalling – Sadiq started it! He was the first name-caller in this ridiculous, teenage Twitterspat. He likened Trump to fascists. In a national newspaper. On Sunday, the day before Trump came to the UK. Sadiq’s crystal-clear intention was to cause a diplomatic stink and start a virtual scrap that might win him some brownie points in the interminable battle over who will get to animate the corpse of the Labour Party once Jeremy Corbyn vacates this macabre office. And anyone who has ever braved a rowdy playground, had a lively night out or even just had a normal job will know that you can’t go around dishing out insults without getting a bit of blowback. Where the hell did these people grow up?

The UK media depicts Trump as a big baby. (When they’re not depicting him as literally Hitler, that is. How telling that they can’t decide if he’s an overgrown child or the reincarnation of the most evil man in human history.) That Trump baby blimp will fly over London today, as part of the anti-Trump protests, with the official blessing of Sadiq Khan, of course. But in this spat, it isn’t Trump who’s behaving like a baby – it’s Sadiq.

Sadiq has done the equivalent of starting a playground scrap and then running to teacher to say ‘Miss, he called me a name!’ when the person he picked a scrap with fired insults back at him. It’s pathetic. What Sadiq said about Trump in the Observer – that his actions are like those of the ‘European dictators of the 1930s and 40s’ and that he is the figurehead of a ‘global far-right movement’ that is ‘using the same divisive tropes of the fascists of the 20th century’ – is far worse than what Trump said about Sadiq in return. Sadiq likened Trump to the people who destroyed Europe and murdered and gassed to death millions of Jews; Trump called Sadiq a midget. I’m saying Sadiq got off very lightly here.

It is testament to the utter devaluation of the word ‘fascist’, to the way it has been reduced to a meaningless everyday insult, that the Twitterati and media elite were fine with Sadiq calling Trump a fascist but then completely lost the plot when Trump said Sadiq is a loser who is not very tall. This is one of the key problems with the Trump-bashing of the political, media and middle classes – the way it has appropriated the horrors and the language of history in order to add some oomph to these people’s disdain for Trump. Because in the process of plundering the barbarism of the 1930s and 1940s for words and imagery to use against a 21st-century president they don’t like, these people demean history itself and relativise what happened in those darkest moments in human history.

They think they are getting one over on Trump, but in truth they are getting one over on the victims of fascism and on the importance of recognising the unique nature of the Nazis’ industrial destruction of European Jewry. In constantly citing the 1930s in their spluttering attacks on Trump, they render that decade mundane, routine, just a ‘bad patch’ in human history, like the bad patch we are allegedly experiencing today under Trump and other populist leaders. They unwittingly contribute to a sense that maybe 1930s Europe wasn’t that bad. In comparing fascist Europe to Trump’s America, they don’t so much insult Trump’s America as they do soften and even excuse the staggering, unprecedented crisis of humanity that occurred in the 1930s and 1940s in Europe.

The terrible irony is that they themselves contribute to a culture of prejudice. Holocaust relativism – the idea that Jewish suffering wasn’t all that bad so maybe we should stop going on about it – is one of the key drivers of the new, identitarian breed of anti-Semitism. In inflaming Holocaust relativism, these people certainly do nothing to challenge the new anti-Semitism, and they may even be accidentally energising it. Their overuse of the words fascism and Nazi and Hitler and genocide is not only historically illiterate – it is politically dangerous. Sadiq’s words have done far more to coarsen politics and society than Trump’s response did.