We must have the right to blaspheme against Islam

The Saatchi Gallery’s covering up of two ‘Islamophobic’ paintings is an outrage. 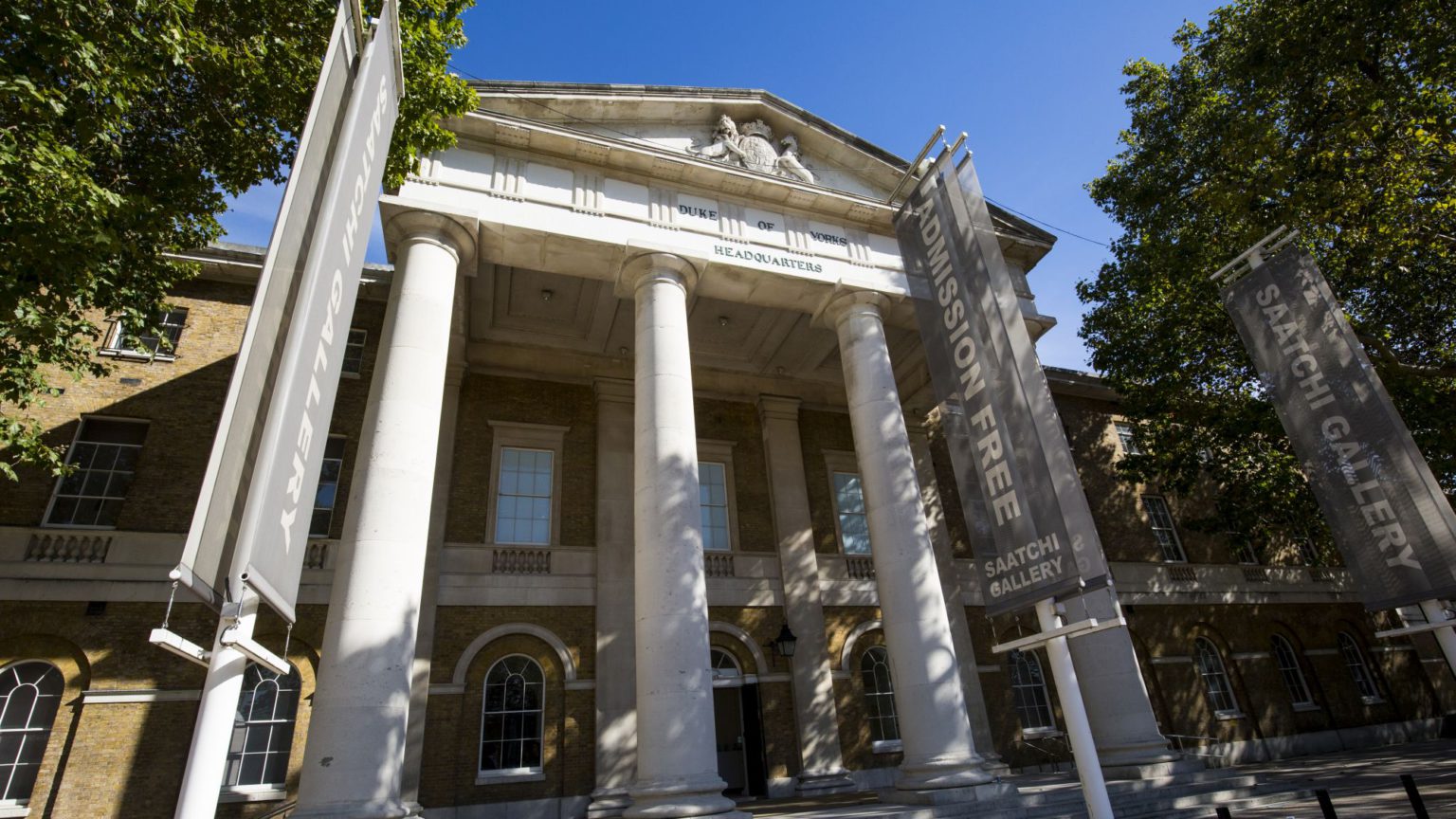 Thou shalt not insult Islam. Bizarrely, terrifyingly, this has become the creed of 21st-century Britain. Consider the Saatchi Gallery’s decision to cover up two paintings after Muslim visitors complained they were offensive. In a blow to the ideal of artistic freedom, the supposedly edgy gallery in west London draped grey sheets over two new paintings that infuse verses from the shahada, one of the five pillars of Islam, with images of naked women and the US flag. The Saatchi is behaving like Saudi Arabia, hiding from public view artworks that blaspheme against Islam. Perhaps the artist responsible will now get 50 lashes for effrontery to the religion of peace.

The works are by the pseudonymous artist SKU. The aim of the paintings was to explore how individuals become subjected to ‘wider cultural, economic, moral and political forces’. But visitors were denied the ability to judge how successfully the paintings did this because they were covered up by Islam-respecting modesty sheets in response to complaints that they were ‘blasphemous’. The Saatchi Gallery said it respected ‘the sincerity of the complaints made against these works’. SKU proposed a ‘compromise’, in the words of the Guardian, with the visitors who called for the paintings to be taken down – SKU said they shouldn’t be taken down but they should be covered with sheets. Way to defend artistic freedom! This is the ‘respectful solution’, said SKU.

This wasn’t a compromise. It was a capitulation. It was a caving-in to the censorious cries of people who clearly think that public space, even artistic spaces, should be cleansed of any images that offend their religious convictions. There is no significant difference between the intolerant desire of certain visitors to have the paintings taken off the walls and the spineless decision of the artist and the gallery to cover them up instead: in both cases, actual artworks would be hidden from public view, defaced with censorious cloth, on the basis that they offend religious sensibilities. It is positively pre-modern.

It is also ironic. And riddled with double standards too. For the Saatchi art crowd has long presented itself as dangerous and sensational and willing to offend against orthodoxies. Charles Saatchi himself – the wealthy co-founder of the advertising agency Saatchi & Saatchi who set up the Saatchi Gallery to display his immense art collection – has made a name for himself as a shower of supposedly offensive art. He famously sponsored the Young British Artists of the 1990s, who were rarely out of the headlines for their shocking works. At Sensation, the 1997 exhibition of his collection at the Royal Academy of Art in London, a painting of Myra Hindley by Marcus Harvey caused a huge storm. Some members of the Royal Academy resigned in protest at its inclusion and the painting was vandalised by visitors twice. Yet the Saatchi crew didn’t cover it up.

Even more strikingly, the Saatchi collection then included ‘The Holy Virgin Mary’ by Chris Ofili, which is an Africanised painting of the mother of Christ that rests on two big slabs of elephant dung. It caused a storm in London in 1997 and even more so when it was displayed at the Brooklyn Museum of Art in 1999. Rudy Giuliani, then New York mayor, threatened to shut down the museum over the ‘offensive’ Ofili work. Christian organisations said the painting should be removed because it is ‘offensive to religious viewers’. The museum refused to remove it. Saatchi’s people didn’t suggest covering it up. Nor did they talk up ‘the sincerity of the complaints’. Which raises a big and awkward question: why is it okay for the edgy art world to ‘insult’ a Christian icon but not to ‘blaspheme’ against Islam?

This is where we get to the heart of the problem: Islam, uniquely among religions, is being forcefieled from criticism, ridicule and even artistic depiction in 21st-century Britain. The Saudi-style covering-up of SKU’s two paintings follows the shushing or shelving of other works of art or entertainment deemed to be offensive to Islam. Various theatres, including the Barbican and the Royal Court Theatre, have rewritten or cancelled works that might offend Muslims. Or witness the fire-and-brimstone condemnation that rains down on anyone who criticises or jokes about certain Islamic practices, whether it’s the wearing of the niqab (Boris Johnson) or the 72 virgins thing (Louis Smith).

Student unions agitate for the banning of speakers who criticise Islam too harshly (whom they of course brand ‘Islamophobic’). Charlie Hebdo continues to be shamed by British leftists as a publication that ‘punches down’ because it dares to publish cartoons that mock Muhammad or take the piss out of Islamic beliefs. Even the Metropolitan Police recently decreed that it is ‘Islamophobic’ to describe Islam in any of the following ways: as a ‘static’ belief system, as ‘other’, as ‘irrational’, ‘sexist’ or ‘aggressive’, or as a ‘political ideology’. Apparently anyone who holds these entirely legitimate views of Islam is guilty of an act of ‘phobia’ – which in essence means blasphemy.

Everyone from the police to the commentariat to the political class now treats criticism of Islam as tantamount to a speechcrime. Consider the All Party Parliamentary Group’s recent embrace of a definition of Islamophobia as any prejudice against ‘expressions of Muslimness’, which could include dislike of basically any Islamic practice. It is little wonder people feel they have the right to walk into a gallery and say ‘Take down this blasphemous work’. After all, they live in a country in which the powers-that-be have reintroduced blasphemy laws by the backdoor in order to protect one religion in particular – Islam – from harsh criticism.

This is really worrying stuff. It is bad for artistic freedom, bad for public discussion, and bad for freedom of thought. The right to blaspheme is a hard-won liberty. We should have the freedom to mock all gods, prophets, beliefs and ideas. The right of the individual to blaspheme against religion should always override religious people’s sensitivities. The worst thing is this: censorship inflames intolerance. When we say Islam must never be insulted, we play directly into the hands of Islamists who believe that anybody who does insult their religion deserves to be punished. We license their bigotry. We strengthen their belief that criticism of Islam is immoral and thus deserving of some kind of blowback. Hiding those two paintings behind sheets was an incredibly bad, illiberal and destructive thing to do.