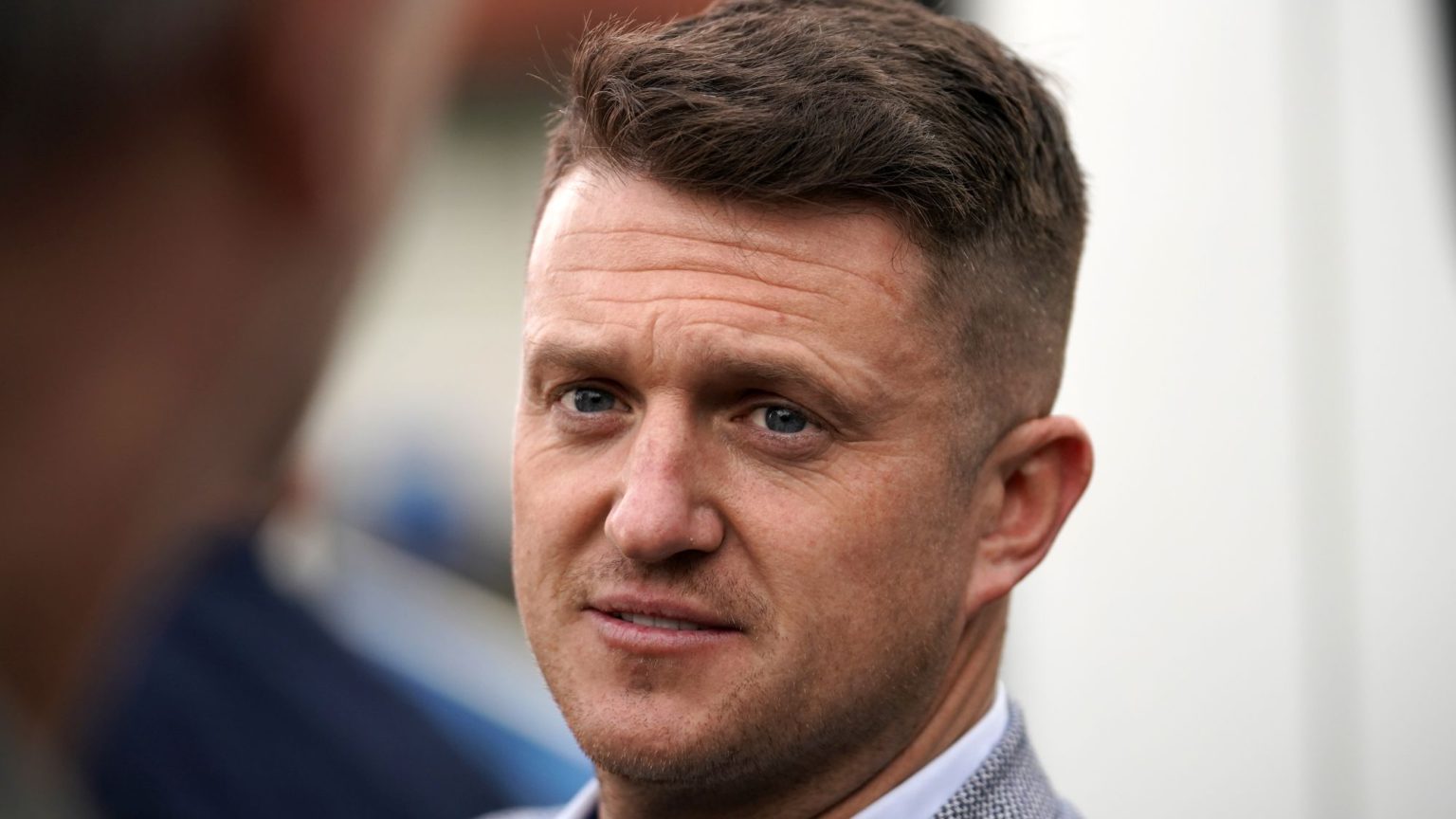 For months and months, Britain’s chattering classes have been fretting over Silicon Valley’s alleged stranglehold over political life. Letting their imaginations run far ahead of the evidence, they’ve claimed that shady social-media giants allowed their users to be hoodwinked and manipulated by dastardly populist troublemakers. And yet now, amid all this hyperbole, we have a real and clear instance of Silicon Valley meddling in British politics and these people have suddenly gone very quiet. Social-media bosses are now determining, arrogantly and unilaterally, which electoral candidates may use the internet to spread their political message, and our supposedly liberal friends aren’t raising so much as a peep of protest.

Both Tommy Robinson and Carl Benjamin have had their campaigning accounts suspended by Twitter. In next month’s European Parliament elections, Robinson is standing as an independent candidate in the north-west of England and Benjamin is standing as a UKIP candidate in the south-west of England. Both men, known for their anti-Islam or non-PC views, had already been personally banned from Twitter, for falling foul of Twitter’s terms and conditions on ‘hateful conduct’. Whatever you think of those earlier bans – my view is that social media is a pointless and self-defeating phenomenon if it doesn’t permit the expression of all views, including difficult and even hateful views – you must surely recognise that the latest ban on their campaigning accounts is of a different and far more concerning order. For what we have here is Twitter effectively decreeing who may campaign for office in a UK election.

The social-media space has become essential to political life. Everyone knows this. Whether it’s Barack Obama using the web in 2008 to become the most popular politician in the Western world or Jeremy Corbyn’s online army using Twitter and Facebook to promote videos, memes and messages, politicians of all persuasions recognise that the social-media sphere is essentially the new public square, a global space in which your push your ideas and drum up public support. Any aspiring politician who is excluded from this space will find it difficult to compete and communicate. It is tantamount to an electoral candidate having been banned from giving public speeches or writing newspaper articles in the pre-internet era. When Twitter’s faceless overlords of acceptable political thought ban actual electoral candidates from communicating with an audience, they are dictating the shape and scope of our democratic elections; they are dictating who is a fit candidate and who is not.

This is corporate interference in Britain’s democratic affairs. Plain and simple. It matters not one jot if you like Robinson or Benjamin; what matters is that we limit the power of faraway corporations to determine who may campaign online in democratic elections. Ironically, both the radical left and the libertarian right make a similar argument in defence of Twitter’s right to ban whoever the hell it likes. This is a private company, they say, and it can host people or refuse to host people as it sees fit. This is such a lame, spineless argument to make in an era when corporate-founded social networks are so central to political and public life. It effectively empowers unaccountable capitalist elites to mould public discourse in a manner of their choosing. It elevates corporations’ property rights over the public’s speech rights and electoral rights – an understandable mistake for libertarian rightists to make, but unforgivable when it comes from the left.

What if Twitter decides that state socialism is a dodgy worldview and decides to prevent Corbynistas from carrying out electoral campaigning on its platform? What if it decrees that pro-Second Amendment libertarians are a danger to individual life and so must not be allowed to pump out their ideas during election time? The leftists and libertarians currently cheering, or shrugging off, Twitter’s recent bans wouldn’t have a leg to stand on in such a situation. They will have helped to create the situation themselves, in fact. The solution to the less-than-desirable situation where corporations oversee so much of public discussion is not to grant these corporations even more power to license certain ideas and crush others – it is to put pressure on them never to ban any individuals or ideas and not to even think about erasing the accounts of electoral candidates.