The cult of Greta Thunberg

This young woman sounds increasingly like a millenarian weirdo. 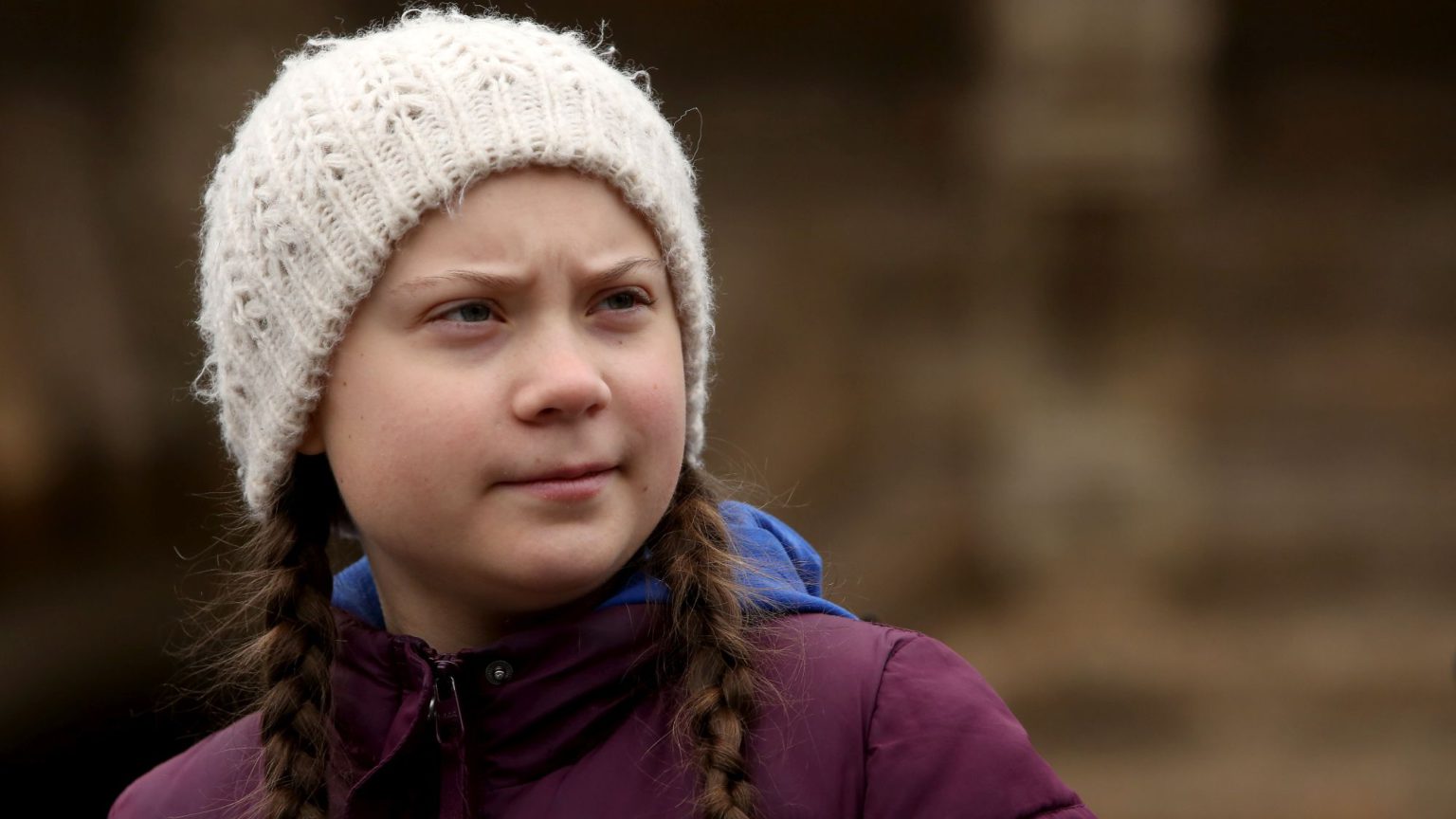 Anyone who doubts that the green movement is morphing into a millenarian cult should take a close look at Greta Thunberg. This poor young woman increasingly looks and sounds like a cult member. The monotone voice. The look of apocalyptic dread in her eyes. The explicit talk of the coming great ‘fire’ that will punish us for our eco-sins. There is something chilling and positively pre-modern about Ms Thunberg. One can imagine her in a sparse wooden church in the Plymouth Colony in the 1600s warning parishioners of the hellfire that will rain upon them if they fail to give up their witches.

It actually makes sense that Ms Thunberg – a wildly celebrated 16-year-old Swede who founded the climate-strike movement for schoolkids – should sound cultish. Because climate-change alarmism is becoming ever stranger, borderline religious, obsessed with doomsday prophecies. Consider Extinction Rebellion, the latest manifestation of the upper-middle classes’ contempt for industrialisation and progress. It is at times indistinguishable from old fundamentalist movements that warned mankind of the coming End of Days. I followed Extinction Rebellion from Parliament Square to Marble Arch yesterday and what I witnessed was a public display of millenarian fear and bourgeois depression. People did dances of death and waved placards warning of the heat-death of the planet. It felt deeply unnerving.

It struck me that this was a march against people. Most radical protest and direct action is aimed at officialdom or government or people with power. This macabre schlep through London was aimed squarely at ordinary people. Banners and placards made no disguise of the marchers’ contempt for how the masses live. We were told that ‘Meat = heat’ (that is, if you carry on eating meat, you fat bastards, the planet will get even hotter) and that driving and flying are destroying Mother Earth. Of course, it’s okay for them to fly – Emma Thompson jetted first-class from LA to London to lecture us plebs about all our eco-destructive holidaymaking. It’s only a problem when we do it; it’s only bad when we take advantage of the miracle of mass food production and the expansion of flight to make our lives fuller and more pleasurable. They detest that. They detest mass society and its inhabitants: the masses.

In keeping with all millenarian movements, the extinction-obsessed green cult reserves its priestly fury for ordinary people. Even when it is putting pressure on the government, it is really asking it to punish us. It wants tighter controls on car-driving, restrictions on flying, green taxes on meat. That these things would severely hit the pockets of ordinary people – but not the deep pockets of Emma Thompson and the double-barrelled eco-snobs who run Extinction Rebellion – is immaterial to the angry bourgeoisie. So convinced are they of their own goodness, and of our wickedness, that they think it is utterly acceptable for officialdom to make our lives harder in order to strongarm us into being more ‘green’. People complaining about Extinction Rebellion disrupting people’s lives in London over the past few days are missing the point – the entire point of the green movement is to disrupt ordinary people’s lives, and even to immiserate them. All in the jumped-up name of ‘saving the planet’.

And now the green cult has pushed Ms Thunberg into the position of its global leader, its child-like saviour, the messiah of their miserabilist political creed. What they have done to Ms Thunberg is unforgivable. They have pumped her – and millions of other children – with the politics of fear. They have convinced the next generation that the planet is on the cusp of doom. They have injected dread into the youth. ‘I want you to panic’, said Ms Thunberg at Davos, and the billionaires and celebs and marauding NGOs that were in attendance all lapped it up. Because adult society loves nothing more than having its own fear and confusions obediently parroted back to it by teenagers. They celebrate Thunberg because she tells them how horrible they are: it is an entirely S&M relationship, speaking to the deep self-loathing of the 21st-century elites.

Young people, Ms Thunberg isn’t your leader. She’s a patsy for scared and elitist adults. Don’t do as she says. Instead, refuse to panic, mock the blather about hellfire, and appreciate that mankind’s transformation of the planet has been a glorious thing that has expanded life expectancy, allowed billions to live in cities, and made it possible for even the less well-off to travel the globe. Sin against St Greta.