The madness of David Lammy

The Labour MP’s hatred for Brexit is not normal on any level. 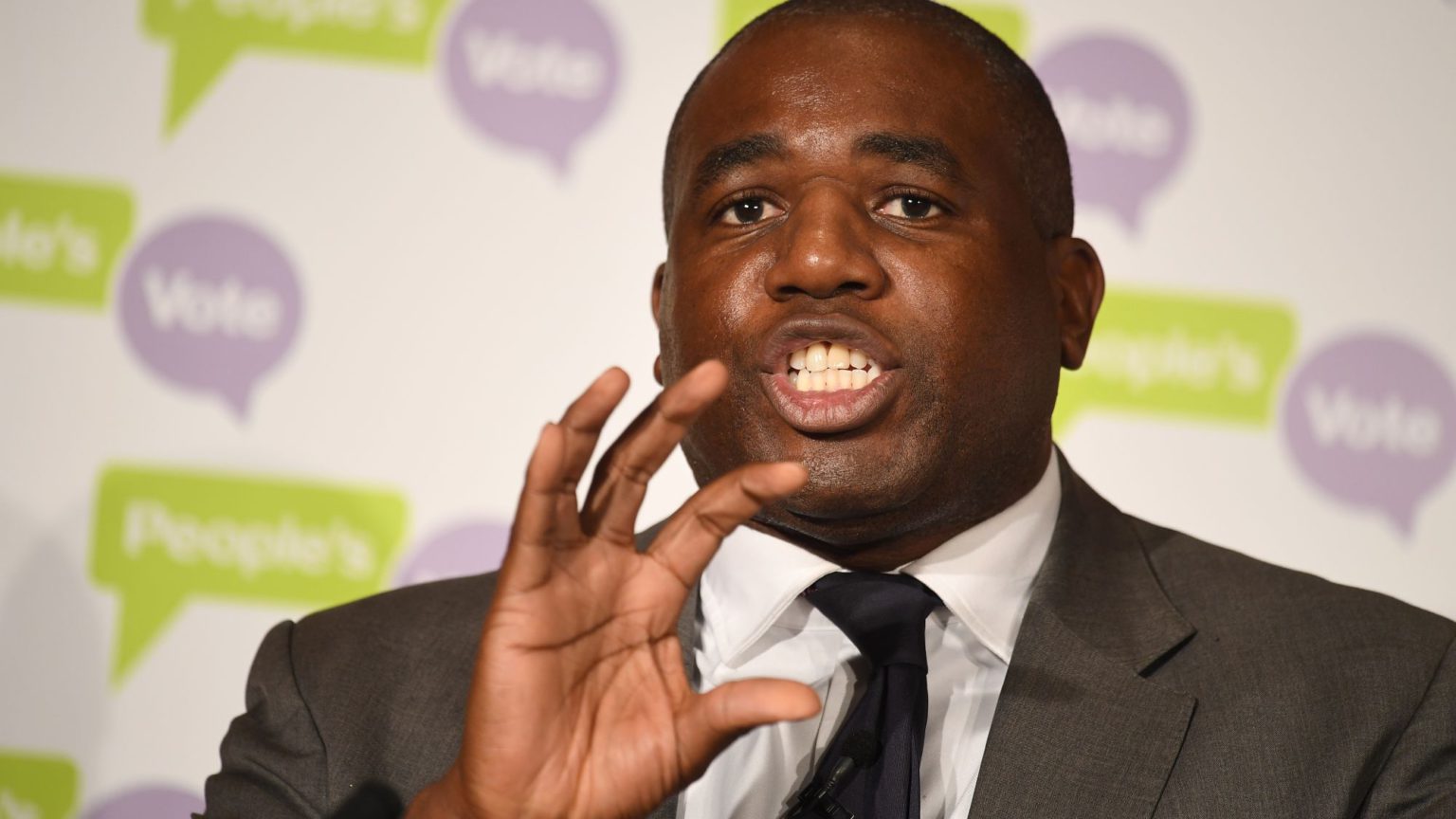 Is there any politician more hateful than David Lammy right now? This is the great irony of the Tottenham Labour MP’s pose as fearless warrior against the hate that was allegedly unleashed by the vote for Brexit in 2016: he himself has done far more than any Brexit voter to promote prejudice and division over the past two-and-a-half years. From his naked contempt for the millions who voted for Brexit, whose ‘wisdom’ he openly calls into question, to his casual, ahistorical and positively dangerous branding of politicians who are strongly committed to Brexit as Nazis, Mr Lammy has become the very thing he claims to oppose: a shrill, unreasoned, over-emotional propagator of loathing towards certain sections of the population.

Mr Lammy’s latest meltdown – and that really isn’t too strong a word for his obsessive hatred for Brexit – came on The Andrew Marr Show on BBC One on Sunday. Marr asked Lammy if his previous comparison of the European Research Group (ERG) to the old racist rulers of South Africa and even to the Nazis had been a little over the top. The ERG is the Eurosceptic wing of the Tory Party. It has never enforced or supported apartheid of any kind, far less has it propagated Nazi ideas, so Marr’s question was a good one. Mr Lammy’s response was extraordinary. Not only did he double down on his foul Holocaust relativism by continuing to compare the present political situation with the most criminal political regime in human history – he pushed it even further by saying his comparison of the ERG to the Nazis was ‘not strong enough’.

Not strong enough. Think about what is being said here. Mr Lammy is saying he was actually being too soft when he said Jacob Rees-Mogg and Co were like the Nazis. He is saying they are worse than the Nazis. These Conservative MPs who are favourable towards Brexit and critical of the EU are worse than the dictators who vaporised six million Jews and spread war, terror and fascist authoritarianism across Europe. What madness is this? Lammy told Marr that people who back a hard Brexit – otherwise known as actual Brexit – are promoting ‘extreme hard-right fascism’. ‘I’m not backing off on this one’, he said, as if standing by your hysterical, elitist libel against certain politicians and Brexit supporters more broadly is evidence of backbone and principle, when in truth it is evidence of your increasing vacation of the realm of reason and your corresponding inability to make any kind of rational moral judgement.

There is so much wrong with Mr Lammy’s exploitation of the greatest horrors of human history to score points against Brexit and its parliamentary backers. The first and most obvious is that it is a lie. The ERG members are not Nazis. The second is that it utterly denigrates historical memory. To compare today’s tense but peaceful disagreements over whether and how the UK should leave the EU to the period in which Jews were slaughtered in their millions is to relativise the past; to make the events of the 1930s and 1940s seem less bad, more normal, through comparing them with the political to and fro of 21st-century Britain. One of the key motors of anti-Semitism today is Holocaust relativism, the idea that there was nothing particularly special about Jewish suffering in the 20th century, so maybe ‘those people’ should just shut up about it. Politicians like Lammy who casually, thoughtlessly marshall the horrors of the 1930s to slam their opponents in the here and now risk inflaming this dangerous process of denigrating the uniqueness of the period of the Holocaust.

And thirdly, there’s the way Mr Lammy, and many others in the hardcore Remainer camp, seek to depict Brexit itself as a hard-right phenomenon. This is increasingly their aim, or at least their impact: to paint the very belief that we should leave the EU as an essentially toxic, fascistic phenomenon, and by extension to imply that the millions of people who back this belief are, unwittingly at least, complicit in this toxic, fascistic phenomenon. Brexit is, of course, the opposite to fascism. It is a cry for national independence, something the Nazis loathed. It is a plea for a greater democratic say for ordinary people, something the Nazis actively sabotaged with their imprisonment or execution of their political opponents and their banning of political parties. It is an opposition to the centralisation of political power in Europe, to the kind of process the Nazis very clearly supported (in a different way to the EU, of course). To compare Brexit with Nazism is an act of colossal historical idiocy and profound political spite.

And it spreads hatred. Undoubtedly so. Mr Lammy has been open about his contempt for Brexit voters. Very soon after the referendum result was announced, he slammed the way in which this referendum introduced ‘rule by plebiscite’ which ‘unleashes the “wisdom” of resentment and prejudice reminiscent of 1930s Europe’. So just days after the referendum result was announced, Mr Lammy was talking about Brexit voters in the same breath as the Nazis. He was referring to their ‘wisdom’ in scare quotes, because he thinks we are not wise at all – he thinks we are thick as pigshit. He was accusing voters of being full of resentment and prejudice. And in doing all of this, he helped to lay the ground for the tsunami of elitist hatefulness that would gather and crash over the subsequent months and years.

If this was just a case of one politician losing it, it wouldn’t be worth commenting on. But Mr Lammy’s abandonment of political reason and historical rationalism speaks to a broader fraying of sense among the political establishment. We are now ruled by people who have been so rattled by Brexit, so taken aback by the plebs’ demand for a greater say in political affairs, that they are behaving in an increasingly unhinged and openly anti-democratic way. This is the final irony: they look at ordinary people and see a mad, unthinking throng, not realising that when we look back at them we see the exact same thing. The only difference is that we have evidence for what we see.