Stop this trans exploitation of children

At last, clinicians are speaking out about the rush to ‘transition’ gender-confused kids. 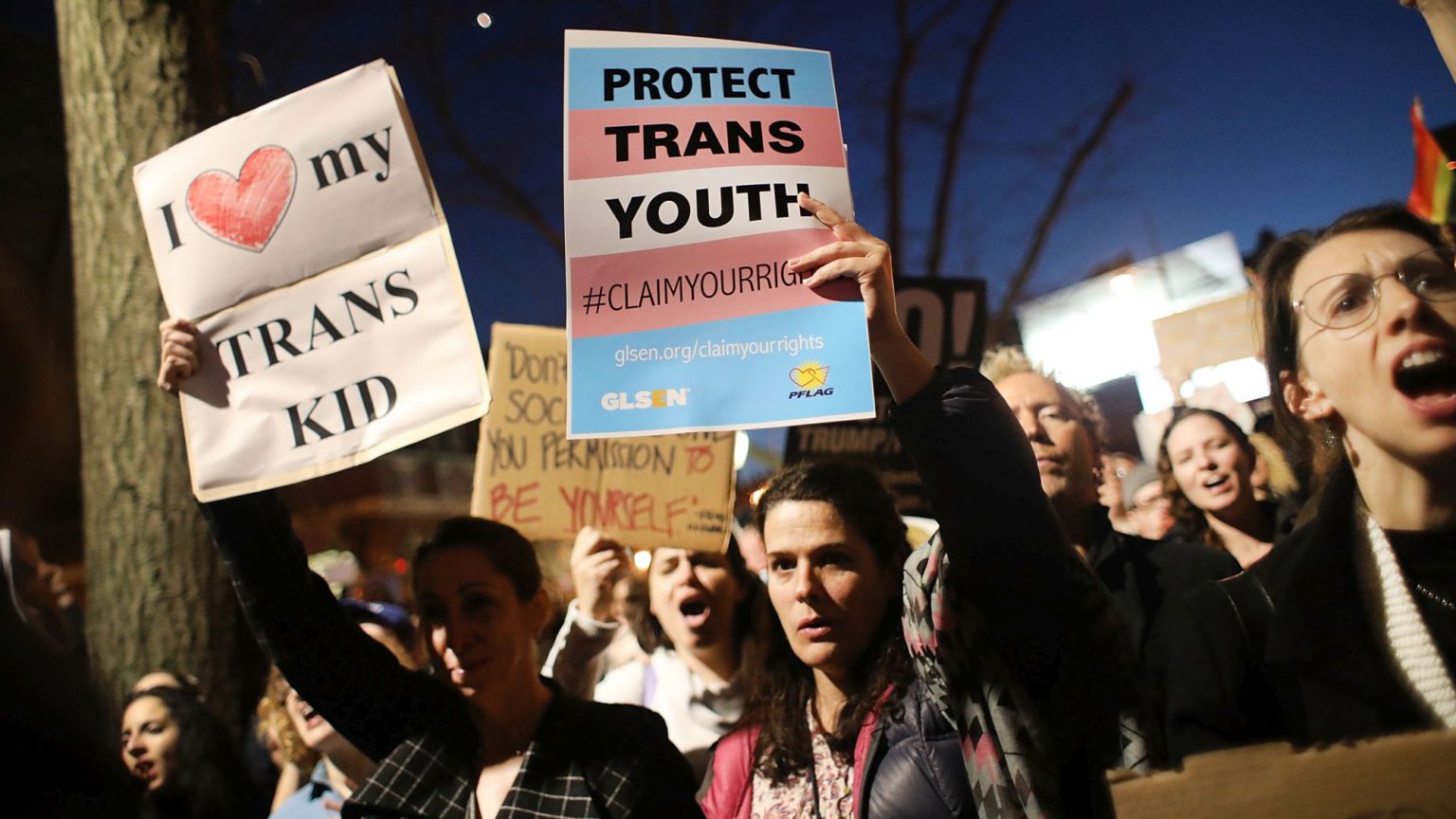 At last medical professionals are raising questions about the treatment of transgender children. For too long doctors, teachers and social workers have quietly conspired in a view that children who question their gender are trans and that they need to have this identity affirmed along with a new name and pronouns, different clothes, counselling, perhaps a medical referral, hormone therapy and, later, surgery. Now, finally, five clinicians from the NHS’s gender clinic for children, the Tavistock Centre, have gone public with concerns about the centre’s practice in interviews with Lucy Bannerman of The Times.

They question the impact of counselling that simply confirms a child’s gender confusion. They warn that vulnerable children and teenagers have ‘been sent down the path towards transition’ without sufficient time to assess whether this is the right course of action. Most damningly of all, they challenge the practice of prescribing children with hormone blockers to halt their sexual development. The long-term impact of this medication on a child’s brain is still unknown. Meanwhile, irreversible cross-sex hormones that lead to infertility can be prescribed to children from the age of 16. There would be outrage if any other group in society was being experimented on in this way. Yet for children, often very vulnerable children, the label ‘transgender’ means all ethical standards are abandoned.

One problem for the Tavistock clinicians is that well-funded advocacy groups like Mermaids provide resources and forums for parents and children to share information about the most effective way of securing particular outcomes in advance of any counselling. All those who spoke to The Times said they believed that transgender charities were having a ‘harmful’ effect by ‘allegedly promoting transition as a cure-all solution for confused adolescents’. In this way, adult campaigners exploit children to further their own agenda. The frequently quoted retort that it is better to have ‘a living girl than a dead boy’ is the most despicable and manipulative example of the kind of emotional blackmail that is sadly effective when it comes to securing medical interventions.

The clinicians now speaking out expressed concern that the label ‘transgender’ is often erroneously applied to children who may be struggling with their sexuality and would otherwise grow up to be gay or lesbian. They report that many children decided they wanted to change gender after suffering homophobic bullying, ‘yet these young people were still referred down the route of hormone treatment’. This seems to be a particular issue for young girls who find it far more socially acceptable to come out as a boy than to come out as a lesbian. Although gay conversion therapy is illegal, it is acceptable to ‘normalise’ children by turning them into heterosexual members of the opposite gender.

Sadly, charities such as Stonewall who have traditionally advocated for gay and lesbian rights are not calling out this new incarnation of discrimination. They are far too busy aligning themselves with the trans activists and calling out The Times coverage as ‘damaging and misleading’. Taking up the trans cause might justify Stonewall’s continued existence (and funding) now that there are few legal or cultural battles left to be won for gay rights, but once more we see children exploited for adult gains.

Yet rather than questioning the role of Stonewall or Mermaids, and rather than praising The Times for its public-interest journalism, Labour MP Stephen Doughty was among many activists and ‘allies’ who rushed to Twitter with accusations of bigotry and transphobia against the newspaper. Being labelled transphobic, alongside the bullying, intimidation and abuse that vocal proponents of the trans movement unleash, leaves many people too fearful to speak out.

There has been a huge increase in the number of children querying their gender identity. In 2010 there were 94 referrals to the Tavistock Clinic; by 2018 this had risen to 2,519. The youngest child referred was just three years old. Of course, these children need to be treated with the utmost compassion. These are undoubtedly troubled, vulnerable children. Some researchers have identified a link between autistic traits and confusion about gender identity; others point out that transgender children are more likely to self-harm. The medical professionals who spoke to The Times described the children who are referred to the Tavistock for ‘experimental treatment’ as ‘very vulnerable children, who have experienced mental-health difficulties, abuse, family trauma.’

The vulnerability of this group of children should be reason enough to avoid rushing into life-changing decisions. But parents who advise caution are all too often told by advocacy groups and health professionals that they are the problem. Schools allow children to change their name, pronouns and dress irrespective of the wishes of their parents. The ultimate sanction for parents who prevent their child from changing gender is that their child is removed from the parental home and put into care.

Sometimes, of course, it is not the children but the parents who need counselling. There is a huge difference between a troubled older teenager and a toddler or child still in primary school. Toddlers know nothing about the world – they are as likely to identify as a train as a member of the opposite sex. Parents of three-year-olds need to be told in no uncertain terms that if their son likes to wear a dress or their daughter likes to play with cars, then they have a perfectly normal child who needs to be nowhere near the Tavistock Clinic. By the same token, it would be helpful to these parents if teachers weren’t encouraged to confuse such young children by asking them to choose their gender.

The clinicians who have now spoken out about the rush to label and medicalise transgender children should be praised for starting a badly needed public debate. But we need to talk about far more than medical interventions. We need to ask why young people see changing gender as a positive thing to do and question the role of schools, advocacy groups, social workers and health professionals in promoting this view.