Standing up to anti-Semitism

Deborah Lipstadt provides a forceful reckoning with the new Jew-hatred. 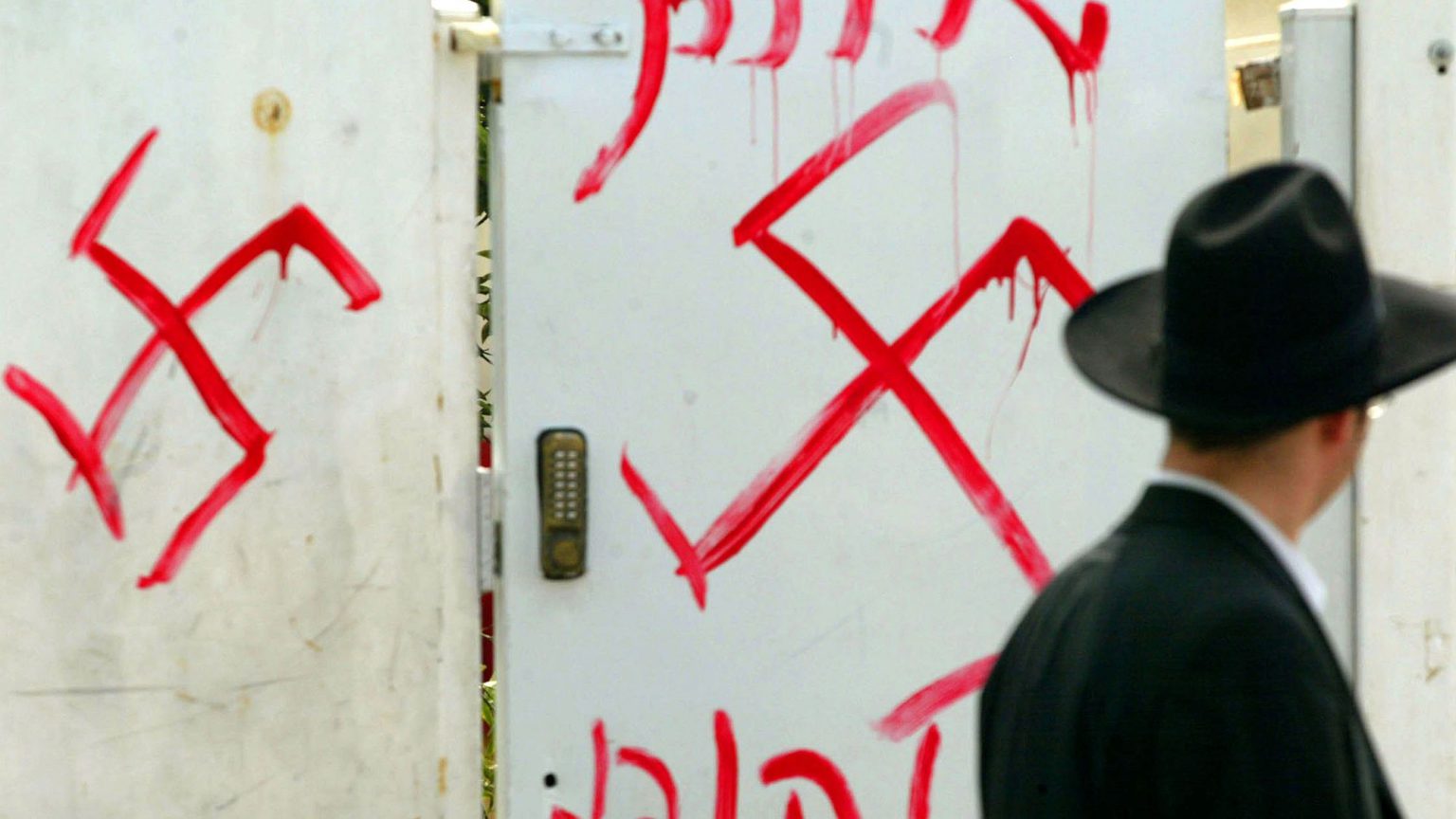 ‘As horrific as the Holocaust was, it is firmly in the past. When I write about it, I am writing about what was. Though I remain horrified by what happened, it is history. Contemporary anti-Semitism is not. It is about the present. It is what many people are doing, saying and facing now.’

Anti-Semitism is by no means a new subject for historian Deborah Lipstadt. She has dedicated most of her academic life to studying and writing about Jewish history and the Holocaust in particular. Yet, in the preface for Antisemitism: Here and Now, she admits that she found this book to be a particularly ‘challenging project’ precisely because she was no longer dealing with historical events. She was tackling anti-Semitism in the present, and speculating about the future.

Sadly, it does feel like a very necessary book. Across the Western world, there have been significant increases in anti-Semitic vandalism, verbal abuse and violence, not to mention several horrific acts of murder in Europe and the US. Even on a personal level, I’ve had more than one non-Jewish friend ask me recently, ‘Why is anti-Semitism on the rise?’.

This is one of the questions Lipstadt attempts to answer. Focusing on the past 10 years, she explores the circumstances surrounding the rise in anti-Semitism. She covers anti-Semitism on the right and left of politics; Holocaust denial; issues within the Islamic world; and problems faced by pro-Israel students on campus. She also navigates the murky waters between anti-Zionism and anti-Semitism.

Having interviewed Lipstadt a few years ago, I expected the forthrightness and clarity of this book. But I didn’t expect the format. It is written as a series of letters between her and two fictional characters: Abigail, a Jewish student, and Joe, a non-Jewish colleague. She describes the characters as ‘composites of many people who have turned to me during the past few years to express their confusion, worries and distress about anti-Semitism in general and what they are personally witnessing’.

And the format works. It not only makes a difficult and inflammatory topic far more approachable – it also allows for subtler, less obvious issues to be broached. Abigail raises questions about her experiences of unintentional anti-Semitism, such as having friends assume she will always be interested in a sale. Such instances are the result of well-meaning people unknowingly internalising anti-Semitic stereotypes, says Lipstadt. She suggests the only way to deal with it is head on, by politely explaining the problem to the person in question.

Lipstadt begins Antisemitism by referring to anti-Semitism’s conspiratorial nature, reminding her readers why it is so difficult to rebut. ‘It is hard, if not impossible, to explain something that is essentially irrational, delusional, and absurd’, she writes. ‘That is the nature of all conspiracy theories, of which anti-Semitism is just one.’

She is right to underline this point early on as it is a defining feature of anti-Semitism, and one which sets it apart from other prejudices. Lipstadt says ‘we cannot convince the conspiracists’, but she refuses to be pessimistic. She suggests that we can, through education, ‘create firewalls’ between conspiracists and those they may influence.

When it comes to the ongoing battle between left and right over which side bears the greater responsibility for the rise in anti-Semitism, Lipstadt puts both sides in their places. So, in a response to a letter from Oxford students asking her to settle this left-v-right dispute – with the letter citing US President Donald Trump as the right-wing cause and Labour leader Jeremy Corbyn as the left-wing cause – she provides a thorough analysis of both sides and hopes her answers ‘leave both those on the right and the left discomforted’.

She is particularly illuminating when it comes to Jeremy Corbyn and anti-Semitism in the Labour Party. Addressing the question that many British Jews will have asked themselves since Corbyn became party leader – is Corbyn an anti-Semite? – Lipstadt says that this is the ‘wrong question’:

‘An unequivocal yes’ is the answer to all of these questions, says Lipstadt.

An incisive chapter draws parallels between Western appeasement of radical Islam and Western appeasement of anti-Semitism within the Islamic world. As an example, Lipstadt references the case of Salman Rushdie, and the fatwa issued against him by Iran following the publication of his 1988 novel The Satanic Verses. Lipstadt describes the reaction to the fatwa of many non-Muslim leaders and commentators in the West as a ‘yes, but’ attitude, ‘condemning the death sentence (yes, it is horrible) while at the same time trying to rationalise it (but he brought this on himself by blaspheming Islam)’.

Similarly, says Lipstadt, Israel’s actions against Palestinians are used as an excuse by non-Muslims to rationalise anti-Semitism within the Islamic world. ‘“Yes, but” is the top of the slippery slope of immoral equivalence’, warns Lipstadt.

Lipstadt is a famous advocate for free speech. In Antisemitism she writes about the constant battles Jewish and pro-Israel students face on campuses as they come up against Israel boycotts, and attempts to shut down events with Israeli speakers. However, she warns against calls made by some Jewish organisations for legislation to decide when anti-Israel speech crosses the line into anti-Semitism; equally, she is opposed to campus movements that seek to curtail ‘offensive’ speech. Lipstadt reminds us that ‘throughout history Jews have thrived in societies with robust freedom of expression’. Moreover, free speech is an essential tool for fighting prejudice: ‘It’s in the free exchange of ideas that the truth is brought to light and prejudice and intolerance are revealed for what they are.’

Throughout the book, Lipstadt is careful to strike a balance between warning and overreacting. She is unequivocal about anti-Semitism today: it is indeed serious ­– especially in Europe. But while it must be given serious attention, she cautions against panic and is robust on her point that comparisons between anti-Semitism today and anti-Semitism in 1930s Nazi Germany are incorrect. The rise in anti-Semitic incidents today, although deeply disturbing, is not comparable to the state-sponsored anti-Semitism of pre-Second-World-War Germany, says Lipstadt.

She is also adamant that Jews must not define themselves through their oppression, nor be seen as perennial victims. A Jewish life is one of community and culture, she reminds readers, and one that is thriving in many countries.

It is unavoidable that much of the book makes for a depressing read. Still, I finished it feeling lighter. Perhaps this is because, as Lipstadt says, ‘action starts with understanding’. Anti-Semitism is such a complex, troubling and, for some of us, personally disturbing subject, that it can seem impossible to know where to begin when it comes to untangling its roots and combating it. In such a dark and complicated area of contemporary life, Lipstadt’s is a welcome voice of clarity.

Antisemitism: Here and Now, by Deborah Lipstadt, is published by Scribe UK. (Buy this book from Amazon(UK).)