Knife crime and the collapse of adult authority

Simplistic explanations have dogged this discussion for too long. 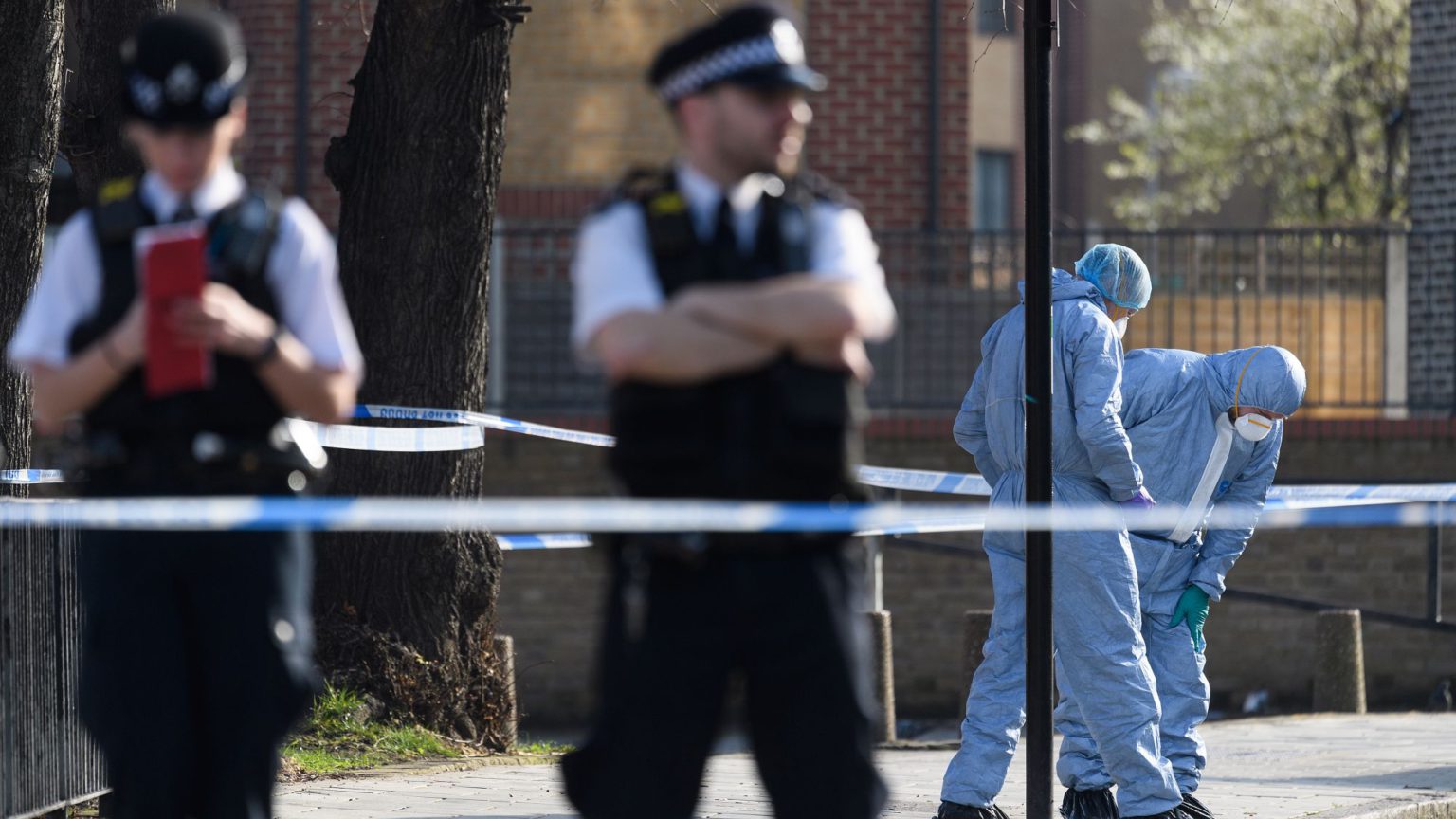 So far in 2019, there have been 13 murders in London and five of the victims were teenagers. In 2018, the homicide rate in London hit a 10-year high of 154 killings, and more than a fifth of the fatalities were children and teenagers. It is not just London, either. Knife attacks on teenagers across the country are reported to be up by 93 per cent in five years. Hospitals report that the number of children aged 16 and under admitted for assault by a knife or sharp object rose by 93 per cent, from 180 admissions in 2012/13 to 347 in 2017/18.

Teenagers are not just victims of knife crime — they are perpetrators, too. Fatal knife attacks committed by those aged 18 or under are reported to have risen by 77 per cent between 2016 and 2018, from 26 to 46 deaths. Non-fatal knife attacks have also reportedly increased: the number of robberies by a teenager with a knife are said to have risen by over 50 per cent in the past two years.

Clearly, violent crime is not new. Homicide rates were higher in the early 2000s than they are today. But stabbings are on the rise. In the year ending March 2018, there were 285 knife and sharp-instrument homicides, the highest number since the Home Office Homicide Index began in 1946. The previous high was in March 2008, when 268 such killings were recorded.

It is worth noting that hospital data shows that the number of teenagers admitted for assault by a knife or sharp object peaked in 2006 and then fell consistently until 2015. There has been an increase in knife attacks since this time, but, even today, most violent attacks do not involve weapons and most perpetrators of knife crime are over the age of 18. Another moral panic about the behaviour of children won’t help anyone.

But this does not preclude a level-headed discussion about why, after years of decline, the number of teenage victims and perpetrators of knife crime is on the up once more. Sadly, despite the recent increases in stabbings, despite statistics being used to present these increases in the most dramatic light, and despite the press appetite for such stories, a proper debate about what is happening and why is notably absent.

We are called on to empathise with the families of the victims; coverage presents us with pictures of crying friends and grieving relatives, pictures of flowers and teddies left at the crime scene, and screenshots of heartfelt Facebook tributes. But anger with the murderers has been far more muted.

Instead, commentators ask us to see teenage perpetrators of knife crime as victims, too. They are presented as victims of gangs and criminal exploitation, subject to coercion and with little control over their own actions, or alternatively as victims of austerity who turned to drug dealing and knife crime because youth clubs have closed down. This call for sympathy risks letting violent criminals abdicate responsibility for their actions and prevents us digging deeper in search of explanation.

The increase in knife crime has been blamed on cuts in police numbers. Yet as soon as we begin to look more closely at the impact of changes in policing we are told that ‘stop and search’ powers are used disproportionately on black people and that there is ‘limited evidence of the effectiveness of stop and search in reducing crime’.

Others identify a link between knife crime, gang membership and school exclusion. Pupil-referral units, places that excluded children are sent to in order to continue their education in some form, are criticised for being so woefully inadequate that they act as recruiting grounds for gangs. Exclusions, we are told, build a ‘school-to-prison pipeline’.

In January, columnist Rod Liddle prompted a social-media meltdown with his suggestion that absent fathers were to blame for violence among black and Asian youths. Liddle was labelled a ‘white nationalist’ and a ‘national disgrace’ for discussing knife crime in relation to race and pointing to the breakdown of the family as a cause of criminality. Yet, as Trevor Phillips has argued, race is part of the knife-crime picture. In London, two thirds of those aged under-25 charged with knife possession in 2017 were non-white. As Phillips suggests, ‘Failing to point this out impedes the fight against these crimes – and imperils yet more children of colour’. And, as Tony Sewell notes, ‘the black ethnic group has the highest proportion of lone parent households, at 13 per cent’.

On their own, each of these explanations is inadequate. More money for schools, more youth clubs and more police patrolling the streets would be welcome. But knife crime was higher before cuts to youth services or police numbers were made, and there is no reason to believe an increase in spending now would have a significant impact on violent crime. Family breakdown is also by no means unique to the black community, and plenty of people raised in single-parent households do not grow up to be criminals.

There is certainly a huge need for more and better quality provision for children excluded from school. But the argument that exclusion leads seamlessly to prison assumes teenagers were not behaving violently prior to being excluded. Exclusion may be the result, not the cause, of gang membership. Exclusion is usually a last resort when all other measures to improve behaviour have failed, and keeping the child in school will risk the safety or harm the education of every other child.

Yet what the response to all these thwarted discussions and attempted explanations shows is the extent to which collective adult authority has been eroded. Police are reluctant to exercise stop-and-search powers in case they are accused of racism. Teachers are warned not to exclude badly behaved pupils in case doing so leads to their imprisonment. We are reluctant to name black teenagers or lone-parent families in case we are accused of bigotry. Doing what is considered politically correct – not discussing race, keeping violent children in school – comes to replace what is morally correct: keeping all children safe from violence.

For teenagers, this means that rather than relating to adults as a collective source of authority, prepared to get tough on bad behaviour, they see adults as random individuals unable to agree among themselves where boundaries should lie. Rather than accepting responsibility for their actions, they learn that perpetrators of crime are victims too and nothing they do is sufficiently wicked to be condemned. If, as adults, we are unable to have a frank discussion about the problem of knife crime, then we stand no chance of stopping it.