If he wants to win, he needs to stop giving in to millennial idiocy. 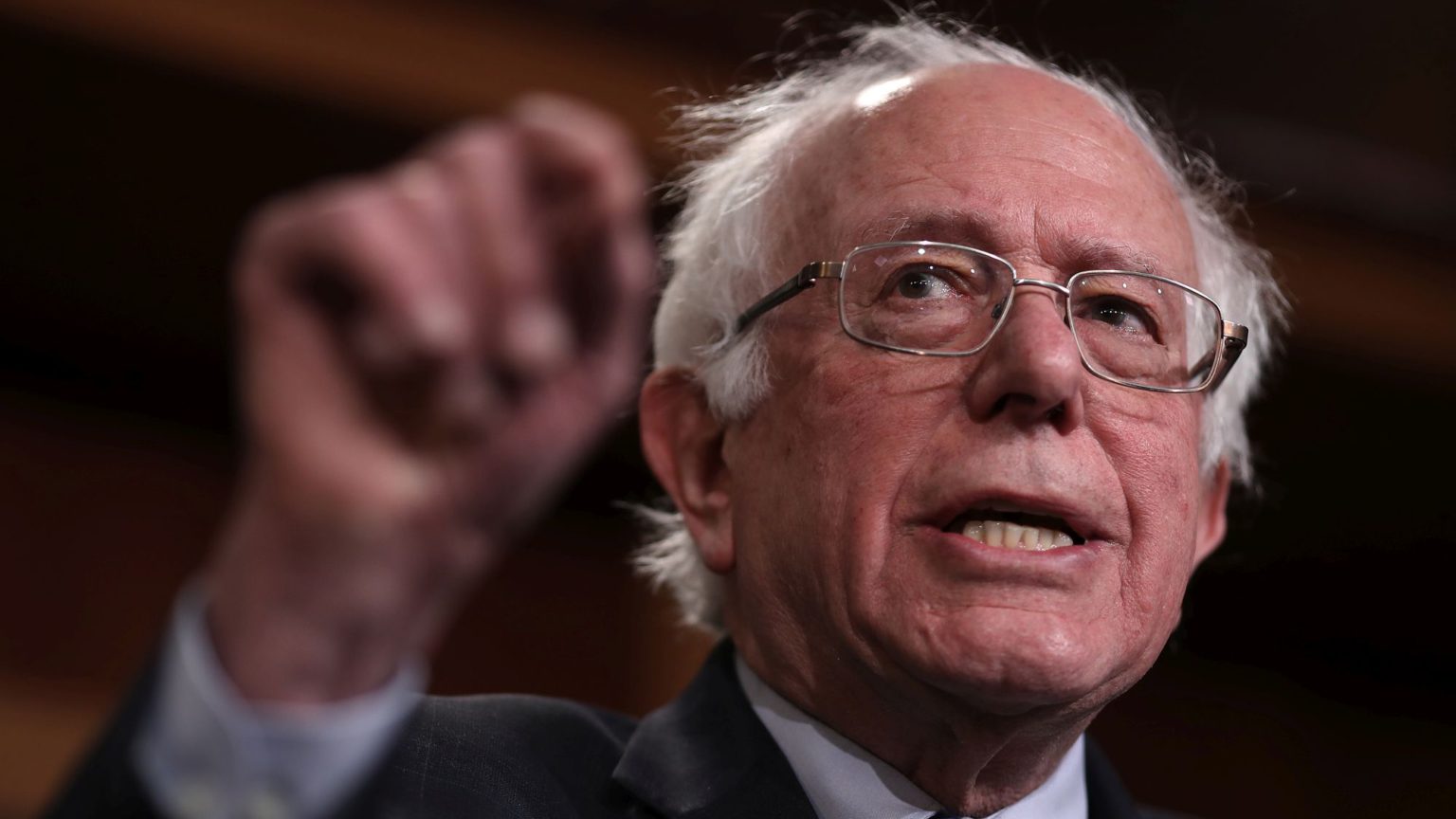 Bernie Sanders enters the 2020 Democratic presidential primary race as the clear ‘frontrunner’ by most traditional metrics, which is an odd position for him. Having spent much of his career as a gadfly outsider, Bernie is only recently having to adjust to the bizarre new reality, which is that he commands more leverage than just about anyone else in American politics. And while the themes of this newest campaign are basically consistent with what he’s been saying for decades – sometimes, admittedly, to the point of tedium – there are also signs that he’s adjusting to ‘front-running’ status with concessions to establishment orthodoxy that could easily become self-defeating.

Take, for instance, the notion of ‘Bernie Bros’ – a searingly stupid online myth that was originally cooked up by pundits during the 2016 primaries as a way to malign him for the purportedly abusive social-media behaviour of anonymous trolls. Literally, as ridiculous as it sounds, that’s what these pundits did: they trawled Twitter, Reddit and so on for examples of mean comments from allegedly women-hating Bernie backers, and then concocted this into a narrative that was supposed to reflect badly on the candidate himself.

One can only reach the conclusion of ‘Bernie Bros’ representing some genuine social menace if one has an absurdly myopic view of the world, and elevates the algorithmic peculiarities of one’s own online feeds as somehow emblematic of American political discourse writ large. Those who would attempt to weaponise this fundamentally ludicrous logic – again, the idea that presidential candidates are in any way remotely responsible for what their supporters say and do online – are either cynical or deluded, and legitimising their paranoia is a surefire road to ruin.

Yet that’s exactly what Sanders has begun to do. By issuing directives for supporters not to engage in ‘bullying and harassment of any kind’, he is only ensuring that this phony issue gets blown up even further, and he needlessly exposes himself to additional avenues of attack. Every dimwitted pundit knows that ‘bullying and harassment’ are highly subjective, malleable concepts, and ordinary heated political debate can easily get portrayed as such. Doubtless, Bernie will be regularly called upon to ‘disavow’ some frivolous internet remark made by one of his ostensible supporters: a vicious cycle made possible because Bernie has already given license to the purveyors of this stupidity.

Furthermore, the notion that his supporters are uniquely inclined to online viciousness has never been supportable by anything resembling empirical data, and even if it were the case: honestly, who cares? We have reached a point where incomprehensibly nonsensical stuff like this is actually being presented as a bonafide campaign controversy. Sensible people should just reject on principle that there is any legitimacy behind this discussion whatsoever. School-marm policing of social-media conduct is in no way the proper role of candidates for elective office!

Another red flag is Bernie conceding during his first round of post-announcement interviews that his 2016 campaign was ‘too white and too male-oriented’. While it is true that Sanders must necessarily assemble a large, diverse coalition if he wants to win the Democratic nomination, pandering of the sort foretold here has the potential to be extraordinarily awkward, and potentially even electorally hobbling. Once again, he vindicates the criticisms of his most dishonest detractors, most of whom are never going to be mollified by whatever inorganic racial or gender appeals he is pressured into making. And anyway, his class-based message is what was essential to his appeal in the first place. Straying from that risks jeopardising what gained him such a formidable following last cycle. You get the impression that he has been successfully indoctrinated by aides and consultants, drawn disproportionately from liberal-arts graduate schools, who think the main flaw with Bernie is that he fails to meet some imaginary quota for sufficient proficiency in latter-day ‘intersectional’ rhetoric. Never mind that the policies he advocates are disproportionately beneficial for non-white racial groups – it is the rhetoric these hen-peckers are endlessly fixated on, as if anyone cares beyond their heavily stratified elite social club.

The harsh reality: idiot millennial advisers increasingly surround Bernie. He surely accepts their identity-based chastisements with great solemnity and respect. But he is better off just ignoring them. Because if he sincerely thinks, or has been advised, that offering these piffling concessions is actually going to insulate him from bad-faith attacks, he is sorely mistaken. Rather, offering any validation whatsoever to the preposterous logic underlying such attacks will only give more ammunition to his most reprehensible antagonists. And anyway: he garnered literally historic rates of support among people under 30 during the last campaign. If anyone should be doling out advice on how to ‘appeal to young people’ or whatever, it should be him, not some inane Twitter-obsessed consultant.

Also in the red-flag department: his recent comments on Venezuela, which came across as insincere and mealy mouthed. Whatever you believe about the current situation there, it is laughable to think that Bernie – who once organised a lecture by Noam Chomsky on the horrors of US foreign policy in Latin America – would suddenly be on board with the Trump administration’s overt efforts to engineer a coup. Yet his statement over the weekend gave credence to the obviously duplicitous manoeuvre by the administration to bring ‘humanitarian aid’ into Venezuela, which is just a barely disguised pretext to overthrow the government. By equivocating in this manner, Bernie not only acquiesces to the broader regime-change enterprise, he makes himself look foolish and inconsistent. And his most precious political resource, arguably, is the appearance of consistency: the same message, over and over again, for decades. Nobody seriously thinks that giving the green light to a government-toppling scheme orchestrated by Mike Pence, John Bolton and Elliott Abrams – the latter of whom personally oversaw some of the very same Reagan-era atrocities in Latin America that Bernie once inveighed against – is consistent with his prior beliefs.

Red flags notwithstanding, Bernie is still the likeliest person to win the Democratic nomination at this juncture. Much could change, but the pieces are in place for a dramatic realisation of the ‘revolution’ he champions – which not long ago would have been a crazy pipe dream. Enough red flags, though, and the entire thing could derail.

Michael Tracey is a journalist.