What next for the populist revolt?

People have rattled the elites – now they need to go further. 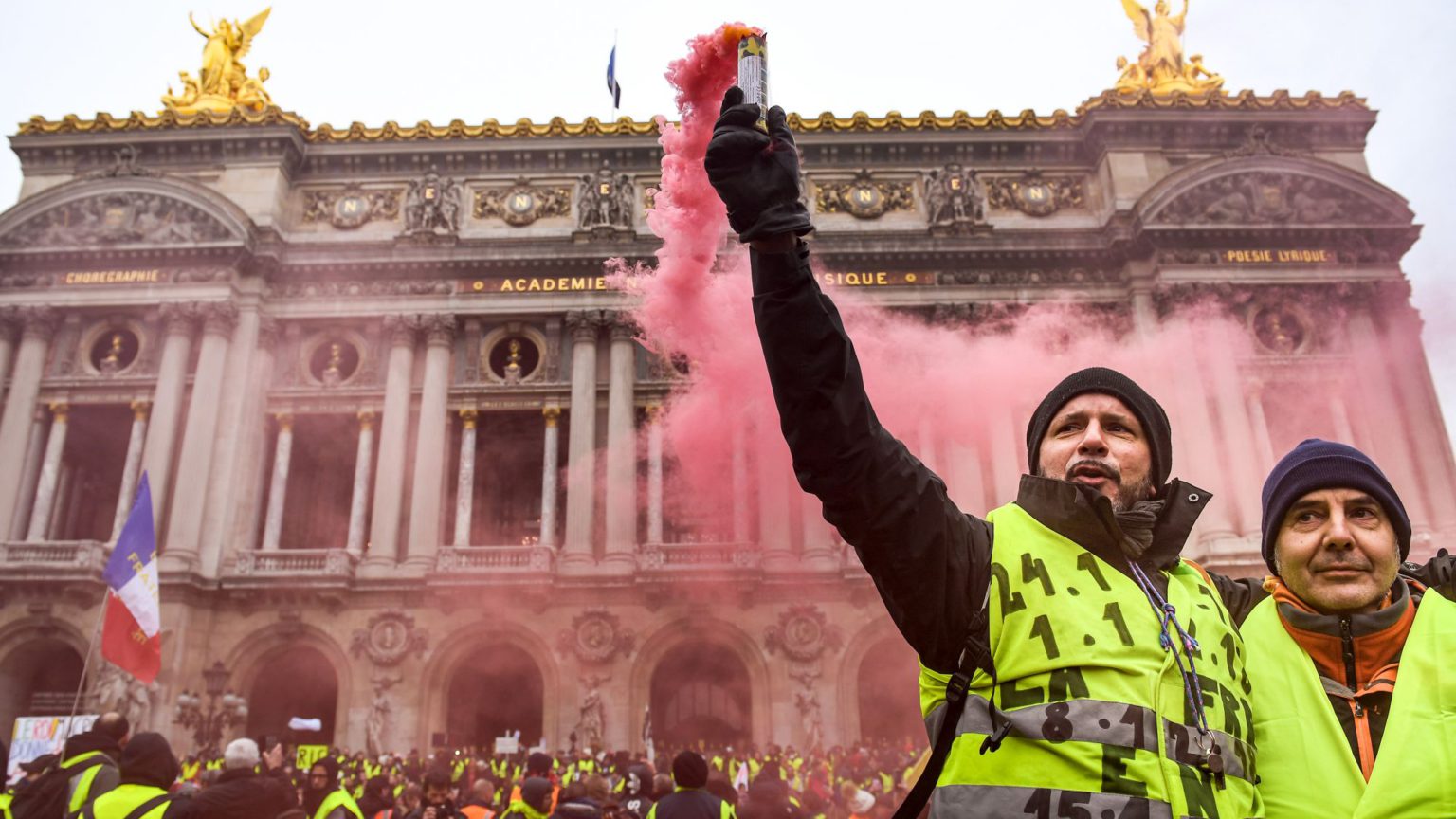 In the West in 2018, we witnessed the intensification of a new conflict – that between anti-populist political elites and a growing grassroots movement that is hostile to these elites.

Many commentators have interpreted this conflict in classical economic language. This is fundamentally a struggle over the distribution of resources, they claim. Even an astute commentator like Fareed Zakaria, who recognises that the ‘yellow vest’ protests in France are underpinned by profound cultural tensions, especially between rural and urban France, is nevertheless drawn towards a narrowly economic explanation. ‘It’s part class, part culture, but there is a large element of economics to it as well’, he says.

Zakaria’s commentary – titled ‘The new dividing line in Western politics’ – is a good illustration of today’s widespread reluctance to face up to new cultural and political tensions, to recognise that people are moved to protest these days by concerns that do not fit into the 20th-century model of socio-economic class struggle.

The best way to view the current populist moment is as a delayed response to the top-down cultural revolution that occurred in the Seventies. In that decade, new attitudes towards marriage, family life, relations between the sexes, the role of the nation and the meaning of citizenship came to be codified in many Western societies. By the beginning of the Eighties, new forms of cultural authority had been established by the political elites.

This so-called cultural turn is often attributed to the influence of ‘Cultural Marxists’ burrowing away in universities. But this analysis overlooks something important – that the cultural turn took place right under the noses of Thatcher and Reagan. It was in their era that the new post-Sixties cultural values were institutionalised by Anglo-American cultural elites.

In retrospect, it seems clear that the anti-traditional cultural turn that occurred under the watch of the Thatcher / Reagan political order was an attempt by Western political elites to establish a new foundation to their authority. Most strikingly, the emergent cultural oligarchy perceived themselves as mediators and gatekeepers in a globalised world where public life is impacted on by issues and problems that supposedly transcend the nation state and national control.

They devoted much energy to de-nationalising public life, and delegitimising the attitudes and values held by citizens. This was the era when the dogma that there is no alternative to globalisation really took hold. The belittlement of sovereignty – both national sovereignty and popular sovereignty – was a central task of the new cultural establishment. In a very short period of time, many people found that their long-held belief in the values of community, nation and family was being dismissed as outdated, irrelevant and even prejudiced.

We witnessed the pathologisation of customary attitudes towards family, community and human relationships. And the end result has been the crystallisation of a powerful sense of cultural insecurity in European societies. Over the past two or three decades, significant sections of European societies have been dispossessed of the values they lived by and which made great sense to them. Many of them felt silenced and defensive about voicing their concerns. They felt unable to raise their reservations about multiculturalism, diversity, immigration and the sacralisation of identity politics. In comparison to the younger generations – who are often influenced by the cosmopolitan ethos that is dominant in their schools and universities – older citizens felt culturally insecure and sometimes helpless. Those who lived outside the culturally privileged, globalist urban neighbourhoods felt very strongly that their way of life was despised and scorned by the new cultural elites. They felt like strangers in their own homes.

Most establishment commentators are reluctant to face up to the scope and nature of the current culture war in Europe. That is because disputes over values are more intractable than conflicts over resources. Values pertain to the meaning of life itself. Not even the most skilled negotiator can resolve the tension between someone who has a patriotic outlook and someone else who despises national sentiments. It is far easier to find a compromise in the sphere of industrial relations than it is to find a middle ground between two fundamentally different approaches to life. Values have become politicised to the point where there is little room for negotiation.

Meanwhile, the new elites have tried to de-politicise certain public-policy issues. Why? Because they know their policies go against the grain of public sentiment. So they portray migration as strictly an economic issue, never a political or moral one. They frame their arguments against Brexit entirely in economic terms, overlooking the political and cultural drivers of the movement against the EU.

Both the old and new left have adopted this line of economistic thinking. Typically, left-wing commentators describe protests like those in France as being driven essentially by economic grievances. They frequently criticise working-class and populist movements for not understanding their real economic interests and being too obsessed with issues of cultural insecurity. This idea that supporters of populist movements are not able to grasp their own ‘true’ interests, and are being led astray by wicked demagogues, is a left-wing version of the classical anti-democratic ethos that has prevailed since the days of Ancient Greece.

Whether the positive, democratic potential in the new populism can be developed further remains an open question. As the protests in France show, people are searching for a language through which they might express their very 21st-century form of solidarity. But they seem to lack the intellectual resources and leadership necessary to give their aspirations clarity. In the UK, millions feel empowered by the vote for Brexit. But none of the political parties represents their interests; the pro-Brexit majority is bereft of an institution that might enforce its ideals.

Unless populism can develop greater political clarity, and develop an inspiring view of democratic citizenship, it will struggle to make progress. In face of the considerable power of the political and cultural establishments, it can only advance if it develops a coherent alternative to the values of the prevailing order. There is a lot at stake in the coming years. An enlightened, democratically informed version of populist politics is what we need.