Britain, Europe and decades of deception

Europhile politicians integrated Britain into the EU by stealth. Brexit was inevitable. 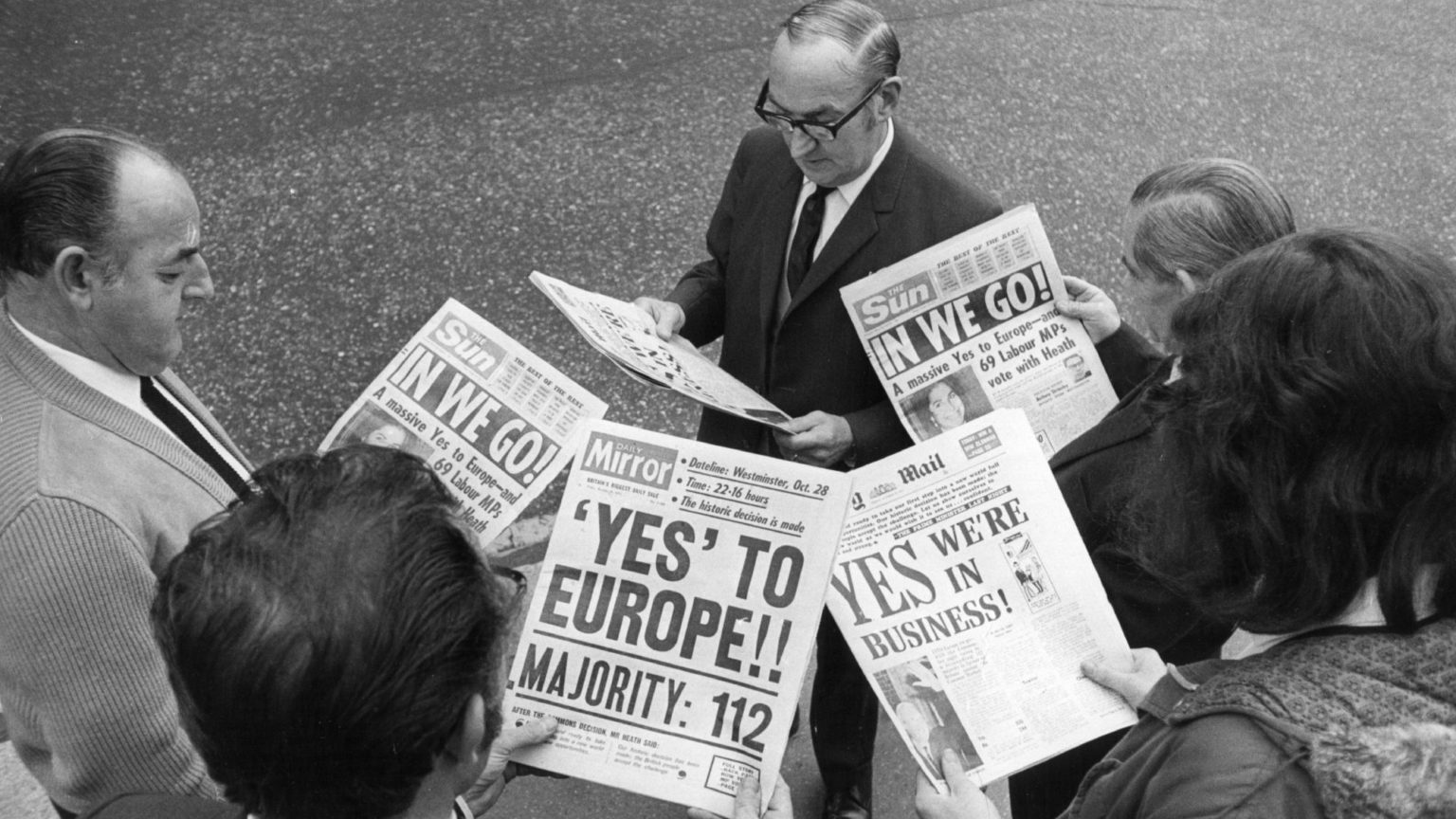 After the British electorate voted to leave the EU in June 2016, the search began among the elite for someone to blame. Then prime minister David Cameron was singled out for allowing the referendum to take place at all. The leaders of the Vote Leave campaign were accused of misleading the public.

In reality, the 2016 referendum result was a natural response to decades of massive constitutional change, undertaken without the express consent of the British people. By the time Brits were given a vote on EU membership, they had long decided that enough was enough.

To understand this, we have to cast our minds back over how Britain came to be in the EU in the first place.

In 1972, the UK, Norway, Ireland and Denmark sought to ratify the Treaty of Accession and join the European Community (EC), the forerunner to the EU. Norway held a referendum, but the public rejected membership. The UK, under Edward Heath, brought forward legislation to accede to the EC without consulting the people. Heath did so partly because he knew he would lose: polling following the accession showed the people were against it by almost two to one.

As the European Communities Bill passed through parliament, several politicians acknowledged that the public was opposed to going into the EC. Nicholas Ridley MP said at the time: ‘There is an opposition from the people, a lack of full-hearted consent to the terms, which makes it wrong for the government to drive on into Europe.’ Despite such reservations, the bill passed. The UK joined the European Community without the expressed consent of the public.

In 1974, the Labour Party won power with a manifesto promising a referendum on EC membership. The vote was set for 5 June 1975. The Yes campaign was aware that it had to change public sentiment towards the EC, and set about trying to do so in a variety of ways.

Project Fear was deployed for the first time. Labour MP Peter Shore summed up the Yes campaign lines in a speech at the Oxford Union: ‘Fear that we won’t have any food. Fear of unemployment. Fear that we have somehow been so reduced as a country that we can no longer totter about in the world independently as a nation.’

The fearmongering was accompanied by persistent dishonesty regarding the true aims of the EC. It was presented as nothing more than a ‘Common Market’. Government advice was that ‘there is no question of Britain losing essential sovereignty’, despite ‘ever-closer union’ being one of the stated objectives of the Treaty of Rome, which Heath signed in 1973.

The British voters chose to stay in the EC by an overwhelming 67 per cent in the 1975 referendum. It would be the last time we were directly consulted on the issue until 2016.

Although voters in the 1975 referendum were promised that British sovereignty wouldn’t be compromised, work began to integrate the UK further into Europe. In 1978, Labour PM James Callaghan eyed joining the forthcoming European Exchange Rate Mechanism (ERM), the EC’s system for linking the values of different currencies. The UK did not join the ERM initially, but in the late 1980s the Treasury started a similar policy of ‘shadowing the Deutschmark’. In 1990, then chancellor John Major signed the UK up to joining the ERM, in the final few months of Margaret Thatcher’s premiership.

It ended in disaster just two years later. On 16 September 1992, ‘Black Wednesday’, the UK government was forced to withdraw, after it was unable to keep the pound above its agreed lower limit.

The European Community became the European Union via the Maastricht Treaty in 1992. Many member states, including France, Denmark and Ireland, held referendums on Maastricht (as was required by their respective constitutions). There were calls for a referendum in the UK as well. At the time, the constitutional expert Vernon Bogdanor made the case that the public should vote on the Maastricht Treaty: ‘MPs are entrusted by the electorate with legislative power, but they are given no authority to transfer that power. That authority requires a specific mandate from the people.’

But such appeals were ignored, and Maastricht was ratified in 1992, without public consent.

During the New Labour years, the European Constitution, which would consolidate Brussels’ power, arrived on the agenda. In April 2004, prime minister Tony Blair told parliament that it should debate the European constitutional question ‘in detail and decide upon it. Then let the people have the final say.’ He made a referendum a 2005 manifesto commitment.

But the constitution was rejected by French and Dutch voters in 2005, and so the British referendum never took place. The Constitutional Treaty was simply repackaged as the Treaty of Lisbon, and was pushed through in 2007. Although the Lisbon Treaty was almost identical to the Constitutional Treaty, it was presented by the EU as an amendment to the Maastricht Treaty. The position of the Labour government was that national referendums on ‘reform treaties’ were not required.

Parliament ratified it in 2008. Further integration with the EU was agreed, and the primacy of law transferred from London to Brussels.

Ever since we joined what we were told was a Common Market, pro-EU politicians have sought to avoid direct consultation with the British electorate regarding the EU. The UK was integrated into the EU by stealth. The 2016 EU referendum was the first time the British people were given a chance to vote on Europe since 1975. In the intervening decades, British sovereignty had been diluted time and again — precisely what politicians said would not happen.

Is it any wonder the UK voted for Brexit?