AKK: Merkel by other means

German voters want change, but the CDU is offering them more of the same. 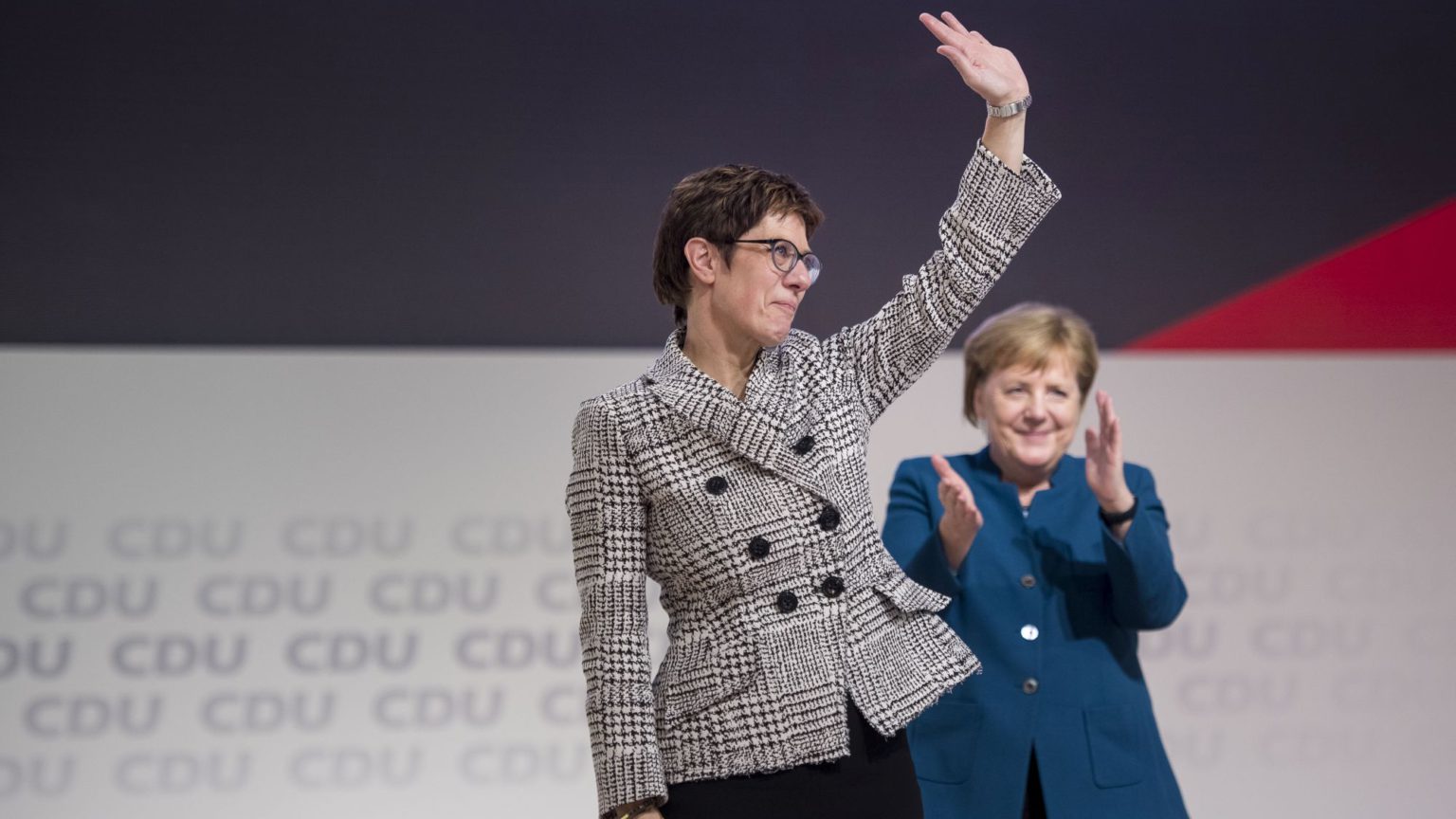 Germany’s ruling party, the Christian Democratic Union (CDU), has elected a new chairwoman. For the first time in 18 years, her name is not Angela Merkel, but Annegret Kramp-Karrenbauer, or AKK, as the press calls her. AKK secured only 517 out of 999 votes from party members, while her opponent, Merkel critic Friedrich Merz, won 482. Never before has any CDU leader taken office with such a poor base of support. Some commentators say her election marks the start of a new era. But they overestimate the CDU, and the stand-off between the pro- and anti-Merkel factions that characterised the party convention.

‘Somehow, Merkel hasn’t really left’, ran a headline in Tagesspiegel after the vote, referring to AKK’s closeness and similarity to the chancellor. AKK is ‘Mini-Merkel’, her protégé, and she has taken up Merkel’s style of politics. As such, she avoided potentially polarising issues in the run-up to the party congress and went on what she termed a ‘listening tour’ of the party. Compromise and unity became her battle cry. ‘Her support for the minimum wage… has won her the respect of those on the left. Her championing of family values and opposition to gay marriage are appreciated by those on the right’, says Handelsblatt. Similarly, Merkel championed the minimum wage in 2013, and abstained on the gay marriage vote in 2017 to appease her conservative CDU members. What we are getting with AKK is more of the same with another name.

AKK’s opponent, Friedrich Merz, was once Merkel’s arch-rival. He was, in this election, the last hope of the conservatives. Merz was once an important party figure, but left politics in 2009 to earn a good living as a consultant and a finance lawyer. But his turn away from politics was preceded by a series of power struggles that began in 2002, when he was ousted as the leader of the parliamentary group by Merkel, who claimed his post. For the conservatives, he remained a hero and the anti-Merkel standard-bearer, a critic of her immigration policy, green leanings, lack of principle and power tactics. His sudden revival recently – he announced his candidacy only weeks before the election – was presented as a coup. One newspaper cartoon fittingly depicted him as a ghost rising from his grave to pursue the chancellor.

The leadership election, then, became a referendum on Merkel. But this stand-off does not represent some kind of democratic revival of the CDU, as some have claimed. This is an unresolved power struggle that hasn’t created any truly new ideas. By choosing AKK, the party has opted for the continuation of the old ways by other means, as one commentator put it. The CDU, which has dominated German postwar politics, decided to stick with the status quo.

But the conservatives also proved themselves weak and devoid of ideas – even at the time of Merkel’s great weakness. The fact that they needed to resort to Merz, a politician who left the stage a decade ago, shows how stuck they are in the past. Merz, once a high-spirited and intelligent speaker, didn’t come across as convincing in the campaign. When he was criticised for questioning Germany’s constitutional guarantee to asylum, he rowed back and hid behind legalistic arguments. His pro-finance and pro-EU stance also didn’t help.

Only hours after the vote, there was talk of splits. AKK’s victory was ‘a severe disappointment’ for those who had hoped for a political turnaround, Alexander Mitsch, leader of the conservative wing of the CDU, told Die Welt. Several delegates had already terminated their party membership or were contemplating doing so, he claimed. But an immediate break-up of the party is unlikely. Most of those who wanted to leave have done so already. Since 1990 the party has lost over 45 per cent of its members.

For now, the establishment is trying to downplay the party’s divides. In her conference speech, AKK urged delegates to preserve the CDU as a broad-based political force, calling the party the ‘last unicorn’ in Europe’s polarised political landscape. Wolfgang Schäuble, former finance minister under Merkel turned Merz supporter, joined the appeals for unity: ‘Whoever now contemplates a return match or even revenge is in the wrong.’

But the CDU is unable to resolve its internal strife. The question now is whether this will cost them at the ballot box. Some commentators have already proclaimed AKK the new chancellor. ‘Given the party’s dominant – if recently weakened – position in German politics, Ms Kramp-Karrenbauer will also succeed Ms Merkel as chancellor by 2021 at the latest’, says a writer for the New York Times. That is, to say the least, premature and arrogant.

Voters are looking for alternatives – only 26.8 per cent voted for the CDU in the last federal election. At some point, we will notice that there are no unicorns left, even in Germany.