There is an alternative

Brexit is a brilliant affront to the politics of TINA. 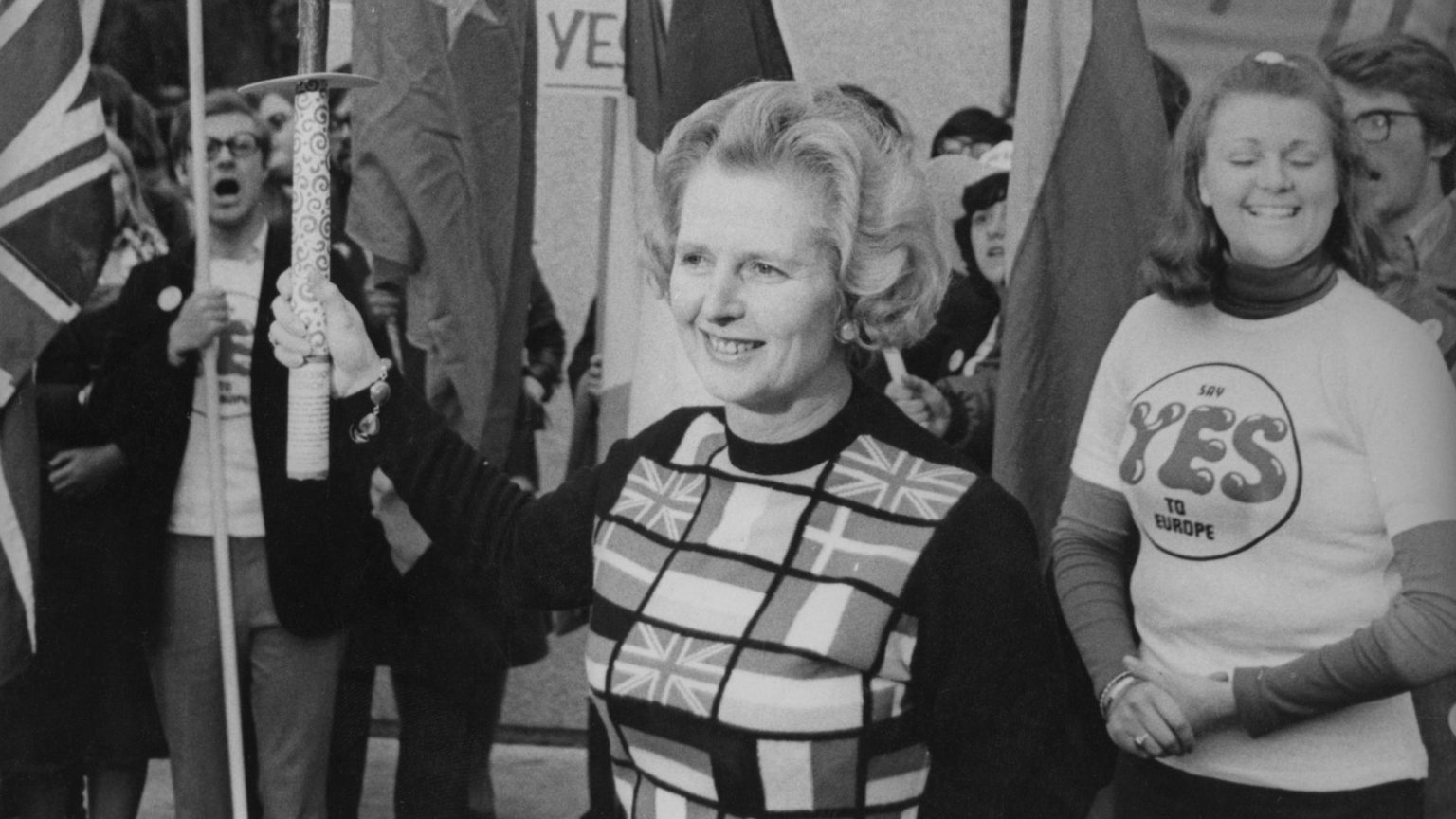 ‘There is no alternative’ – four words the British people are well acquainted with. TINA achieved fame as the slogan of Conservative prime minister Margaret Thatcher. She was saying there is no alternative to neoliberal economic policies. Today, TINA is the pessimistic underpinning of elites’ desire to preserve the political status quo. From housing to the NHS, immigration controls to the benefits system, the same response is always issued by the political class in response to calls for change: ‘TINA.’ Unsurprisingly, this phrase has become the mantra of those opposed to Brexit. Both sides of the House of Commons, alongside bureaucrats in Brussels, deploy TINA to try to stymie one of the biggest demands for change in recent political history.

Consider the prime minister, Theresa May – who is currently trying to promote her sell-out Brexit deal. At the start of her career as PM, she was sometimes compared to the Iron Lady. This comparison is overblown, except on one issue: May, like Thatcher, is a devotee of TINA. In November, May wrote in the Sun on Sunday that ‘there is no alternative plan on the table, there is no different approach that we could agree with the EU’. She said: ‘The course I have set is the right one for our country and the only one that will work.’ In short, there is no choice. We must take a battering from the EU, in the form of this shambles of a deal, because there is no alternative.

And what about the opposition leader, Jeremy Corbyn? Though Momentum and others cheer him on as the only hope for change, Corbyn’s Labour Party has proven itself, time and again, to be hostile to the Brexit vote, which was a very real demand for change. True, Corbyn hasn’t uttered the words ‘I support a second referendum’ – yet – but he is leading a party which has thrown its support behind the prospect of one.

‘Brexit can be stopped’, says the shadow Brexit secretary, Keir Starmer. ‘Brexit is a historic mistake’, Labour MP David Lammy told the House of Commons earlier this week. Even Corbyn’s formerly Eurosceptic mate, shadow chancellor John McDonnell, has said that a ‘People’s Vote’ is ‘inevitable’. Despite the fact that EU regulations would render Corbyn’s quasi-socialist plans to, for instance, renationalise the railways impossible, he and his supporters continue to view EU membership, or at least a Soft Brexit, as an attractive option for Britain. In his speech in the Commons debate earlier this week, Corbyn spoke of the ‘false choice’ between May’s deal and the much-feared No Deal option. Instead, he argued for a deal that would involve such close alignment with the EU you would be forgiven for thinking the Brexit vote had never happened.

But what did we expect? The EU itself was founded on the very same TINA politics espoused by much of the British establishment. Far from being a new dawn for European politics, the EU was formed in part as a get-out clause for gutless European leaders, unwilling to take on the responsibility of democracy. After the Second World War, and during the Cold War period, the leaders of nation states were all too willing to dampen democratic demands through a system of checks and balances that later crystallised within the structures of the EU. Europhiles claim the EU was born of a peaceful desire to prevent war and promote internationalism, but what it really represents is the Euro-elites’ desire to calm and control what they view as the dangerous passions of electorates, as expressed in that pesky thing called democracy.

A glance at the history of the EU’s actions, including its treatment of Greece, Italy, Denmark and Ireland, will confirm how hostile it is to the idea that there is an alternative way to do politics. The EU’s modus operandi is to keep a check on the goings-on of nation states, to pool and dilute the democratic control of prime ministers and presidents across the continent. Eurocrats are fully paid-up members of the cult of TINA. Consider what European Commission president Jean-Claude Juncker said about May’s Brexit deal last month: ‘This is the deal. This is the deal. I’m never changing my mind… This is the best deal possible for Britain, and this is the only deal possible.’

After decades of TINA fatigue, and years of understandable apathy among a disillusioned British electorate, Brexit was a reminder of what political life could be like. The Brexit vote, the biggest mandate in British political history, was a clear assertion that there is an alternative to the political status quo, and that we wanted British politicians to explore that alternative. And yet here we are, in Brexit no man’s land, with all sides of the debate using TINA as a means to bastardise our vote. If the EU won’t respect British demands for sovereignty, we should tell it to go to hell. And if our MPs can’t do their job and deliver on a clear directive from voters, we should tell them the same. It’s time for a radical alternative in British politics. It’s time for something new.