Theresa May’s rejection of Bibi’s asylum claim speaks to the perils of multiculturalism. 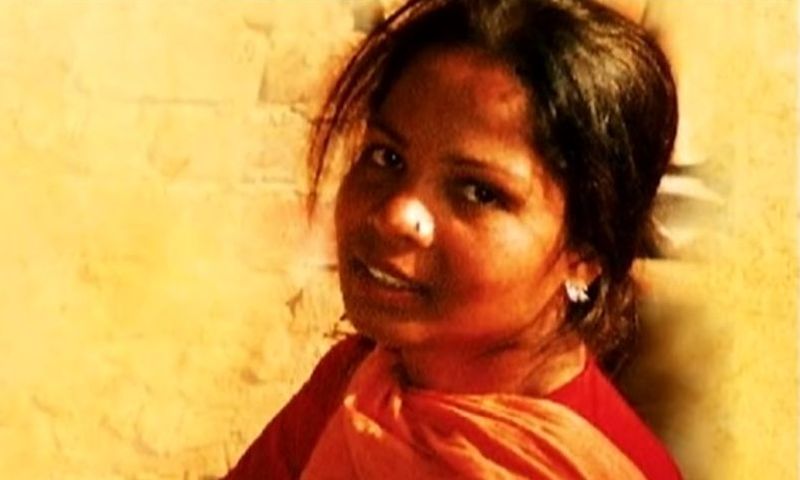 To see how machine-like Theresa May is, how technocratic, how bereft of principle, look no further than the Asia Bibi scandal.

It genuinely is a scandal: according to reports, May personally blocked Bibi’s application for asylum in the UK. Bibi is the Pakistani Christian who was sentenced to death for allegedly mocking Muhammad. Even following her acquittal by Pakistan’s Supreme Court last month – after she had languished on death row for nine years – mobs of hardline Pakistani Islamists have taken to the streets to demand that she be hanged.

She is the living definition of someone who needs asylum: a woman who is unsafe, who is threatened with death, for no other reason than that she follows the Christian faith and was the subject of a malicious accusation of blasphemy against Muhammad. Self-professed liberal countries ought to be falling over themselves to offer safe haven to this persecuted Christian. And yet May reportedly said ‘No’ to Bibi coming to the UK. It would risk inflaming community tensions here, she said. In order to preserve Britain’s multicultural peace, Bibi must be kept out.

The cynicism and cowardice of this position are staggering. May apparently heeded the advice of her officials: that to have Bibi in the UK would ‘stoke tensions’ among Britain’s Muslims and lead to UK embassies in Muslim parts of the world being attacked. The home secretary, Sajid Javid, reportedly tried to get May to change her mind and to assist Bibi and her family, but May wouldn’t budge. ‘She just followed the advice of the officials’, as one report puts it.

May to a tee: doing things by the book, carefully, stiffly, with no regard to matters of principle – in this case, the principle that when a woman who has been beaten, persecuted and imprisoned for the crime of being a Christian asks for your help, you offer it.

Think about the trade-off May is making. If the reports are correct, then May is essentially saying that placating angry radical Muslims takes precedence over assisting a persecuted Christian. Not doing anything to rile intolerant Islamists in Britain and overseas is more important than helping a woman who faces death for her Christian convictions. Keeping finger-wagging imams happy counts for more than keeping a harassed and assaulted Christian woman safe.

This is a form of appeasement. Appeasement of radical Islam. And its consequences could be dire, because May, whether wittingly or unwittingly, is sending a terrible message to Britain and the wider world: radical Islamist intolerance works. It has the desired impact. It can make Western politicians abandon their principles (or what are supposed to be their principles). If you make enough noise about the evils of ‘Islamophobia’, about the unacceptability of insulting Islam, about the possibility of violent payback against anyone who dares to diss Muhammad, then you can make Western politicians cave in and embrace your intolerant worldview. As May has.

May hasn’t only given the red light to Bibi’s family who reportedly ‘begged’ for the UK’s help – she has also given a green light to radical Islamists who use threats and menace to prevent the expression of certain views, the existence of certain ideas, and, it seems, the arrival of certain asylum-seekers. May has said to these people: ‘Okay, you win. Your menace has determined my policy on Asia Bibi.’ This will inflame Islamist intolerance in Britain and elsewhere because they now know their intolerance gets results.

And yet, while it is right that people are angry with May, to focus only on her officious cowardice in relation to Bibi would be to miss a far bigger and scarier picture – namely, that the UK’s inability to guarantee Bibi’s safety tells us a great deal about the moral mess this country finds itself in as a result of decades of official multiculturalism, the politics of identity, and censorship of criticism of Islam.

Because here’s a really uncomfortable fact: May’s official advisers are probably right that Bibi would face risks in the UK and that there would be ‘community tensions’ if she were given asylum here. That doesn’t excuse their rejection of her family’s plea for asylum – doing the principled thing often involves taking risks – but it is something we should think about and talk about and worry about. Britain in 2018 is a place where religious intolerance thrives and where policy, including asylum policy, is organised around the expected violent feelings of certain religious people. How did we get here?

We are reaping the consequences of years and years of officially sanctioned community separatism. The ideology of multiculturalism has nurtured cut-off communities in which values that are alien to the supposed British values of freedom, tolerance and democracy can gain traction and influence.

It has nurtured resentment and a culture of grievance, too. A core part of the ideology of multiculturalism is the idea that British society and most of its institutions and inhabitants are racist – ‘institutionally racist’ – and therefore we all pose a threat to minority groups and to Muslims in particular. ‘Britain itself is hostile to you’, the multiculturalists continually tell Muslim communities, ramping up a sense of separation and suspicion.

And multiculturalism’s obsessive protection of Islam from criticism – so that everything from Boris Johnson having a pop at the niqab to an Iranian secularist criticising Islam in a campus talk can be denounced as ‘Islamophobia’ – has had the effect of convincing some Muslims that their faith is beyond rebuke, beyond debate even. Such censorship is a licence to intolerance: it bolsters certain people’s belief that blasphemy against Islam is unacceptable, and possibly even punishable.

If it is true that Asia Bibi wouldn’t be safe in Britain, then that is partly down to the fact that we have in this country an informal version of the Pakistani laws under which Bibi was punished. The No Platforming of ‘Islamophobes’, the reluctance of British liberals to offer solidarity to Charlie Hebdo, the chilling of discussion about difficult issues like Muslim grooming gangs – the UK, like Pakistan, clamps down on testy, frank debate about Islam, and this contributes to British Islamists’ intolerance, to their illiberal belief that anyone who disrespects their religion must be taught a lesson.

Behind the UK’s unforgivable abandonment of Asia Bibi, a larger story is waiting to be told. One which goes far beyond Theresa May’s technocratic indifference to doing the right thing. Indeed, many of the leftists and liberals criticising May for failing to help Bibi bear some responsibility for the fact that the 21st-century UK is a potentially hostile place to those who are perceived to be critics of Islam. May might be appeasing intolerant Islamism, but it was their uncritical promotion of divisive multiculturalism and their pathologisation of concern about Islam that helped to nurture this intolerant Islamism. Bibi’s abandonment is on their hands, too.