A revolt of the ignored

The yellow-vest protesters have tapped into a widespread anger with the French elite. 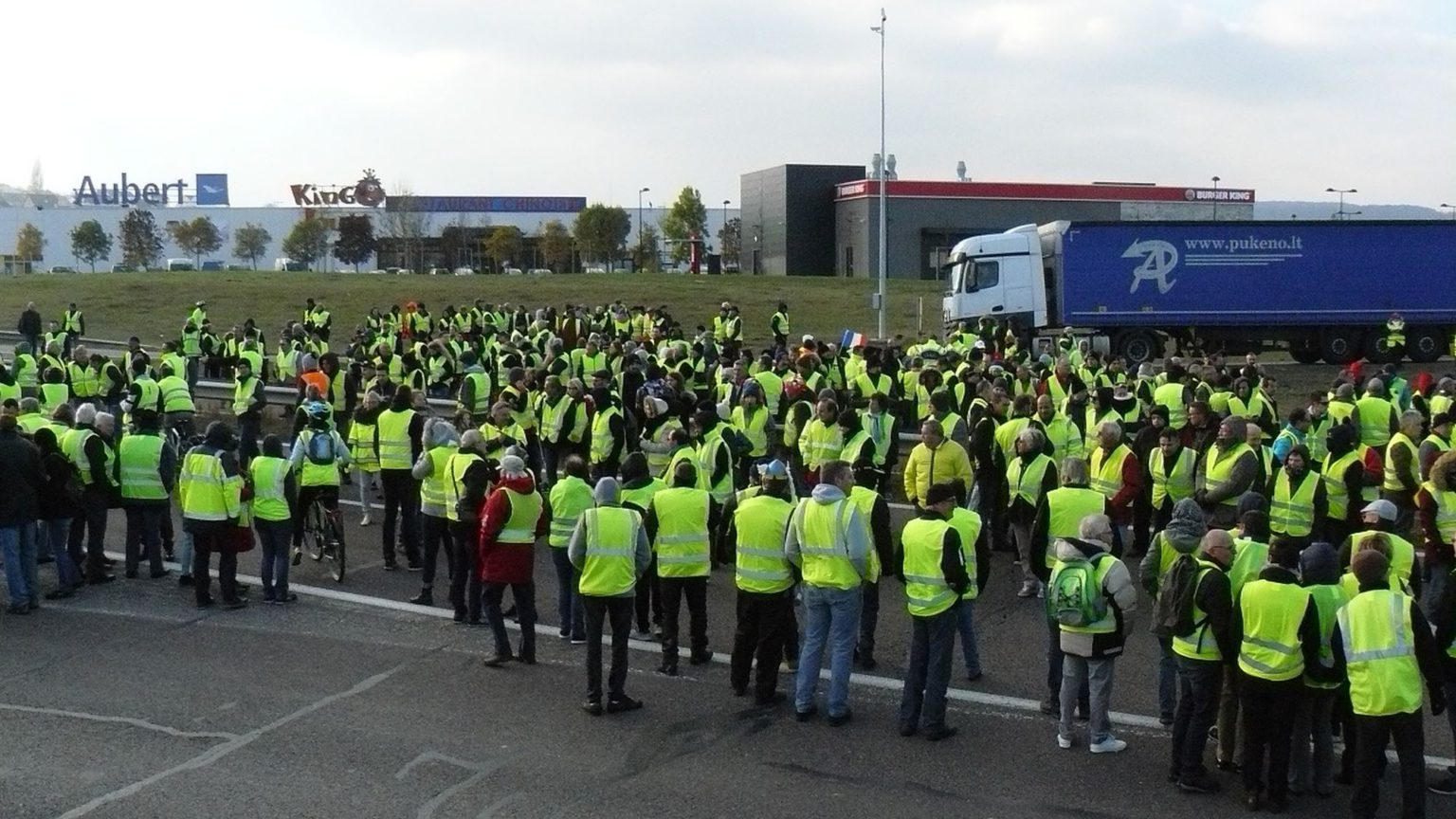 France’s gilets jaunes (yellow vests) took to the streets last weekend for the second weekend in a row, with over 100,000 taking part in marches, blockades and go-slows. The previous weekend saw nearly 300,000 protesters all across the country, threatening to bring France to a standstill. The anger has even spread as far as Réunion, a French overseas département off the coast of south-east Africa.

The yellow vests take their name from the hi-vis jackets that all French drivers are required to own by law, which protesters have fashioned into their symbol of resistance. The movement is spontaneous, leaderless and not connected to any existing political party, union or organisation. Its ad-hoc demonstrations are organised on social media.

What began as a protest against an environmentalist hike in fuel taxes has come to encapsulate a more general anger with the status quo. Many are particularly angry about the cost of living. French political scientist Jérôme Sainte-Marie told the BBC that the yellow-vest movement represents ‘the France of the majority’ – made up of people mostly in work, but who struggle to make ends meet and ‘often end the month in the red’.

The protests also speak to the divide between the left-behind periphery of France and the metropolitan centre, embodied by the distant, technocratic rule of President Emmanuel Macron. Macron is currently suffering from rock-bottom approval ratings and is seen largely as a ‘president for the rich’. He has become a target for the protesters. Marchers on the Champs Élysées last weekend could be heard chanting ‘démission Macron’ (resign Macron). One protester told the Guardian that ‘Macron is our Louis XVI, and we know what happened to him. He ended up at the guillotine.’

Of course, the rural-urban divide did not suddenly appear with Macron’s election in 2017. As economist Christopher Dembik points out in his analysis for the Saxo Bank Group, successive governments over the past 40 years have focused on the five or six big cities at the expense of smaller towns and rural areas. ‘The inhabitants of these regions are losing public services, experiencing rising unemployment, and increasingly lack even transit connections to the country’s commercial hubs’, he says.

But Macron has certainly compounded this divide. His vision of France as a ‘start-up nation’, his use of tax cuts and deregulation to woo tech, finance and the creative industries, explicitly favours the globalised, metropolitan elites. The fuel-tax hike, on the other hand, hits the periphery hardest. It is a technocratic measure, designed deliberately to discourage car use in order to fulfil environmental targets. But it ignores the reality of people’s lives. Outside of the major cities, people rely on their cars. They cannot just switch to public transport when provision is either sparse or non-existent. Nor can they afford to trade in their diesel cars for electric ones overnight.

According to a poll commissioned by the television channel BFM, 73 per cent of French people support the gilets jaunes, reflecting a popular disenchantment with the political class that cuts across left and right.

While Macron’s election in 2017 was celebrated by many liberals across the West as the antidote to the populist upsurges of 2016, it obscured deeper problems. In the second round of the presidential election, there was a record three million votes blancs (expressing a preference for neither candidate). The legislative elections that followed had the lowest turnout in the history of the Fifth Republic. The fact that huge numbers of French people feel cut off and ignored by the political process was clear well before the first yellow-vest protest.

The political class is largely unsure of how to respond to the movement. President Macron initially called the protests ‘shameful’ and vowed not to back down on the fuel-tax rises. He has since moderated his tone, speaking of ‘legitimate grievances that need a hearing’.

Some of Macron’s opponents are offering tentative support to the movement – or are attempting to channel it to their own ends. Marine Le Pen, the leader of National Rally who was defeated by Macron in 2017, has said she will not personally attend any marches, but she has urged her party’s activists to get involved – leading some to say the entire movement is tainted by a far-right presence. MPs of many parties have refused to march alongside these activists.

Left-wing firebrand Jean-Luc Mélenchon of the France Insoumise party has said the protesters’ anger is justified. But while many in his party sympathise with the cost-of-living issues, the party’s programme is even more extensive in its ambitions to cut carbon emissions, and supports the kinds of tax hikes that the gilets jaunes are railing against.

The media are equally torn on how to respond. A writer for Libération summarises the divide between commentators who see the yellow vests as representing the just anger of the people, and those who see them as a ‘band of polluting oafs, addicted to their cars, who need to be dealt with by the police’.

It is still early days for the gilets jaunes. It is unclear what political direction the movement will take and if it can sustain itself. But in raising the concerns of the ignored and the periphery of France, in rebelling against the distant, technocratic elite of the metropoles, it is surely a movement that deserves our solidarity and support.