Progressives against due process 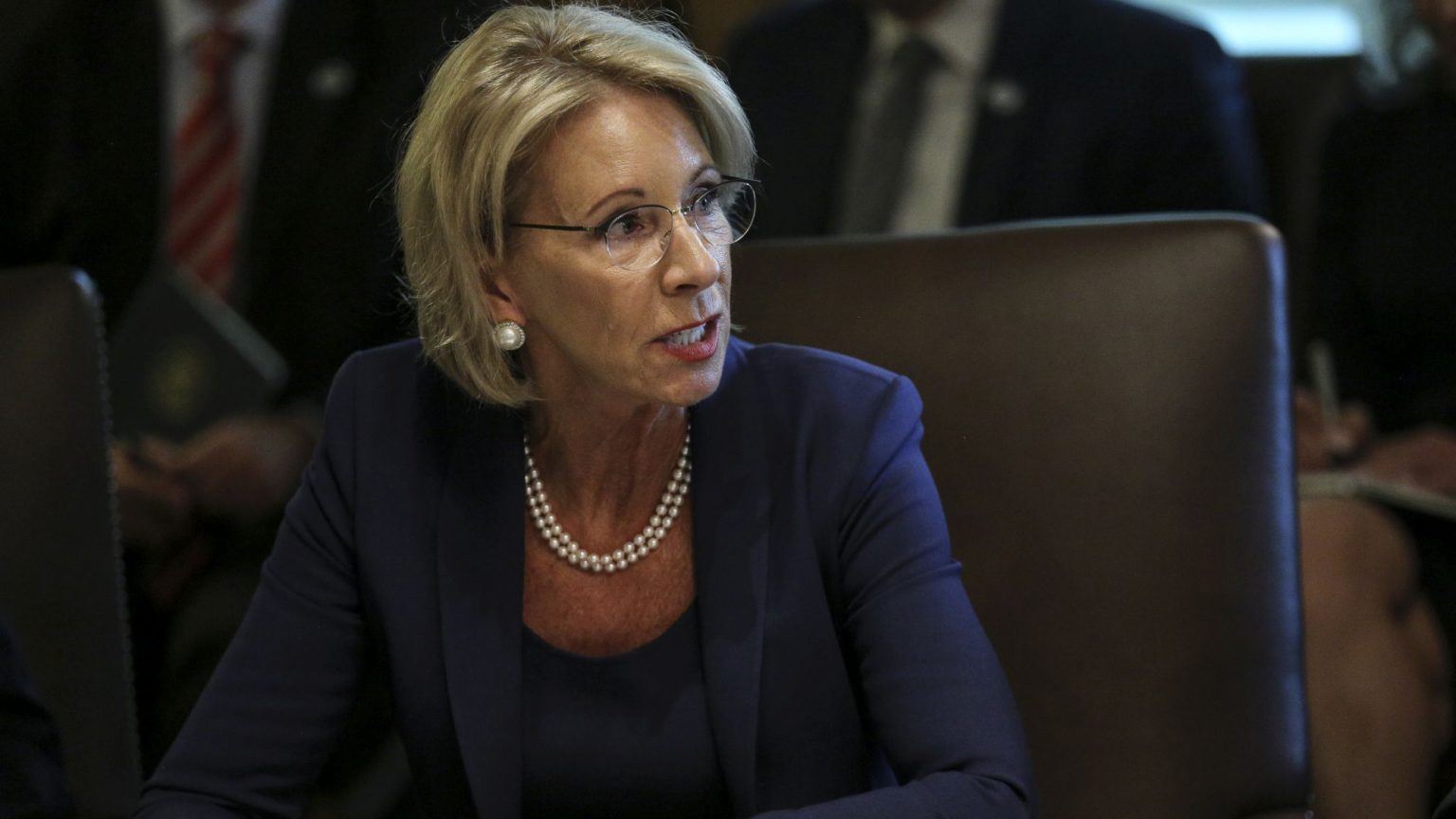 ‘Believe the victim.’ That’s the mantra of #MeToo activists and the bane of men’s rights groups, as well as non-partisan defenders of due process. It shaped the Obama administration’s interpretation of Title IX, the federal law prohibiting sex discrimination in education and a primary source of federal power over harassment and assault cases on US campuses. Pursuant to Obama administration ‘guidelines’ implementing Title IX, schools effectively presumed the guilt of accused students and denied them basic rights to defend themselves. Progressives embraced this approach and have reacted to the Trump Department of Education’s proposed revision of Title IX rules with predictable howls of protest.

The American Civil Liberties Union (ACLU), which once reliably defended the rights of Nazis, Klansmen and other deplorables, condemns the proposal for ‘promot[ing] an unfair process, inappropriately favouring the accused’, and making ‘schools less safe for survivors of sexual harassment and assault’.

Democrats agree: the Democratic National Committee characterises this as an effort by the Trump administration to ‘shield the accused and turn its back on victims’. Former vice-president Joe Biden thunders that it would sweep ‘rape and assault under the rug’ and shame ‘survivors into silence’. Democratic leader Nancy Pelosi called out secretary of education Betsy DeVos’s ‘anti-women and anti-equality agenda’.

What does that agenda comprise? In essence, it provides due process and free-speech protections for students accused of harassment and assault. It adopts a precise definition of sexual harassment promulgated by the Supreme Court, as so ‘severe, pervasive, and objectively offensive’ that it effectively denies equal educational access. The Obama administration dictated (and many colleges and universities adopted) a much broader, more subjective, standard of harassment as ‘unwelcome conduct of a sexual nature, including verbal conduct’. The effect on free speech was obvious: harassment could include, for example, jokes that some unintended listener found offensive.

The DeVos proposal also makes clear that Title IX does not require private colleges and universities to punish or prohibit speech that would be constitutionally protected in public institutions. This means that administrators can’t claim that they are legally obliged to restrict speech that some students consider offensive or discomfiting.

In assault cases, the proposal requires that colleges ‘objectively evaluate all evidence’, inculpatory and exculpatory, and provide live hearings affording both parties equal opportunities to present and review evidence, accompanied by advisers of their choice. It allows, but doesn’t require, schools to use a higher standard of proof than the minimal ‘preponderance of evidence’ standard, introduced under Obama.

It prohibits evaluation of testimony based on the status of a witness, as either accuser or accused. In other words, the proposal rejects the practice of categorically believing accusers and presuming the guilt of the accused.

Perhaps the most reviled and misrepresented provision gives both parties rights of cross-examination, long considered fundamental in our system of justice. But contrary to the claims of critics, the proposal does not allow for direct questioning of accusers by the students they accuse. Cross-examination would be conducted by student advisers, with limits on questions involving the accuser’s sexual history or alleged proclivities, and the parties would be sequestered in separate rooms during questioning, at their request, so that accusers are not directly confronted by their alleged assailants.

The neutral language used in the proposal to describe the ‘parties’ to sexual-misconduct disputes is worth noting. Students levelling accusations are not automatically and prejudicially labelled ‘survivors’, as they have been in recent years. Determining whether or not one student has, in fact, survived an assault while another has committed it is, after all, the purpose of a fair hearing.

Fairness was not a characteristic of campus sexual-assault cases under the Obama administration rules, which promoted biases and procedures that favoured accusers and led to hundreds of lawsuits by students who were found guilty after being afforded no reasonable opportunities to defend themselves. As the Foundation for Individual Rights in Education (FIRE) notes, since the Obama rules were promulgated in 2011, ‘approximately 117 federal courts, as well as a number of state courts, have raised concerns about the lack of meaningful procedural protections in campus adjudications’. Opinions criticising the absence of fair procedures ‘were authored by respected judges nominated by Democratic and Republican presidents alike and confirmed by Republican and Democratic Senate majorities’.

But federal judges do not face elections every two or six years. House and Senate Democrats do, and they have adopted the language and leanings of their progressive base and the precepts of #MeToo. They will attack the rule revision histrionically, while newly empowered House Democrats grill Betsy DeVos. The ACLU’s opposition to injecting due process and speech rights into Title IX proceedings will win them enough support from progressives to protect them from any criticism levelled by a handful of unrepentant civil libertarians. The Brett Kavanaugh debacle only intensified resistance to rules that complicate the process of finding accused students guilty. 2020 approaches, and the fever won’t break anytime soon.

This article originally appeared on WGBH.org.