EU militarism is nothing new

Macron’s plan for an EU army is the tip of the iceberg. 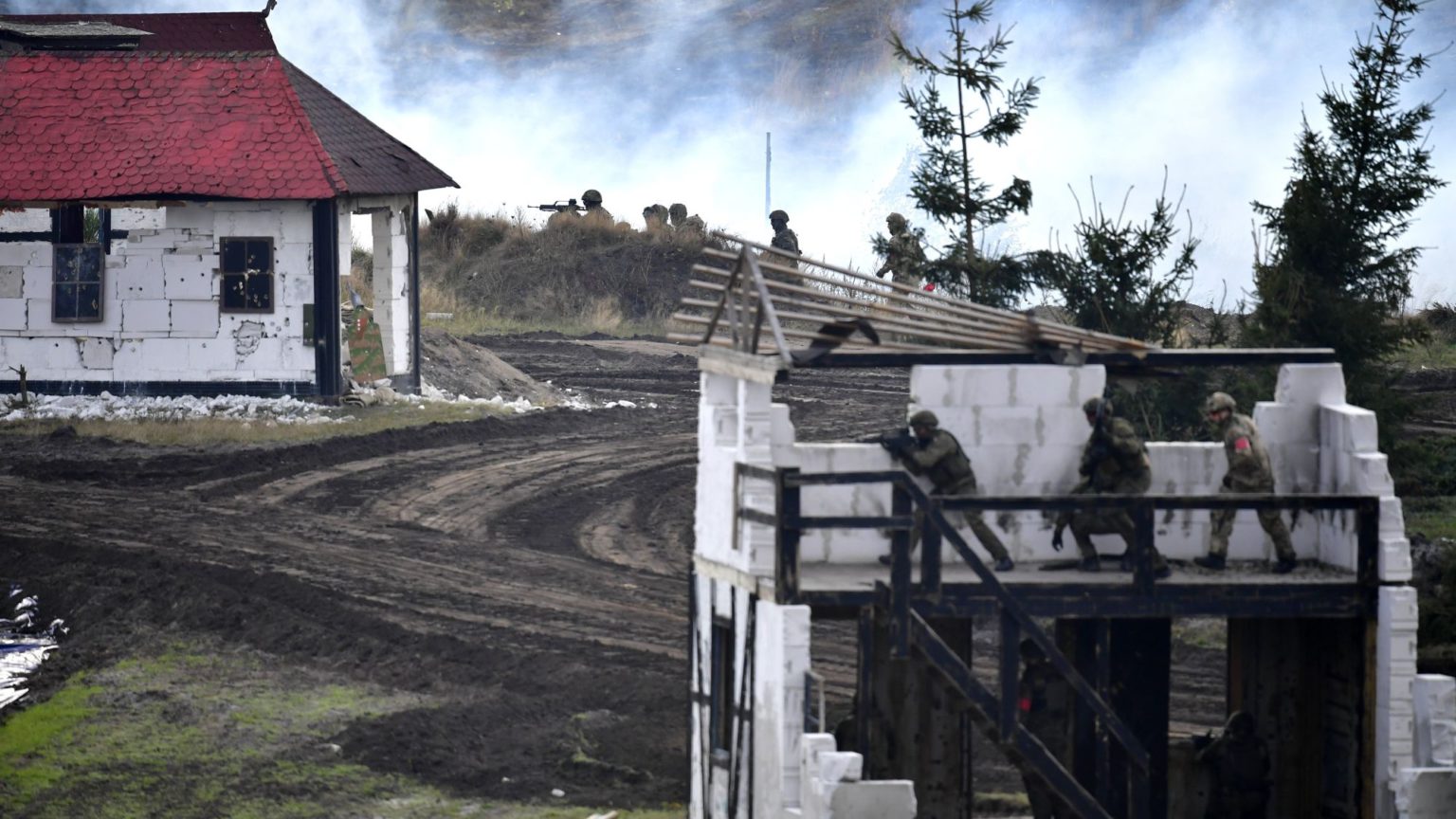 For those of us in Britain who oppose military intervention in other nations’ affairs, a real Brexit would be a boon because it would give the EU less control over our military affairs. Sure, Britain might for some years remain part of NATO. But at least we wouldn’t have to keep up with all of the EU’s sparkly new initiatives in what it, like Whitehall, misleadingly calls ‘defence’.

German chancellor Angela Merkel made headlines this month when she endorsed French president Emmanuel Macron’s proposal for a ‘true European army’, ‘to protect ourselves with respect to China, Russia and even the United States’.

But EU-wide military cooperation is already underway. While Tory Eurosceptics often exaggerate the cohesion of the EU’s efforts to grow its militarism, these projects do exist, and have been growing.

Founded earlier this year, PESCO has already launched a raft of new defence projects among the EU’s members. These include a ‘Joint EU Intelligence School’ to be led by Greece and based in Cyprus, as well as medium-range missile systems, helicopter ‘hot and high’ training, amphibious assault vehicles, mobile-precision artillery and drones.

We don’t hear much from Remainers about all these wonderful developments.

There are also various defence initiatives that predate PESCO. There’s the 1999 Common Security and Defence Policy, aka the European Defence Union, which funds some EU military operations. Member states’ defence chiefs already get together as part of the European Union Military Committee (founded in 2001). Meanwhile, the European Defence Agency, established in 2004, tries to coordinate research, technology, capabilities and crisis management in defence.

Money continues to be poured into EU defence projects. In June, the European Commission proposed that the EU’s European Defence Fund, launched in 2017 with €5.5 billion for collaborations in weapons research, development and acquisition, should have a budget of €13 billion between 2021 and 2027 – a massive increase. That same month, EU foreign affairs and security chief Federica Mogherini proposed yet another military instrument: a €10.5 billion body, funded outside the EU’s long-term budget, to improve the financing of military operations and ‘guarantee international security’. Its name: the European Peace Facility, naturally.

None of this is to say that these kaleidoscopic manoeuvres are getting the EU any closer to a unified defence apparatus. Britain, Denmark and Malta are not part of PESCO. And for Juncker’s dream of a real European Defence Union to become a reality, all the EU’s heads of state have to agree to that. Legally, politically, financially, in terms of arms procurement and in field operations, a common defence posture for the EU is a non-starter.

After all, it is bits of NATO, not the EU, that intervened in Libya in 2011, plunging it into chaos. And it is an informal coalition of the US, France and Britain, not Brussels, that has meddled in Syria. Altogether, harmonising EU defence has turned out to be even harder than reconciling Greece to Germany in the Euro.

But nor is this to say that EU militarism is having no effect. EU military ‘trainers’ are currently active in Africa, under a central command centre, from Mali through Somalia to the Central African Republic. Through its cuddly European Neighbourhood Policy, the EU has meddled in Ukraine. Through its Regional Multiannual Indicative Programme for Central Asia, it is now trying to extend its influence into Kazakhstan, the Kyrgyz Republic, Tajikistan, Turkmenistan and Uzbekistan.

Then there’s the Eastern Partnership. Launched in 2009, it aims to deepen relations between the EU and its six Eastern neighbours: Armenia, Azerbaijan, Belarus, Georgia, the Republic of Moldova and Ukraine. ‘Stronger security cooperation’ is one of its ‘20 deliverables for 2020’.

Much further afield, EU forces have taken part in maritime exercises with the Association of South-East Asian Nations. As Federica Mogherini recently boasted to her hosts in Australia, ‘This is new’.

Euro-defence? The EU’s future prospects of developing a unified military apparatus aren’t good. But for Britain and the developing world, its habits in the present are already dangerous enough. Time to steer well clear.