Ireland is still no haven for free speech

We are replacing one form of blasphemy with another. 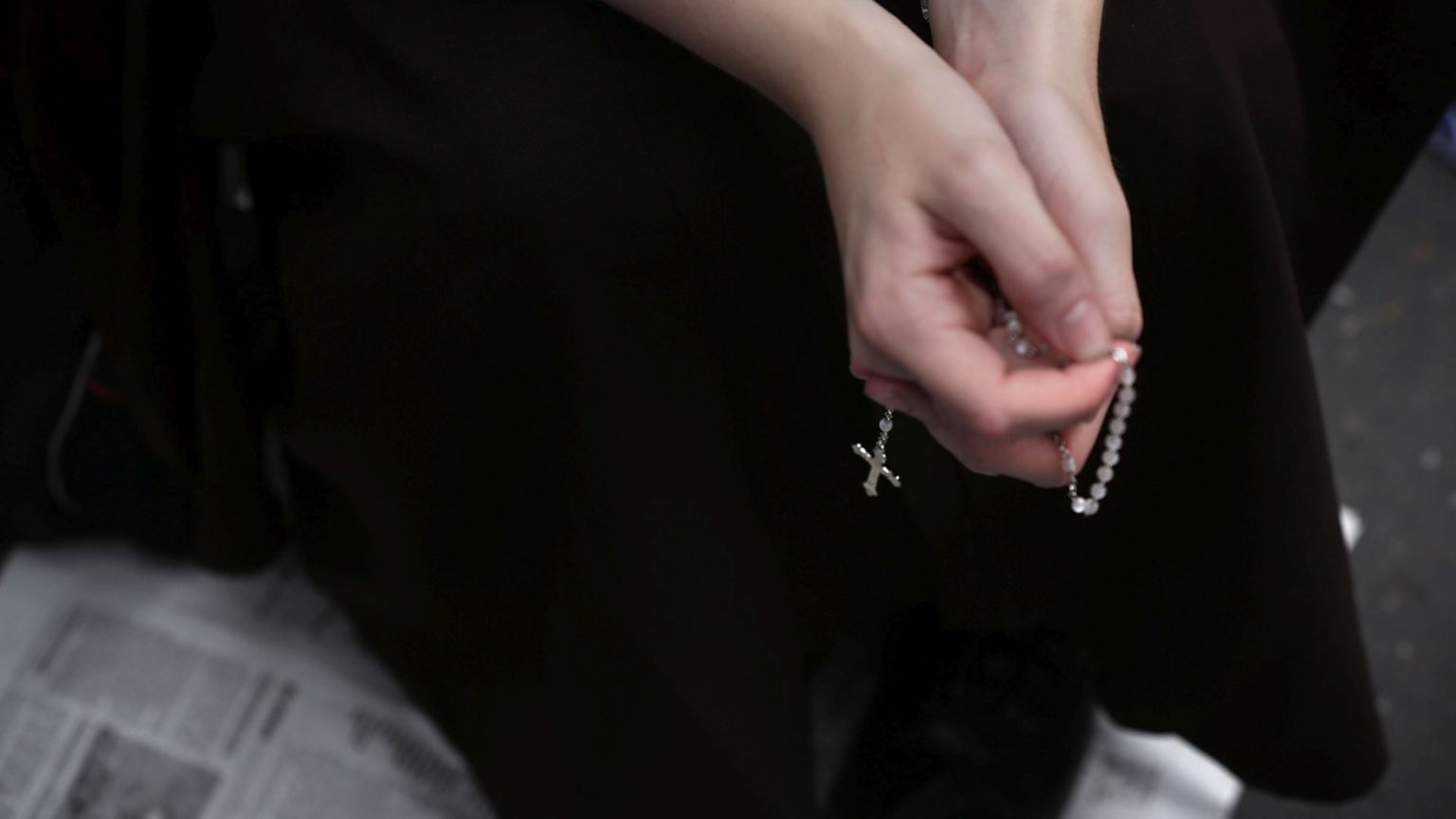 Last Friday, 1,492,338 Irish people went to the polls to cast their vote in a democratic exercise which they knew would achieve nothing, which few of them really wanted, and which had been most notable for its long periods of torpor and apathy, only to be interrupted by a late burst of hysteria and accusations of racism.

Oh, we also voted to get rid of blasphemy from our Constitution – by an impressive 69 per cent to 31 per cent margin.

The presidential election was held on the same day and saw the popular incumbent, Michael D Higgins, face off against two women and, rather improbably, three judges from the Irish version of Dragons’ Den.

The whole jamboree had trundled along in a boring and predictable fashion until American-based Irish millionaire and Dragon, Peter Casey, touched the closest thing to a third rail in Irish politics – the vexed issue of Travellers.

That, at least, imbued a previously dull and uninspiring contest with something approaching relevance, and the fact that he rose from bottom of the heap on one per cent in the polls on the Tuesday to a remarkable 23 per cent, and second place in the vote, on Friday provoked a paroxysm of outrage from the great and the good of Irish society, with one prominent Irish Traveller, the actor John Connors, muttering darkly about ‘concentration camps’ being planned for his people.

The run-up to the blasphemy referendum, on the other hand, was even more subdued, despite the fact that it was a far more important vote than whoever gets to be president, which in Ireland is a largely ceremonial position whose main requirement of the winner is that they know which cutlery to use at state banquets.

In the curiously Irish way of doing things, blasphemy had been on the books since the 1937 Constitution was framed, but the legislation was obsolete and had been considered redundant for several decades.

Then, in 2009, and for reasons still best know only to him, then minister for justice Dermot Ahern amended a new Defamation Bill to include a provision for blasphemy and described it as: ‘A matter that is grossly abusive or insulting in relation to matters held sacred by any religion, thereby causing outrage among a substantial number of the adherents of that religion.’

The decision to tack this ludicrous clause on to a Defamation Bill which was, ironically, meant to liberalise the media, and which came with its own €25,000 fine, never made sense to anyone – least of all Ahern, who tried to claim that they had framed it in such a way as to make a prosecution virtually impossible.

That was the first time any Irish observers can remember a minister for justice boasting about creating a deliberately unworkable law.

There was widespread consternation at the inclusion of blasphemy at the time, further exacerbated by the fact that Saudi Arabia and Pakistan both congratulated Ireland for our stance. Even for a country which has often had an unhealthy obsession with what others think of us, that fact, more than even the legislation itself, enraged many Irish people.

But while Pakistan and Saudi Arabia may have made for uncomfortable fellow-travellers on the road to blasphemy, it was a case brought against Stephen Fry which made international headlines.

During an interview on Irish television in 2015, Fry was asked about his views on God and what he would say to that deity should he ever meet him.

Fry’s response was that he would say: ‘How dare you create a world in which there is such misery? It’s not right, it’s utterly, utterly evil. Why should I respect a capricious, mean-minded, stupid God who creates a world which is so full of injustice and pain?’

Those remarks may have come from the Holden Caulfield school of posturing-while-stating-the-bleeding-obvious, but an Irish TV viewer immediately contacted the Gardai and a criminal investigation was opened.

In a moment worthy of Flann O’Brien, the cops later admitted that because they couldn’t find a ‘substantial number of adherents’ who were grossly offended, there was no victim and therefore there would be no prosecution, giving Fry license to be even more smug than usual when he said he found the whole thing ‘enchanting’.

There has always been a whispered suspicion that the person who made the original complaint was actually an atheist activist who wanted to highlight the patent absurdity of such legislation and, for many Irish people, the whole notion of blasphemy on our books was seen almost as a minor quirk; a legislative anomaly which had no relevance.

It was, went this smug and ignorant narrative, a victimless crime.

That there were still people holding that point of view in the run-up to Friday’s referendum provides an example of the convenient amnesia which afflicts many of us in the West.

What seemed to have been either forgotten or ignored was that in the wake of the Charlie Hebdo slaughter in January 2015, when 12 journalists were murdered for offending Muslims, Irish newspapers and broadcasters were warned by Islamic leaders in this country that we would be prosecuted under the blasphemy legislation if we ran any of the offending cartoons.

It’s still a topic of some debate in some newsrooms whether any Irish paper would have run the cartoons at all, or whether it provided a convenient excuse to cover the story without showing the images.

But the fact remains that one Islamic cleric in one mosque in Dublin was able to make an editorial decision for all Irish media.

That incident provided a reminder, even if it was seldom mentioned in the build-up to last week’s vote, that you don’t have to use specific legislation to shut down free speech – you merely have to threaten its use.

With the exception of the predictable Muslim opposition to its removal, and the spectacular, almost impressively ill-conceived assertion from one campaigner who claimed that the Holocaust only happened because there was no blasphemy clause in Nazi Germany, even many of those who argued against removing it seemed to do so reluctantly and rather timidly.

Our last two referendums, which ushered in same-sex marriage and then abortion, were widely regarded as a sign of Ireland’s rising appetite for a more liberal society, and it would appear that even those religious conservatives who would prefer to have kept blasphemy a criminal offence realised that this wasn’t the hill they wanted to die on.

Ultimately, the value of removing the legislation is arguably less than the danger it would have caused had it been retained.

But it would be a mistake for observers to get too excited about Ireland apparently emerging, blinking into the light of a new day where freedom of expression is enshrined in law.

After all, many of the groups who wanted to remove blasphemy from our Constitution, such as Amnesty Ireland and the Irish Council for Civil Liberties, are also in favour of introducing stringent hate-speech laws.

That would immediately make our vote entirely moot, seeing as hate speech and blasphemy are now essentially distinctions without a difference in Europe.

Indeed, as the greatest Irish comedian of them all, Dave Allen, once said – if they don’t get you one way, they’ll get you by another.